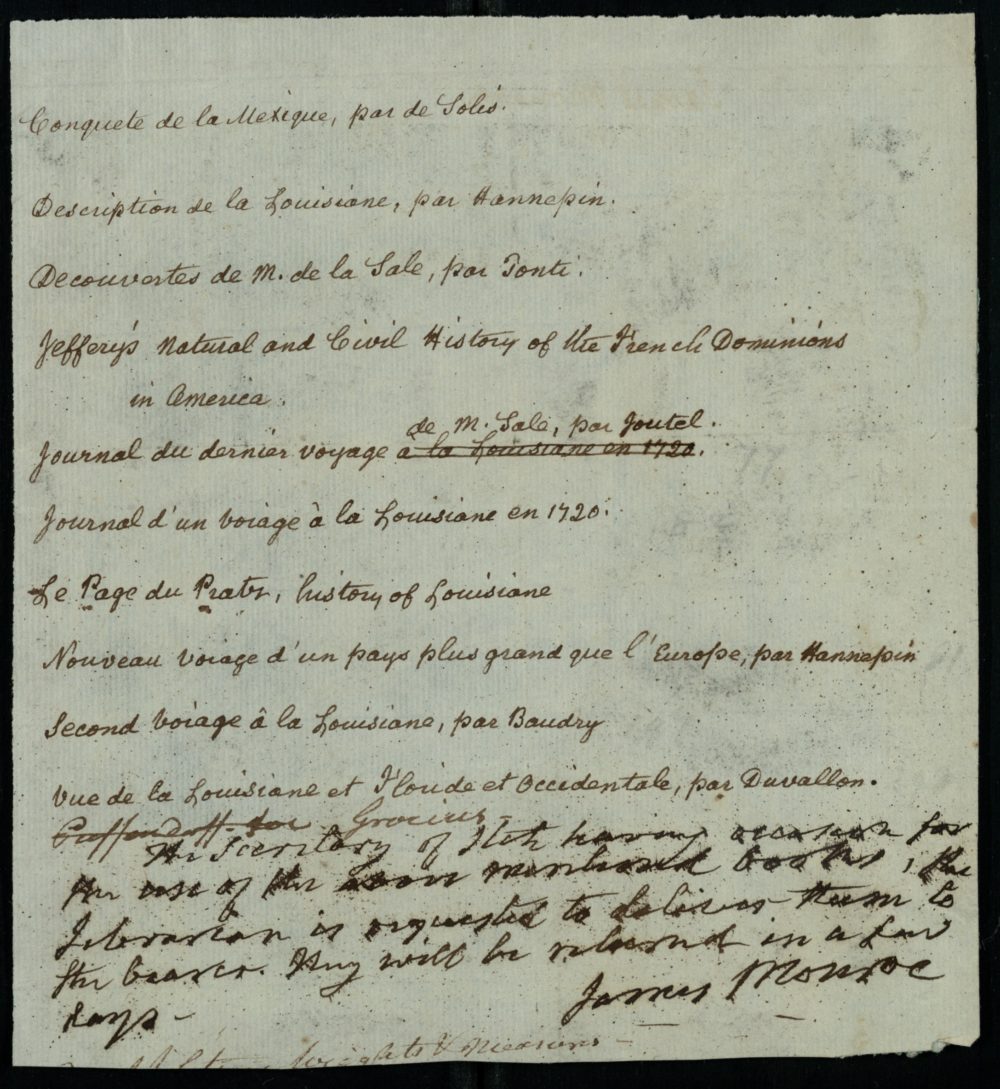 While serving as Secretary of State between 1811 and 1817, James Monroe wrote to the Librarian of Congress requesting books about Louisiana, which the United States had purchased from France in 1803.

Most of the books on Monroe’s list were written  during the French Colonial Period, which lasted from 1682, when René-Robert Cavelier, Sieur de la Salle, claimed the Lower Mississippi for France, to 1763 when France surrendered its North American territories to Great Britain at the conclusion of the Seven Years’ War.

Several of these books were translated into English at that time so that readers from Great Britain could better understand the territory it had just won. Five decades later it was the new United States of America’s turn to better understand Louisiana.

While the books on Monroe’s list remain the backbone of what is known about colonial Louisiana, the story they tell is in many ways a recycled story – borrowed from one writer by another, translated from one European language into another, and handed down from one government to the next. It is also the story of Louisiana as a new and unfamiliar country that awaits discovery, even though by 1811 Louisiana had been explored and charted by many Europeans since Hernando de Soto first did so in the 1539 and was home to tens of thousands of American Indians who had long-standing military and trading partnerships with Europeans ranging from Texas to the Carolinas.

The idea of Louisiana as an unknown country persisted for more than two-hundred years, and it shaped the French, English, Spanish, and United States perceptions of the region. By undiscovering Louisiana, by dismantling the narratives of discovery that shaped and limited Louisiana from de Soto’s time to Monroe’s, glimpses of a different Louisiana emerge. 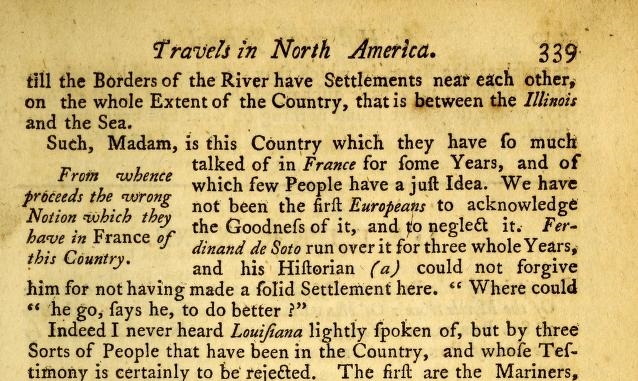 “We have not been the first Europeans to acknowledge the Goodness of [Louisiana], and to neglect it.“

Curated By: Adam McKeown and the students of Early Modern Transatlantic Literature (ENLS 4040)