This section of the exhibit Pan-American Life in New Orleans hones in on the history of the workforce of the Pan-American Life Insurance Group (PALIG). For the past 100 years, PALIG has produced an array of employee magazines and other materials highlighting the work and lifestyles of its workers in the New Orleans Home Office and those staffing its affiliates abroad. These publications and archives, displayed throughout the lobby, offer a window on the diverse activities and identities of a workforce spanning more than 15 countries in North, Central, and South America and the Caribbean. Among the salient threads that run throughout are the advent of new technologies and the central role of women in the company, highlighted on the near wall.  The exhibit case to the right focuses on defining the business of insurance and considers the tools used to collect, appraise, and manage personal data.  Also at right,  we invite the viewer to an Augmented Reality (AR) experience featuring reflections, inspirations, and visions of PALIG’s first president, Crawford H. Ellis, and José Suquet, the company’s current CEO, in their own words, along with a virtual mapping of select materials from the exhibition revealing the geographic extent of historic moments in the Pan-American life of New Orleans through time.  At the opposite end of the lobby, the two walls and exhibit cases center on PALIG’s robust Latin American workforce in New Orleans and abroad, which has constituted a pillar of the company’s business model since its founding.  The Pan-American Life Insurance Group collection of research materials donated to The Latin American Library offers multiple avenues for investigating the history of twentieth-century corporate culture in the Americas from both local and transnational perspectives. 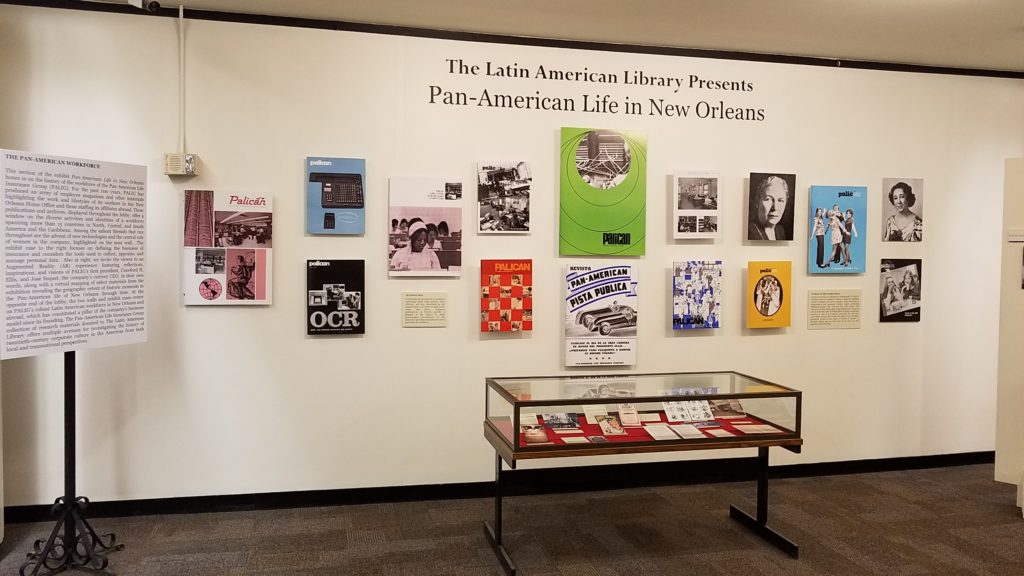 The exhibit case in front of the main lobby wall is titled, “Essentials of Life Insurance,” shown below, with the intention of showcasing a few items from the Pan-American Life Insurance Collection to mention some interesting facts and essentials about what life insurance is, what its origins are, how it functions, and what are some popular conceptions about the industry.

Contents of Case 7, Essentials of Life Insurance, one of the lobby physical exhibits at The Latin American Library.

Writers on the history of life insurance often point to the burial societies of ancient Rome as giving rise to the modern industry.  Ancient Romans believed that if the living fail to observe the appropriate funeral and burial rites, the spirits of the dead would return to haunt and molest them.  Burial societies became a way to help ensure that all citizens would be able to provide a proper funeral for their family, real or fictive.  Under Augustus, a portion of each soldier’s pay was set aside and pooled to cover the funeral expenses of society members.  This club benefit was particularly important to soldiers because their profession exposed them to a high risk of early death or death far from home, as was the case for Centurion Marcus Caelius, below. 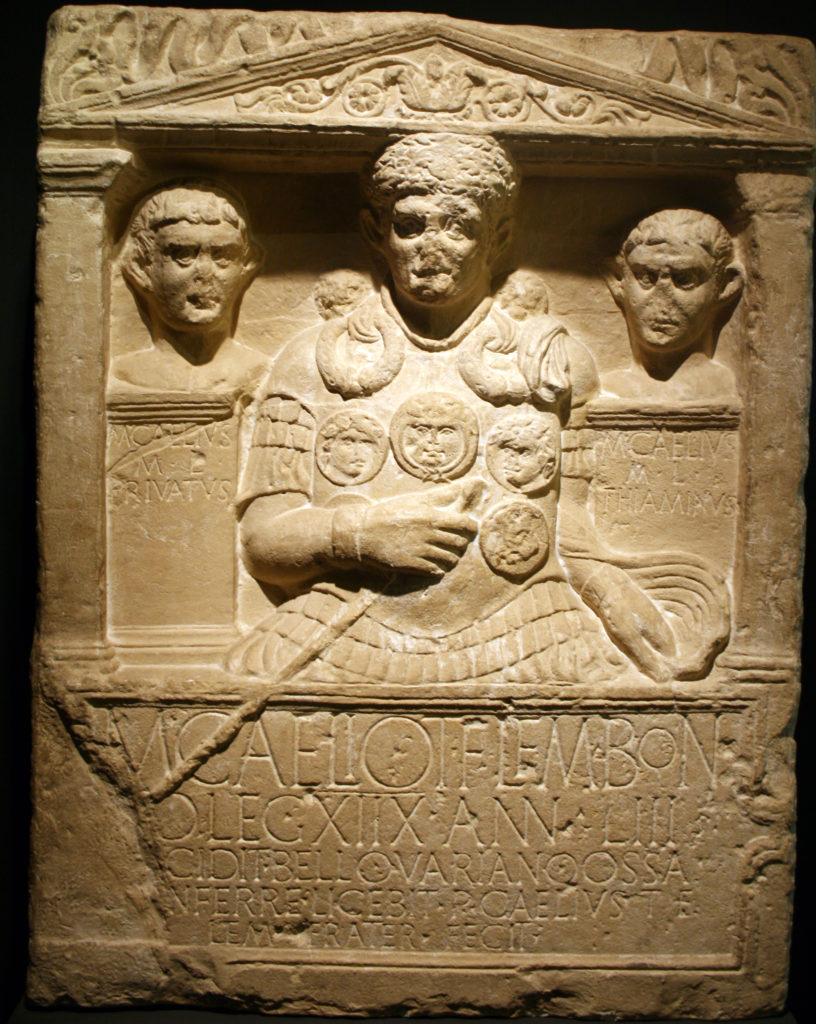 Benjamin Franklin observed firsthand the social good of life insurance during his time in Europe.  He would later be instrumental in helping Philadelphia, Pennsylvania become an early center where businesses and private citizens could purchase assurances beginning in 1752.  Life insurance would come 60 years later.  He wrote from London in 1769,

“A policy of Life Assurance is the cheapest and safest mode of making certain provisions for one’s family.  It is time our people understood
and practiced more generally Life Assurance.”

Just as Benjamin Franklin sowed the seed of life insurance from Europe into the United States, Crawford H. Ellis was also visionary, founding the Pan-American Life Insurance Company (PALIC) in New Orleans in 1911; thereby, transplanting the industry into the rest of the Americas.  Ellis recounted the inspiration for founding the company in a speech recorded in 1957 on the occasion of his 84th birthday (see link below).  New Orleans continues to be ideal location for the intersection of North American and Latin American business interests.  In a video link (see link below), the current CEO and board member of the Pan-American Life Insurance Group, José Suquet, discusses the unique position of New Orleans in this respect.

Life insurance is a death benefit in the form of a tax-free, lump sum of funds paid out to beneficiaries on the event of a policyholder’s death.

One enters into a contract or policy (shown below) with a life insurance provider for one of two types of life insurance:  Term, which expires after a set number of years; or Whole, which is active as long as the premiums are paid.  The policyholder pays a monthly cost or premium to keep the policy active.  If or when the policyholder dies, the provider pays out the death benefit to assigned beneficiaries.  The cost of the premium depends on several factors that vary from person-to-person:  age, health, health history, place of residence, profession, pastimes, and benefit amount.

Cover of a Pan-American Life Insurance Company policy issued in 1929.

Double indemnity is a policy clause that allows for a payment of double the face-value of the policy in the event that the policy holder’s death is an accident.  James M. Cain used this benefit as a plot driver in his 1941 crime novel, Double Indemnity (below). 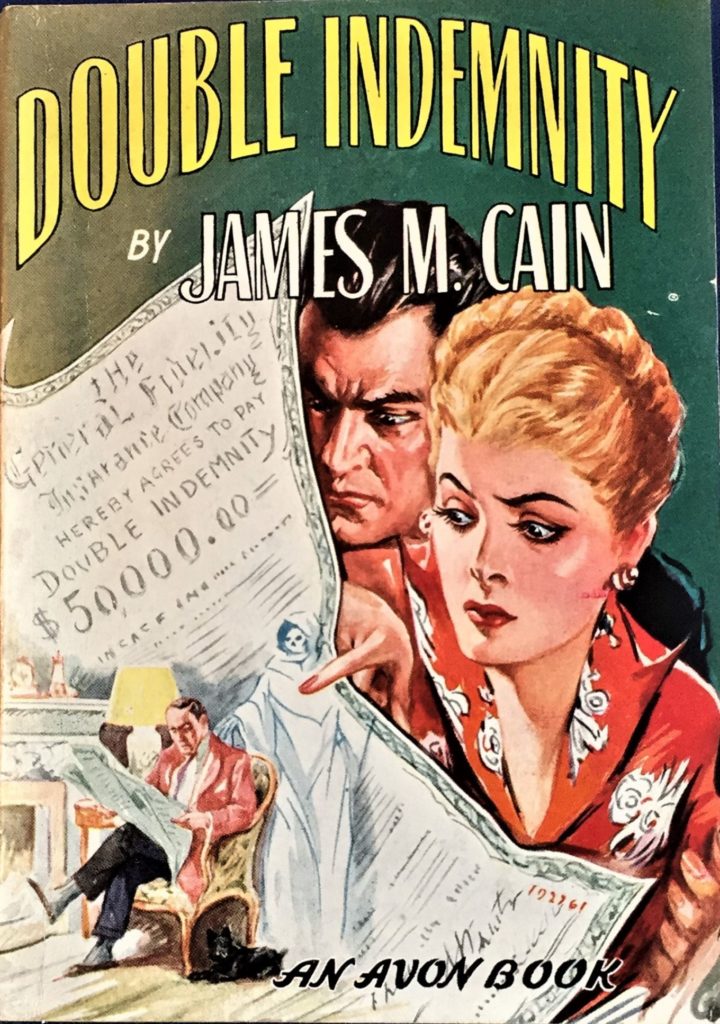 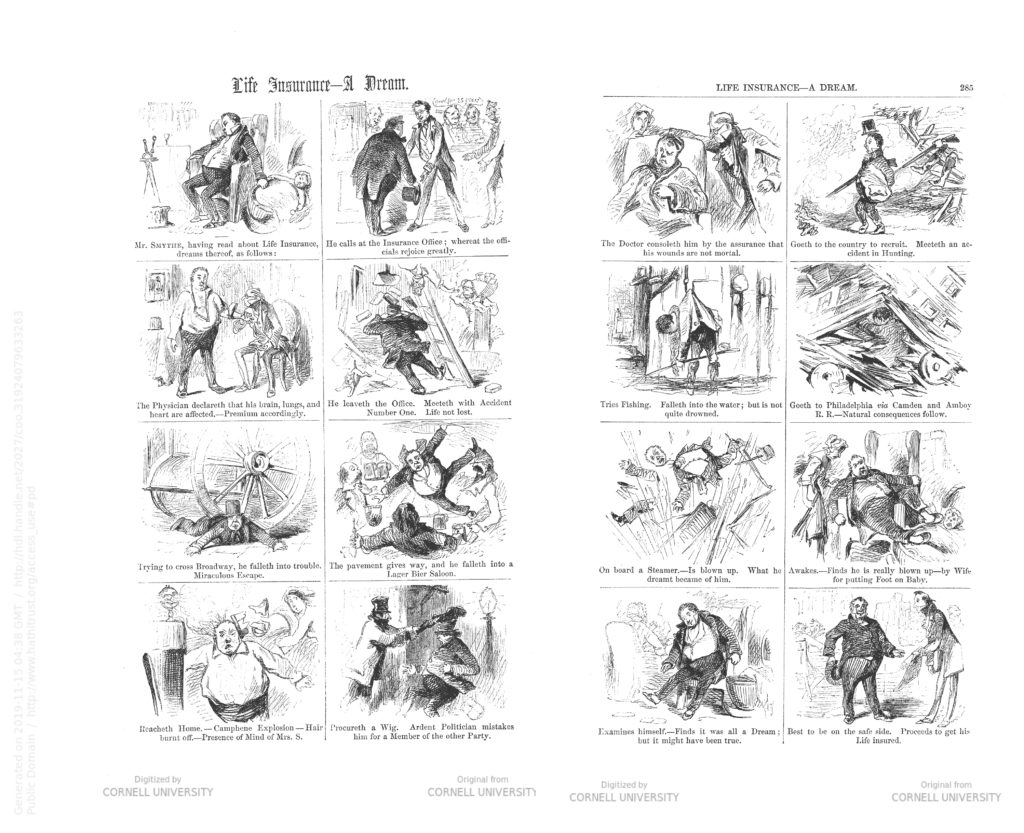 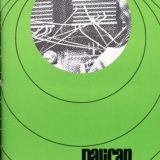 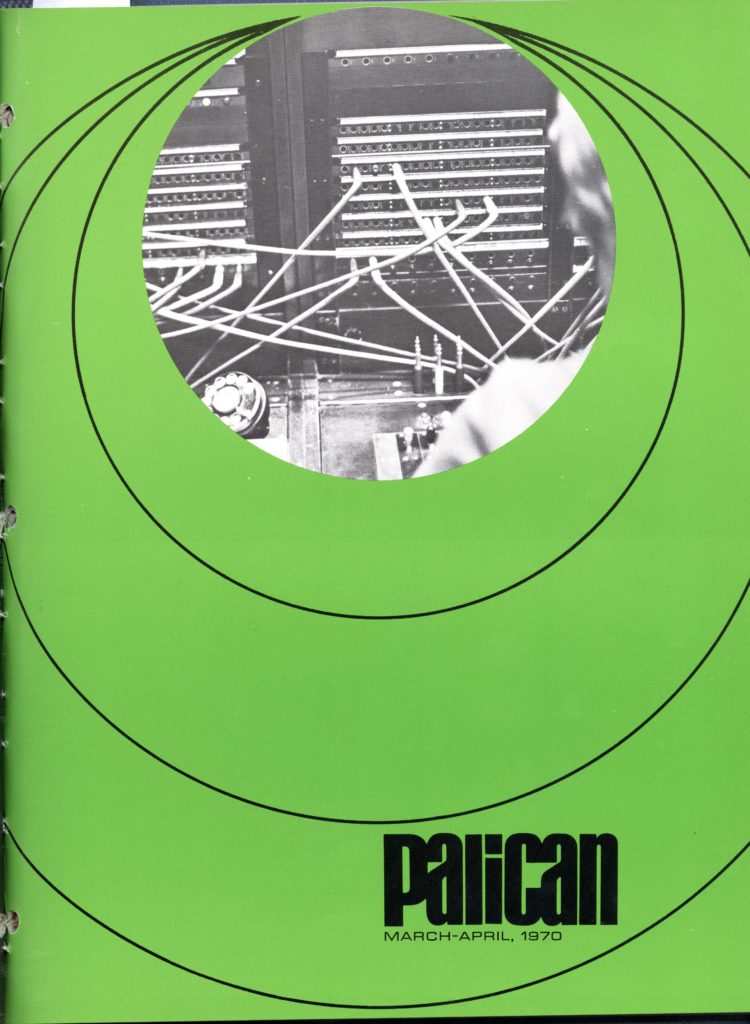 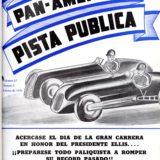 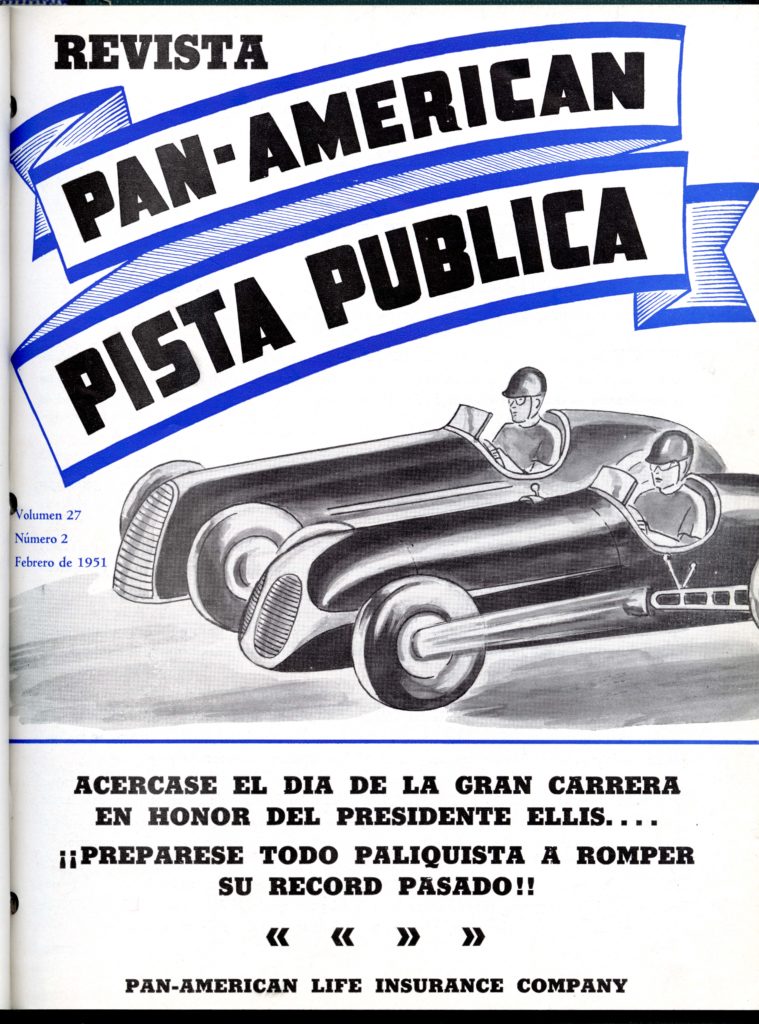 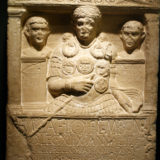 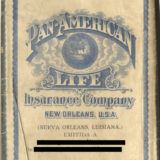 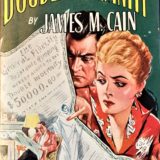 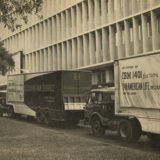 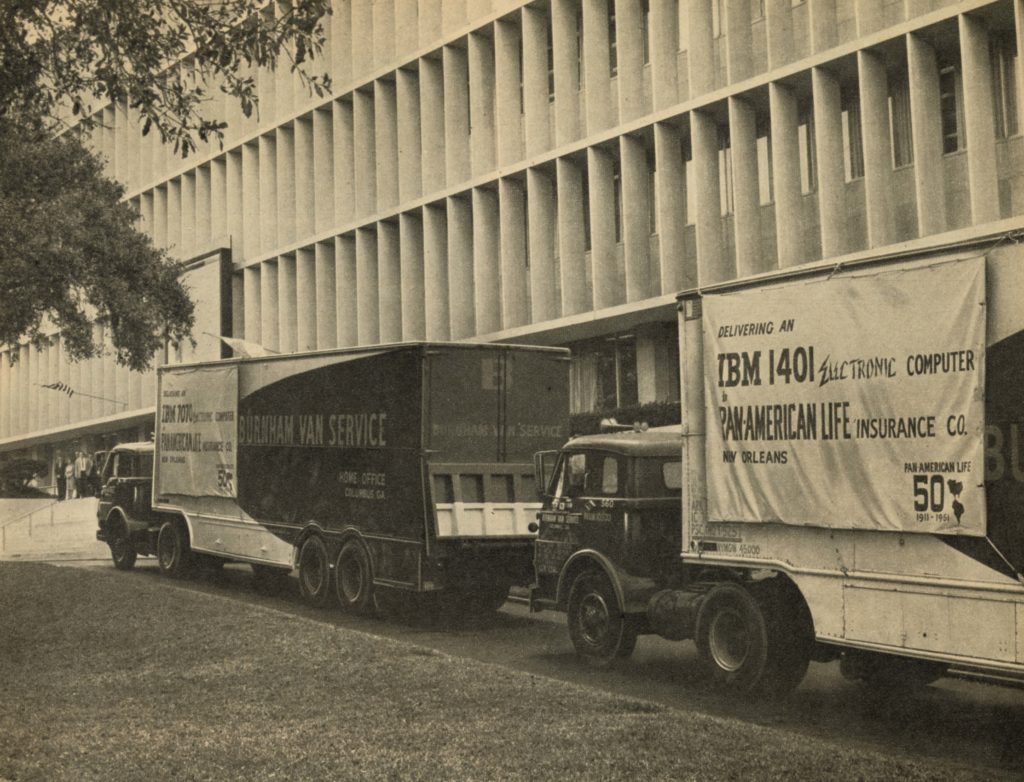