Ritual Hunting of the Xavante of Brazil 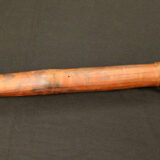 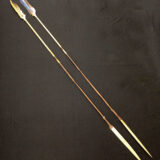 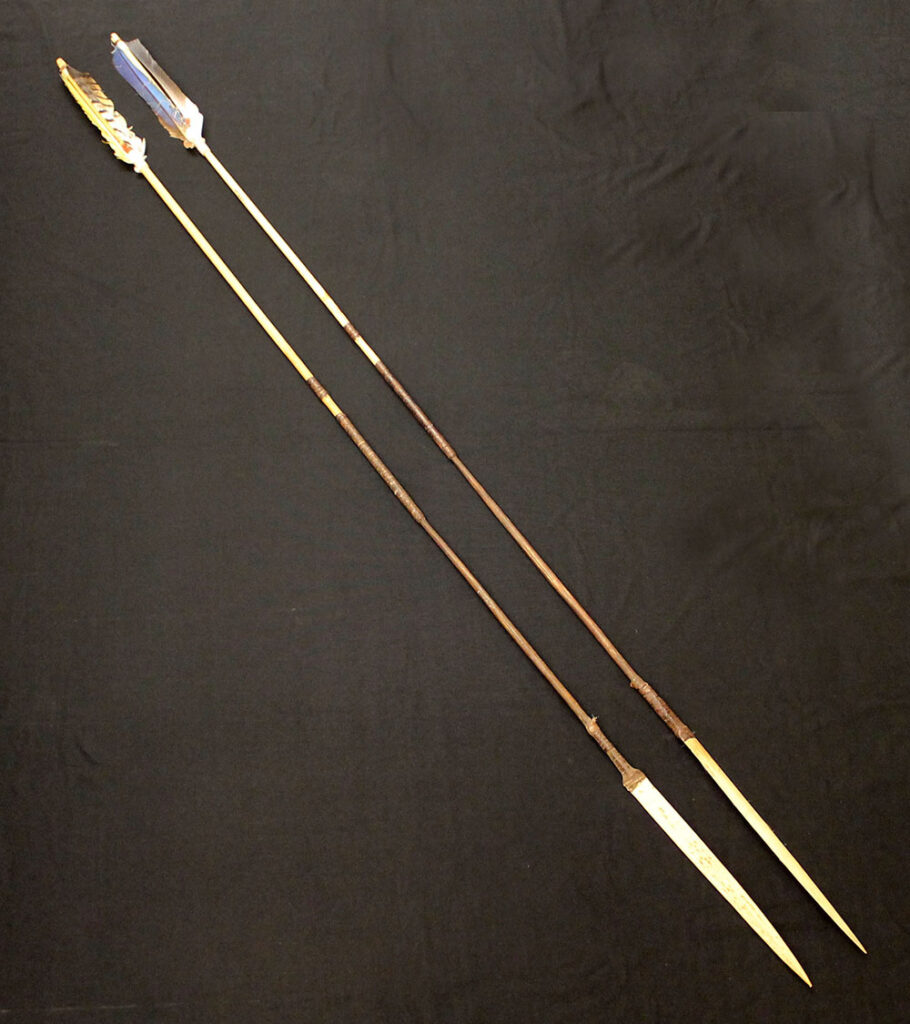 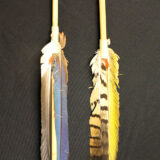 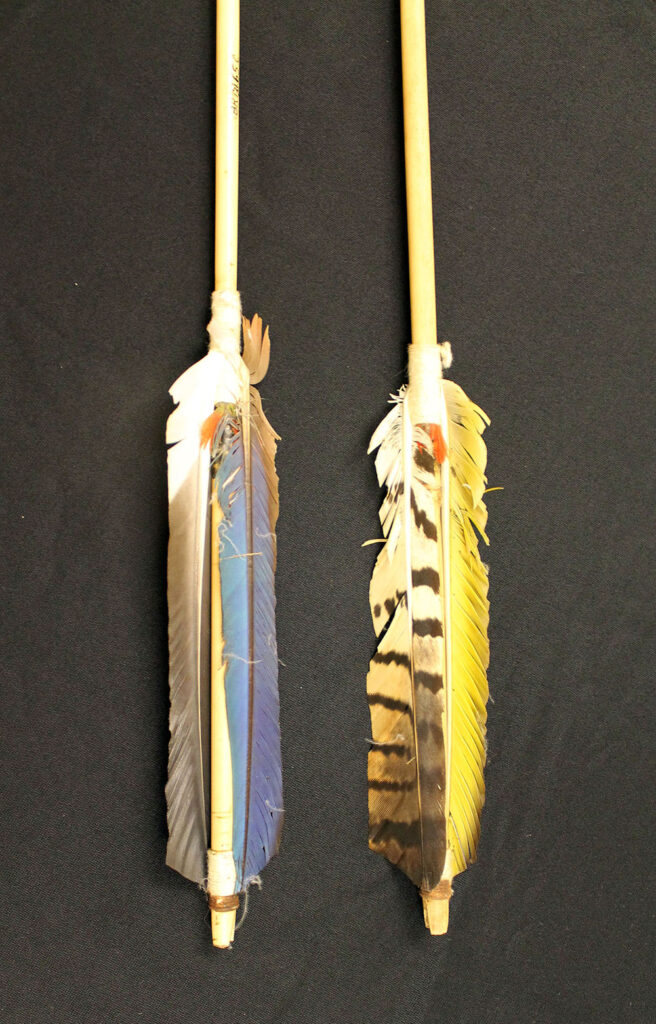 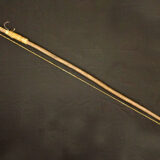 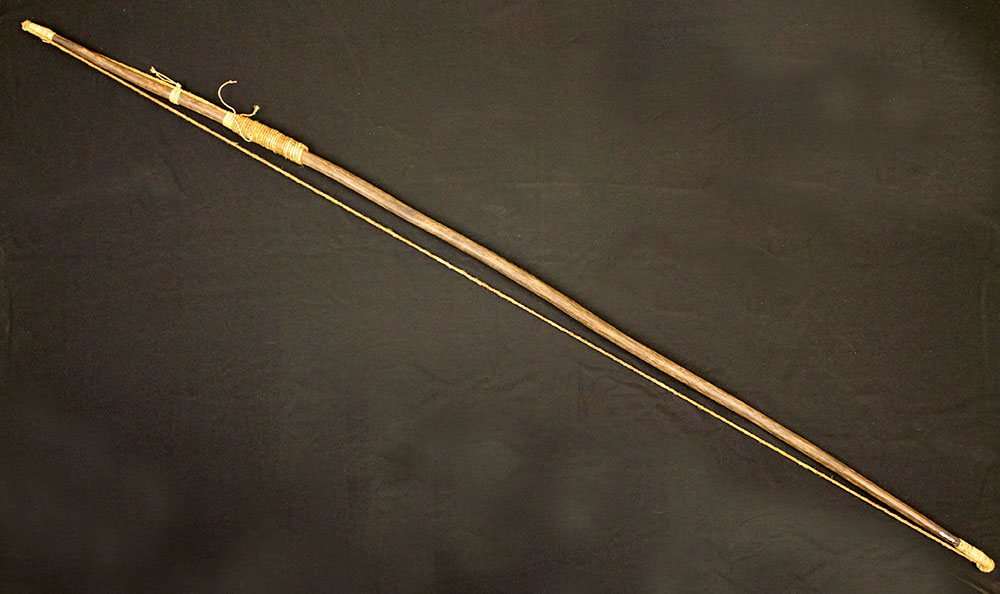 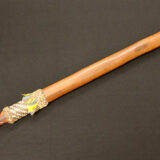 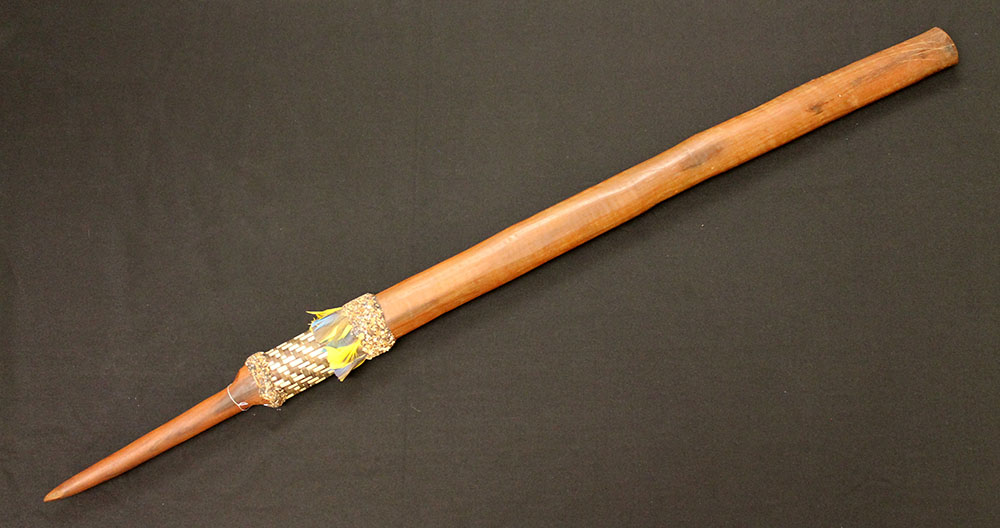 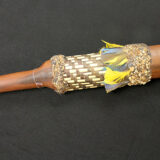 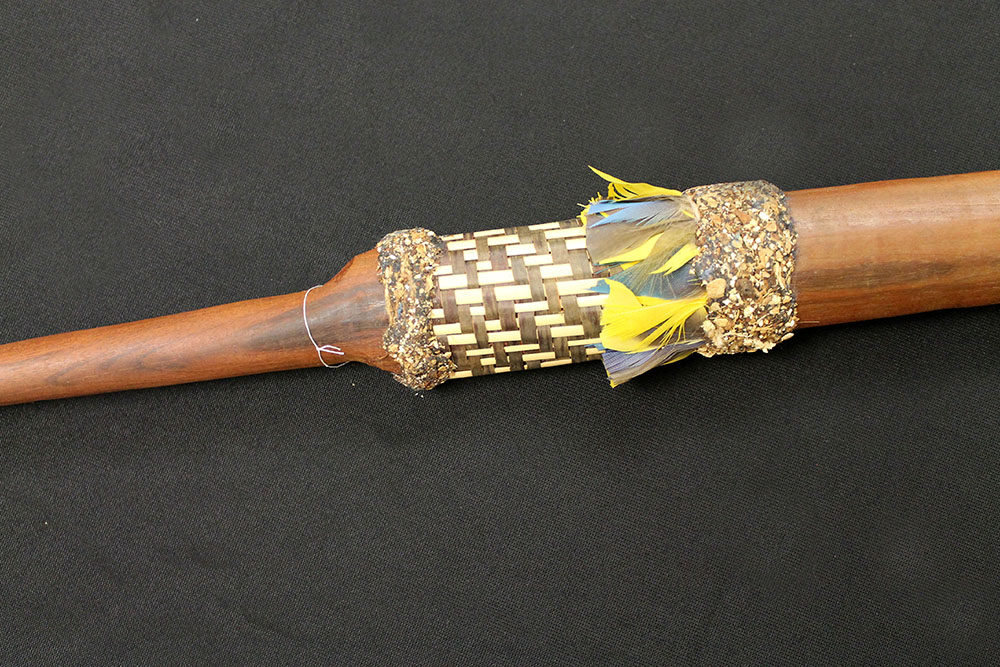 Hunting (aba) is usually carried out by men and occurs in various formats among the Xavante. Men may hunt alone or in small groups, on foot or by motorcycle. Commonly hunted game includes deer, peccaries, anteaters, armadillos, and tortoises.

Regardless of each man’s hunting success, he rarely returns home without meat due to kinship-based conventions that allow the hunter and his immediate family to keep most of the meat, while the rest is distributed among the other participants.

Wrestling matches, singing performances, and club fights are part of initiation rites. Clubs like this one are used in ceremonial club fights that place boys in public views within their communities.

The collective hunt and subsequent distribution of meat are defining features of reciprocity. Weapons utilized in collective hunting include bows and arrows such as the ones pictured here.

Feathers of local birds, down, and stingray spines are used to adorn weapons and make them distinguishable. 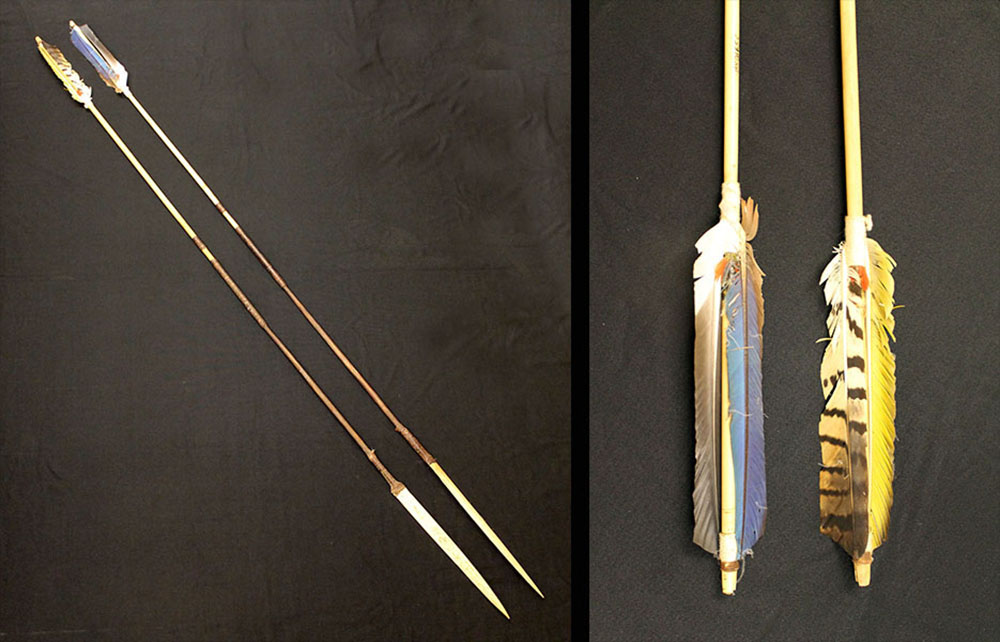 Fire is used to drive the game out of the forest into one centralized area. The rapid regeneration of burned vegetation and safety of animals not killed by hunters is ensured through the knowledge of elders.

Collective hunting provides a unique opportunity for elders to teach traditional male knowledge and social values to younger generations. Oftentimes hunting competence is demonstrated by outrunning game on foot and using a club (below) to kill.

Wooden club with blue and yellow feathers, and root and beeswax paste on handle

Most men in the village participate in age-set initiation ritual hunts. The collective hunt after the ceremonial initiation is the first opportunity for the young men to participate and provide game for their family and the community in their name. Ritual hunts continue to take place for men later in life as they pass into different stages of adulthood.

NEXT SECTION: Ritual Hunting for Weddings