Music Illustrated: The Songbooks of the Original Dixieland Jazz Band

“Tiger Rag,” an iconic jazz tune of the early twentieth century and covered by many musicians past and present, was first recorded by the Original Dixieland Jazz Band (or “Jass” band as it was sometimes spelled) on August 17, 1917 for Aeolian-Vocalion Records. Some historians claim that the song existed in various forms before ODJB ever recorded it, the racial inequalities of the day in particular make the mystery of its origins difficult to solve. (redhotjazz.com/odjb) 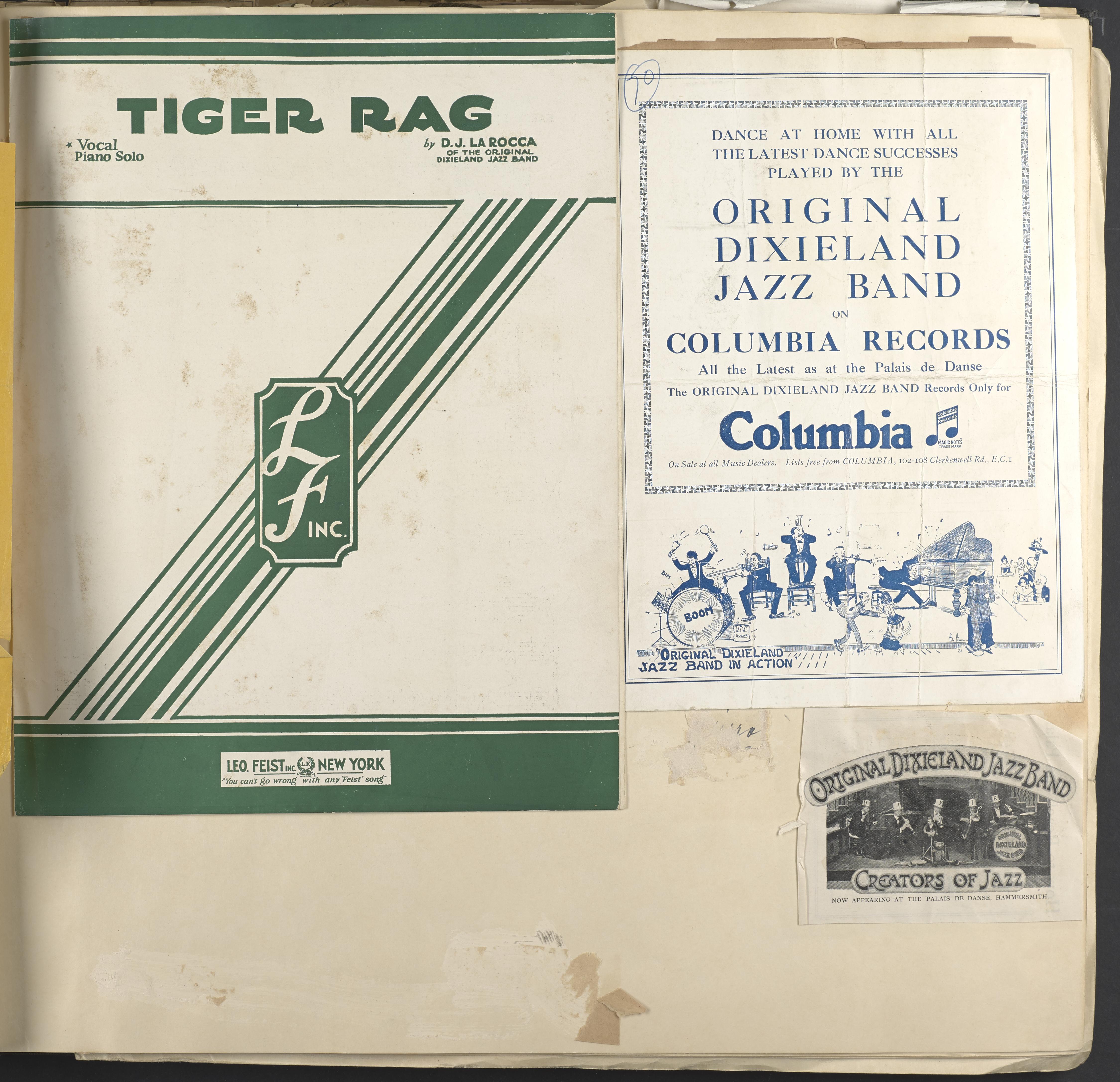 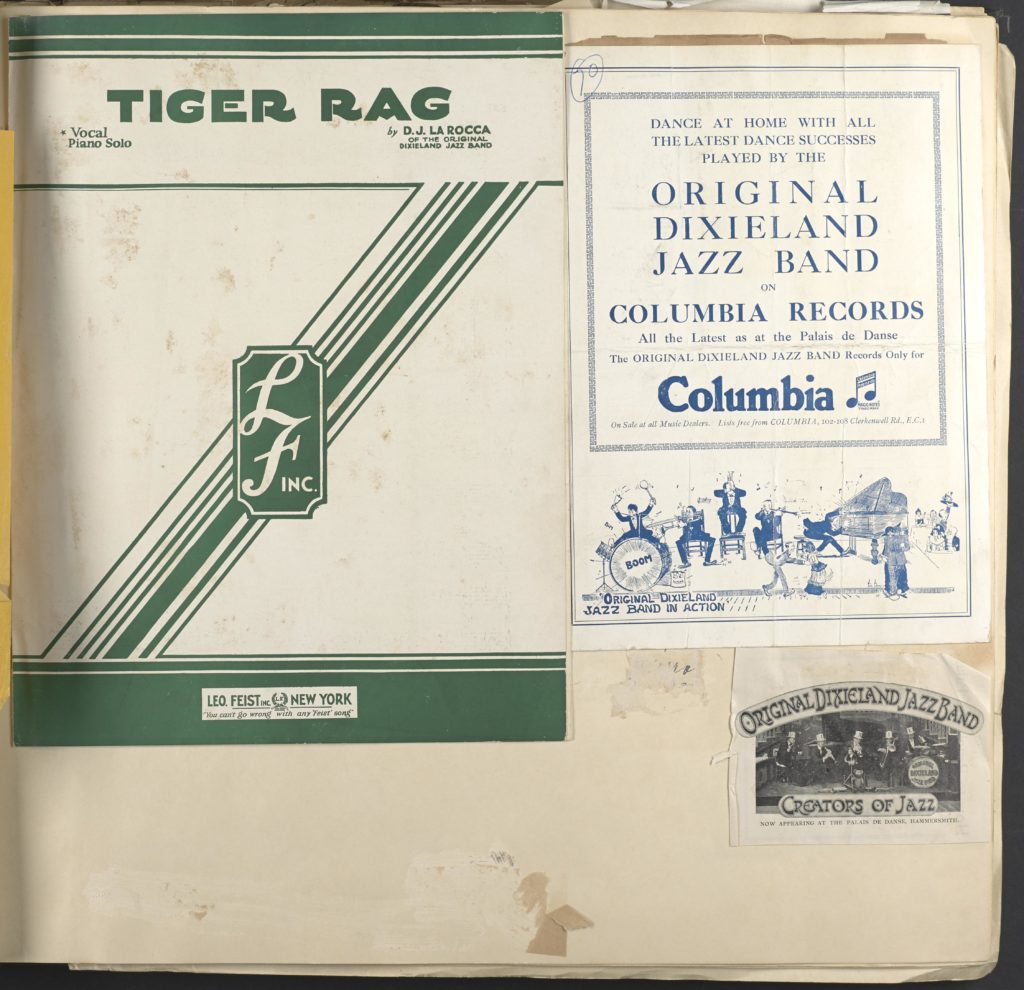