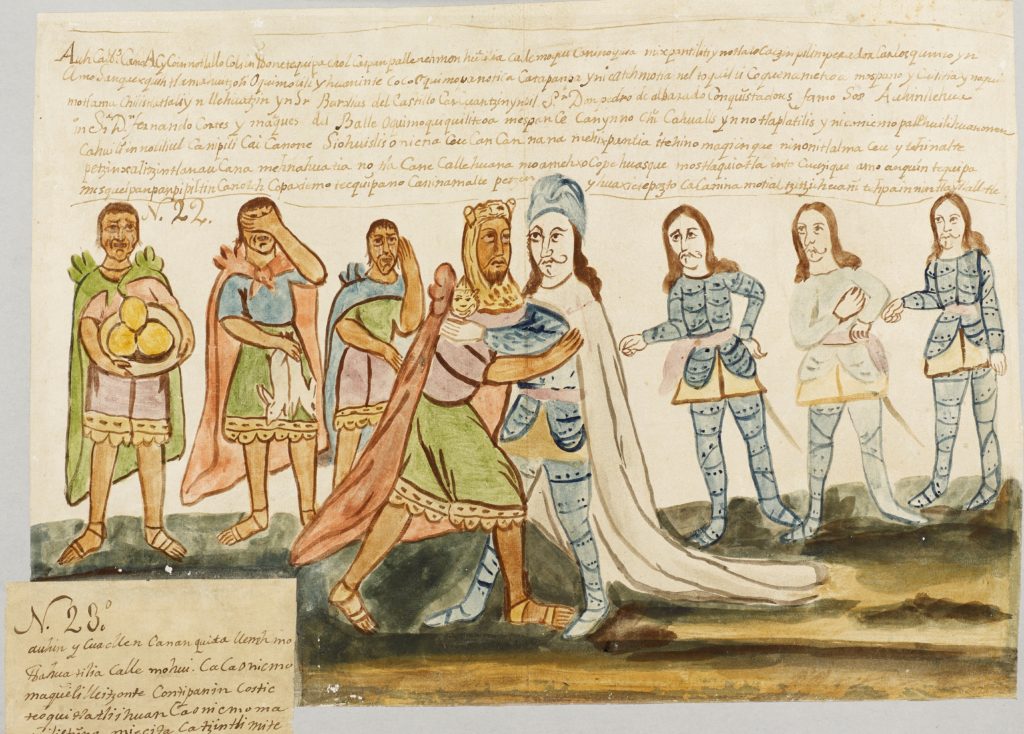 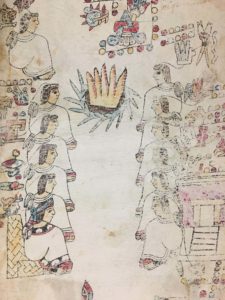 Council scene from the Codex Tulane

Featured here are original Mesoamerican painted manuscripts housed in Tulane’s Latin American Library selected to attest to the persistence of native writing conventions and the ways in which they were deployed in the early decades under Spanish rule.

The Map of Cuauhtlantzinco or Códice Campos (19th c. copy; 16th c. original), narrates the sequence of events by which town leaders aligned with Hernan Cortés and his army against the Aztecs, their arch enemies, on their way towards the conquest of Tenochtitlán (1519-1521).  Although a story of collusion with Spanish forces, this latter-day codex bears witness to the continued adaptation of native conventions to produce authoritative documents of Amerindian identity.