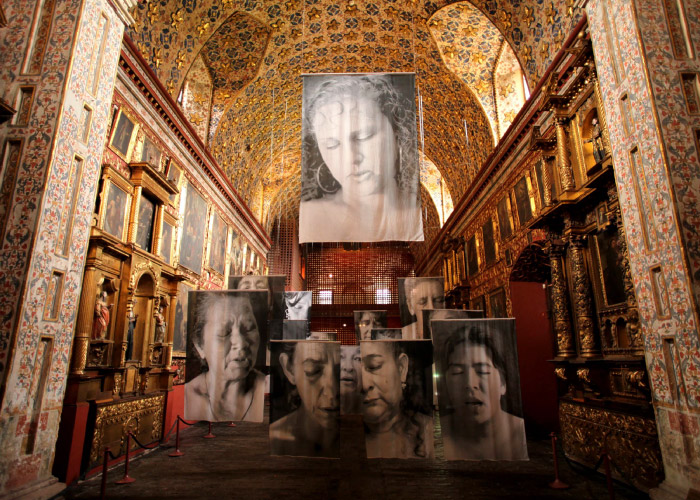 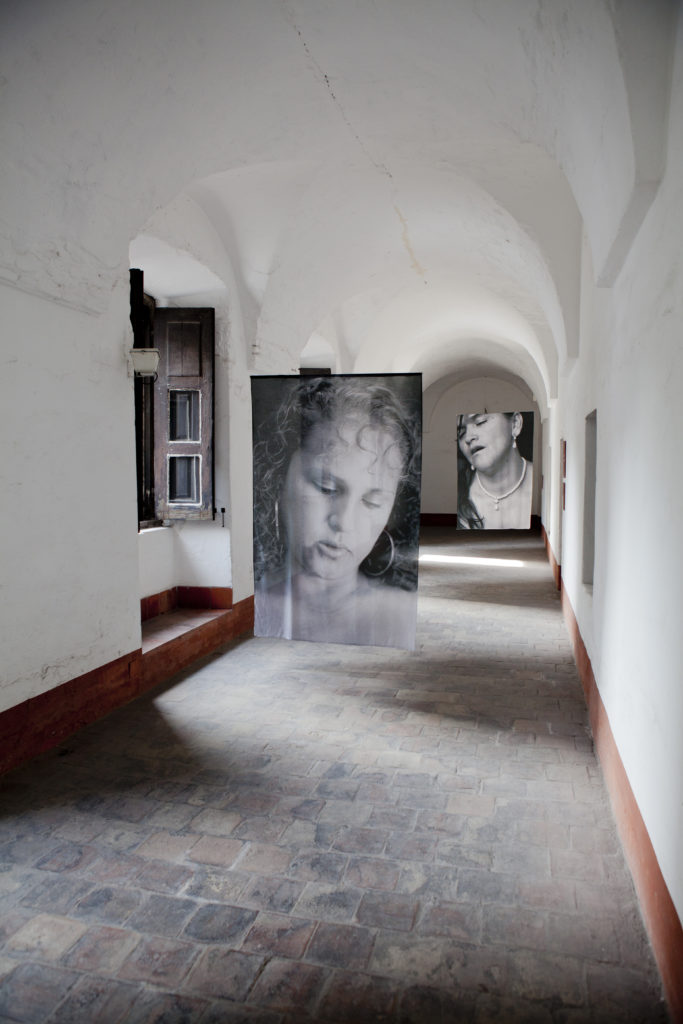 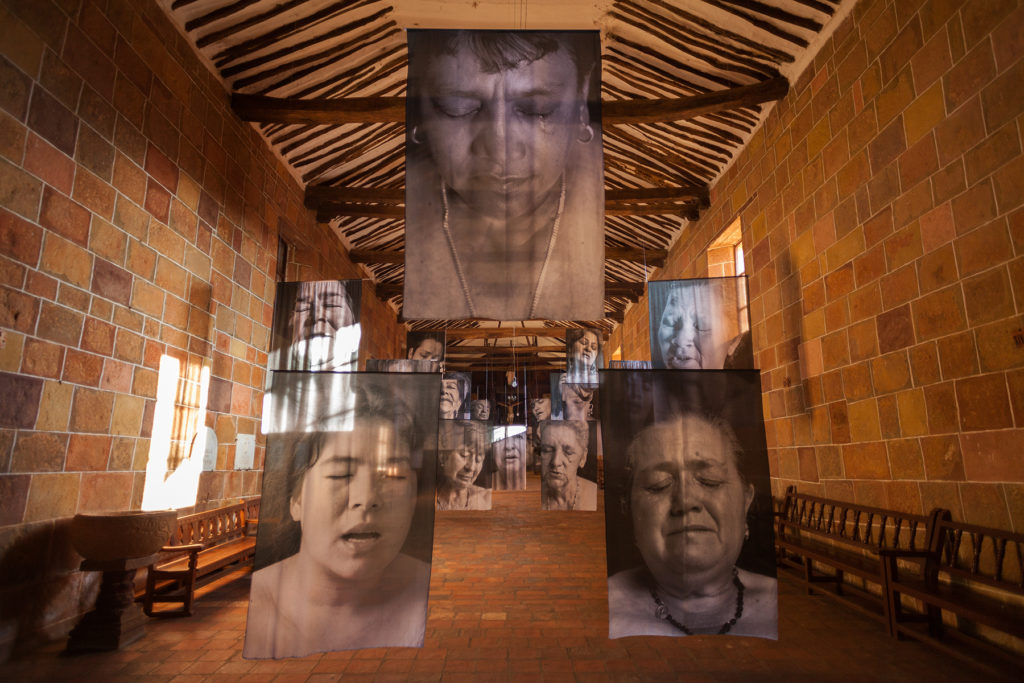 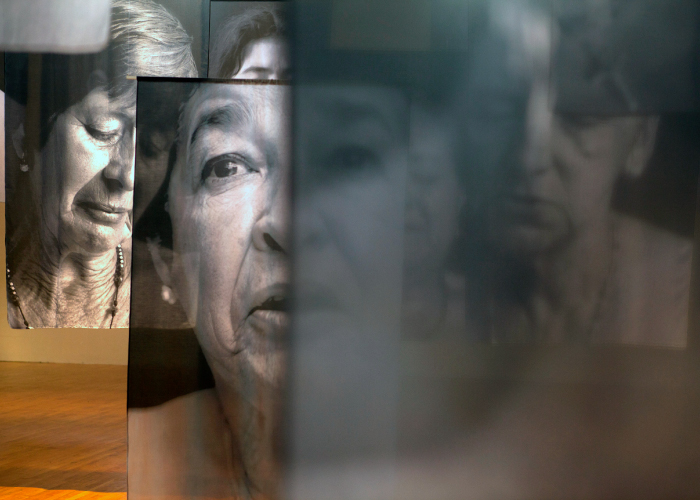 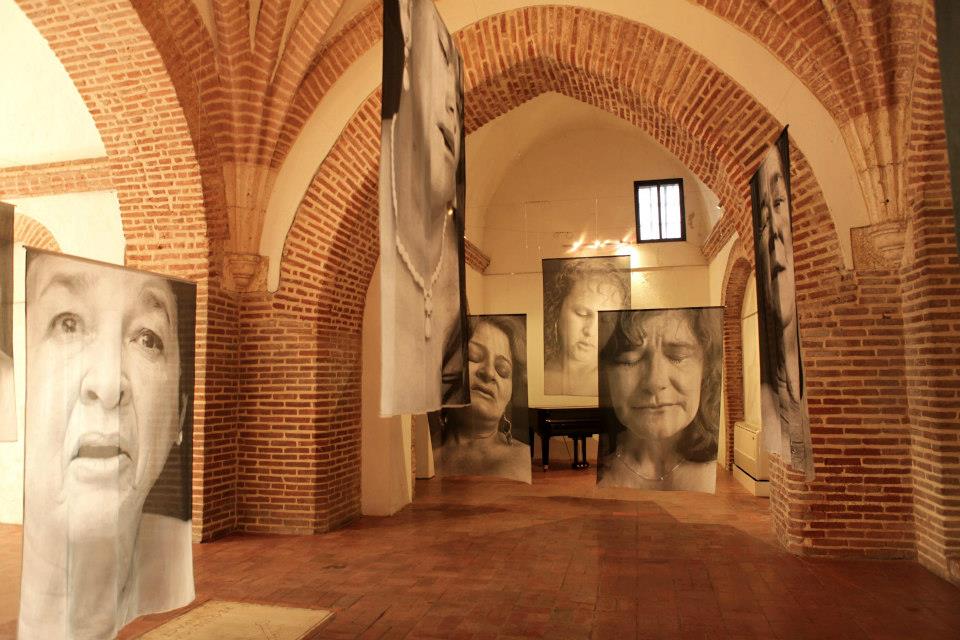 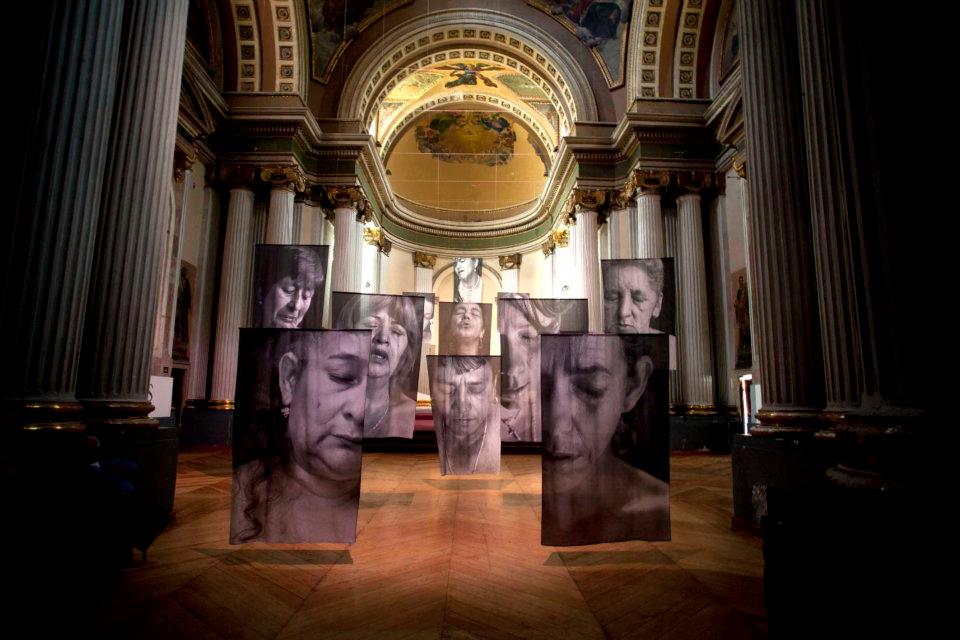 They relate the moment which they were condemned to remember, given that the possibility of forgetting even the smallest detail does not exist. And I record that moment in order to construct this work, because of the strong conviction that art fulfills a very important role in conserving the memory of a country.

In sessions of up to three hours, the women told us details of the most horrible and humiliating situations to which a human being can be subjected. If the portrait, as Richard Brilliant says, belongs to the present memory of the person represented, shrouds are the portrait of the irreparable harm which violence leaves in humanity. They are thus portraits of the killer as well, because we see the dimension of his capacity to destroy in them. They are portraits of the victims who bare themselves before our eyes, showing the evil of which some people are capable as well as the wish to transcend the earthly realm in the hope of something better.

I always intended to print these portraits on silk because I wanted to convey, as the women themselves told me more than once, that they are beings who no longer belong to the world, that violence had left them DEAD IN LIFE. That is why my intention always was to attain light, diaphanous, phantasmal images that would capture that sensation and that profound wish for transcendence.

It is this ethereal dimension that has given me an overwhelming sense that these images should be kept in sacred places and spaces of reflection, where, regardless of our religion, the journey of the work through the space would help us to be not only spectators but transform us, in one way or another, into pilgrims who will enter into communion with these images on the basis of our beliefs, so that, as Susan Sontag says, we may be able to keep this reality in mind from now onwards.2

The history of a country cannot be written in silence and its memory must not be built in the dark. For that reason, I think that to tell, record, show and try to understand our history from every possible standpoint is a necessity.