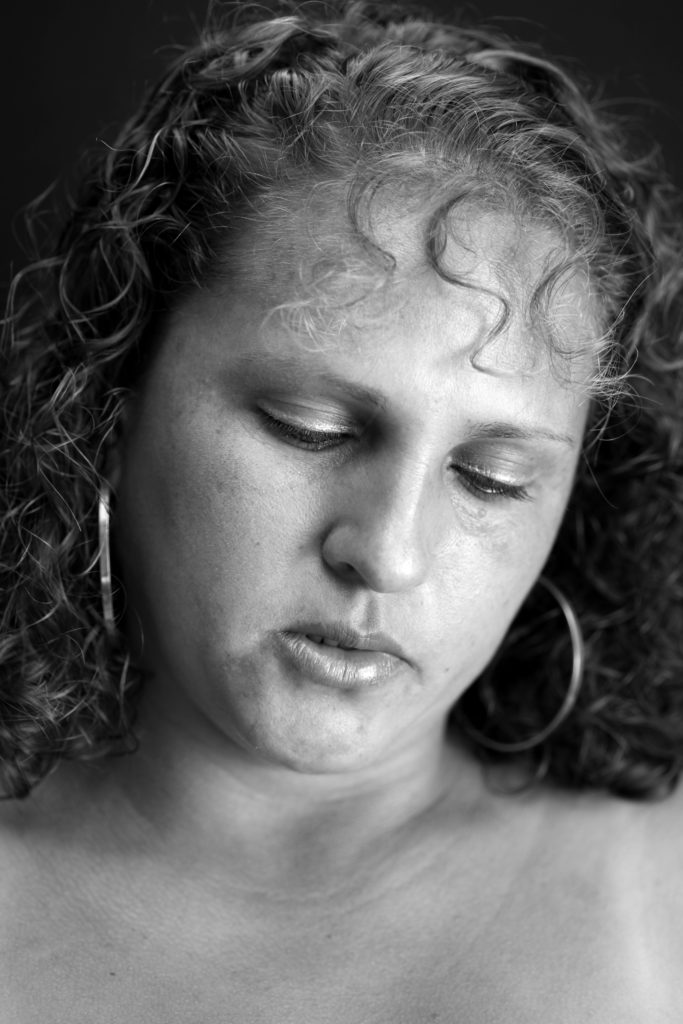 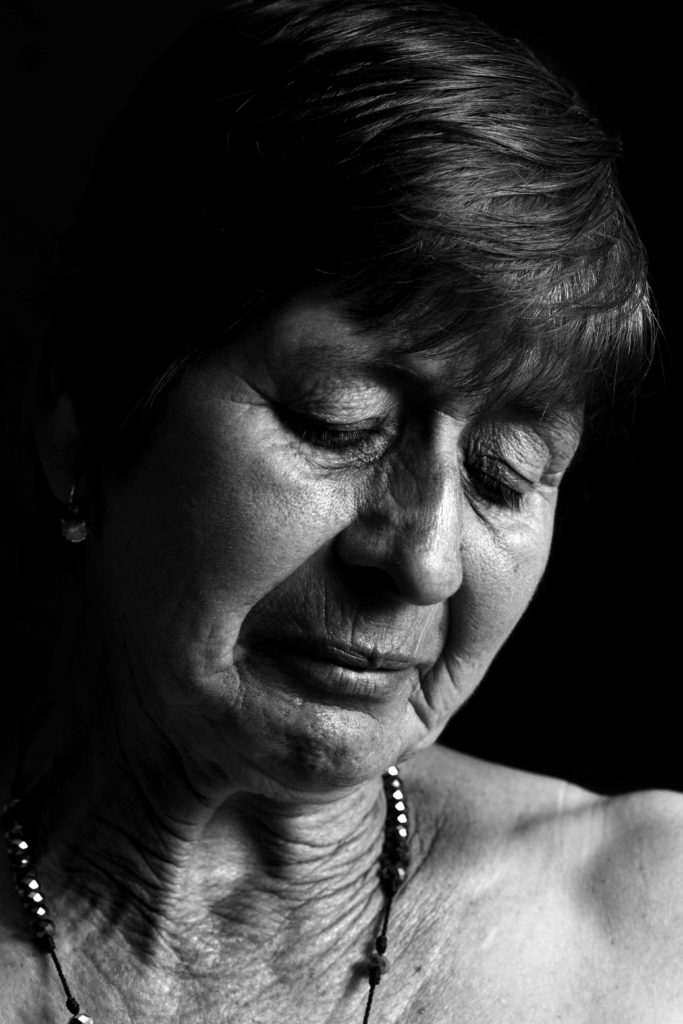 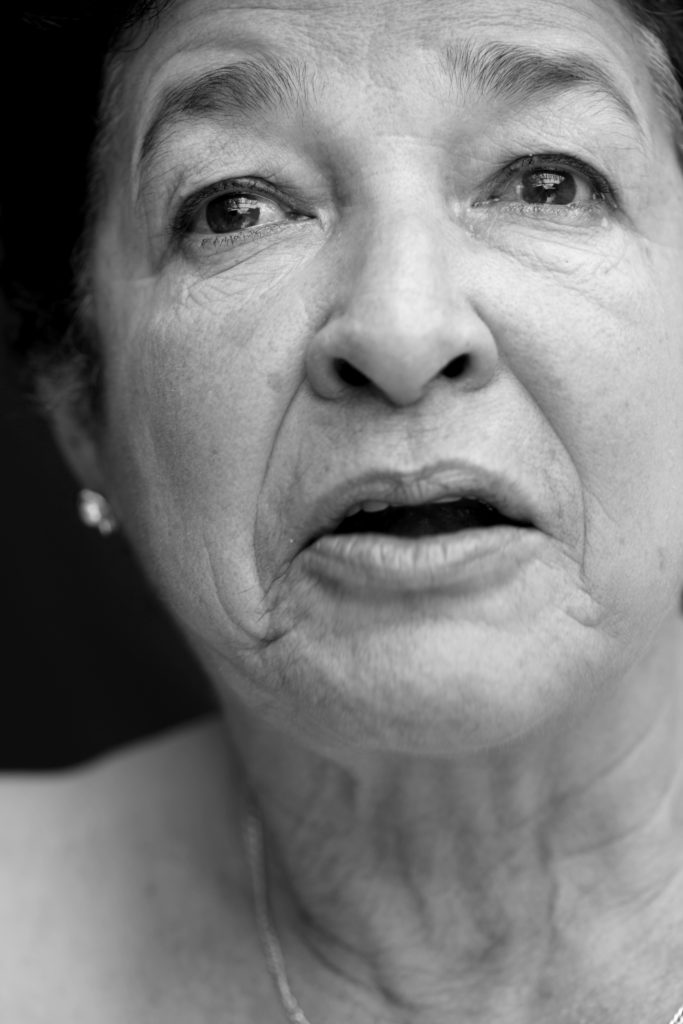 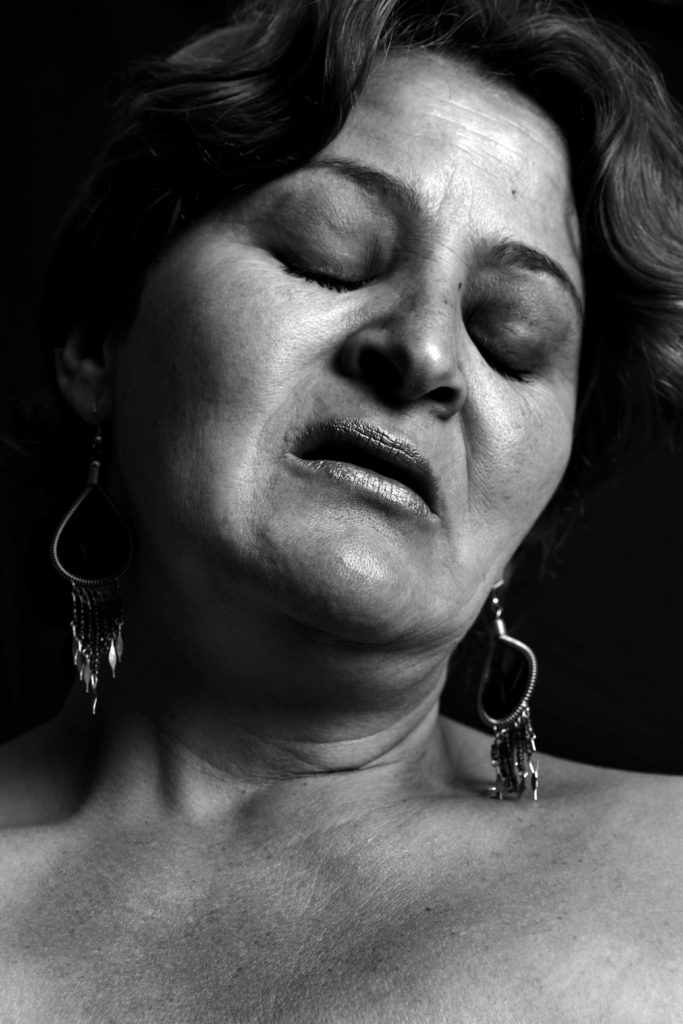 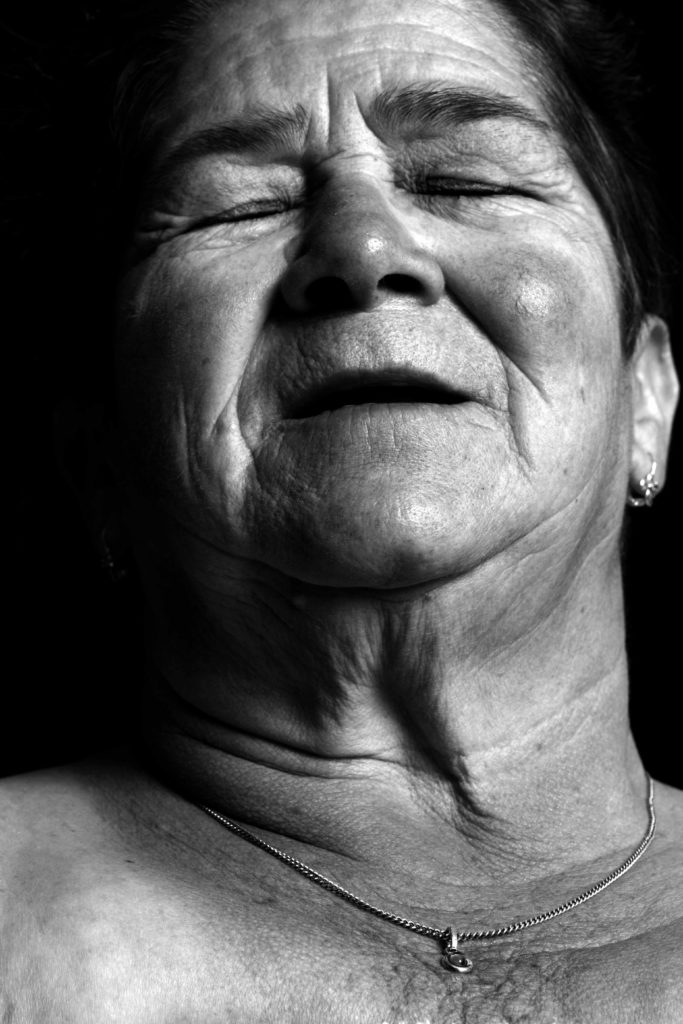 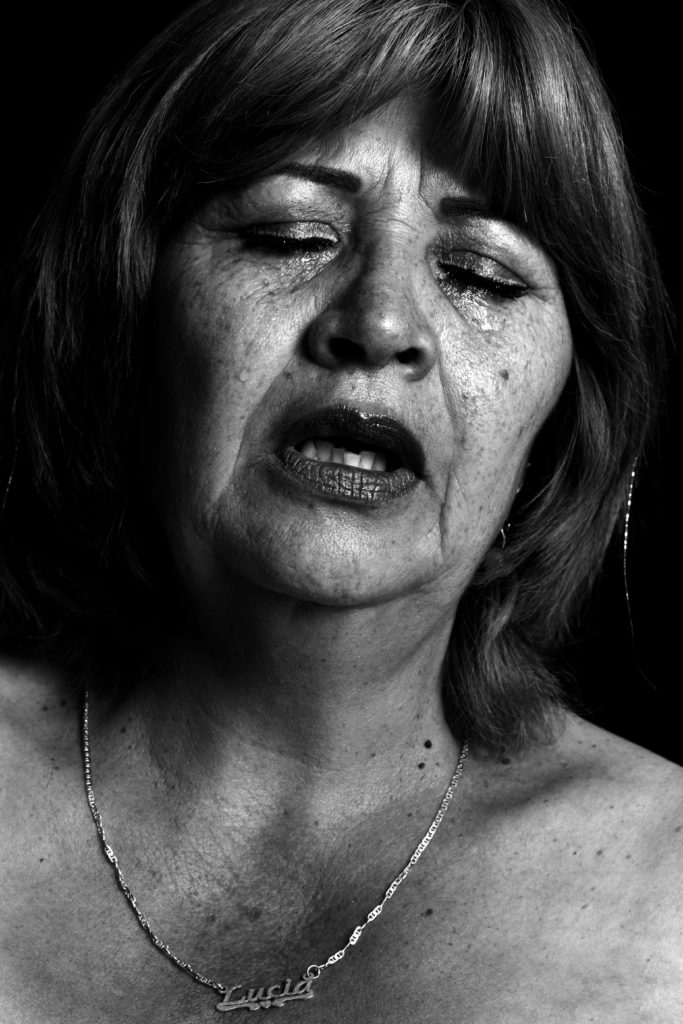 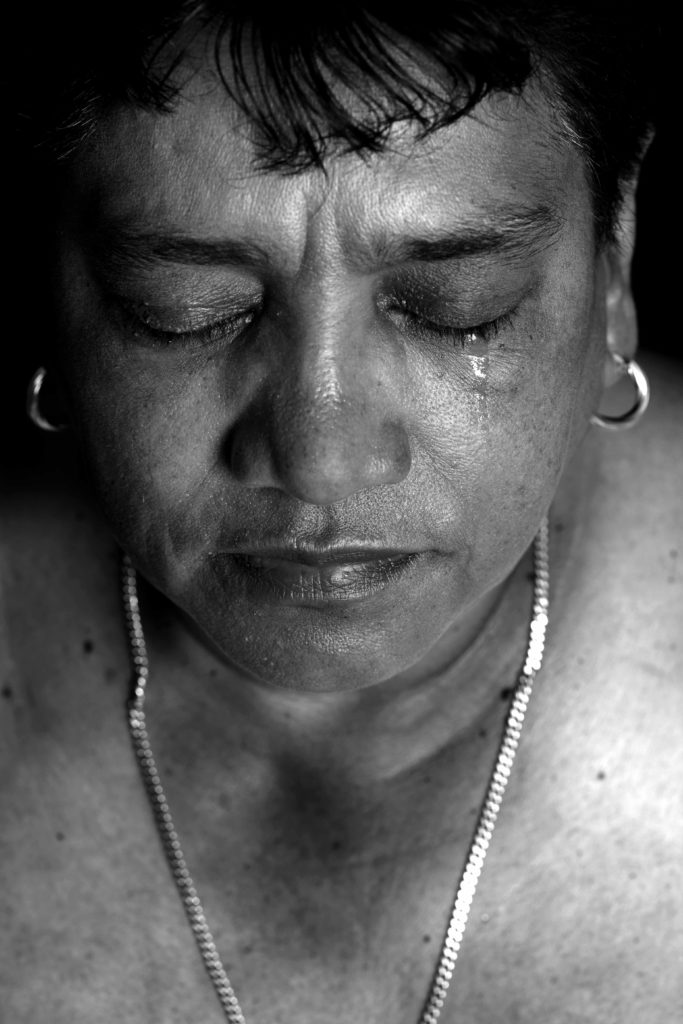 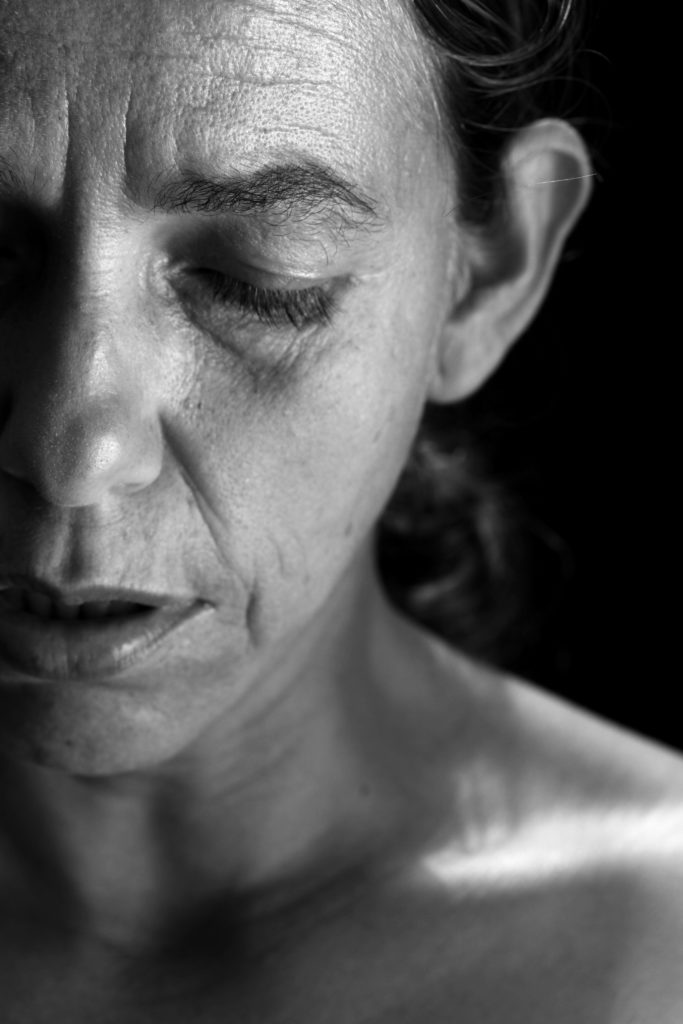 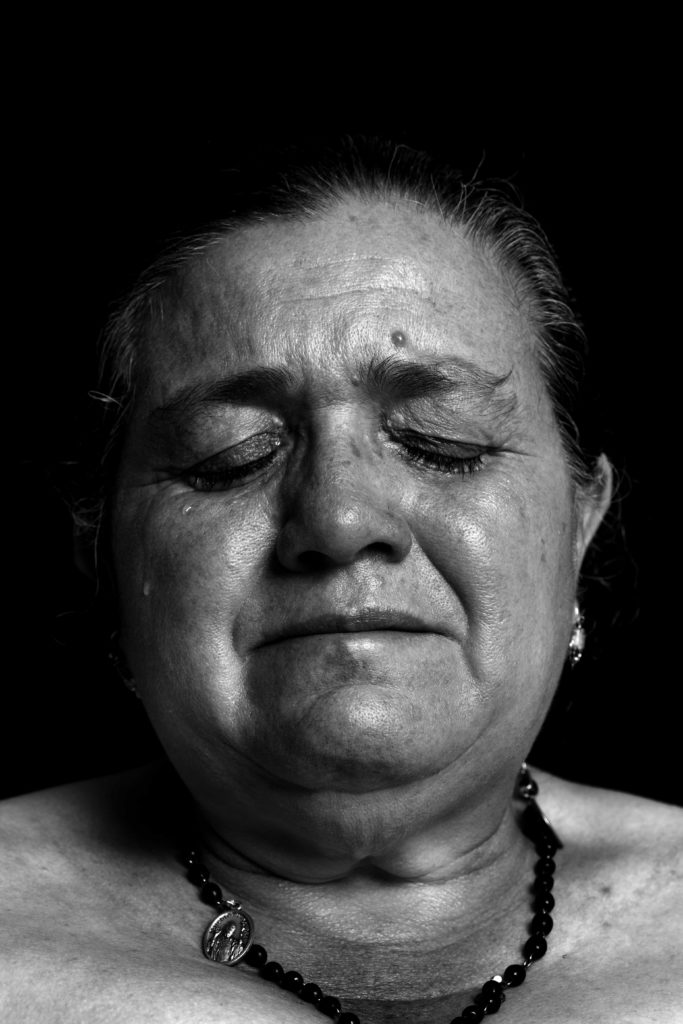 This work tells the stories of twenty women who are victims, grief-stricken human beings who, as part of their torture, were forced to SEE the violence perpetrated against their loved ones and were left alive so that they would be witnesses to such horrors. But I would add the proviso that I am convinced that this series speaks of something which is timeless, universal and infinite.

The stories are diverse.  One is of a woman whose father was murdered in front of her. In another instance, it was the woman´s husband who fell at her feet and the murderer put a gun to her head to stop her from picking him up.  Another saw the moment when several bullets pierced the body of her son. Yet another was forced to watch how her mother was savagely tortured by cutting out her tongue and eyes.  The daughter was repeatedly and violently coerced to keep her eyes fixed on her agonizing mother until the latter finally died.  Another woman was raped by six armed men, for hours on end. Another´s husband was murdered in front of her and she reacted by lapping up and desperately drinking the blood which spilled from his body in a futile gesture to take something of her loved one into her. An act of insanity? Was she mad? Or are the mad ones everyone in Colombia and the world who allows such scenes and probably worse ones to be repeated over and over again?

The process of making the SHROUDS series consisted of using a studio where we sat together in the same way that one would do a portrait session. In this act of mutual acceptance, where the model surrenders herself to the photographer´s ability to immortalize a moment in time, we were clear that the resulting images were not meant to be an idealization of their faces, but of the transcendence of their sorrow. Both the women and I, accompanied by a psychologist, were willing to journey through dark places.