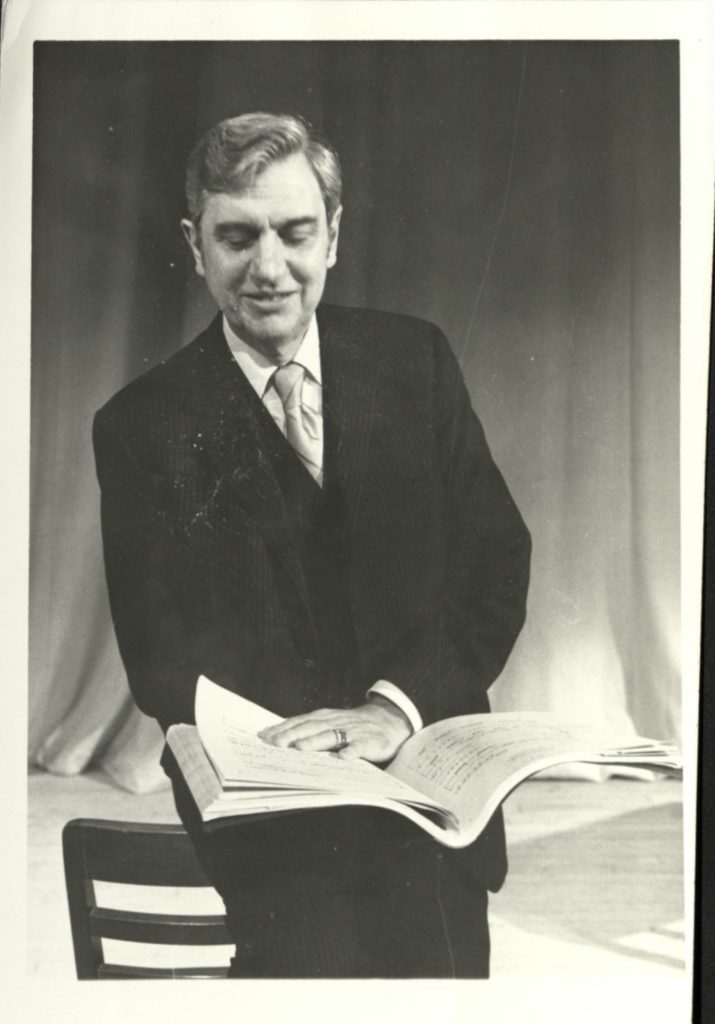 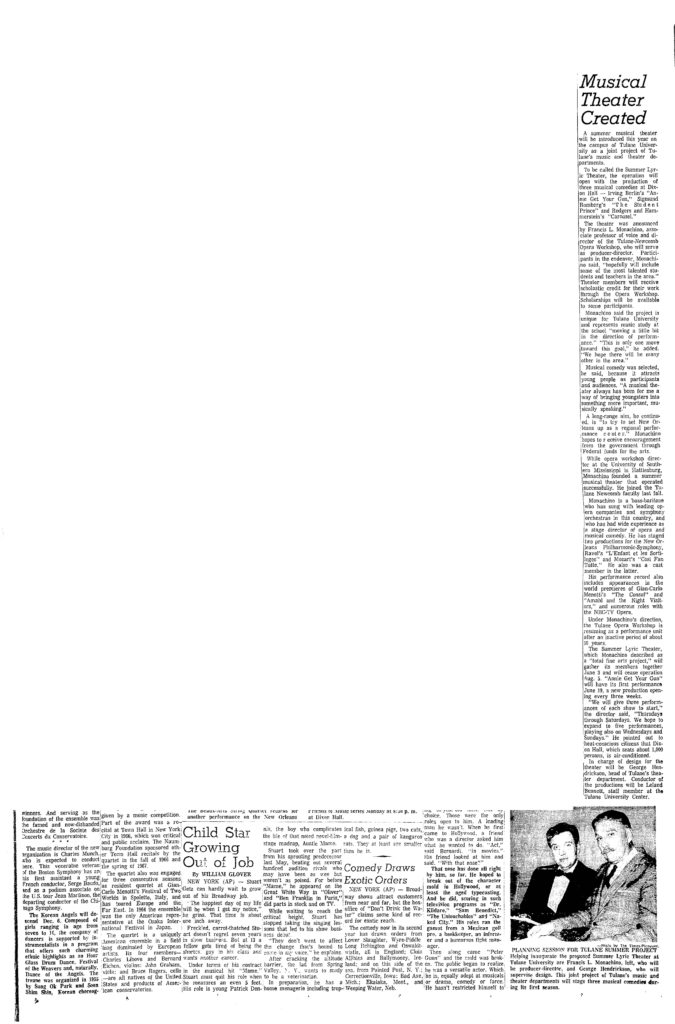 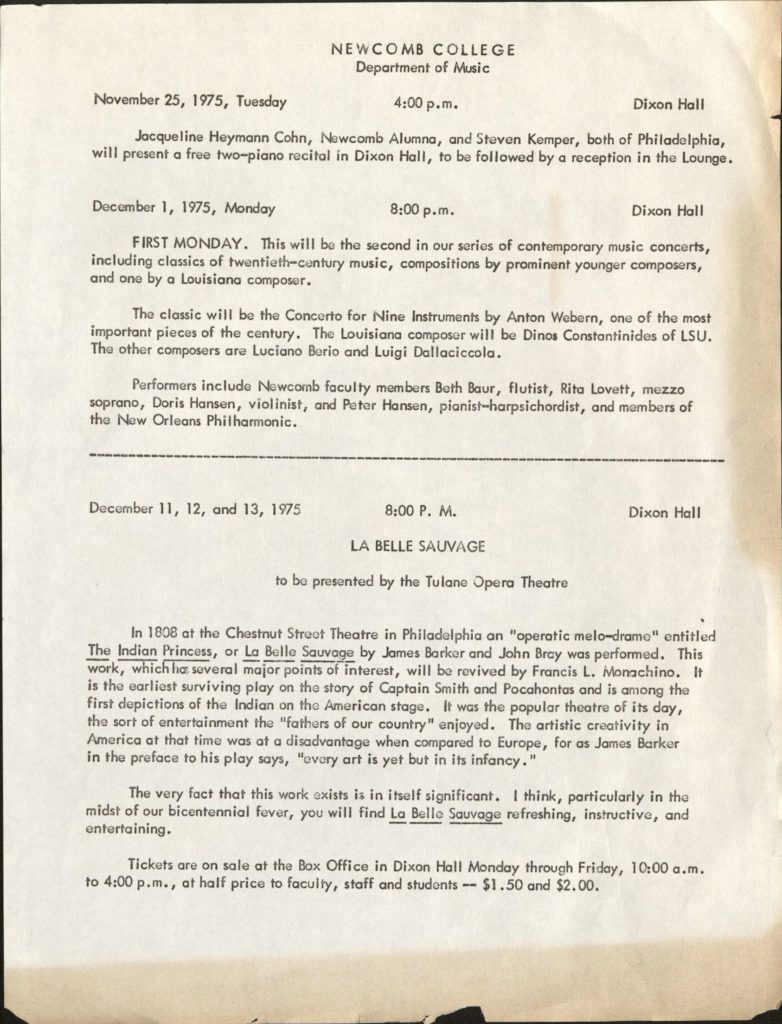 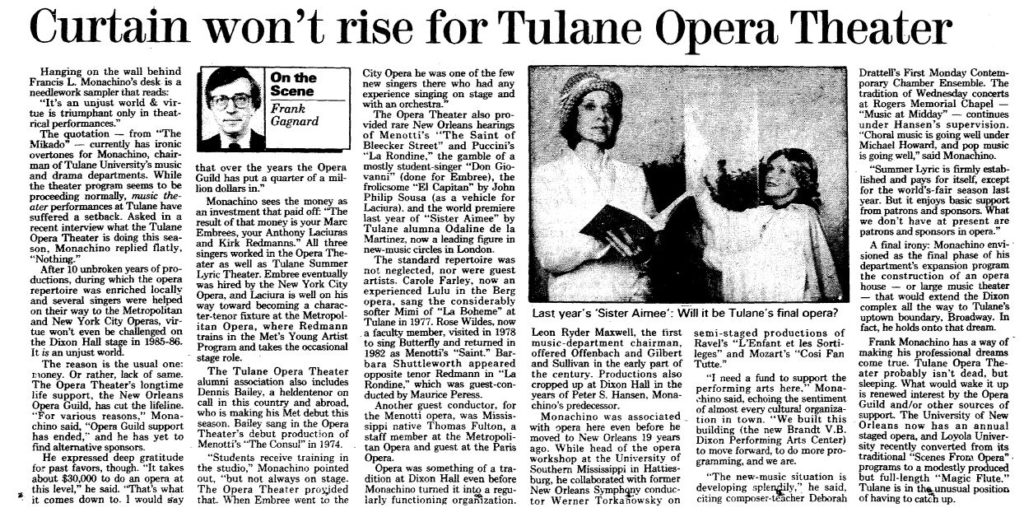 New life was breathed into Opera Workshop shortly after the arrival of Francis “Frank” Monachino in 1967. Arriving already with a career in operatic and musical theatre performance, including being a member of the original cast of Menotti’s Amahl and the Night Visitors and The Consul, Monachino brought much promise to Tulane’s students and audiences. He quickly got to work with a production in December 1967 of Amahl and the Night Visitors. While it was the second time this work was performed at Tulane, it was the first time the director was one of the original NBC cast members! Based on records in University Archives and reports found in The Times-Picayune as well as Jambalaya Yearbook, from 1967 to 1985, he produced numerous musical theatre works and six fully staged operatic works. Later reporting in the Times-Picayune implies Monachino directed a major operatic production every spring; unfortunately, there is no documentation of these productions in the University Archives and no contemporary reporting in the Times Picayune. The operatic works including scenes and unstaged readings that we do have documentation for during this period include: 1967: Amahl and the Night Visitors (Menotti) 1968: “A Study of Kurt Weill’s Music,” featuring selections from Down in the Valleyand Mahogonny 1969: The Medium (Menotti) 1969 or 1970: In a Garden (Meyer Kupferman) 1970: Draagenfrut Girl (Kupferman) 1971: Down in the Valley (Weill) 1980: Scenes from Purcell’s Dido and Aeneas 1981: Down in the Valley, unstaged with musical direction by Michael Howard 1983: Draagenfrut Girl, directed by Marilouise Michel (musical theatre graduate student) His programming selection clearly shows a shift from an earlier practice of pairing traditional lyric or chamber operas with contemporary chamber operas. Monachino’s early decision to develop a program that included students and professionals is perhaps what made it possible to produce these works with larger casting needs. The images and dates below are highlights of some of the larger events that occured during the remaining years of Opera Workshop.