Fretwork and Friezes: The Architecture of Mitla / Architectural Features: The Columns Group / 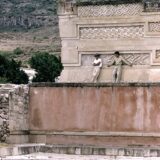 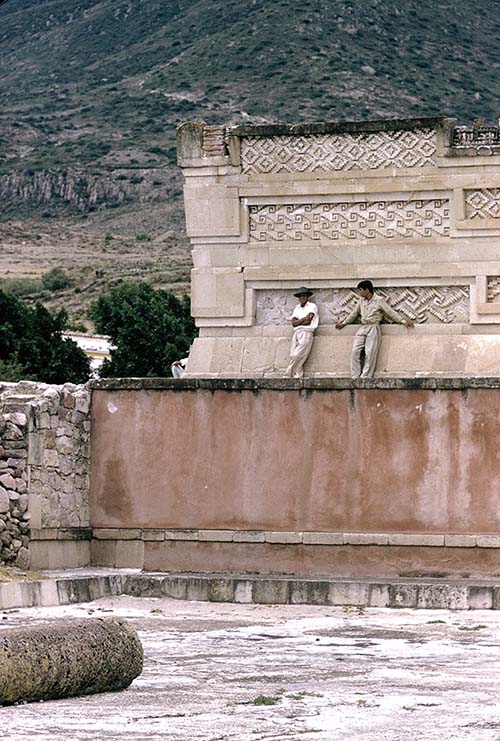 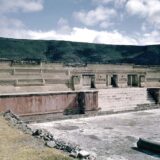 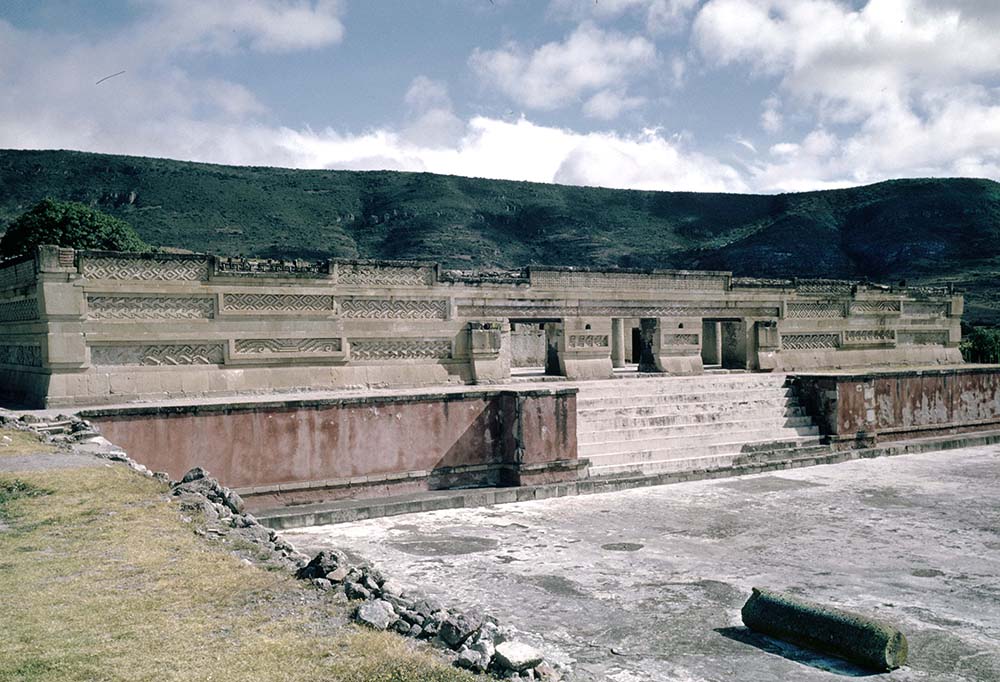 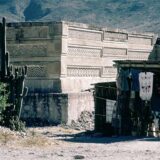 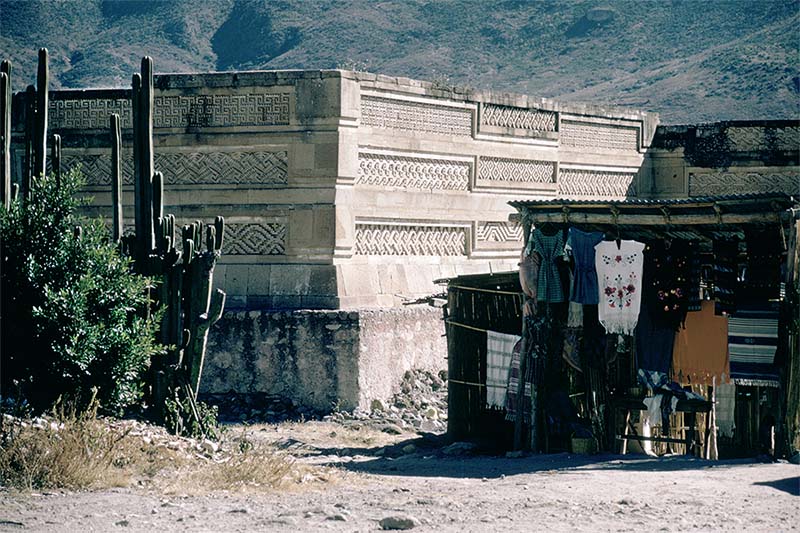 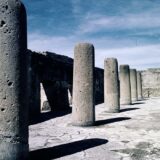 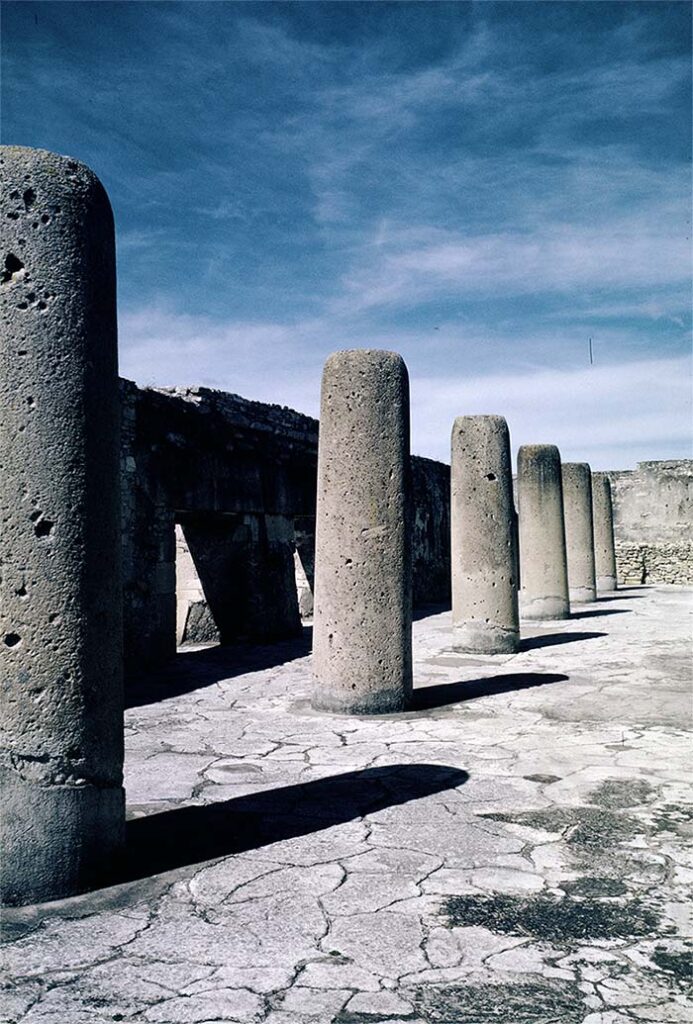 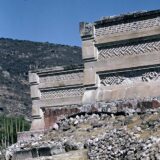 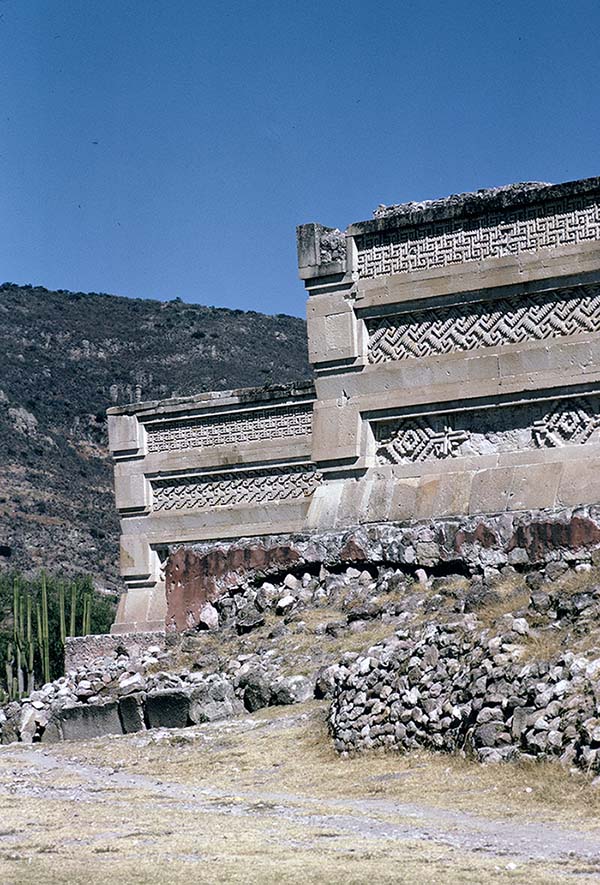 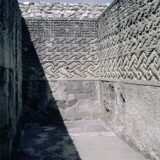 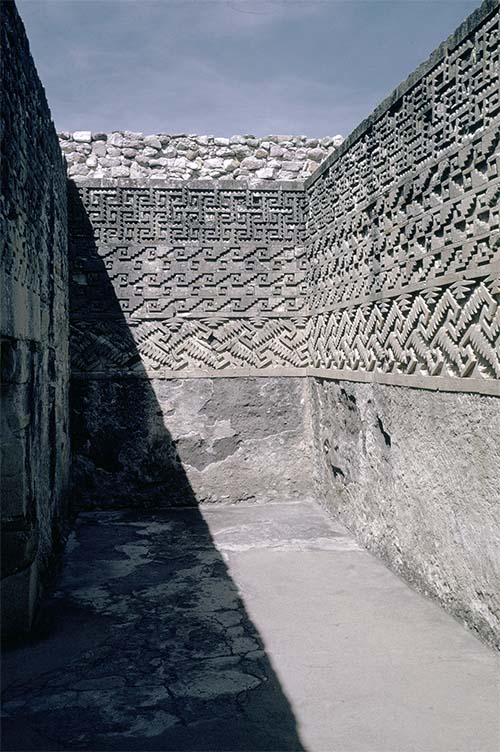 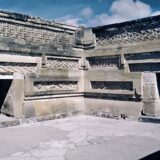 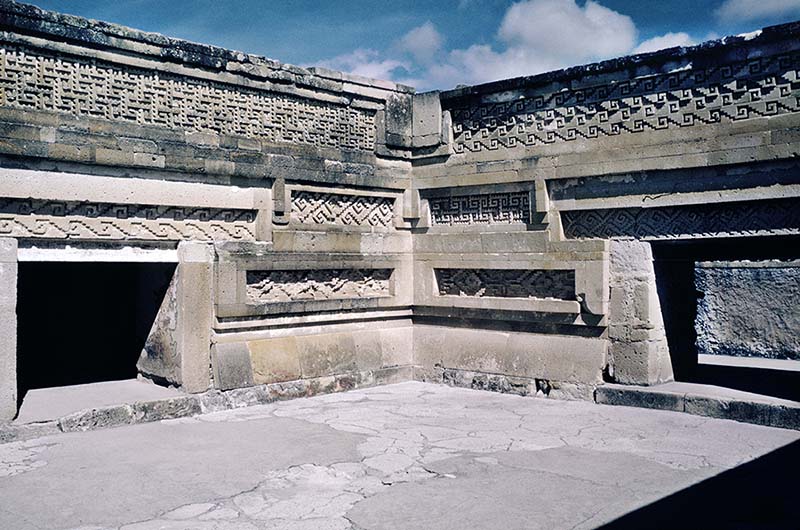 The Columns Group is one of the most extensively excavated and restored parts of the site and provides classic examples of Mitla’s stunning architecture. Every building in the Columns Group (and also in some other groups) is situated on a plinth of sorts. These elevated surfaces are all at least twice as tall as the average person and are only accessible by ceremonial staircases.

In the left image below, two men stand upon the plinth, or basal platform, of the Hall of the Columns in the Columns Group. They appear small in comparison to the monumentality of the structure.

The stone utilized throughout Mitla is called tuff, an igneous rock formed during the deposition of volcanic ash. It was used to create the friezes throughout Mitla as well as the enormous columns which give this part of the site its name. The towering monoliths are all roughly 12 feet tall and carved from singular pieces of rock. 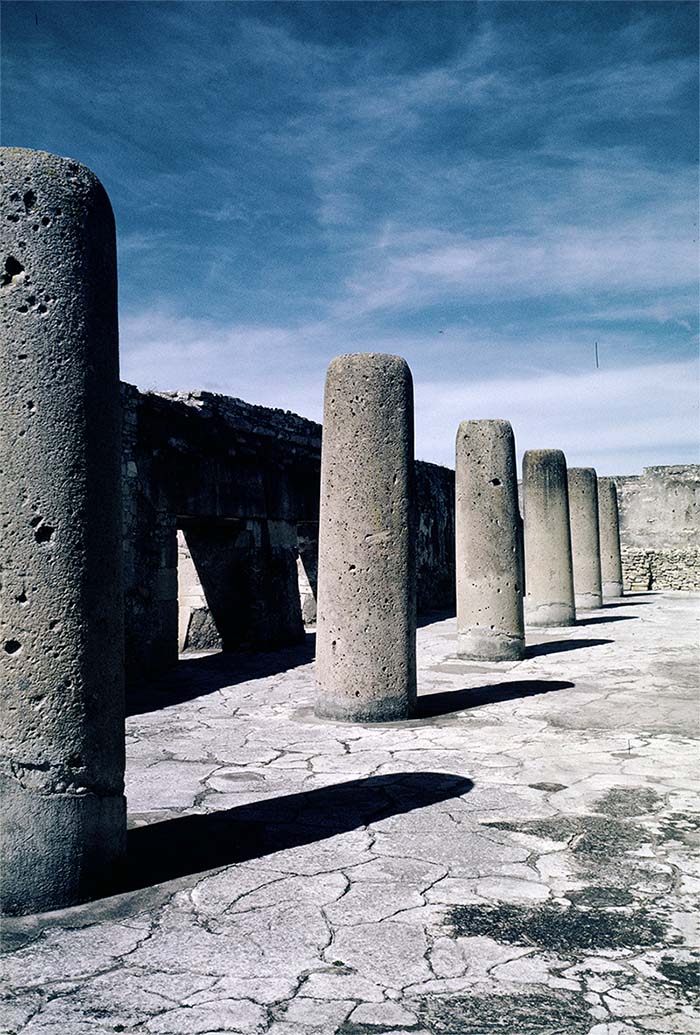 Hall of the Columns, North Plaza

Though time has eroded the murals that were once painted on most of Mitla’s surfaces, tiny flecks of red paint found on the walls of the most sacred buildings indicate that vast expanses of ornate paintings once adorned them.

The Columns Group is famous not just for its plazas, but also for the labyrinthine halls that meander through the structures. The patterning of the mosaics in these hallways is more consistent than the ever-changing schemes on the buildings’ exterior surfaces.

Patio of the Grecas, North Structure

The North Structure of the Columns Group, pictured above, is quadrangular and flanked on all four sides with entrances to smaller, rectangular rooms. It is likely that the most important religious and political leaders lived in these private rooms.