Fretwork and Friezes: The Architecture of Mitla / Fantastic Friezes / 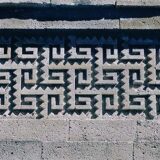 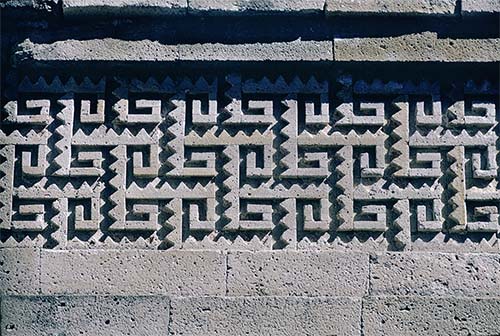 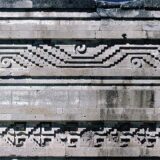 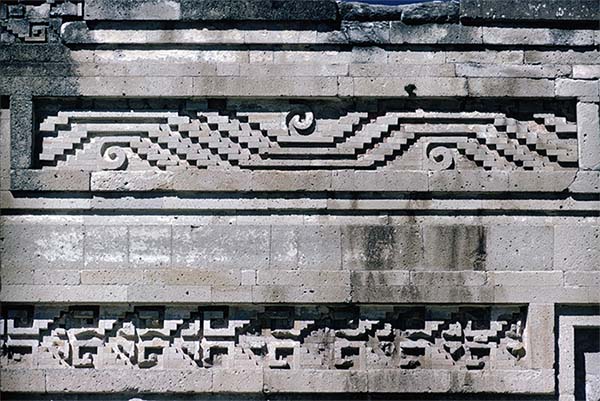 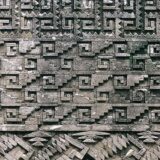 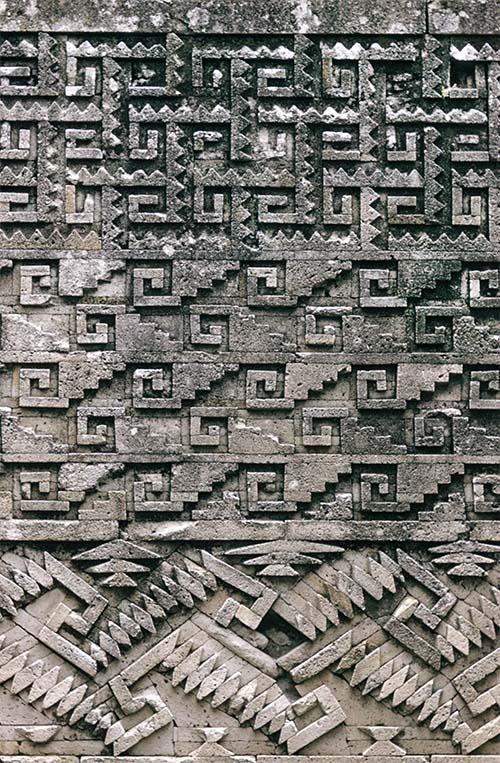 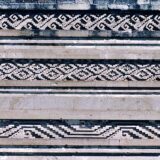 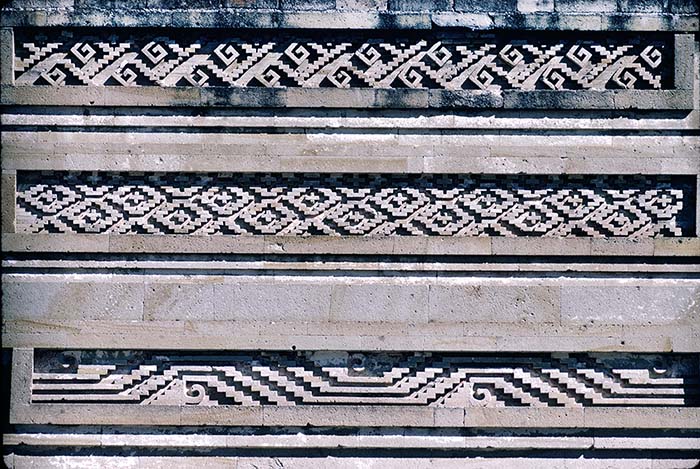 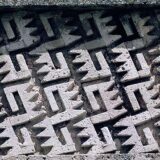 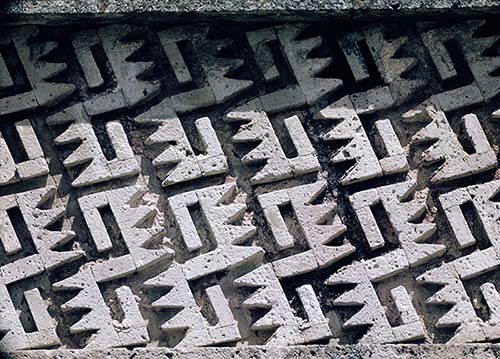 Intricate geometric patterns in the form of stone mosaics, each one distinct from the others, animate the corridors and façades of the complexes. Each stone was painstakingly carved by a craftsman to fit into a frieze. These stones have held still within their murals for over a thousand years, demonstrating the astounding level of skill that these ancient artists and stonemasons possessed.

The first European explorers who chanced upon Mitla’s ruins called the friezes “grecas” because of their similarity to Greek designs; though historically impossible, this comparison is not baseless. The patterns are meandering and continuous, much like a labyrinth in plan. It has been suggested that the fretwork resembles ancient textile designs that have been used as storytelling tools.

There were two modes in which the frieze designs were constructed. The primary method is clear in the photo below, in which small stones are cut and assembled together, much like a mosaic. The alternative method was to carve directly into giant slabs of stone. Geometric friezes are known at other sites in Mesoamerica (e.g., Uxmal), but it is at Mitla that decorative stone façades achieve their highest degree of intricacy and refinement.

Mitla’s friezes were crafted in a rhythm of panels. Each one is divided into three sections, one atop another, where different patterns would be put in place. There are about half a dozen basic frieze patterns, which are paired together in dozens of permutations so that the combination on each façade panel is unique.

One common style is the “stepped-fret” pattern or xicalcoliuhqui, which means “twisted gourd” in Nahuatl. The design is comprised of a series of linked spirals, each one supporting three or more protrusions from one side. This pattern is most commonly associated with representations of Ehecatl-Quetzalcoatl, the Feathered Serpent God of wind.