Spirit and Craft in Oaxaca: Clay Figurines of the Aguilar Family / Making the Figurines / 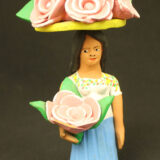 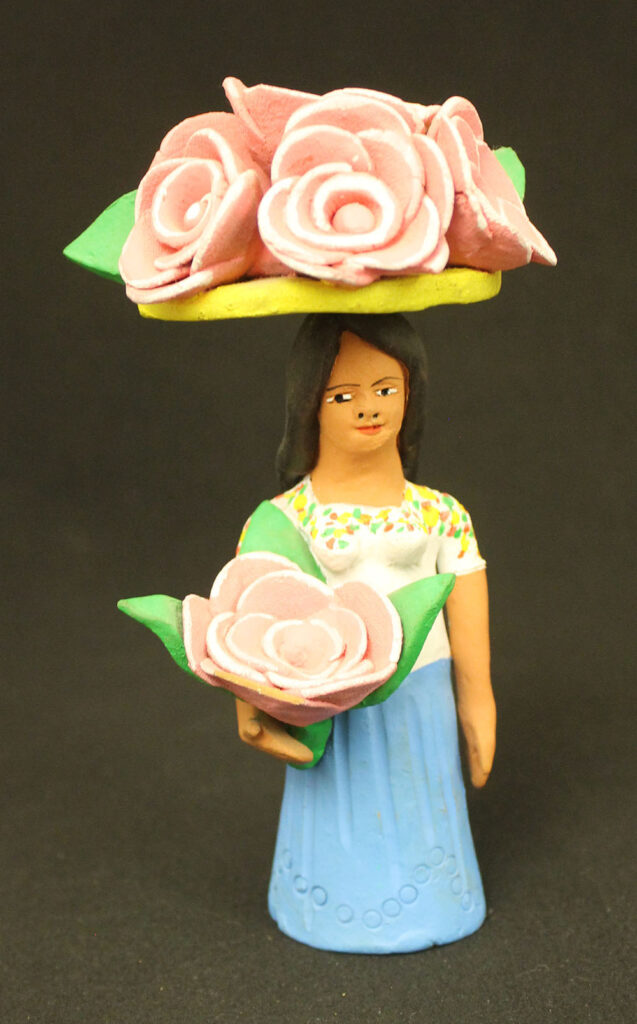 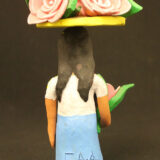 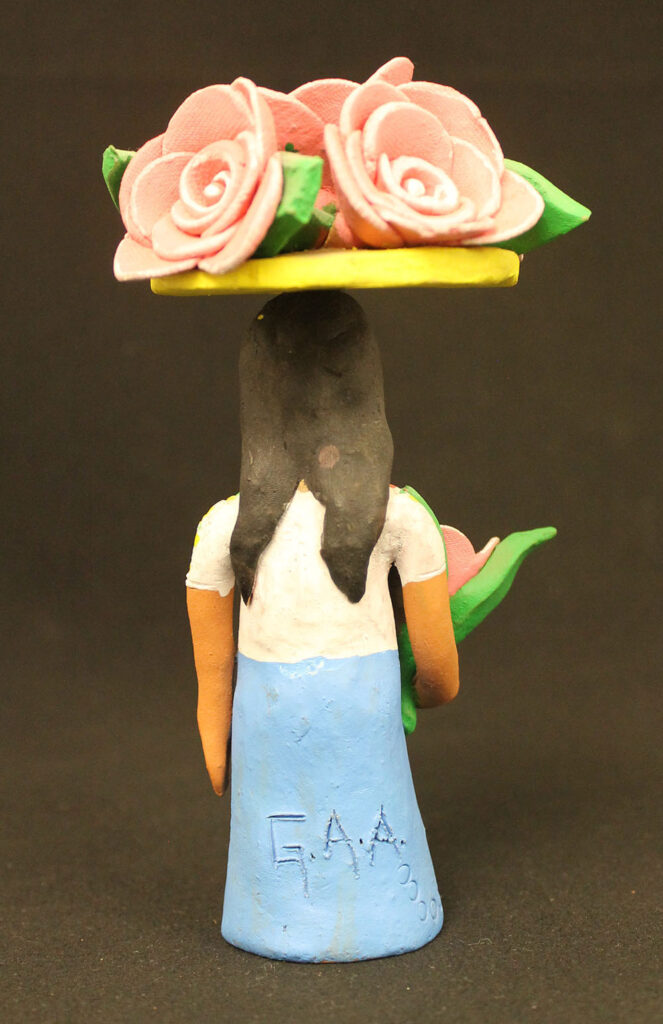 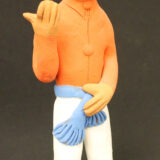 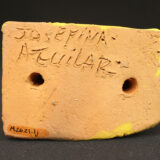 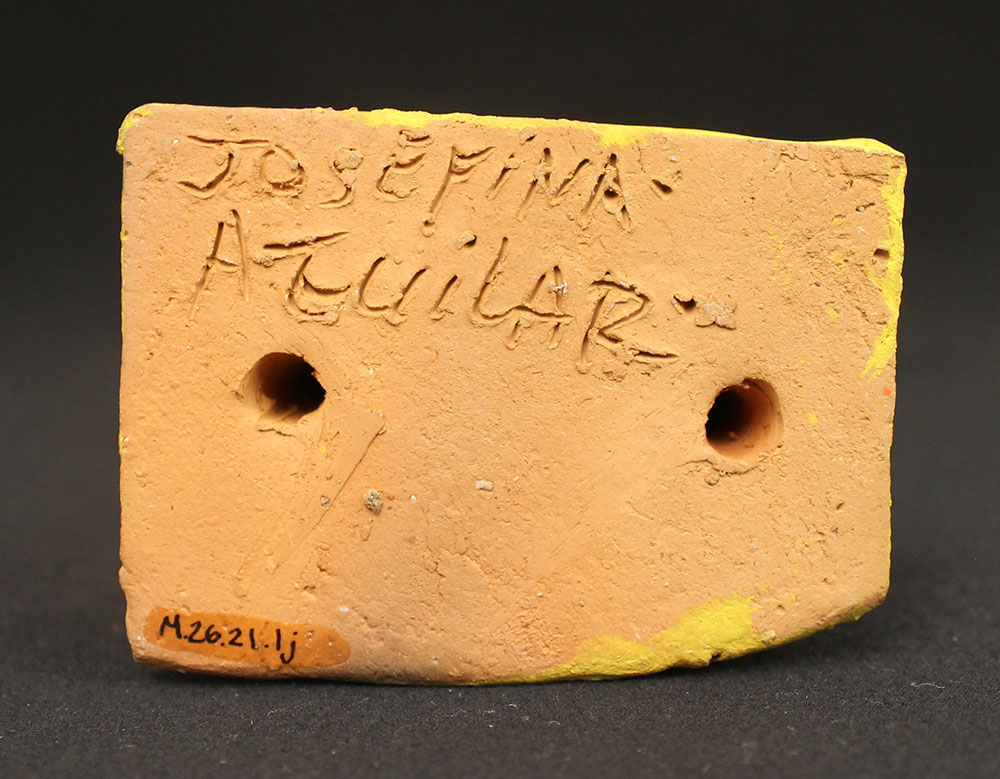 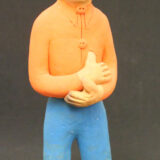 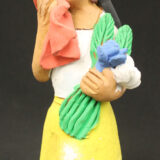 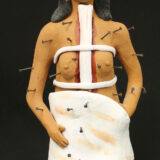 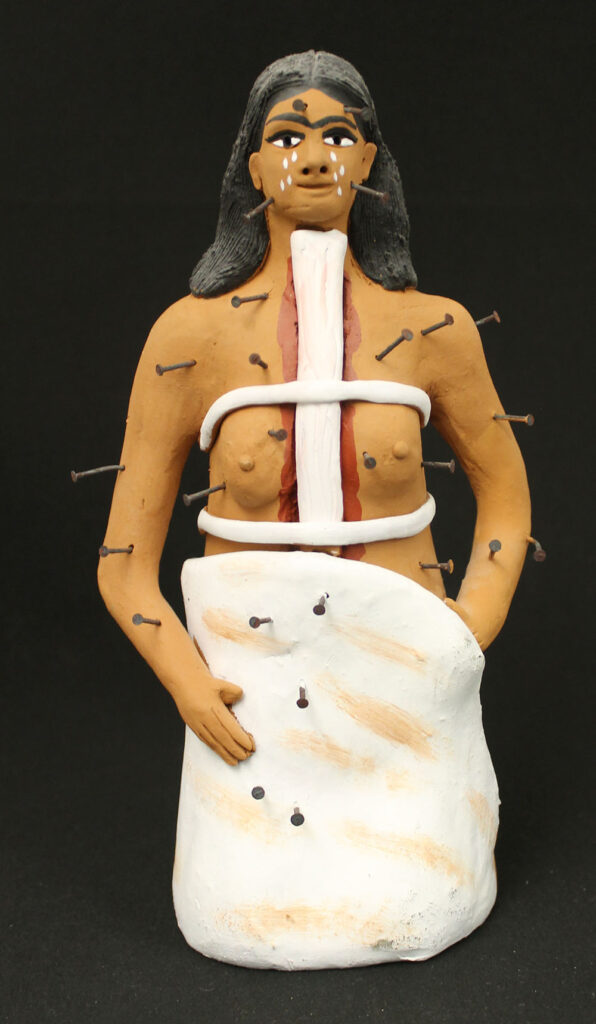 Men, women, and children are part of the process of making the figurines. During the dry season, the Aguilar family digs up and collects enough clay to last through the rainier parts of the year. The men dig for hours, as the best clay is found at depths of up to fifteen feet.

There is no potter’s wheel in the Aguilar family’s workshop. Instead, they apply precolumbian techniques, mainly using their hands and natural tools. For example, a common tradition is that clay is softened by “dancing” on it with the feet. Guillermina uses a thorn to carve details and expressions, as seen in the figurine of a woman carrying roses below. 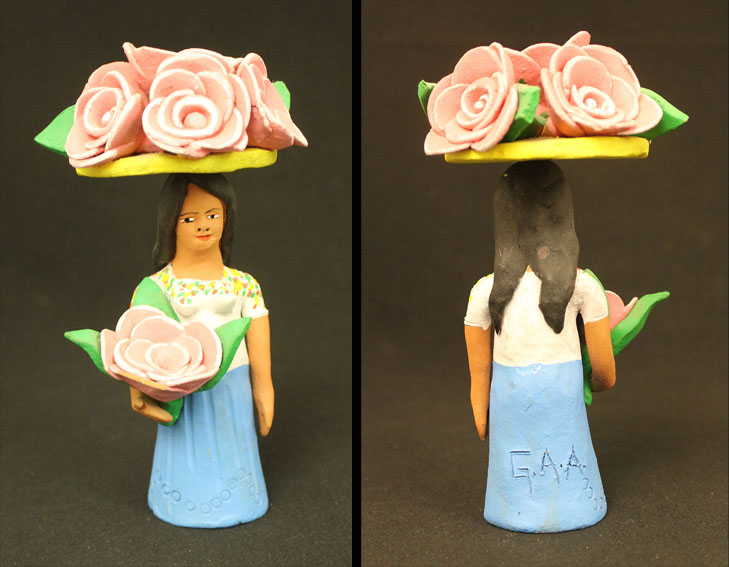 Woman with Flowers by Guillermina Aguilar

The next step requires patience, as the artists have to wait approximately one week for the figurines to dry before firing them in a kiln. Even after prolonged drying, some of the figurines do not survive the firing process. The ceramics that make it through are left to cool for a day or two before being painted with bright colors as seen in the figurines of two barefoot men and a weeping woman by Josefina Aguilar (below). 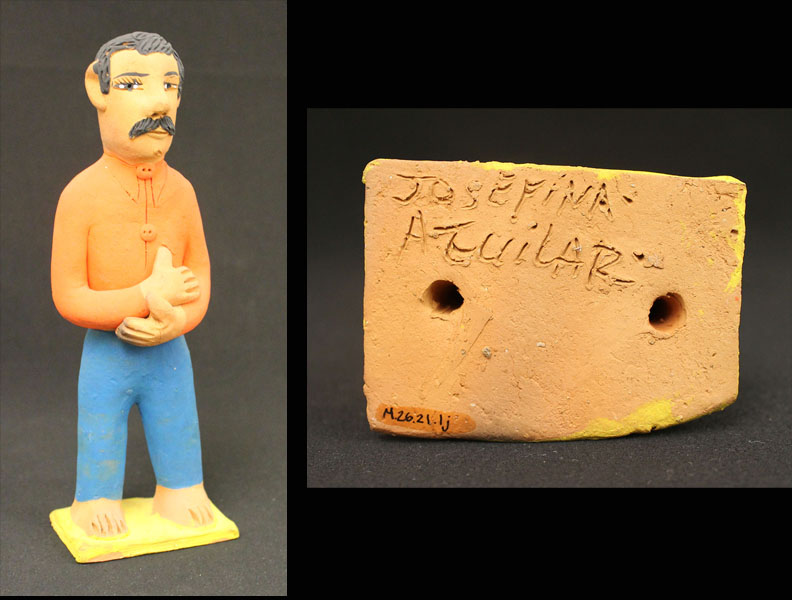 Additional elements are sometimes added to the figurines for more realistic looks. Nails were embedded in the figurine below by Irene Aguilar to accurately portray Frida Kahlo’s 1944 painting “The Broken Column.” 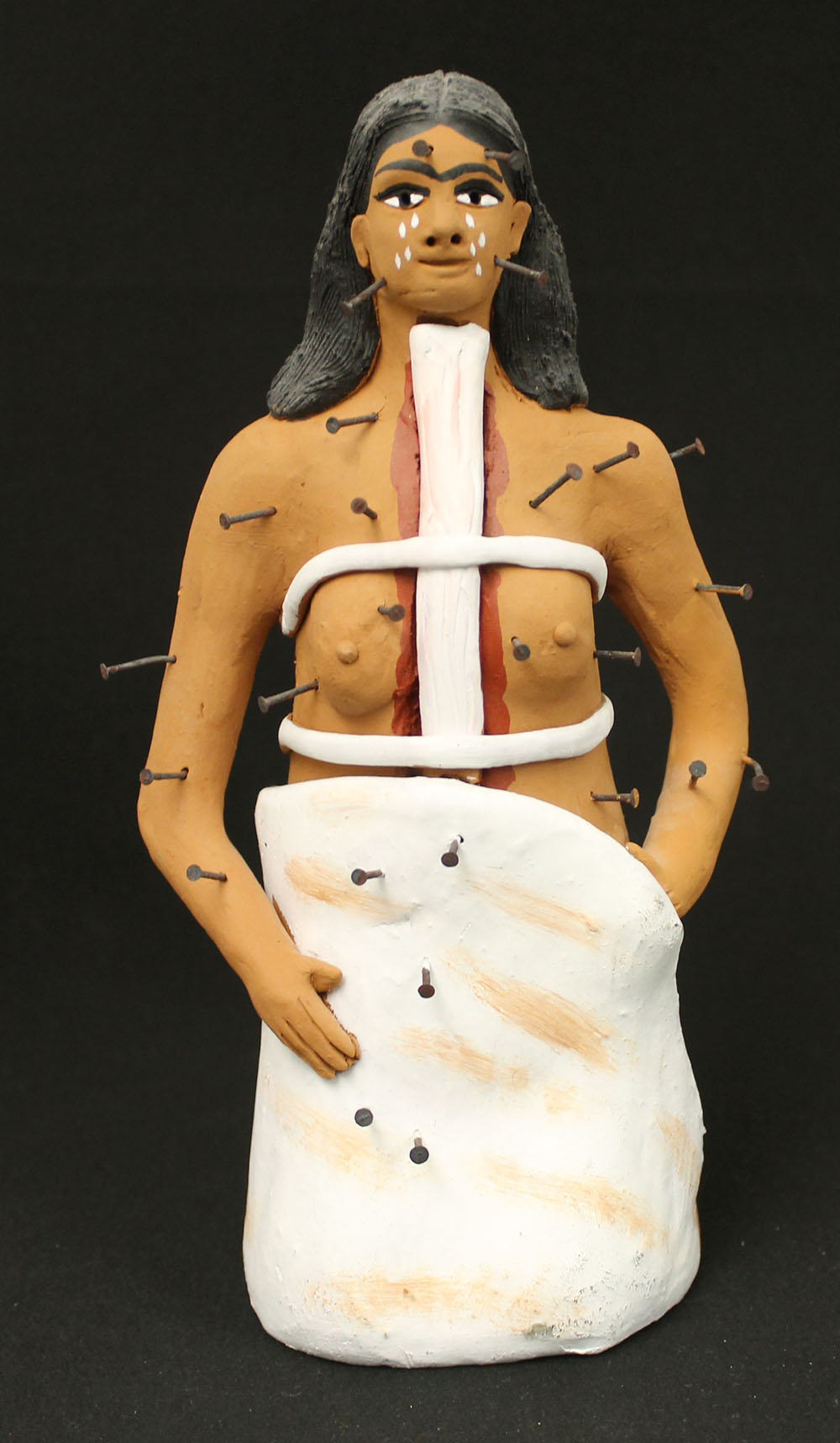