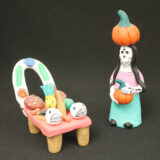 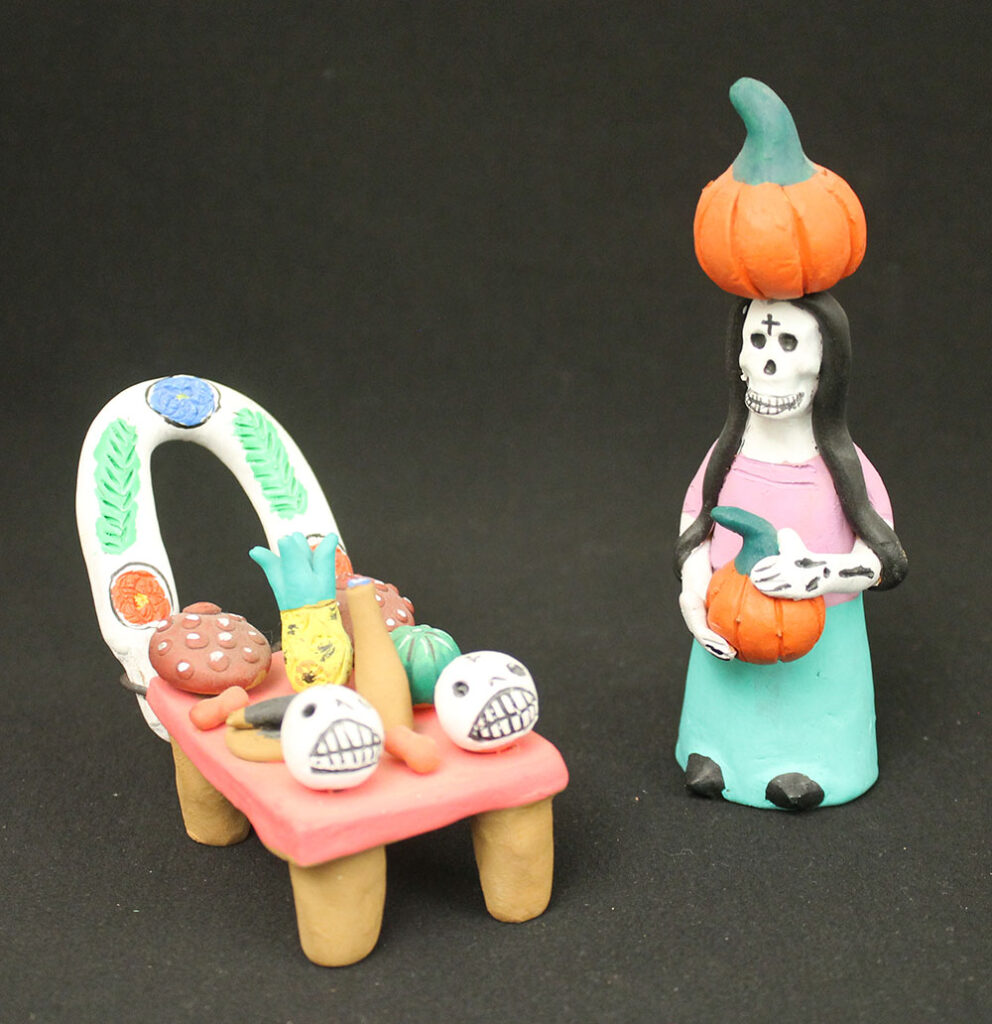 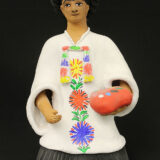 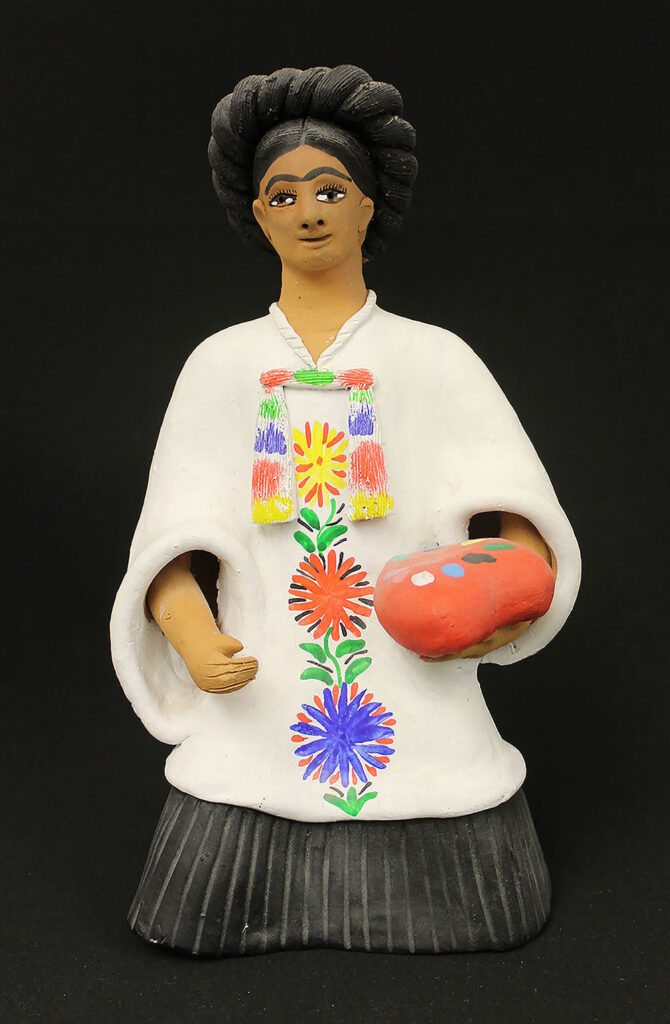 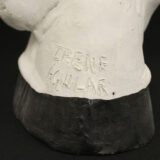 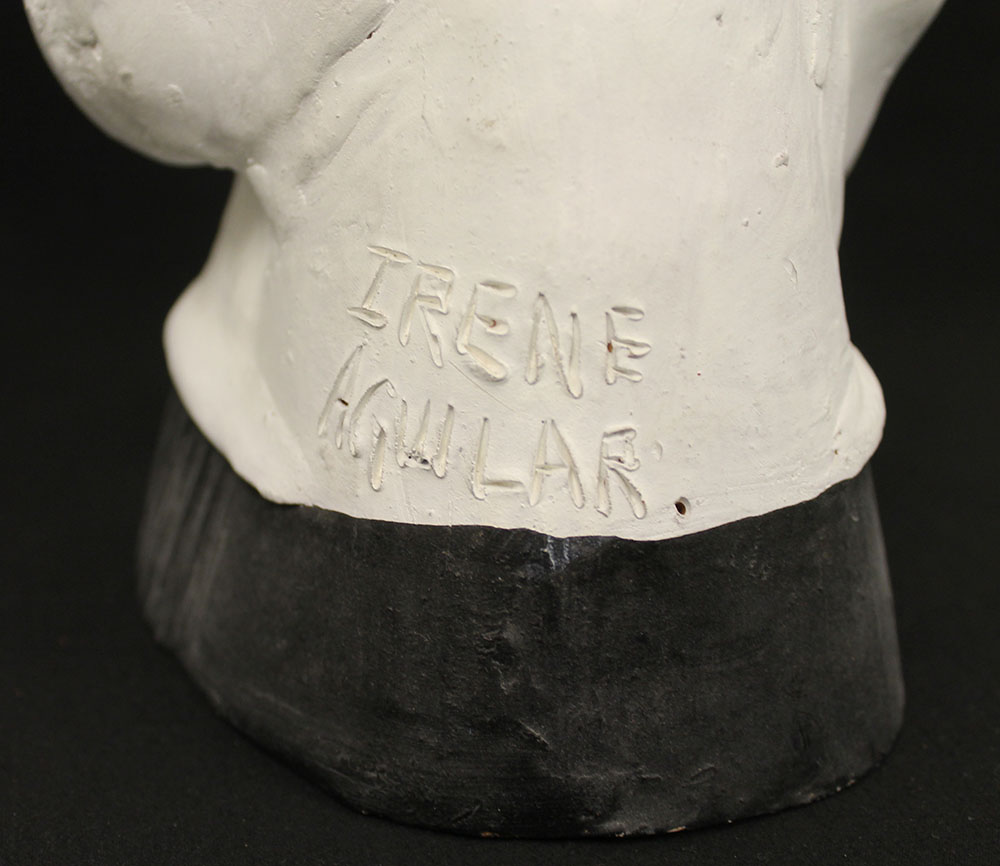 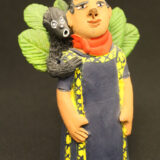 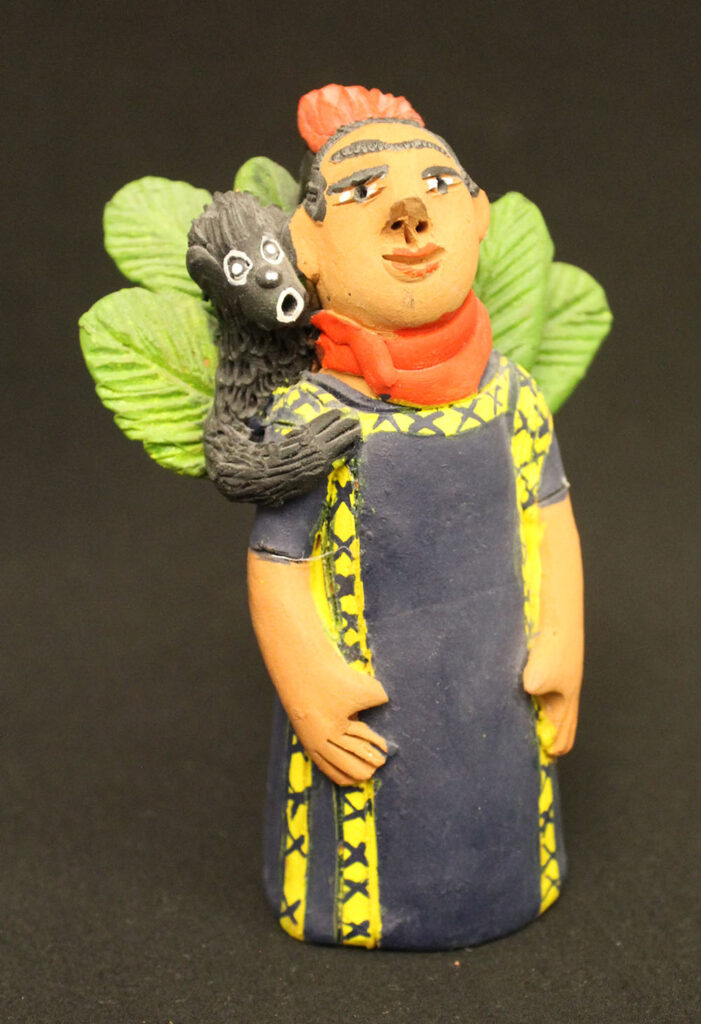 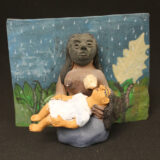 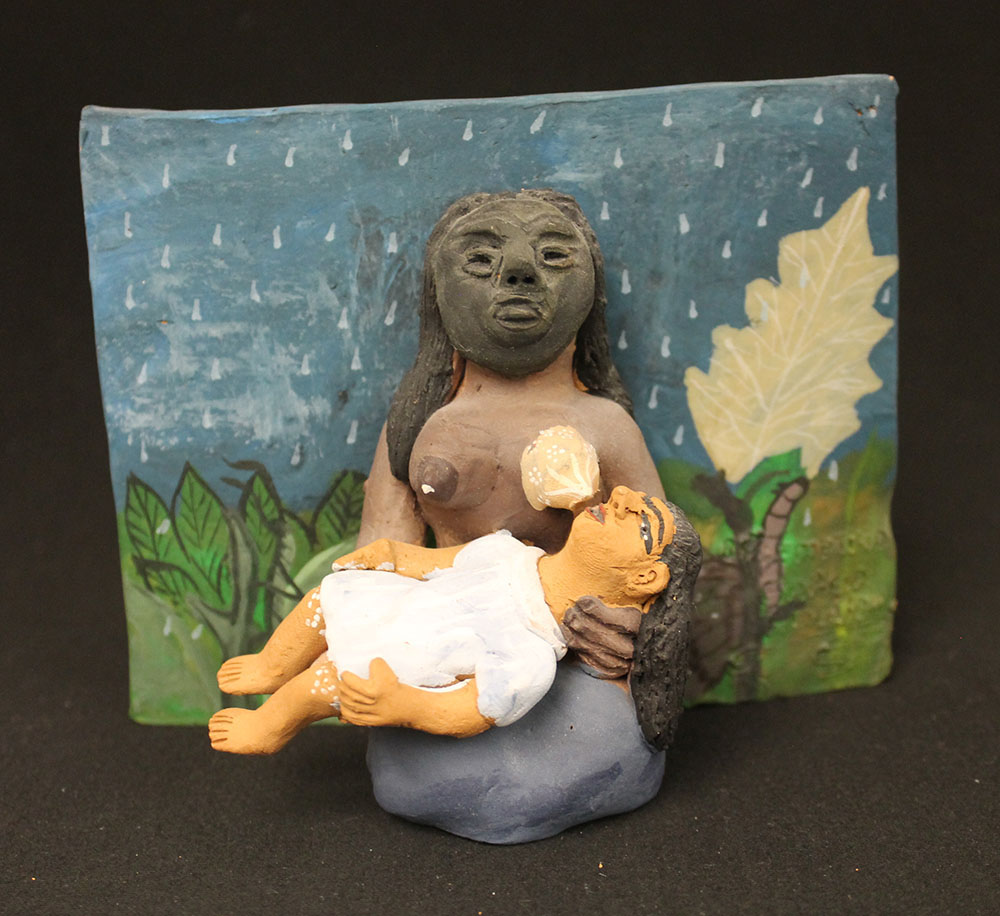 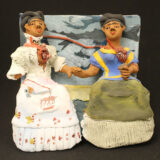 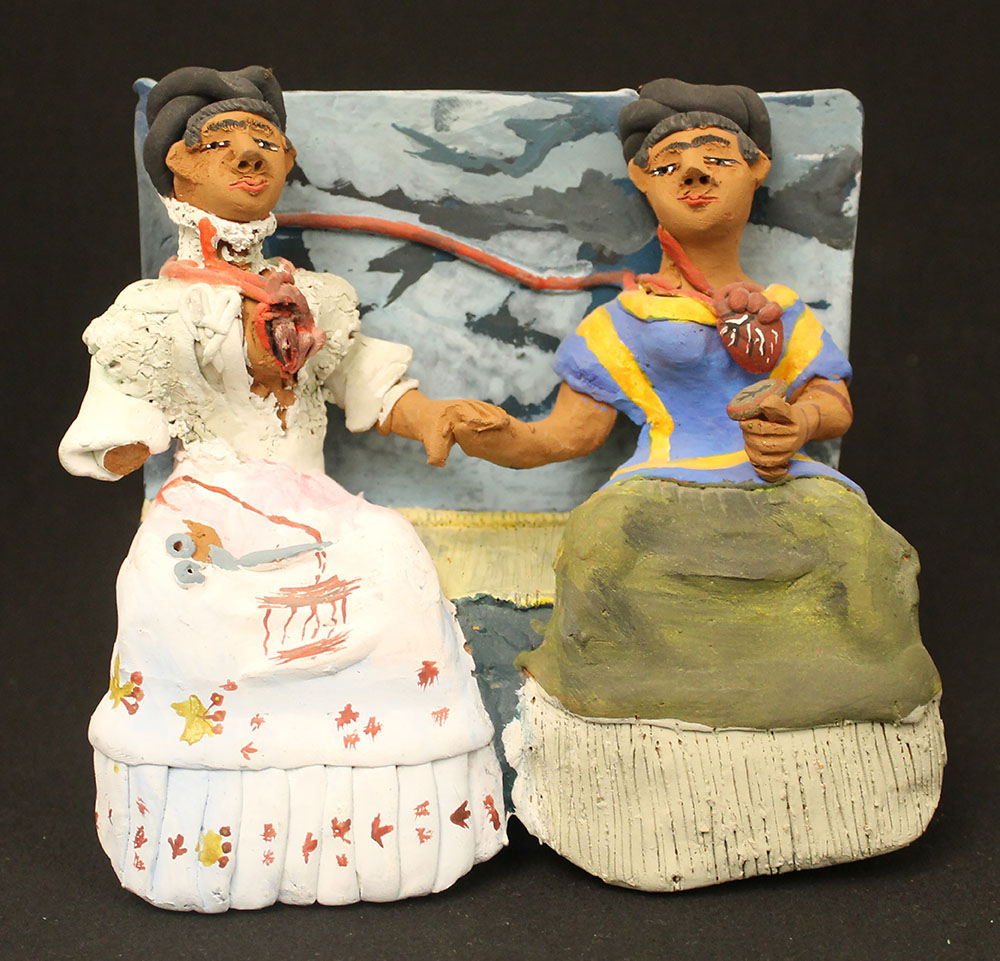 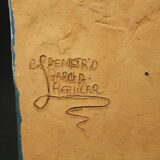 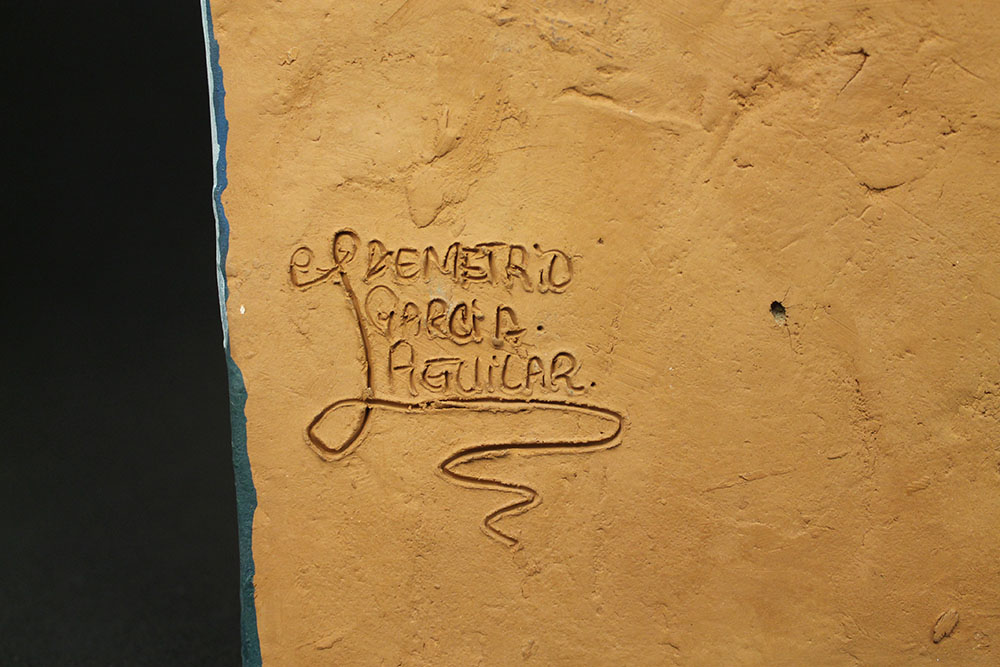 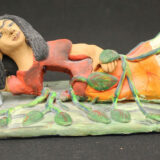 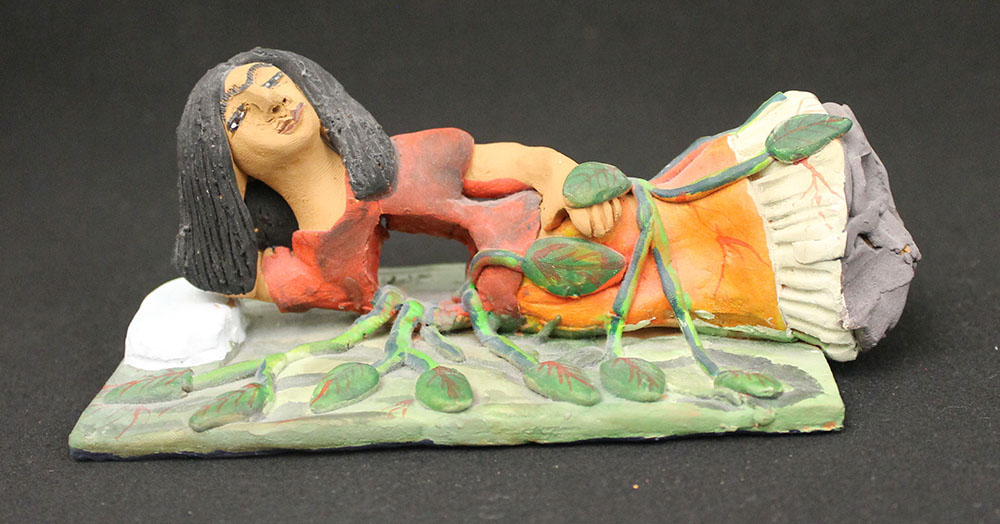 Doña Isaura Alcántara Diaz was born in Oaxaca in 1924. To provide for her family, she made clay pottery. As her works became well known as both useful and decorative, she became an important community figure.

As an illiterate woman, Doña Isaura’s affairs were initially credited to her husband Jesús Aguilar. As she experimented more, Jesús’s reputation increased, to the point that illustrious collectors such as Nelson Rockefeller traveled to Ocotlán de Morelos to buy the figurines. Doña Isaura taught her craft to her four daughters- Guillermina, Josefina, Irene, and Concepción. 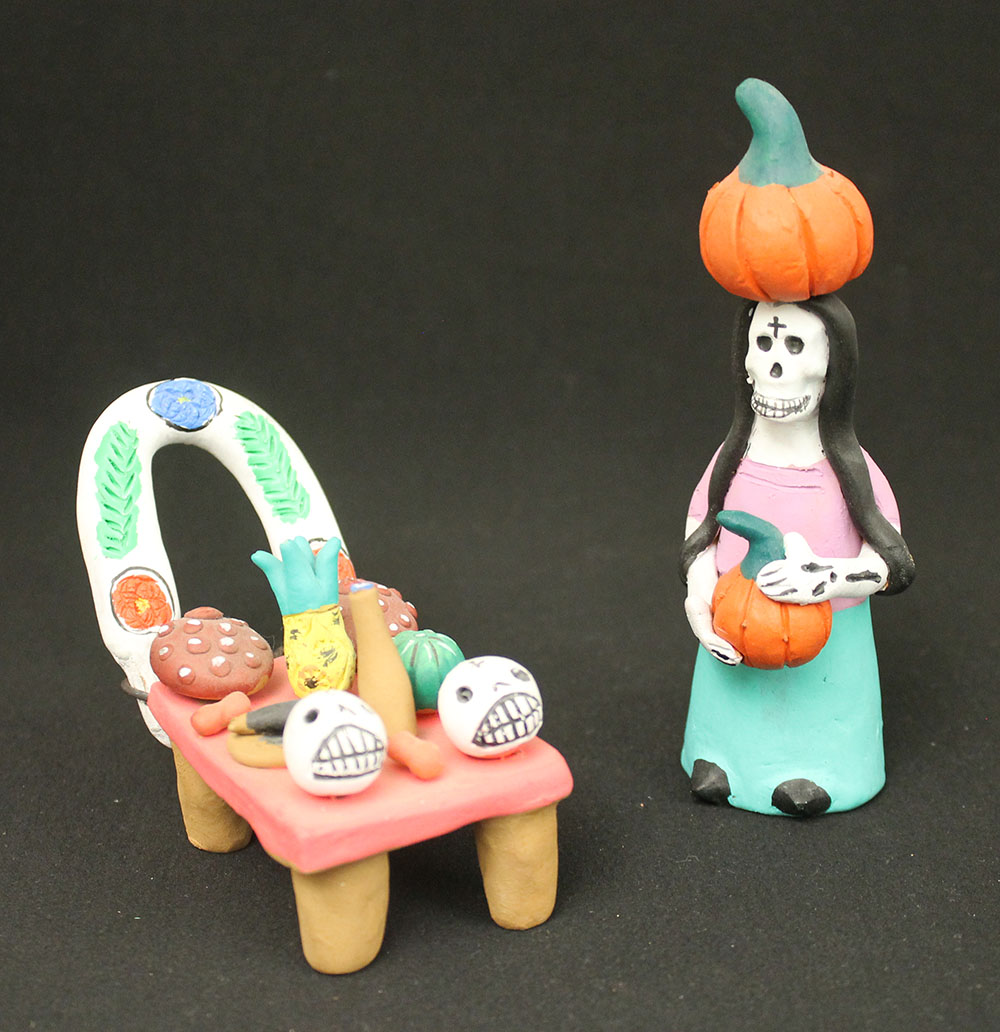 Figurines with themes related to the Mexican artist Frida Kahlo are commonly portrayed by the Aguilar family. Frida Kahlo is depicted here in a figurine by Irene Aguilar. Each family member carves their signature in the figurines, making it easy to identify the artist. 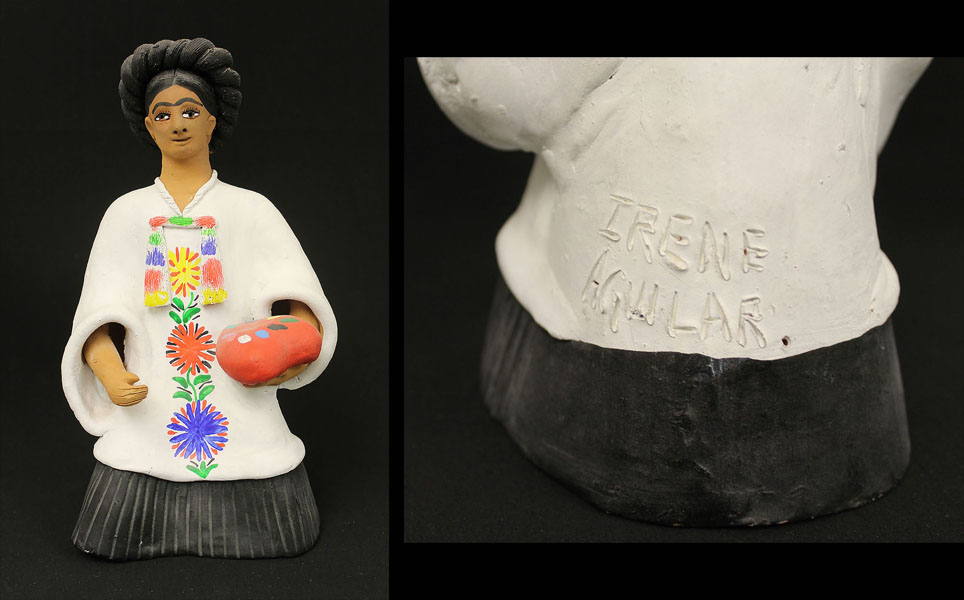 Most of the figurines in this exhibit were made by Josefina Aguilar. Of Doña Isaura’s daughters, Josefina’s work is the most well-known inside and outside of Mexico. Her style is cheerful and colorful, as seen in the depiction of Frida Kahlo’s 1940 painting “Self-portrait with Monkey.” 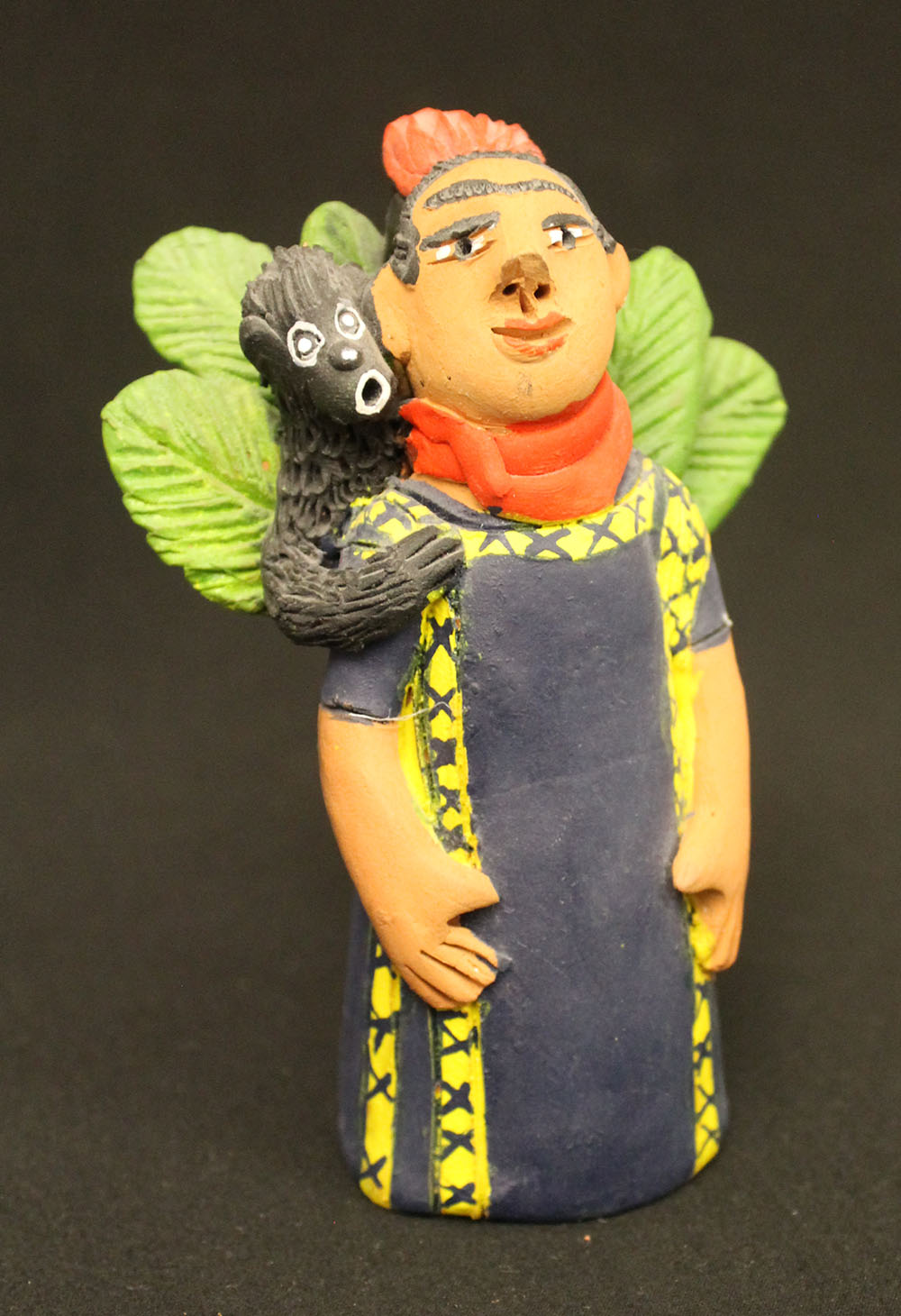 Lorenzo Demetrio García Aguilar is Josefina’s son. His ceramic interpretations of Frida Kahlo’s paintings “My Nurse and I” (1937), “The Two Fridas” (1939), and “Roots” (1943) perfectly exemplify the artist’s novel style by using smoky colors and adding a background or foreground to the figurines.