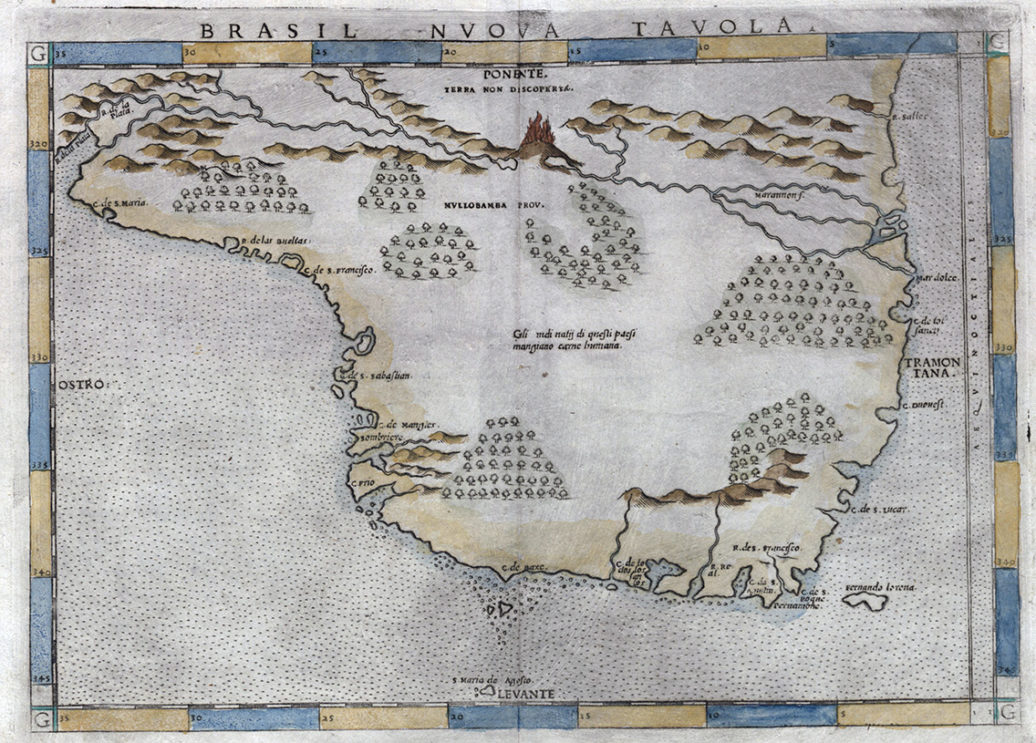 The wonders of Amazônia, its sheer size, breadth and diversity of life and human cultures, continue to astonish and challenge, much as they did to the European explorers, colonists and cartographers of centuries past. The numbers are staggering. The Amazon Basin comprises the largest rain forest on the planet that is roughly the size of the continental United States, while the Amazon River is the world’s most voluminous drainage, 11 times that of the Mississippi River. Throughout the centuries, the history of Amazônia has largely consisted of successive efforts to master this exuberant natural world and its people, whether for commercial or colonial exploitation, religious conversion, scientific engagement, and now, modern development.

A companion online exhibit to the Amazônia Ocupada physical exhibit at the Latin American Library at Tulane University. Mapping the Amazon River features a selection of pieces from the Latin American Library’s map collection and Howard-Tilton Memorial Library’s Rare Book Collection that narrate some of the more interesting moments in the historical desire for mastery of this bountiful environment revealed through key examples of Amazonian cartography.

I would like to thank my co-organizers Hortensia Calvo, Christopher Dunn, and Felipe Cruz for inviting me to participate in the Amazonia Ocupada exhibit; to Jane Pinzino and Elizabeth Boyne for their help with identifying relevant pieces in Howard-Tilton's Rare Books collection; and to Jeff Rubin for digitizing and producing the image of the "Brasil Nuova Tavola" (1598) map.

First Maps of the Amazon River