This final section focuses on the 20th century and the activities that led to what might be termed the true “conquest” of the Amazon Basin, at least from the cartographic perspective.  Comprehensive and accurate mapping of the Amazon came about using mid-20th century remote sensing.  Remote sensing is the science of gathering descriptive information about physical objects, areas, or surfaces of the Earth through the analysis of data (in radiant energy form) collected “remotely” or from a distance by sensors.  Remote sensing can be passive, where radiant or thermal energy emitted by an object or surface at any one time is recorded, or it can be active, in which case, a device will direct energy at objects, areas, or surfaces and then recollect and analyze the energy that is reflected back.  Remote sensing is done through a variety of techniques and devices and it has a wide range of applications across many scientific and professional fields.  The forms of remote sensing perhaps familiar to most people today would be RADAR, SONAR, and LiDAR.

The use of remote sensing to map the Amazon began under the military regime governing Brazil in the late 1960s.  In 1971, the Brazilian government began construction of the Trans-Amazonian highway as prelude to the large-scale exploration and exploitation of the untapped natural resources of the Amazon Basin.  But the construction was slow-going and often stymied because of inaccurate or incomplete knowledge about the Amazonian terrain.  It was decided that only after obtaining a much improved mapping of the Amazon could highway construction continue.

Several years earlier, in 1968, Brazilians from several government institutions had participated in a training program run by the Institute for Space Research and NASA to learn the use of side-looking airborne radar (SLAR) for large-scale mapping of landscapes.  The United States military had demonstrated that this active remote sensing technique could penetrate rain forest cover to produce highly accurate maps of the Earth’s surface.  In 1971, the Brazilian Ministry of Mines and Energy initiated the RADAM (Radar Amazon) project.  The goal of the project was to use SLAR technology to map the entire Amazon Basin and survey its natural resources.  The radar device was mounted onto the underside of an aircraft that would fly along a series of transect stations built across the Amazon region in order to achieve the mapping.  The RADAMBRASIL project proved to be highly successful, so much so, that the government decided to use SLAR to map the entire country of Brazil.  The quadrant map below, SB22-X-D, published in 1981, is one of a series of 1:250,000 scale paper maps produced by the RADAMBRASIL project.  It was, for the time, a high-resolution image of the surface of the Amazonian terrain produced from SLAR data.  It reproduces in fine detail the relief of the land’s surface, the course of rivers and tributaries, and even the progress of the Trans-Amazonian highway. 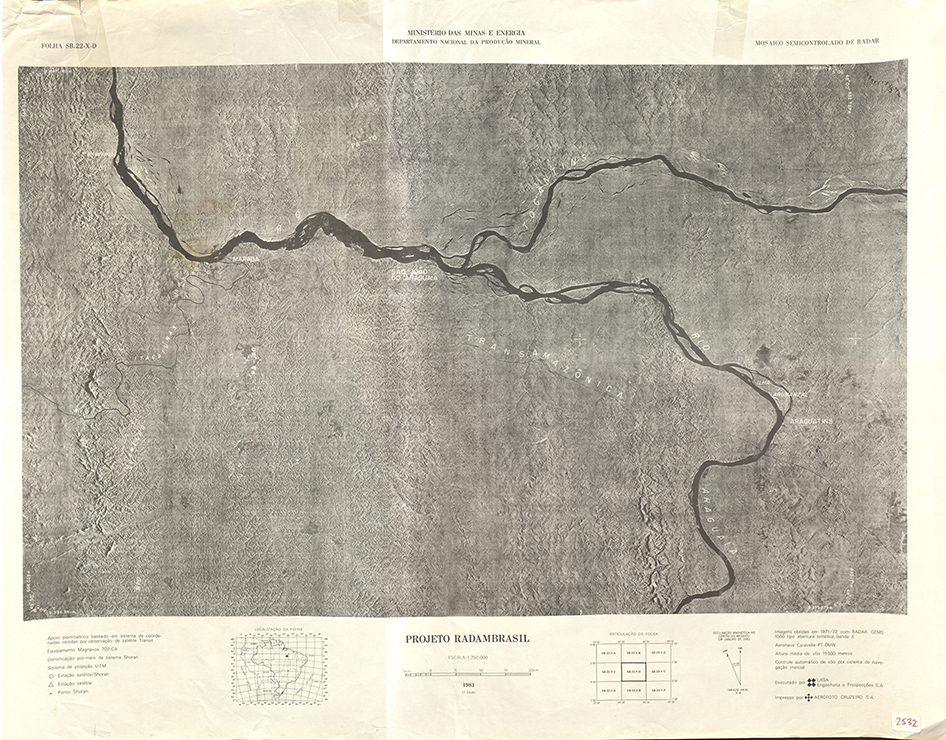 At about the same time, the news magazine, Realidade, dedicated its October 1971 issue to comprehensive reporting on Amazon and the opening up of the region by government-sponsored development projects, like the Trans-Amazonian highway and RadamBrasil, which made it possible for large-scale agriculture, industrialization, mining, and migration to take begin and accelerate.  Included in this issue was a fold-out map, shown below, at a 1:5,000,000 scale and in color.  What is most notable about this map is that it provides a visual of the whole of Amazonia at its present state of underdevelopment at the beginning of the 1980s with the projected extent of new transportation networks, hydroelectric construction, new industry, locations of mineral deposits and mining concession limits, and cattle-farming.  This information is conveyed with visual symbols identified in the legend, color to depict relief and outline mining concessions, and numerous annotations, very much in the style of Emanuel Bowen’s 1750 map.

This resource development boom ignited a decades long and ongoing cascade of ecological destruction and cultural loss across the whole of Amazonia.  On assignment to cover the devastation taking place during the 1980s and 1990s was Brazilian journalist, Ricardo Lessa.  Lessa invited his friend, photographer João Farkas to accompany him on what would be a total of nine trips into the region to visually document what was going on.  Coincidentally, João Farkas was a student of famed photographer, George Leary Love (1937-1995).  Love was a U.S. born photographer who lived in Brazil and contributed the photographic essay published more than 10 years previous in the groundbreaking 1971 Realidade issue about the Amazon.  Photographs taken by João Farkas on those trips with Lessa comprise his recent publication,  Amazonia Ocupada 2015, and a selection of them were exhibited at the Latin American Library in 2019.  The online version of the Amazônia Ocupada exhibition to which this digital exhibit of Amazonia maps complements can be viewed HERE. 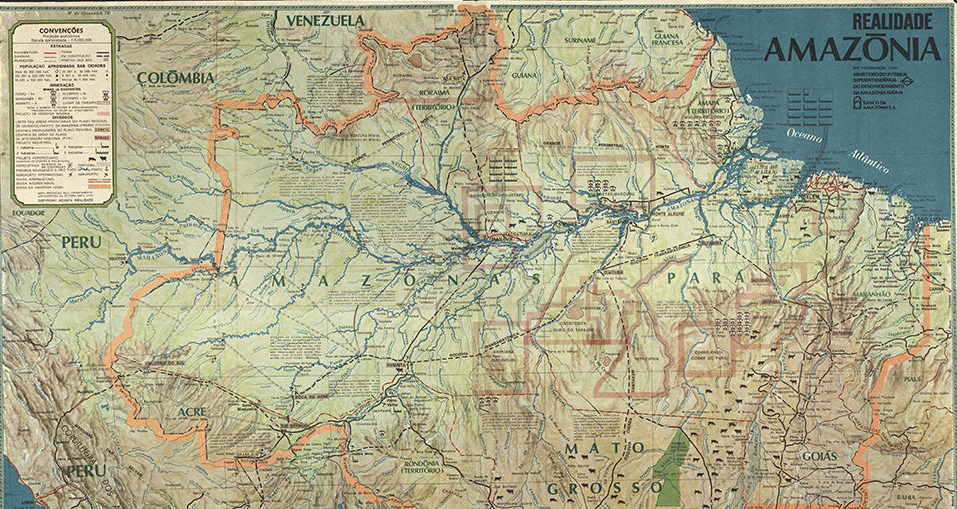 Detail of the pull-out map of Amazonia from the 1971 issue of Realidade, published by Editóra Abril Ltda. 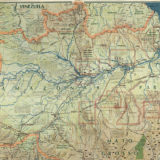