Monuments in Many Styles: Tikal

Maya Stelae: An Enduring Record / Monuments in Many Styles: Tikal / 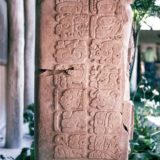 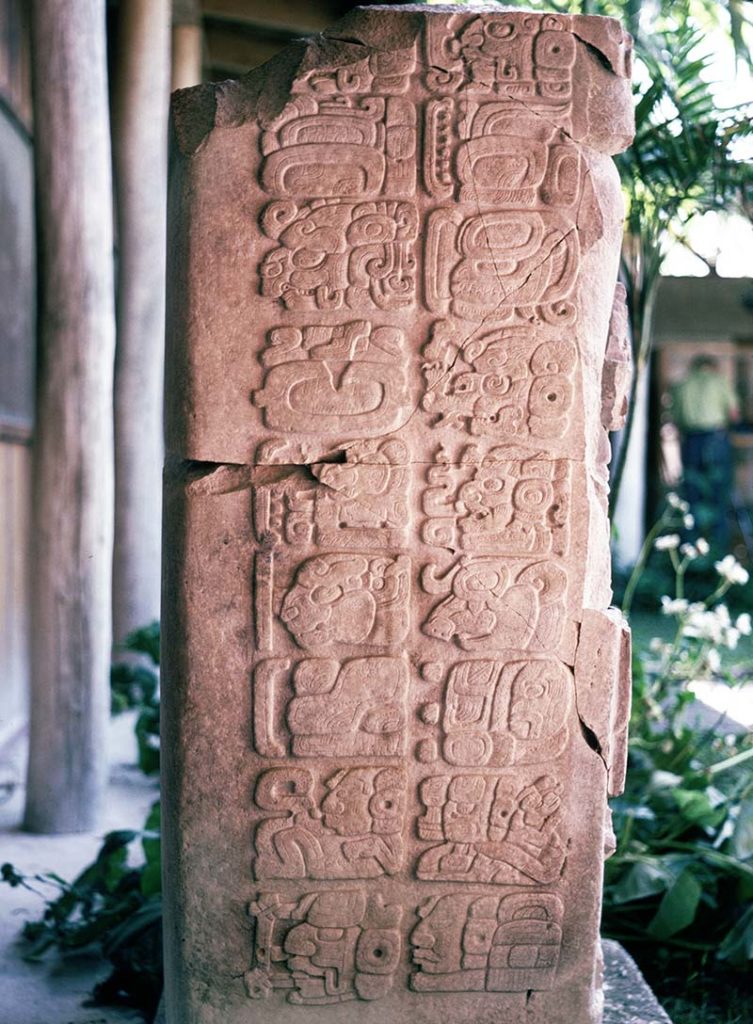 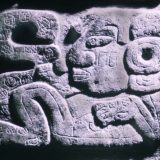 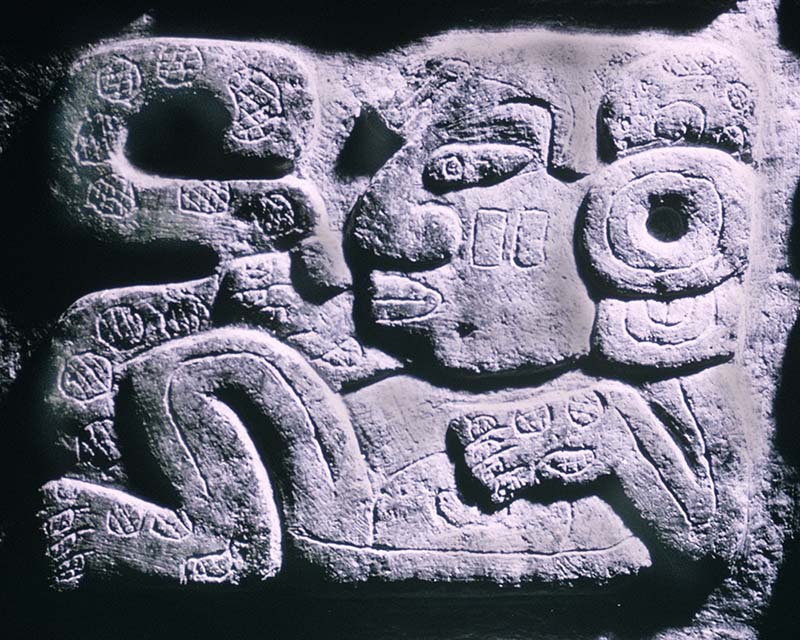 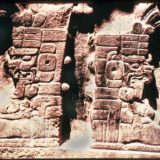 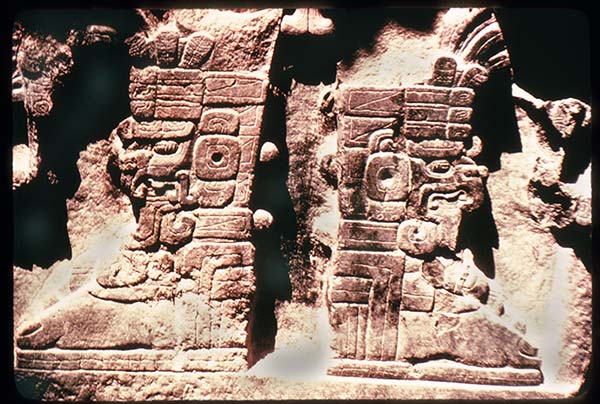 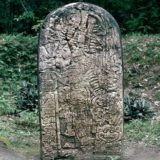 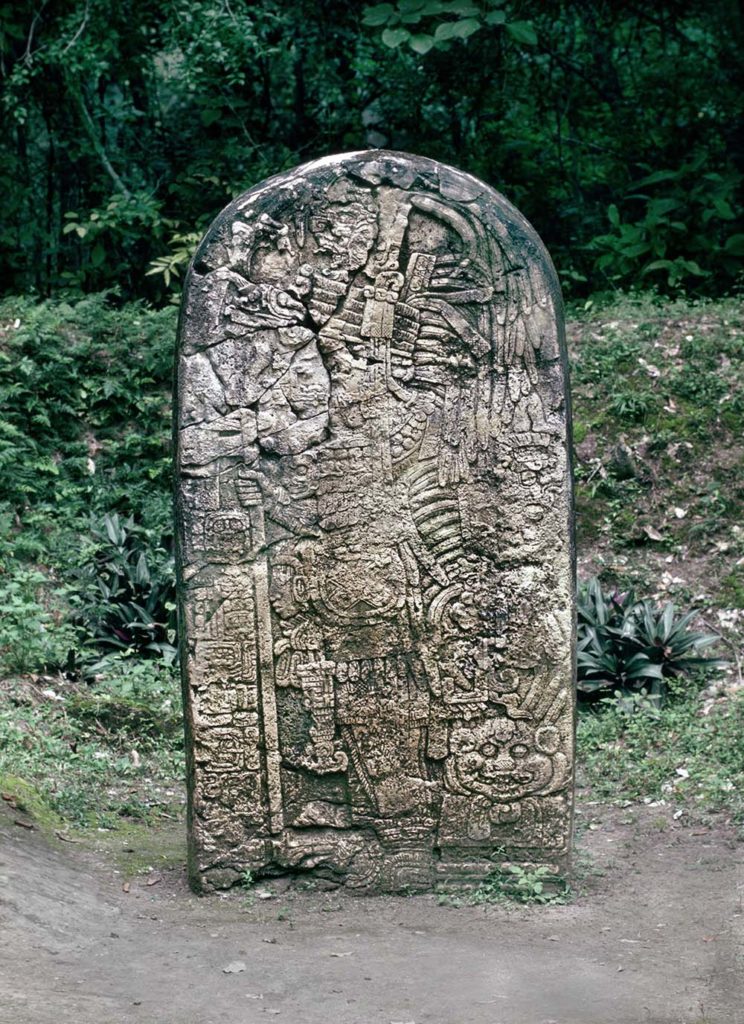 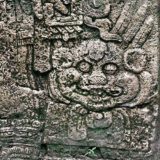 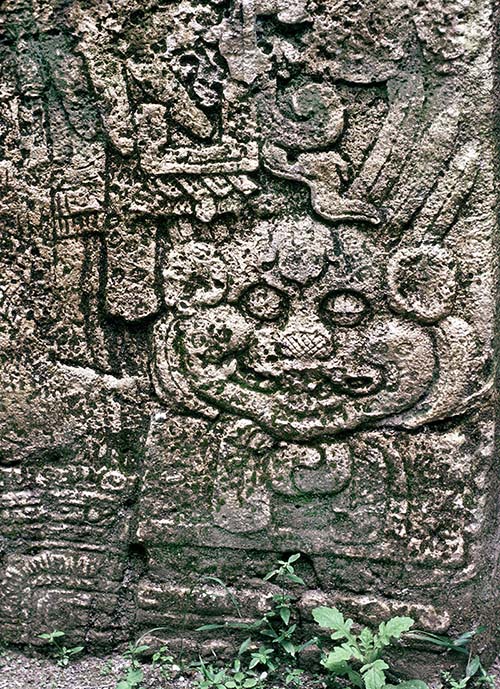 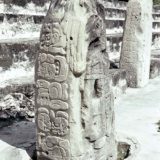 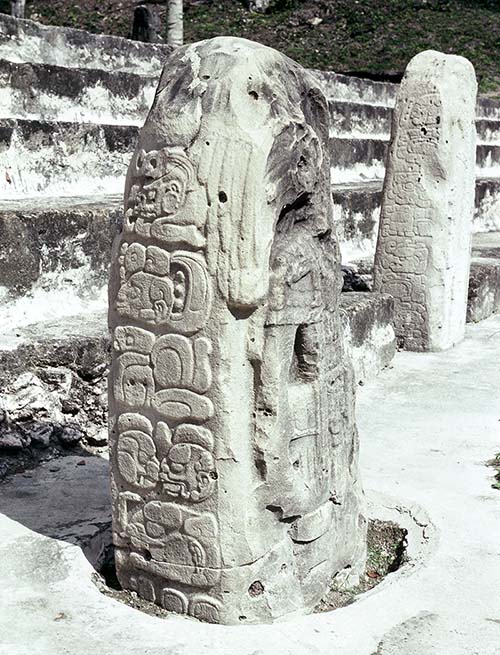 Discovered in 1958 by an archaeological team from the University of Pennsylvania Museum, it has been nicknamed the ‘Red Stela’ due to the pigment found still adhering to its surface. Due to the extensive damage, there has been some debate by scholars as to its date. Generally, Maya stelae include the date at which the monument was erected, but in this case that portion of the text has been lost. Clues gleaned from artistic conventions and layout suggest a date around AD 507, during the Early Classic period.

The complex glyph shown on the right above includes a female portrait (IX), a baby’s body (UNEN), jaguar features, such as paws and ear (BAHLAM), and a jaguar tail (ne). Altogether, the glyph reads Ix Unen Bahlam, or Lady Baby Jaguar. This is the name of a woman who is indicated with reference to her husband and her father or ancestor in the full glyph panel.

Maya hieroglyphic writing is composed of both syllabographs and logographs. The syllabographs are phonetic, giving the sound of a consonant and a vowel, such as ne above, and the logographs convey an entire word. Logographs generally represent the word pictorially, giving much room for artistic license.

The front of the monument, once depicting the king in front view in all of his finery, now preserves little more than the king’s elaborately sandaled feet. Barely visible at upper left of the photo is the diminutive icon of the ‘White Jaguar Bird,’ one of the king’s supernatural patrons. 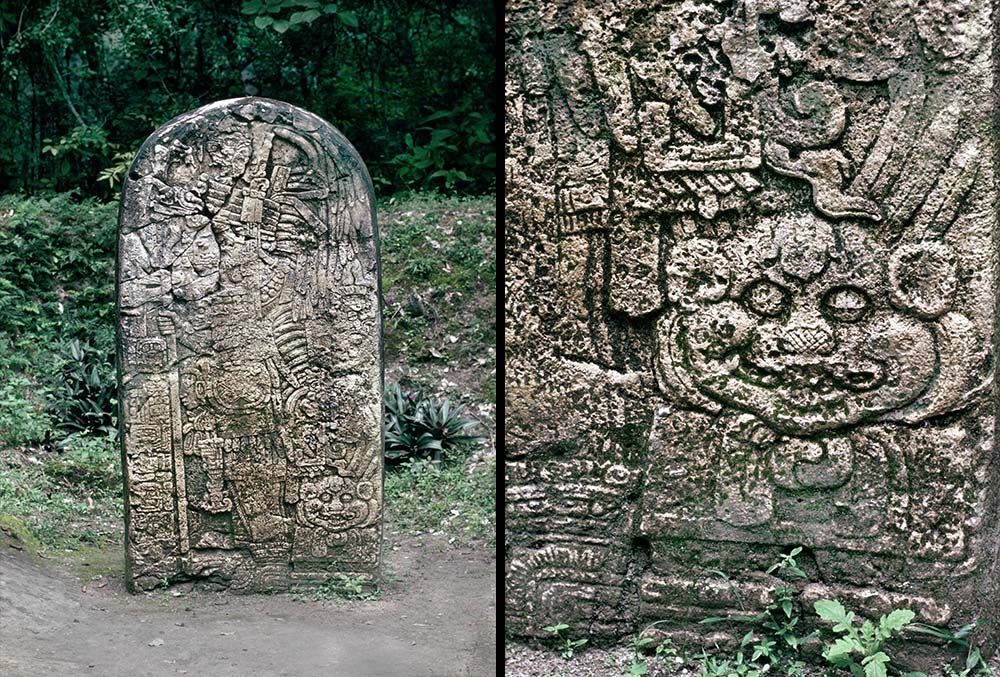 This stela provides a rare “frontal” view of the double-headed jaguar thrones or benches common in Late Classic Maya palaces. The chubby-cheeked jaguar seems to smile at the viewer, and his heavy-lidded eyes add to the self-satisfied impression.

The almost three-dimensional relief of Stela 12 stands in stark contrast to the shallow carving of Tikal Stela 20 above, which dates to almost 225 years later. The visible text reads “and the stela of Kaloomte’ K’inich Bahlam was erected.” This non-royal general seized control of Tikal by marrying Lady Uun K’in, daughter of the previous ruler. Kaloomte’ K’inich Bahlam is depicted on the monument’s front.