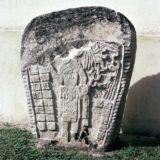 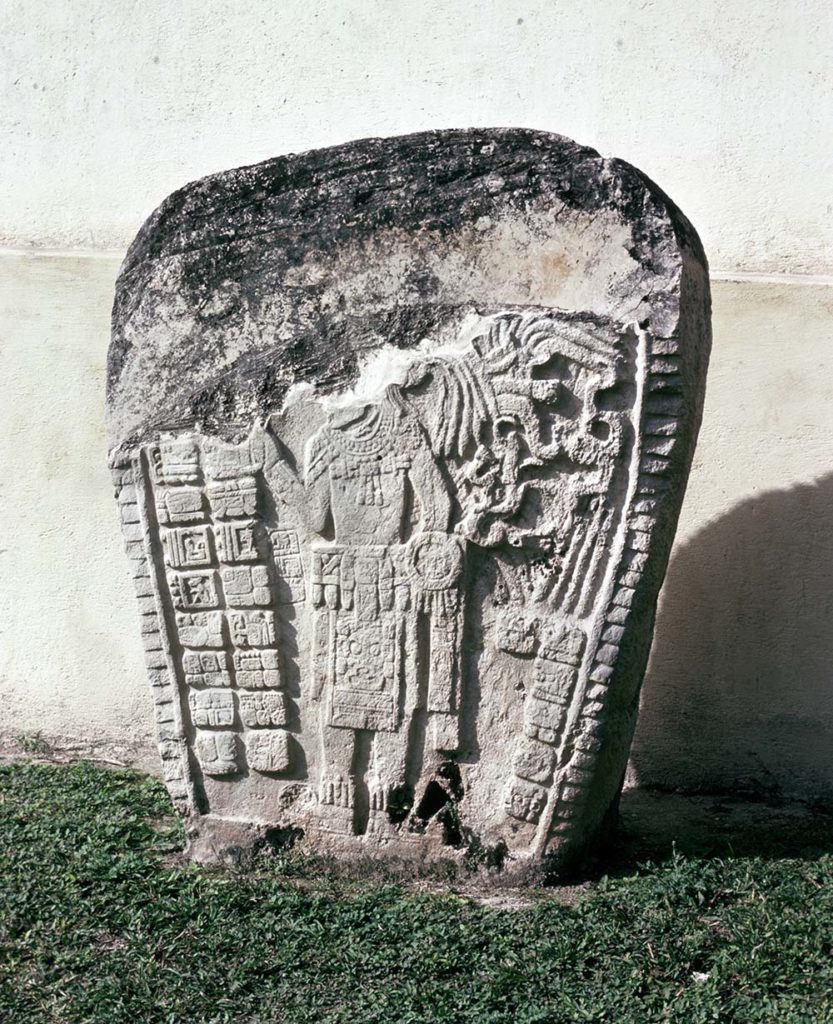 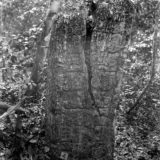 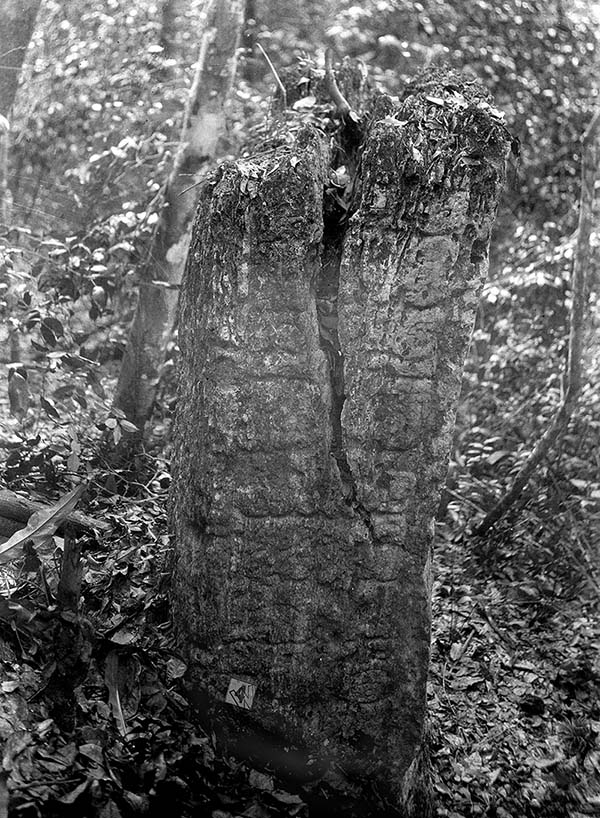 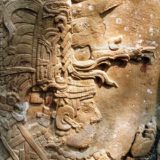 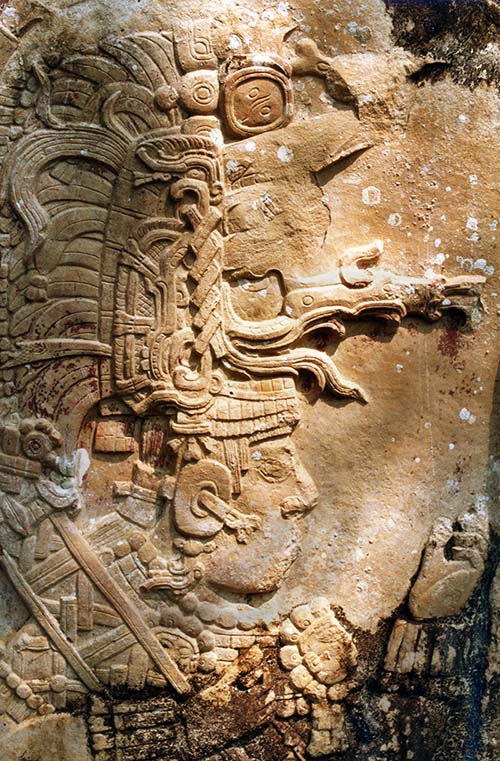 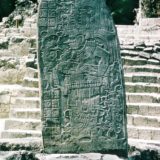 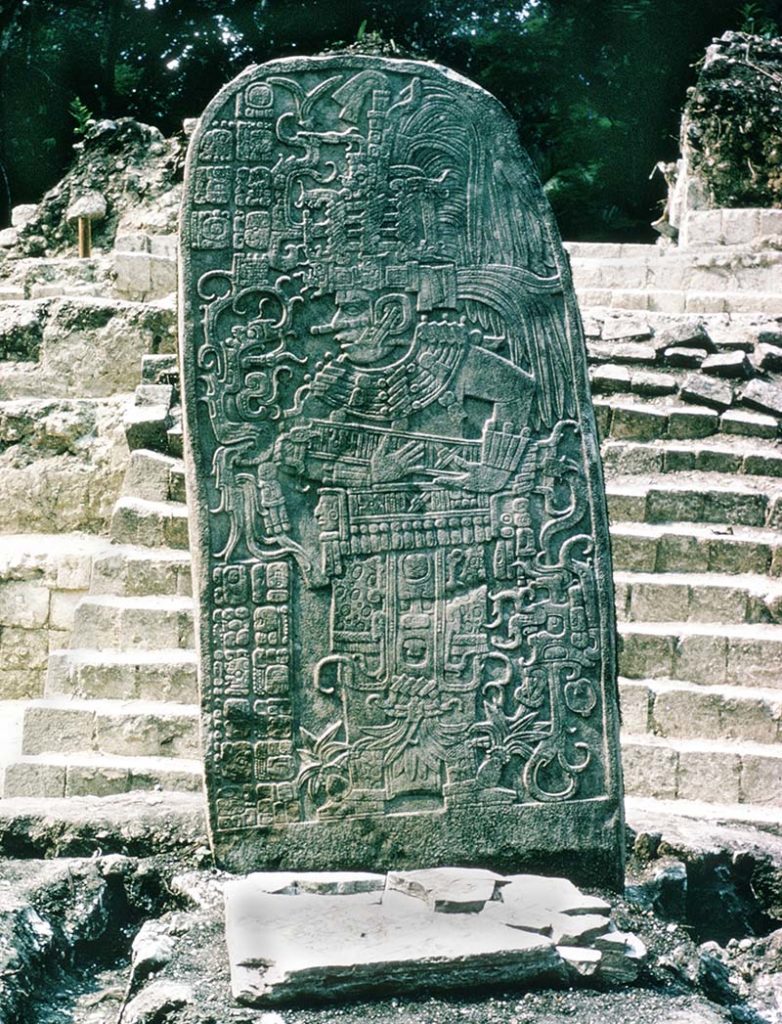 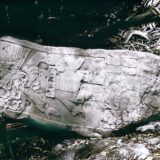 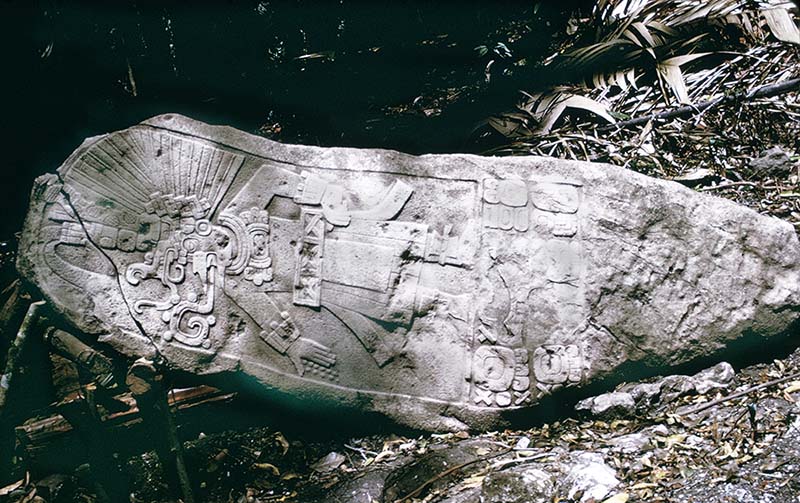 While Tikal and Quirigua are popular among travelers and have many well-known stelae, large stone monuments are found all over the Maya world. This section shows stelae from sites across the lowlands of northern Guatemala. 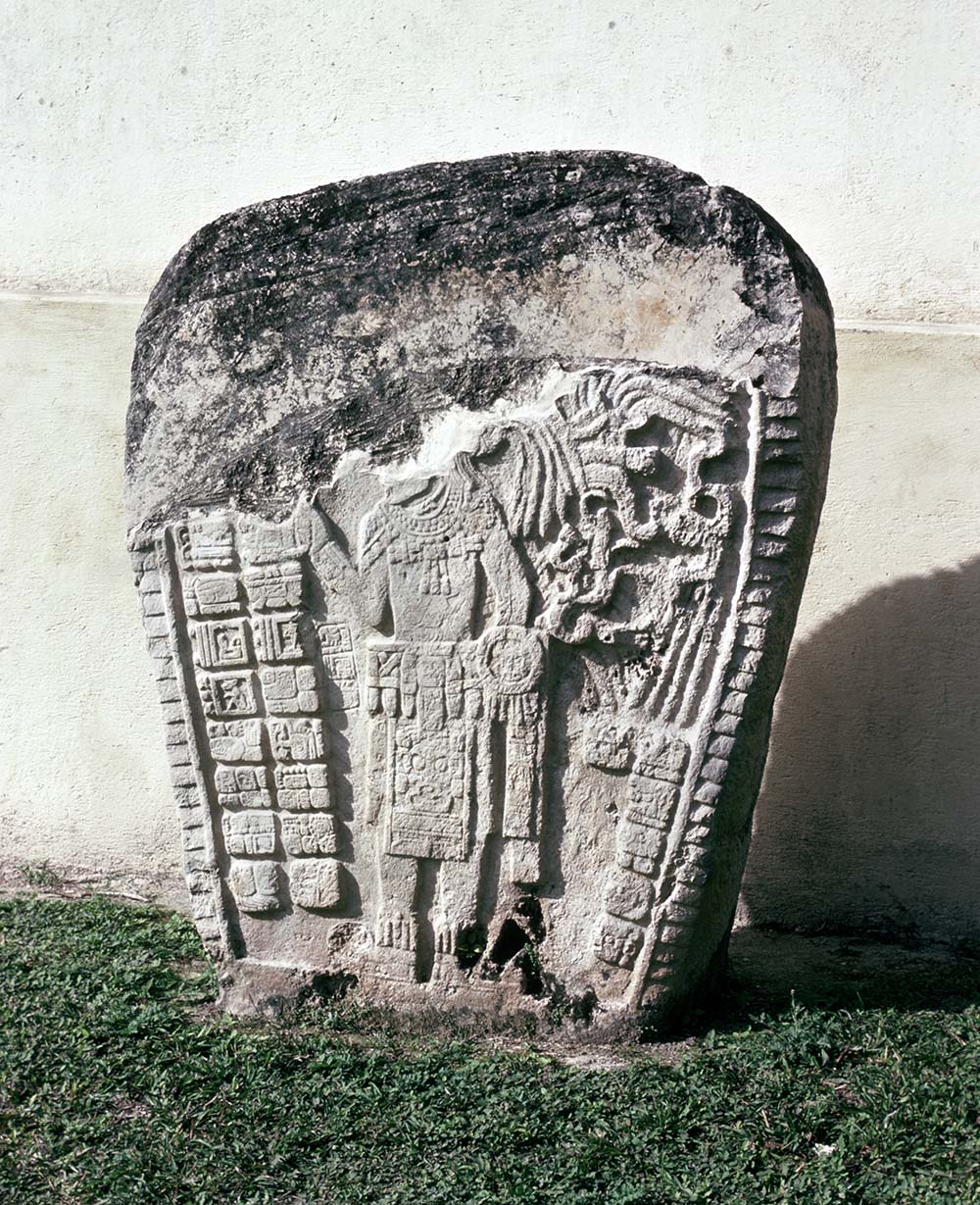 Stela 1 from Jimbal, a very late monument erected in commemoration of the half-period ending 10.2.10.0.0 2 Ahau 13 Chen (June 23, AD 879), is replete with ‘foreign’ hieroglyphs and symbolism, including a sequence of three Central Mexican day signs in square cartouches providing the sequential dates 12 Snake, 13 Death, and 1 Deer.

This badly damaged, heavily eroded monument from La Honradez gives the viewer some idea of the interpretive challenges facing epigraphers in the decipherment of Maya hieroglyphic writing.

Stela 10 from Dos Pilas is a remarkably well-carved monument that probably depicts a local king dressed as his ancestor, Bajlaj Chan K’awiil, officiating over a calendrical ceremony. 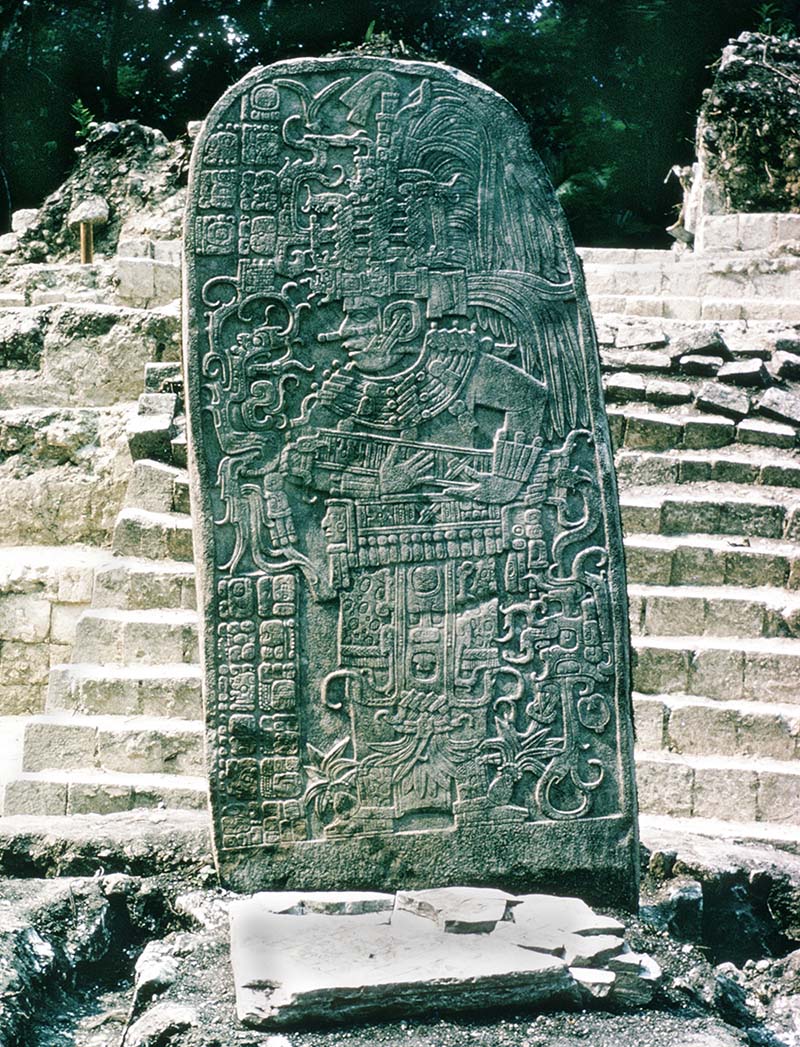 This stela is one of four placed at the base of the radial pyramid A-1 at Ceibal. It dates to 10.1.0.0.0 5 Ahau 3 Kayab (Dec 1, AD 849) and depicts king Wat’ul K’atel. Contemporary kings of Tikal, Calakmul, and Motul de San Jose are all mentioned as visitors to Ceibal on this date. The king stands attired in elaborate ceremonial garb, wielding a scepter in the form of a great two headed monster of the sky. The scepter itself is labeled with celestial symbols, including stars and darkness. The king’s headdress combines symbols of rulership (a jaguar tail and rain god jewels) with symbols of fecundity (the heron and fish), highlighting his role as a bringer of rain and provider for his subjects.

This late monument depicts a Ceibal local ruler attired as the Wind God Ik’ K’uh (often known by the Nahuatl name Ehecatl). This is reflected in the large buccal mask he wears, likely based on the beak of a duck or roseate spoonbill. His breath is depicted as containing droplets of moisture, and he casts incense from his right hand.