The Ruins and Restoration of Zaculeu, Guatemala / Key Structures at Zaculeu / 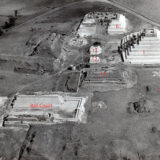 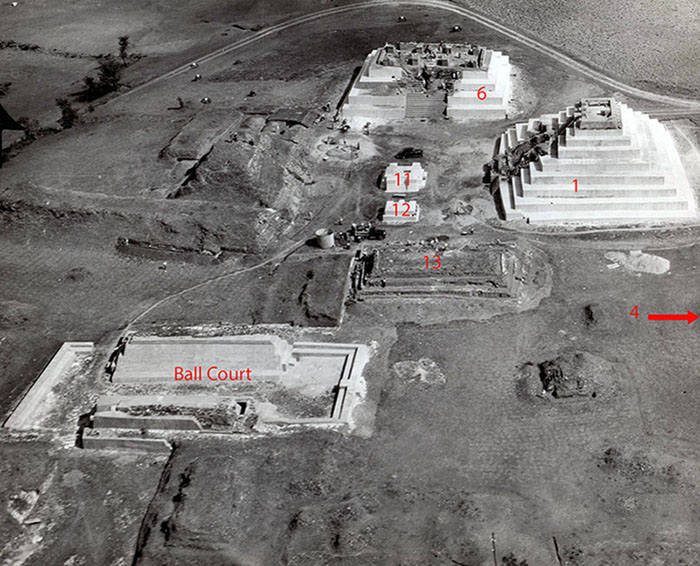 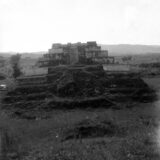 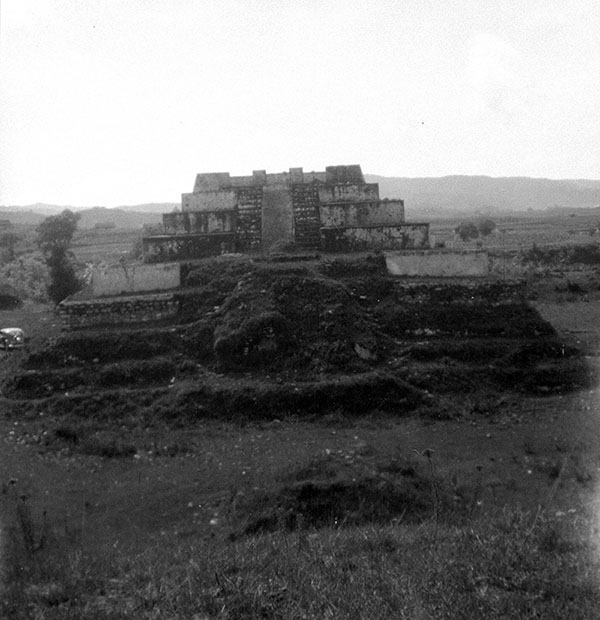 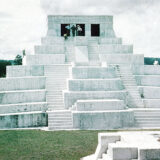 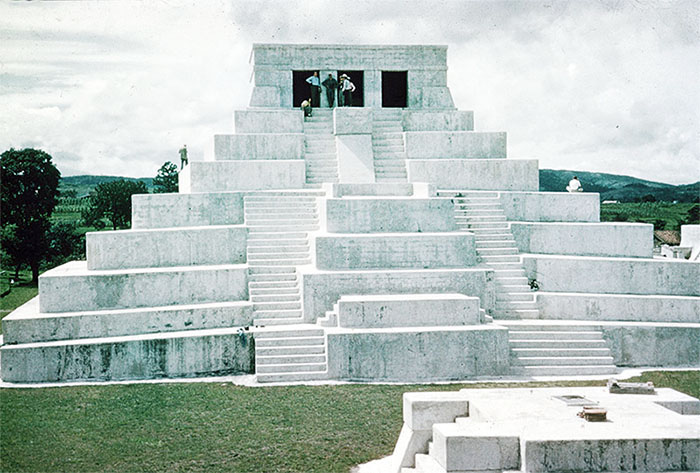 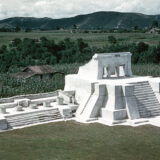 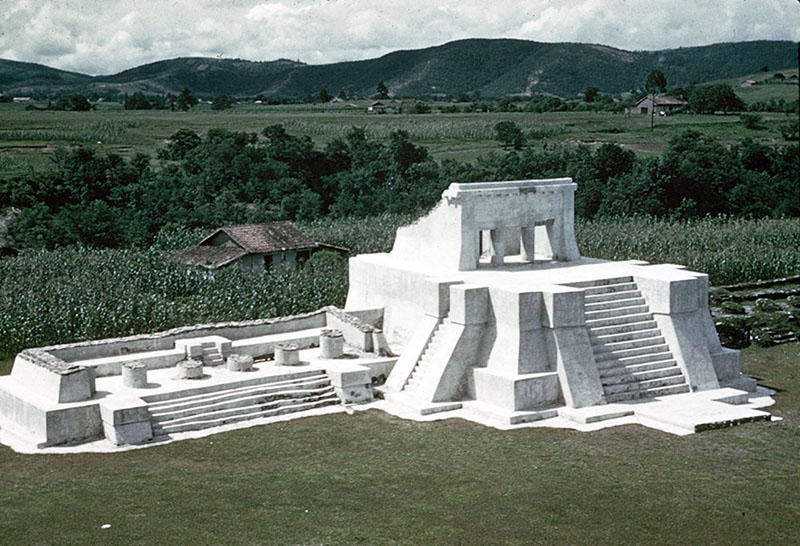 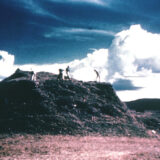 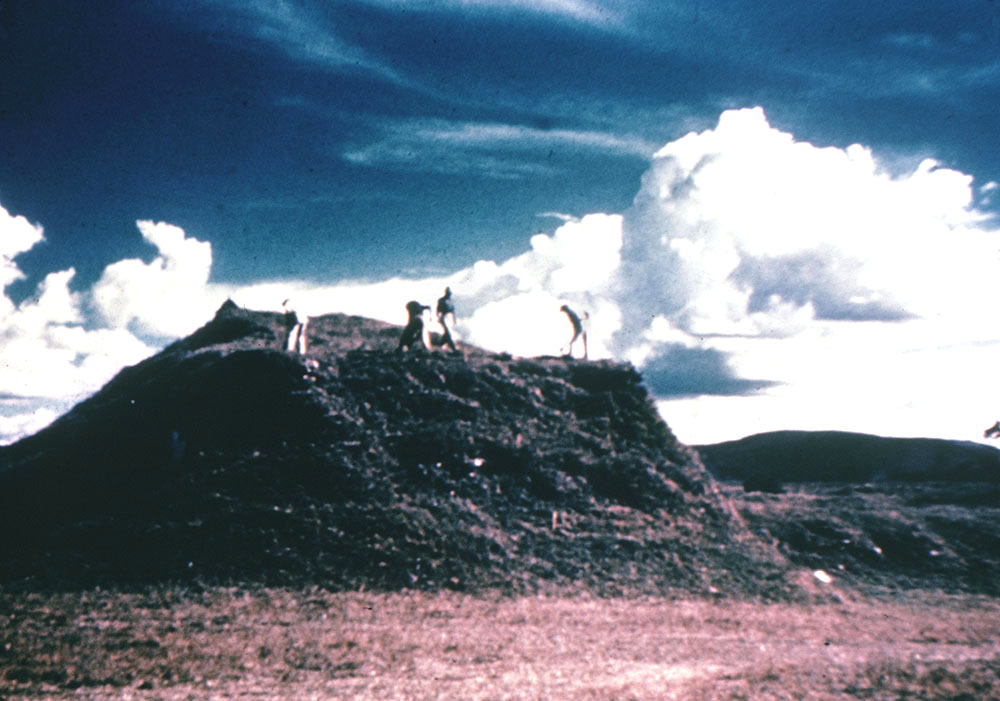 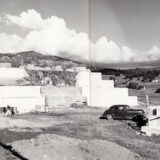 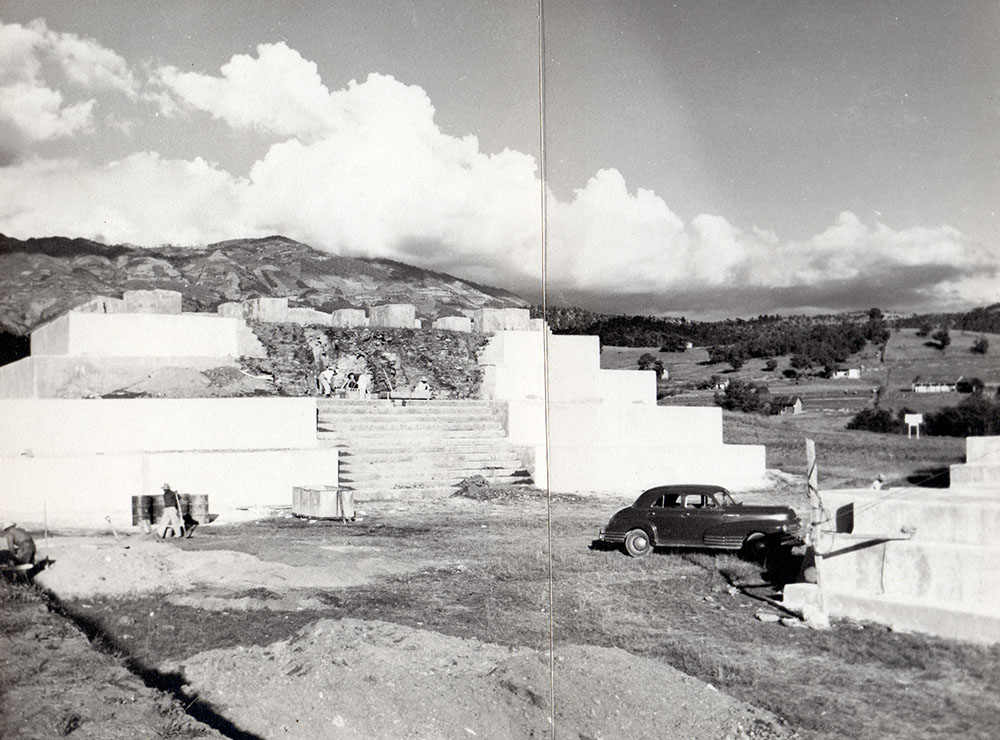 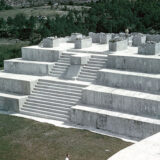 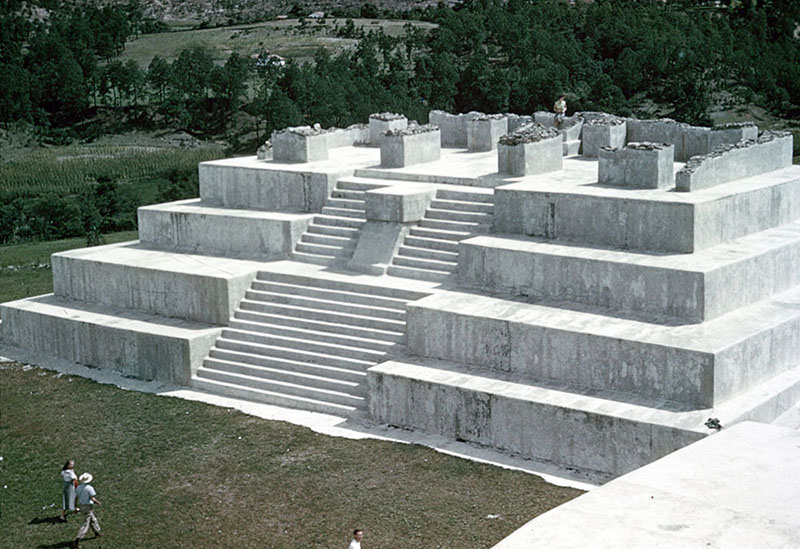 Not all of the buildings at Zaculeu were restored. Dimick’s team prioritized the buildings that they perceived to be most important, most of which were on Plaza I—the plaza in front of the main pyramid. Below are some of these buildings before and after their restoration.

Standing nearly 12 meters (39 feet) tall, Structure 1 is the tallest structure at the site. Like many of the buildings at Zaculeu, Structure 1 is actually the final version of the building, covering earlier construction phases that were built over the span of more than 600 years. The pyramid was constructed with intentionally uneven dimensions that emphasize the middle of the structure. The accuracy and quality of the restoration of Structure 1 has been called into question especially since the rebuilt temple atop the structure was designed almost entirely based on informed conjecture.

People Meet at the Top of Structure 1 After Restoration

Structure 4 was the best-preserved structure at Zaculeu and is made up of three smaller buildings. The center and left buildings have been restored, while the right wing was left unrestored so that visitors could see what the building looked like before the renovations. The center building has a semicircular temple at the top on its back side, which is notably similar to temples dedicated to the Aztec god Ehecatl, suggesting a cultural link between the Mam Maya and their neighbors to the north. 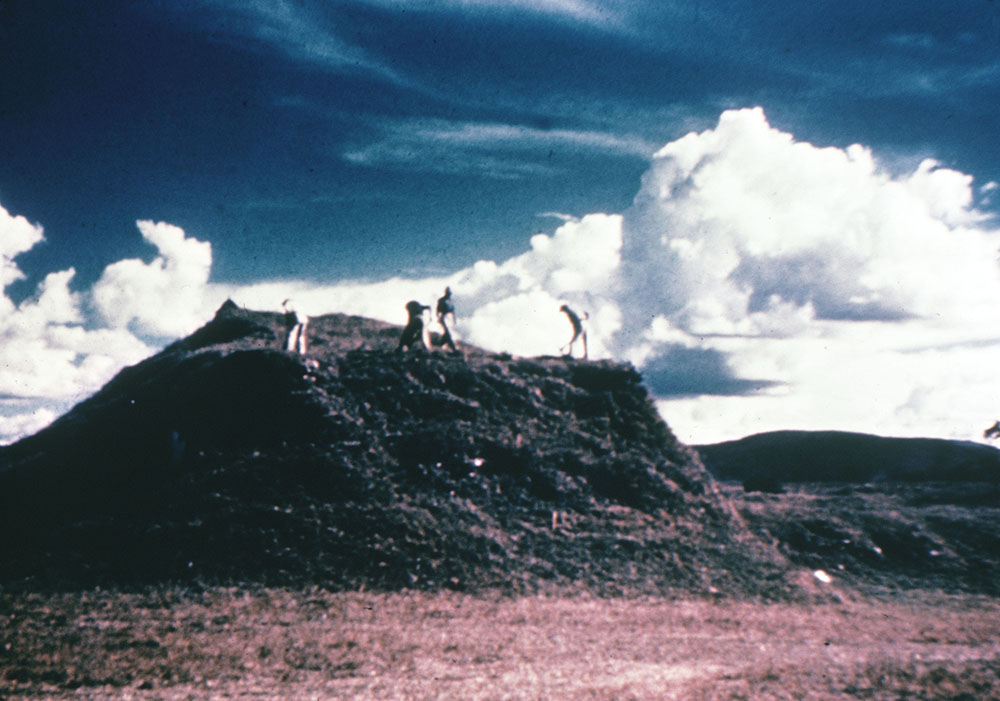 Located at the north end of Plaza 1, Structure 6 was likely a temple dedicated to funeral ceremonies. Its steps lead directly to Structure 11, an altar platform, which is thought to have had an offertory function. Furthermore, both Structure 6 and Structure 11 are surrounded by a large number of burials. At the top of Structure 6 is a temple that was not entirely restored because Dimick was unsure of its original appearance.

As one of the primary objectives of the project was to repair the buildings, with the end goal being to create an inviting site for tourists, much emphasis was placed on restoration. Sometimes the restoration efforts were overenthusiastic and not entirely accurate. As shown in the images above, several structures at Zaculeu were significantly rebuilt and completely covered with plaster, a restoration style that was not common any time before or since.