Mama Bush: One Of A Kind Two and Olympia’s Boyz

Back & Forth: Reframing the Parameters of Black Subjection Through Appropriation / Mama Bush: One Of A Kind Two and Olympia’s Boyz / 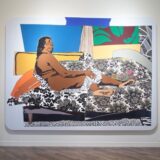 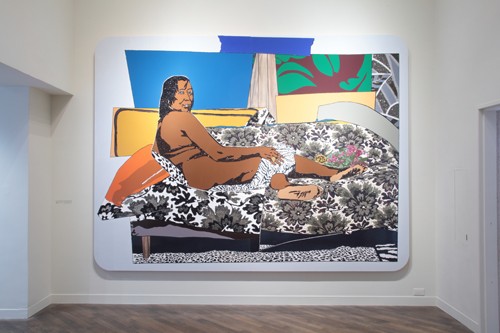 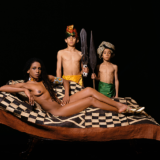 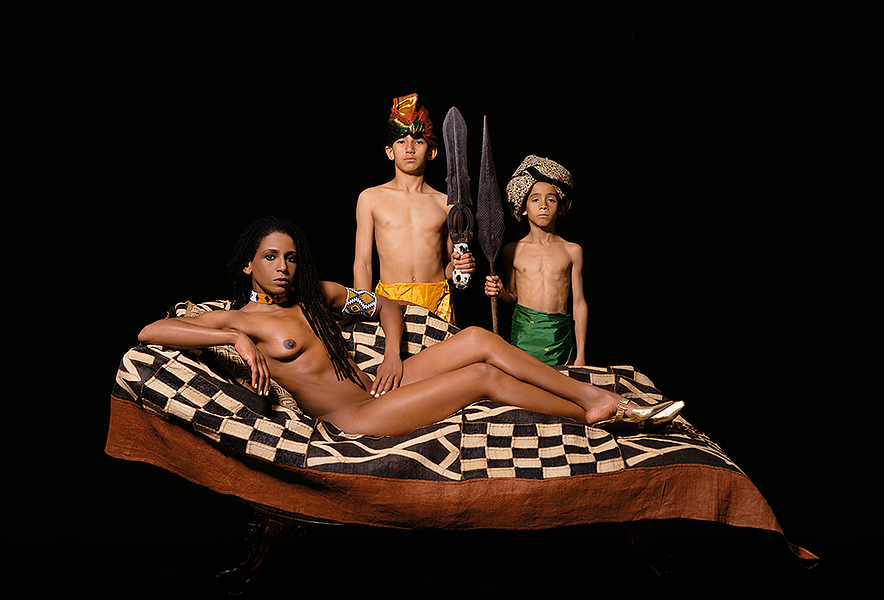 “She is jezebel and Mammy, Prostitute and female eunuch, the two in one” Lorraine O’Grady directly states in reference to the legacy of Black feminine figure’s subjugation within the art canon of the West. This quote ties together the work of the aforementioned Carrie Mae Weems along with the work of Mickalene Thomas and Renee Cox, as they work against various tropes that have historically been used to plague the sexuality and sexual expression of the black feminine figure.

Thomas’s piece, a painting made from oil on canvas adorned with rhinestones, features her mother in a nude pose similar to that of the Jean Auguste Dominique Ingres’ Grande Odalisque, the term odalisque refers to a woman who was normally a slave or concubine in a harem. Where a white woman once sat, now sits Thomas’ mother, a dark-skinned older woman and the traditional style of painting is disrupted through the use of rhinestones and other aesthetic choices that immediately render this work as a piece of work made for and by a Black woman. This act of replacing the white sitter with that of a black feminine figure acts in reclaiming the black feminine body and their sexuality and beauty. Thomas, by centering on this particular figure is actively stating that Blackness in all of its aspects is beautiful and removes whiteness as the standard for which beauty is understood.

Like Thomas, Renee Cox reframes an iconic work of art, this time directly confronting Manet and his work Olympia (1863). Cox re-envisions Olympia by posing her own body in a similar fashion to that of the central figure, this symbolic re-envisioning helps Cox to dispel notions associated with the Black body and allows for a self-visualization that, until recently, was unavailable to black women. Where Olympias maid once stood, now stands Cox’s two young boys who are adorned in a myriad of “ethnic” clothing meant to disrupt and confuse what we think of when we are met with ethnically ambiguous bodies. Here, Cox acts as both Olympia and her maid exhibiting the nuance of the Black feminine figure, a literal slap in the face of racial tropes that designated black femme bodies as either-or. This act is a symbolic push against the heavily influential history of ethnographic imagery that would juxtapose Black women alongside women of lighter complexions as an allusion to the “innate” sexual nature of the Black female. As noted in Slaves of the Slaves of Lust co–written by artist and scholar Deborah Willis and independent curator Carla Williams “…one of the central functions of the black servant in the visual arts of the eighteenth and nineteenth centuries was as a marker of the sexualization of the society in which he or she was found”

Both Thomas and Coz are interested in the hyper-visible and indiscernible nature in which the Black femme body has been relegated within the history of art. They, like Weems before them, immediately recognizes the need to release the Black woman from the constraints of western society which has prevented them from expressing their sexuality without consequence.