Back & Forth: Reframing the Parameters of Black Subjection Through Appropriation / You Became Mammie, Mama, Mother & Then, Yes, Confidant – Ha. 1993 / 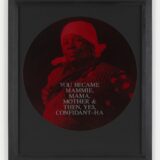 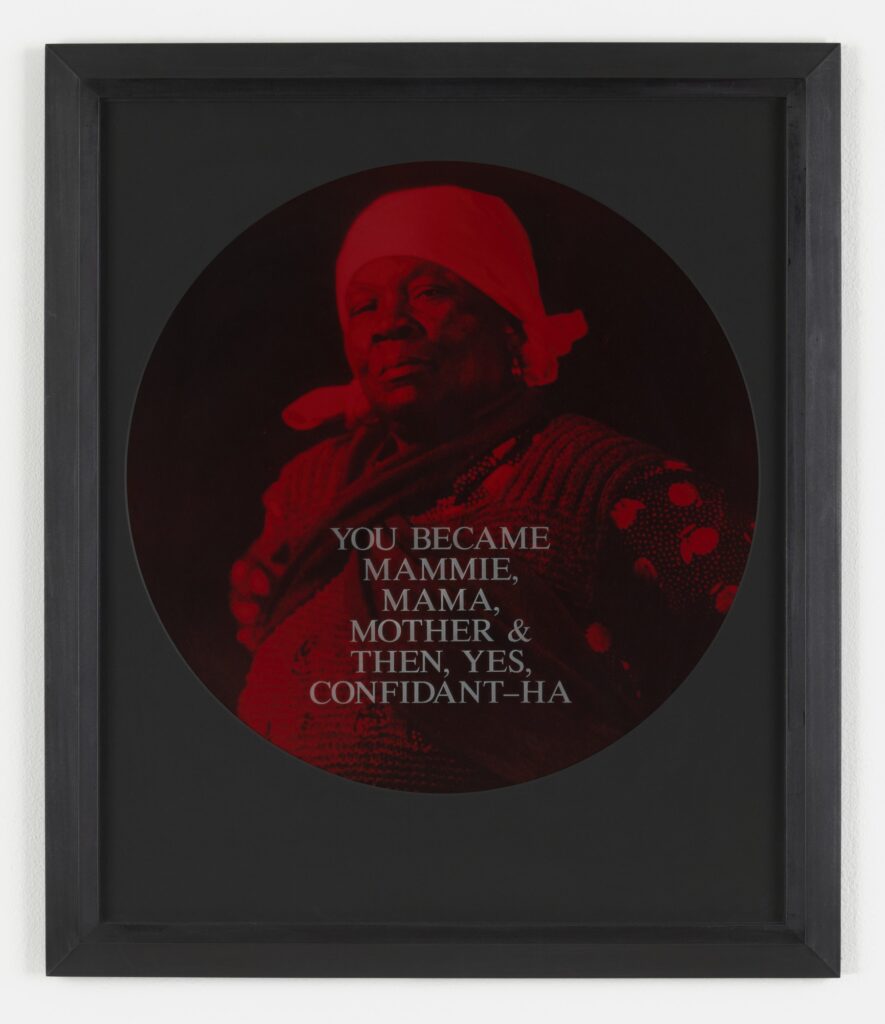 Carrie Mae Weems, in her 1994 body of work From Here I Saw What Happened and I Cried, works directly with the found archival images of formerly enslaved people. This particular image, one of many daguerreotypes commissioned in 1850 by Louis Agassiz whose intent for the commissions was to confirm the inferiority of enslaved Africans through the documentation of the “apparent” racial differences. Weems incorporates color as well as text to reconceptualize the image and figure and alludes to narratives often lost to the ethnographic nature of the originals. In the essay Finding, Olympia’s Maid artist and scholar Lorraine O’Grady talks to the issues around Black female subjugation in art. She claims that “The black female’s body needs less to be rescued from the masculine “gaze” than to be sprung from a historic script surrounding her with signification while at the same time, and not paradoxically, it erases her completely” Weems in this particular piece does just that by removing the stigma placed on this feminine figure and handling the found objects with care otherwise not permitted to it.

Like that of Titus Kaphur, Weems title, You Became Mammie, Mama, Mother & Then, Yes, Confidant – Ha. alludes to time and the transgressive nature in which time and the archive have negatively affected the Black body. Through her use of titling, Weems refers to the many titles that would eventually attach themselves to this particular femme black body. The Mammy figure often visualized as a figure void of sexuality, and is often a figure synonymous with subjugation is often rendered in a manner that denotes their absence of desire has historically been used to dehumanize Black women. Famous examples of the mammy figure in popular culture include Hattie McDaniel in her penultimate role as Mammy in the 1939 film Gone with the Wind, and Laure, the Black model who worked closely with Edouard Manet and served as the model for his formative piece Olympia (1863).