Conflict and Cooperation in Jerusalem / Coexistence Programs and Conflict Narratives / 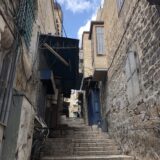 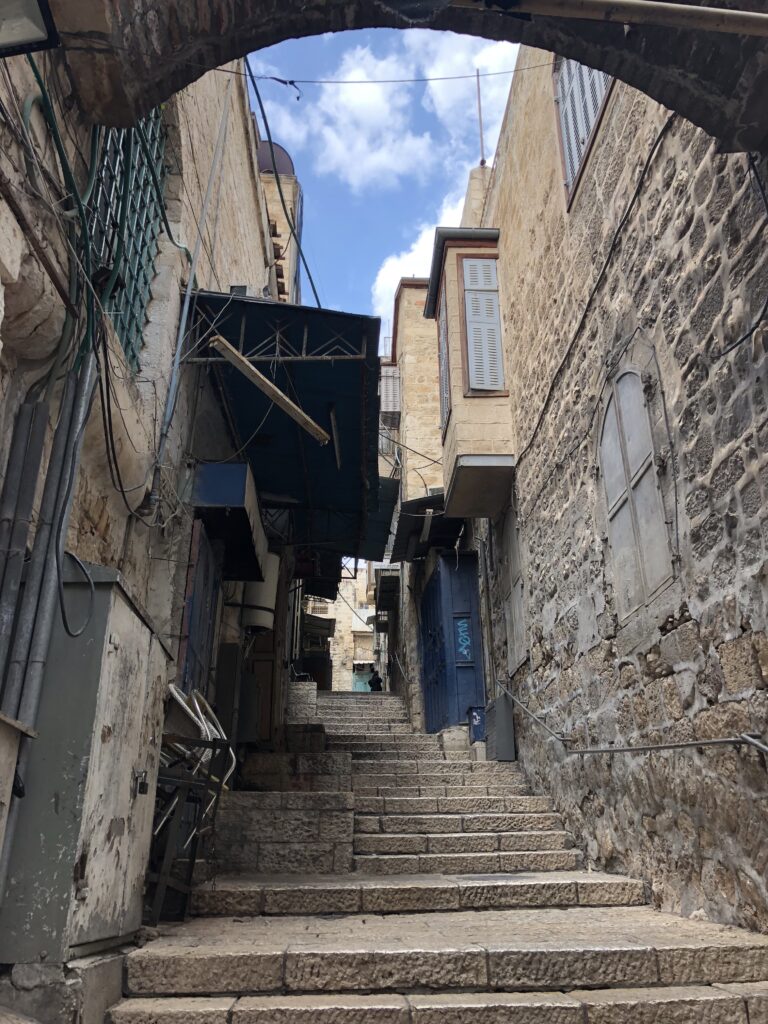 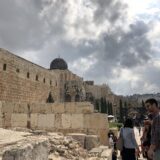 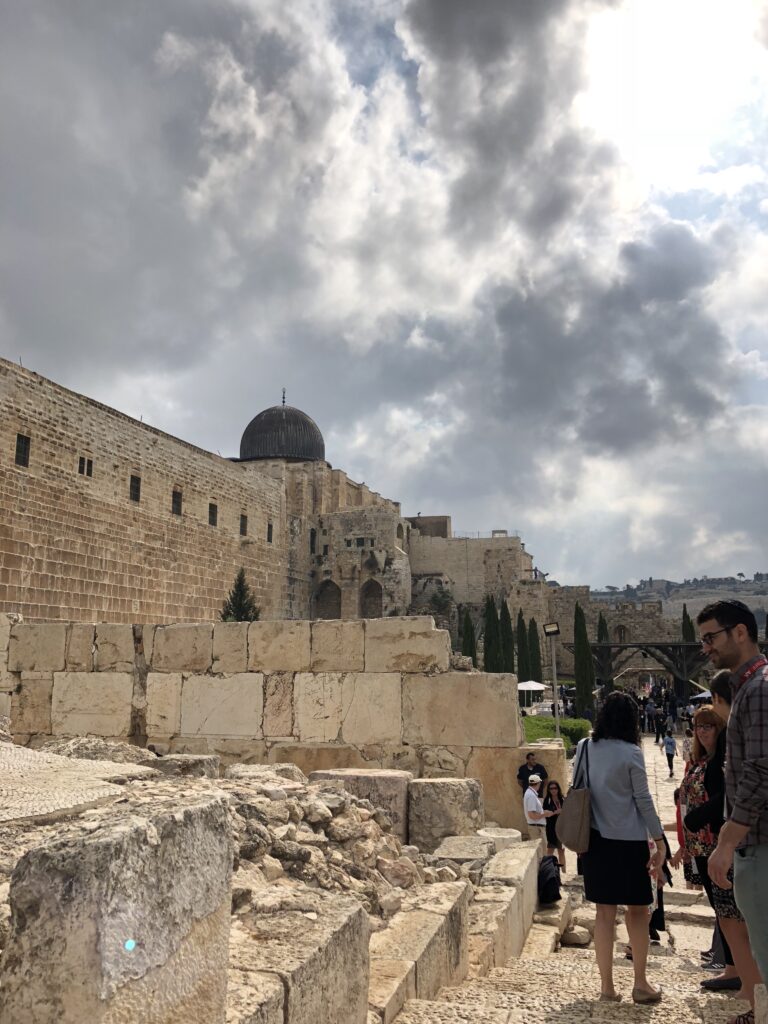 Effects of Coexistence Programs on Conflict Resolution in Arab-Israeli Conflict

What are Coexistence Programs?

Coexistence programs are a grassroots approach to conflict resolution. Currently, about 300 coexistence programs exist (Stephan 2004). Coexistence programs function under the assumption of the contact hypothesis. The contact hypothesis states that intergroup contact between groups involved in intractable conflict might help to alleviate the conflict between these groups. However, this will only be the case if the contact is under the conditions of status equality, sustained interaction, and the allowing for potential formation of friendships (Beckerman and Horenczyk 2004).  Most coexistence programs are geared toward specific niches in order to capitalize on the similarities between the two groups. For example, Combatants for Peace is an organization that includes former IDF soldiers and former Palestinian freedom fighters. This group’s mission is to bring together former violent combatants of the conflict to contribute to the peace process by advocating for non-violent peace resolution. Praying Together in Jerusalem is a group that brings together devout Jews, Christians, and Muslims to engage in prayer and dialogue. Both of these programs specifically include only participants that fit into those categories in order to ensure that they can find common ground.

Another large sect of coexistence programs are ones that specifically cater towards Palestinian and Israeli children. Bilingual schools and after school programs like Kids for Peace, aim to intervene in the adherence of these children to the national narratives in order to develop a new generation of peacemakers. The aim of most of these programs is to find common ground between Israeli and Palestinians in order to engage in productive dialogue. They hope to assimilate the histories of both groups into one that allows for the legitimization of both narratives (Salomon 2004). By legitimizing both narratives, these programs hope to create a society in Israeli and Palestinian territories in which both groups acknowledge the right to exist of the other as well as acknowledge the role both parties have played in the conflict.

Currently, about 150,000 Israelis and Palestinians are involved in some form of coexistence program (Stephan 2004). In a society that is largely segregated by language, physical barriers, and education systems, coexistence programs are the primary mechanism for intergroup interaction (Stephan 2004). Studies done by scholars as well as the coexistence groups themselves have found this intergroup interaction to have many important benefits. These programs provide a safe space for participants to address important psychological biases toward the other such as ethnocentrism and the categorization of the outgroup on only one dimension (Stephan 2004). When asked how his program measures success, Tuly Flint, a member of Combatants for Peace gave the example of the joint Memorial Day for the Holocaust and the Nakba that was started by his organization. Flint used this example as a clear marker for their success because it has become the second largest Memorial Day in Israel and is attended by people all over the world. Furthermore, when asked the same question, Shaul Judelman, the co-director of Roots, a coexistence program that brings together West Bank settlers and Palestinian residents, used the example of the relationships that are established. Participants of Roots work together in order to make life in the West Bank more comfortable for both Palestinian residents and Israeli settlers by advocating on behalf of one another and through gaining an understanding of why each hold a claim to the land. These interpersonal relationships are certainly less quantifiable, but also incredibly important at addressing these biases. Praying Together in Jerusalem also has had success in creating these relationships by bringing together very religious people in Jerusalem, one of the most contested areas of the conflict. The founders of this program say that the location in Jerusalem has been more helpful than an impediment in their program because the holiness of the site is something over which the religious participants can all bond.

Studies of the effects of youth coexistence programs have also shown positive results. These programs are found to halt the internalization of a polarized ingroup identity in favor of the adoption of a new narrative characterized by an awareness and understanding of the outgroup (Hammack 2009). The results of this study were affirmed through conversations with youth-focused coexistence programs. Kids for Peace stated that they aim to create a space in which children can be friends before they discuss politics. Through doing so, they have had immense success in creating an environment in which children can gain a meaningful understanding of one another’s cultures. Allowing a space in which children can befriend members of the outgroup successfully facilitates the desired and necessary narrative intervention.

While coexistence programs have well-documented successes in accomplishing their missions of overcoming conflicting narratives, it is less clear whether these successes have long-lasting effects. Furthermore, there are many issues of intergroup conflicts that these programs fail to properly address. The main social-psychological basis of these programs is the contact hypothesis. However, many coexistence programs fail to properly reach all of the criteria of this hypothesis. A main tenet of the contact hypothesis is that participants must have equal power for the intergroup contact to result in positive change. While on the individual level those who participate in coexistence programs seem to have a balance in power, this ignores the structural and societal power imbalance that is a key factor in the conflict (Abu-Nimer 2004). The industry of coexistence programs is more saturated with Jewish facilitators than it is with Arab facilitators (Abu-Nimer 2004). This contributes to that power imbalance and prevents Arab participants from being as comfortable participating.

Another important problem with coexistence programs is their inability to be generalizable. While important and positive change may be made at the individual level, it has a limited impact on the group and societal level (Ben-Ari 2004). This is a large impediment to achieving peace because in order to do so, the programs must result in a societal change in attitude toward the outgroup. Even in programs in which all criteria of the contact hypothesis are met, they may not be successful because it is hard to maintain those conditions over time (Ben-Ari 2004). The physical boundaries and language barrier are a large impediment to maintaining those conditions and could prevent the achievement of long-term success.

For the time being, based on both their strengths and weaknesses, coexistence programs are acting as facilitators of conflict management rather than conflict resolution. While their actions have yet to result in the resolution of the conflict, encouraging coexistence has made life feel easier and safer for many Israelis and Palestinians living in an intractable conflict. Conflict management is a key factor in peacebuilding because while it may not be resulting in peace in the short term, in the long term, it has the potential to enact societal change. For this to happen, some changes need to be made to coexistence programs so that they can have as positive an impact as possible on the conflict. During the intifada and the subsequent intensification of the conflict, coexistence programs, unlike diplomatic peace negotiations, did not stop (Stephan 2004). For this reason and for the many positive aspects of these programs listed above, they are a very important step on the path toward resolving the conflict.