Conflict and Cooperation in Jerusalem / Environmental Peacemaking in Israel/Palestine / 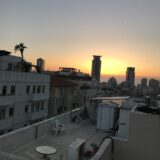 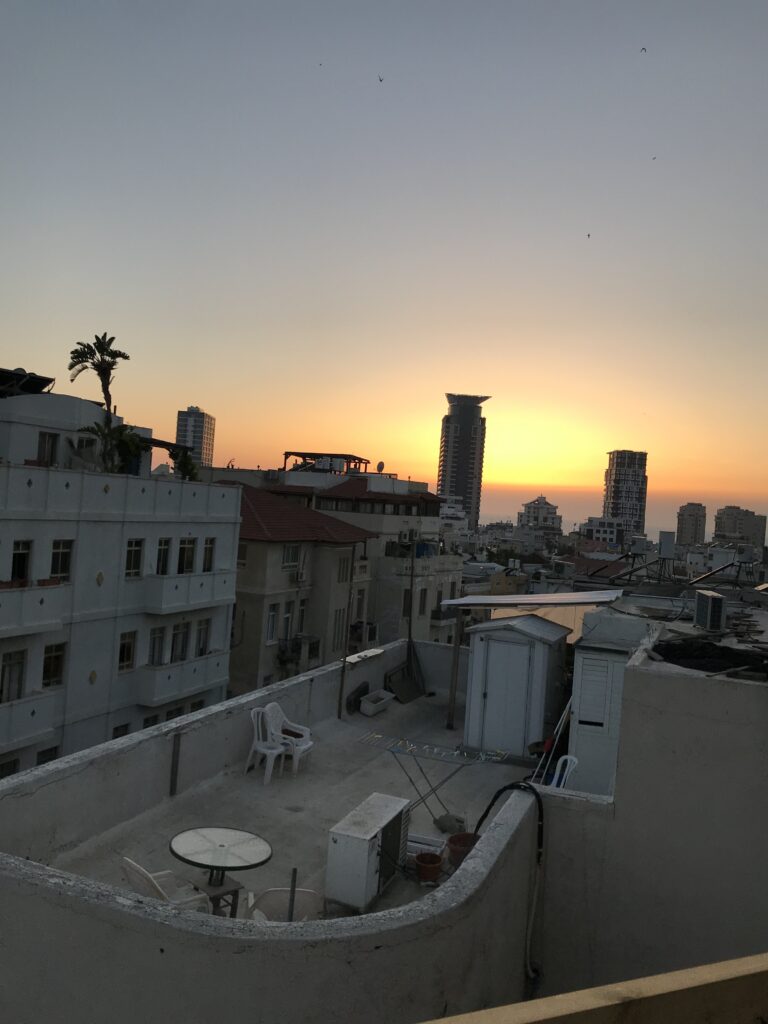 Is there an opportunity to use the climate crisis and other environmental concerns as a catalyst towards peace and cooperation in the region?

The global coronavirus pandemic has shaken the entire world, and some see this global crisis as a new opportunity for Israelis and Palestinians to work together. Mohammed Dajani, a fellow at the Washington Institute, believes that a global pandemic is the perfect storm to yield forced cooperation between the two-sides in a stalemate. The post-coronavirus future of the region can be shaped positively with the current forced humanitarian cooperation between the sides, and the old trends of violence can be subdued (Dajani, 2020). While Dajani’s framework may be oversimplifying a complex historical narrative, the idea that forced cooperation out of a crisis can strengthen peace is intriguing. While coronavirus is a huge threat, it is not a long term threat to human civilization and and society. Both Israelis and Palestinians will still exist in the post-coronavirus world.

A larger threat to humankind looms in the background: climate change. While we are beginning to experience devastating effects of climate change, the impact will only be exacerbated and grow more extreme in the years coming. The middle east, specifically Israel and Palestine, will not be spared. We are already seeing effects such as hotter weather and increased flooding, and these problems as well as ensuing environmental concerns will only continue to worsen. The environmental conflict sees no green line, and the region will largely be affected by the same problems, with vastly different resources to respond and adapt.

My research examines through current climate action plans and innovate projects in the region the current state of climate resilience in Israel and Palestine, and discusses how development of climate change plans and policies may impact the peace process and create potential for cooperation. While this potential does exist, the discrepancy in resources to respond to the crisis creates a dangerous potential to further divide Israelis and Palestinians and unless new thinking is introduced, the opportunity to use climate change as a catalyst for peace may be missed.

In the summer of 2019, I had the opportunity to intern in Tel Aviv-Yafo in the Department for the Environment and Sustainability. Throughout the summer, I learned how the two largest challenges Tel Aviv faces as a city are urban heating and flooding. Because Tel Aviv is so urban, temperatures are already much higher in the city due to urban heating. As the temperature rises from climate change, this effect will only be exacerbated. Additionally, while rainfall is becoming more infrequent, rainfall that does occur is becoming much heavier. With little drainage or storage in the city, these infrequent but intense downpours create a high potential for flooding. During the Mandel-Palagye Program I had the opportunity to talk with Guy Deknuydt, my former boss, about both the progress in development of Tel Aviv’s Climate Adaptation Plan, and his thoughts on using the issue of climate change as a unifying factor towards peace.

Deknuydt (2020) began the discussion by showing me the nearly completed draft of Tel Aviv’s climate action plan. The plan goes into detail of all the major climate issues facing Tel Aviv, and issues policy solutions, mostly from the local government level. Upon my suggestion that Arab communities may be more vulnerable to effects of climate change, Deknuydt (2020) explained how the local climate change adaptation plan for a place like Tel-Aviv does not really take that into account. According to Deknuydt, the Israeli-Palestinian conflict is mostly a non-issue in Tel Aviv. The municipality is committed to be inclusive to all of its citizens, including its Arab citizens.

Outside of Tel-Aviv’s plan, I was also able to discuss with Deknuydt the prospects for using climate change as a bridge to create cooperation and partnership between the Israeli government and Palestinian Authority. Using cooperation during the coronavirus as an example, Deknuydt explained how the two sides know how to work together against a common threat, but the better question is what the level of willingness will be on either side towards cooperation on climate change (Deknuydt, 2020). In times of need, the governments know how to work together, but the extent of that partnership being anything but temporary is a huge question mark. Another important consideration Deknuydt (2020) pointed out was that the discrepancy in quality of life between Israel and the West Bank will force Israel in some way to cooperate or help the West Bank. Israel, as a technology powerhouse with abundant resources, will be forced to act and help the Palestinian Authority on major issues. The unevenness in living situations between the two areas means that Israel cannot and will not let the situation deteriorate. Israel, whether due to the close proximity of the land or international pressure, will help in a meaningful way. This is a much more optimistic analysis than those from other scholars.

Wishahi and Nasser (2013) outline a detailed introductory proposal that highlights environmental issues that will arise in Palestine due to climate change and attempts to forge a resilient path for the occupied territories. Wishahi and Nasser conclude that two of the main issues to navigate in the territories will be floods and droughts. The high vulnerability of the region downstream of the Marj Sanour Watershed in the West Bank creates an environment highly sensitive to floods, while drought will occur due to warmer temperature, decreased rainfall, and increased extraction of groundwater (Wishahi & Nasser, 2013). After outlining these areas of high vulnerability, along with a few others, Wishahi and Nasser provide a large list of strategies, technologies, and projects that could help the region adapt to climate change and become more resilient. Some examples of strategies in the region include establishing water harvesting techniques, introducing new crop patterns, and educating and building local institutions to be able to assist in further development. Some of the technological developments and projects proposed include reclamation and rehabilitation of land, groundwater recharge projects, and encouraging home gardens (Wishahi & Nasser, 2013). These strategies are great starting points for Palestinians to work with the resources they have to try to become a more resilient people to the climate. Interestingly, Wishahi and Nasser seldom mention Israel and the occupation, only briefly mentioning that the “lack of funding and the Israeli occupation pose obstacles to developing the region” (Wishahi & Nasser, 2013). While most of the policies proposed by Wishahi and Nasser are fairly moderate, they represent important building blocks for Palestinians to work with. Continued planning could pave the way for cooperation with Israel down the line on larger-scale climate change projects.

Yuval Berson, a program manager at EcoPeace Middle East came to speak with the program during the summer. Berson (2020) introduced one of the most innovative ideas that exists to date: The Water Energy Nexus. Jordan has an abundance of sun and land that is ripe to be filled with solar farms. However, they lack the technology and skill to set up such a program. Meanwhile, Israel has the necessary technology and need for energy, but lacks land suitable for solar farming. The Water Energy Nexus plan suggests that Israel trade clean water in exchange for use of the Jordanian land for solar farms (Berson, 2020). Berson believes that this type of solution would make both sides much better off, and only cooperation like this can help the region adapt to climate change while simultaneously building cooperation between opposing sides. EcoPeace has released a detailed study of the plan that dives into all complications, but the main findings suggest that the plan is feasible and should be legitimately pursued (EcoPeace Middle East, 2017).

Dajani, M. (2020, April 24). Forging a Path to Peace in the Time of Coronavirus. The Washington Institute. https://www.washingtoninstitute.org/policy-analysis/view/Peace-Coronavirus-Israel-Palestinians-COVID-19