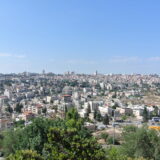 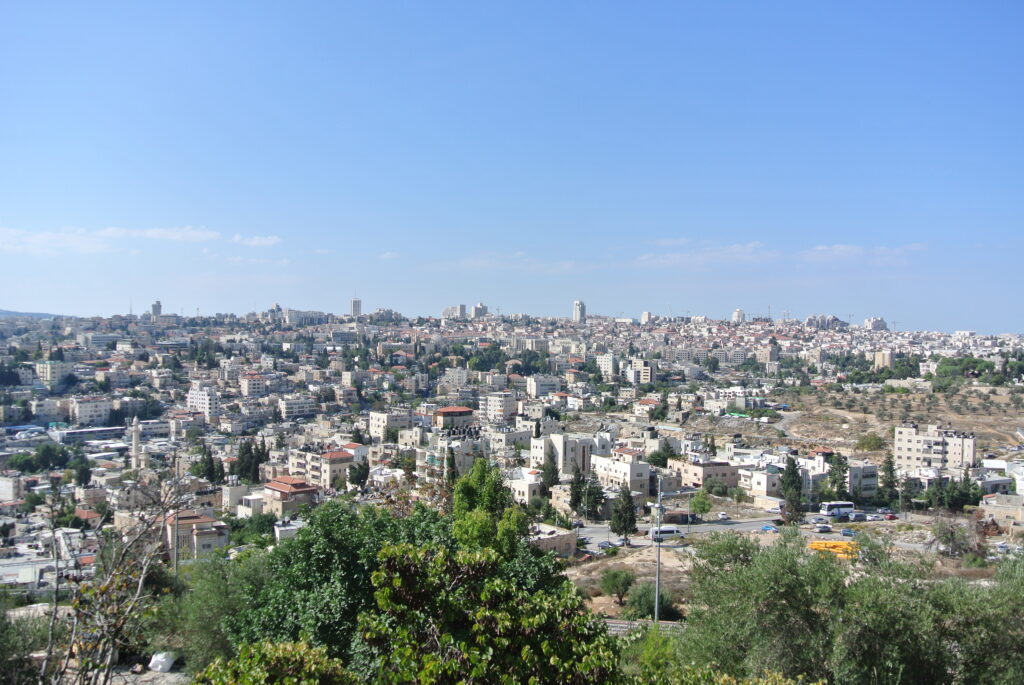 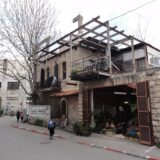 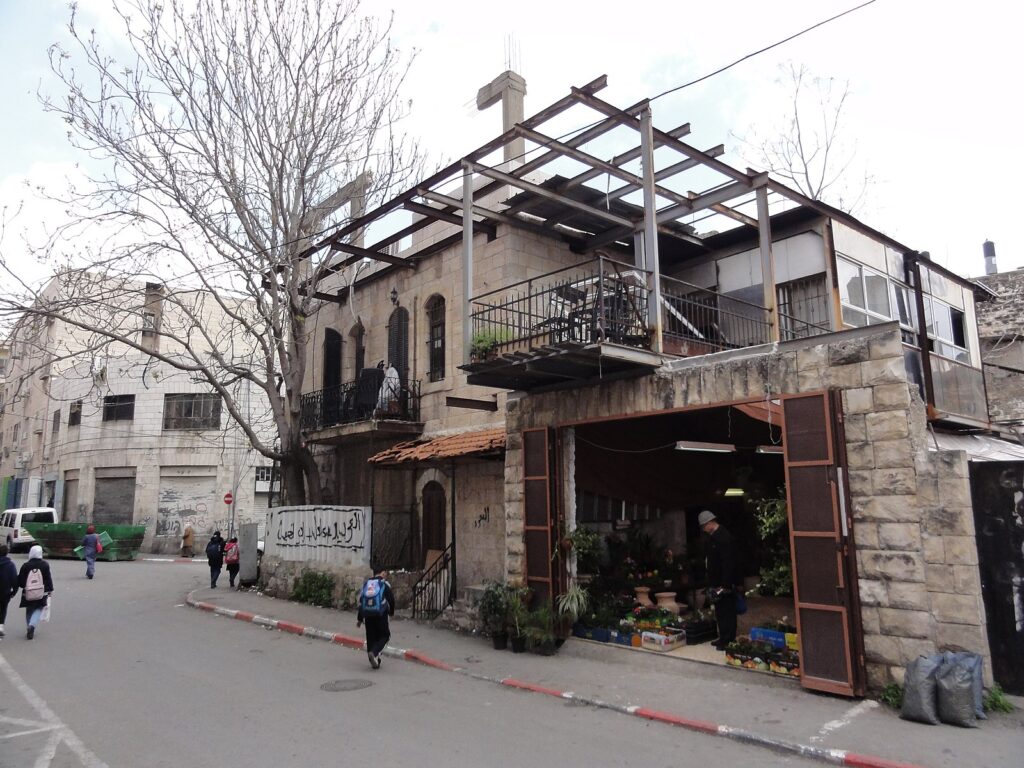 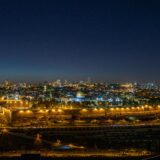 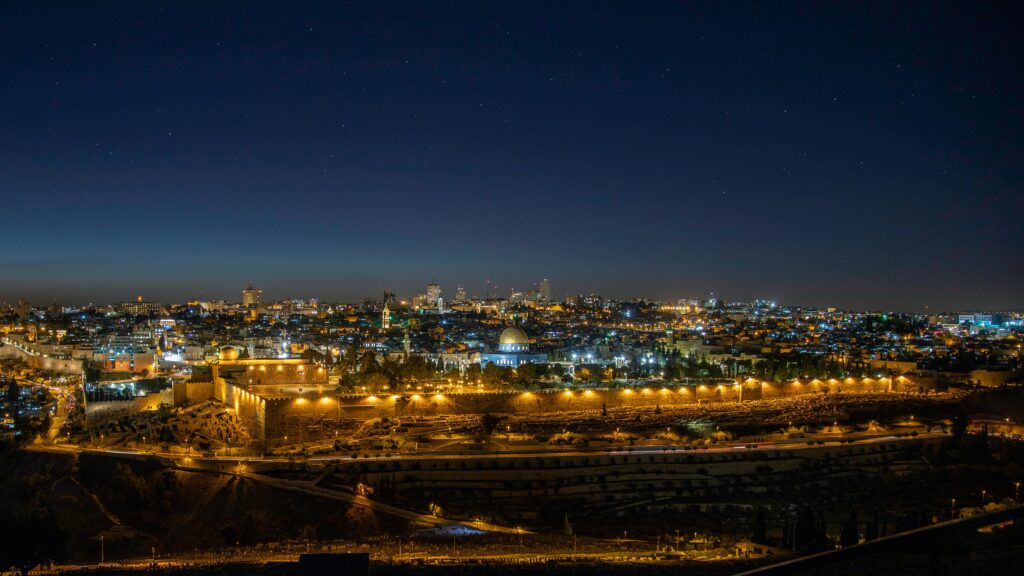 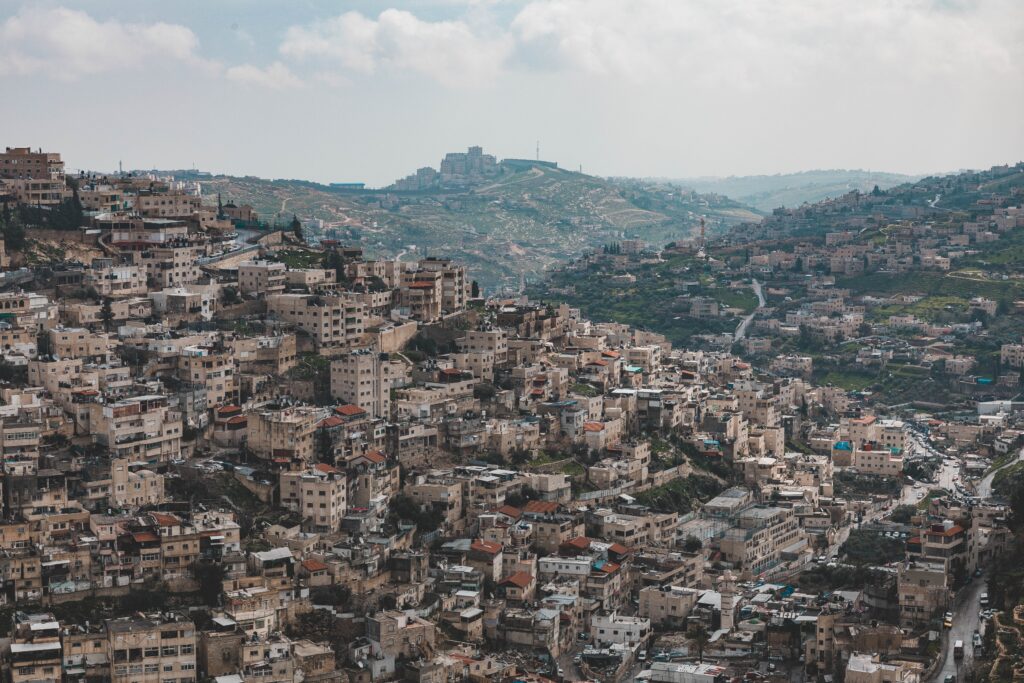 A Tech Hub in East Jerusalem

In June 2020, the mayor of Jerusalem, Moshe Lion, announced a plan to build a technology hub in the Wadi Joz neighborhood of East Jerusalem. According to the plan, 200,000 square meters will be devoted to high-tech businesses to create a technology hub, which will create 10,000 well-paying jobs.

The Need for Economic Development

East Jerusalem’s economy suffers from low labor force participation and high unemployment rates. Both the international community and the Palestinian investors hesitate to invest in the area due to political unrest, instability in policies, and the lack of urban planning. Another factor that keeps investors away from Jerusalem is the high rent prices, which are hard to afford for small and medium-sized enterprises. Unlike West Jerusalem, East Jerusalem lacks workspaces that amplify networking effects for the tech industry. The lack of employment opportunities driven by the absence of investment contributes to the poverty of East Jerusalemites. Moreover, there is a need for capacity-building programs to enable the local community to benefit from a local tech-scene. East Jerusalem needs economic development, yet the local population is not in a position to afford further societal damages.

The initiative bears great potential as it can contribute to private enterprise development in the area. It focuses on the technology sector, where various groups within the local population have complementary economic interests. The municipality is preparing to implement tax benefits and other legal incentives to the businesses which will be located in the area. Tax incentives aim to attract investors, yet they are likely to benefit international corporations and large Israeli firms rather than the locals. Additionally, there is a lack of capacity for high-tech employment among the Palestinian population. The benefits for the local population may fall short if the initiative is not supported by complementary policies that will facilitate the provision of financial resources, management and consulting services, and capacity building programs.

The initiative can create inter-group networks to make significant contributions to East Jerusalem’s economic development. Supporting the establishment of partnerships between small and medium-sized enterprises and academia through technical capacity building programs can unleash the economic potential that is now lost due to the disconnect. Furthermore, there needs to be an emphasis on helping the local population to start their own businesses.

An East Jerusalemite who works in the high-tech industry, states “it’s not only looking for job opportunities.” She believes entrepreneurship can be a solution: “Open your own opportunity and open employment opportunities for others.” An open incubator model can support local businesses development by (i) providing management and consulting services to build capacity, (ii) establishing partnerships between industry and academia to enhance Research and Development, (iii) supporting businesses in finding financial resources, (iv) providing workspaces where people connect to each other and to investors. Moreover, open incubators can help to build specialized firms that can contribute to the establishment of trust between populations in conflict. When supported by tax incentives, these firms can create local and global synergies that can propel the local economy, making it more competitive in global markets.

The goal of a successful initiative should be the cultivation of common economic interests without political side-effects. However, it is not easy to distinguish between initiatives that work for economic development and the ones that follow a particular political agenda. Wadi Joz Plan does both. At the political level, the success of the plan is tied to three factors: the land on which the compound is going to be built, the political agenda behind the plan, and the public perception of the initiative.

There is significant controversy about urban planning in East Jerusalem. From 1967 until 2004, the Israeli government did not make a masterplan for East Jerusalem neighborhoods. During these years, Israeli settlements began to be built in the area, yet only a low percentage (around 12%) of the municipal budget was allocated for Arab neighborhoods of East Jerusalem, where the majority of the population—most of whom are Palestinians—of Jerusalem resided. When a masterplan was finally initiated in 2004, it failed on many fronts. The major failure was that there was a “huge gap between what is on the ground … and what needed to be done according to the regulations of the master plan.” As a result, 25 to 30 percent of the residential units in East Jerusalem now have demolishing orders, because they were built without land licenses. There is a concern that a similar mismatch between the plan and reality is going to occur in the Wadi Joz initiative, as many landowners did not go through the land registration process to obtain Israeli land licenses. In this case, through a legal procedure, the municipality will either confiscate the lands or accept the testimony of the witnesses and loose documentation of the ownership as a legitimate claim for the private ownership of the land.  The stakes are very high for the ownership of those lands since the local landlords will earn significant sums of money in the case of the realization of the plan. If the municipality goes on to the path of confiscating the unregistered areas, a significant backlash against the plan is anticipated.

Although the Wadi Joz plan is branded as an economic initiative, it has a clear political agenda behind it. According to an urban planner for Jerusalem Municipality, there are three possible paths Jerusalem masterplan can take. The first is the separation of the city, which is supported by the Israelis who prioritize demographic issues over land ownership. The second view is the exact opposite and supports the inclusion of Jerusalem and the surrounding territories—Greater Jerusalem—to be a part of the city. The third path is the creation of an international zone through a special agreement for Jerusalem. The Wadi Joz Tech Hub initiative is considered to be a step toward the second path, which is the unification of the city. The plan aims for the “Israelification” of the Arab neighborhoods. The plan’s purposes are aligned with the municipality’s efforts for Israelification of the city, which is explicitly stated in Government Resolution 3790, which “allocated 2.5 billion NIS over five years for education, economic development, and infrastructure in East Jerusalem.” The resolution was supported by the Israeli right-wing, and it explicitly aims to enhance the ‘Israelification’ of the Palestinian population in East Jerusalem, mainly through the financing of Israeli schools in the area. This agenda stands as a great political obstacle against the Palestinian support for the plan.

What do locals say?

The public perception of the initiative is going to play a significant role in determining the success of the plan. The Palestinian community in East Jerusalem is skeptical of any effort supported by the Jerusalem municipality. An East Jerusalemite tells, the participation rates of the Palestinian population to municipal efforts are so much lower compared to when a similar initiative is organized by an NGO.

The failure of the municipality to build trust within the local population is further demonstrated by the fact that initiatives similar to the one in Wadi Joz have failed due to public opposition. The goal of the municipality is to build 1,500,000 square meters of employment areas in five different sites: Issawia, A-Tur (two areas), Um-Tuba, Tzur Baher, The ‘American Road.’ In addition to these, Wadi Joz is the sixth initiative that will create employment areas. However, when looked at the current status of the other five plans, it is seen that one of them was terminated at an early stage; one had to be stopped because of public opposition; one was canceled due to professional reasons, and the other two are stuck due to political unrest.

A Palestinian architect and urban planner who works on the project says, “It’s very painful to feel like you might be actually doing bad things for your own people […]. It’s going to be harmful to people. It might be. I’m giving a lot of percentage for that.” East Jerusalem primarily needs affordable housing rather than employment centers. Building employment areas in poor neighborhoods is likely to result in gentrification. On the other hand, some Palestinian landlords support the Wadi Joz Plan, fracturing the opposition of the Palestinian community, because they will obtain significant financial benefits from the project.

The Wadi Joz plan stands at the intersection of many channels through which Israeli and Palestinian communities can lay out the foundation for sustainable development and strengthen the local capacities in East Jerusalem. For the initiative to succeed, it has to empower local businesses, which can serve as a baseline for the economic development of the Palestinian community in East Jerusalem. However, the current plan leverages the economic struggles and the issue of land licenses to achieve Israelification of East Jerusalem, leading Palestinians into a quagmire: Palestinians would benefit from economic development, but they will not give up their national identity and values in return. A plan that provides improvements in living conditions in exchange for the Palestinian identity cannot cultivate peace and instead impedes hope. “Missing hope is the most dangerous issue for the young generation of Palestinians,” according to a Palestinian who lives in Jerusalem, yet “we [Palestinians] are losing hope.”