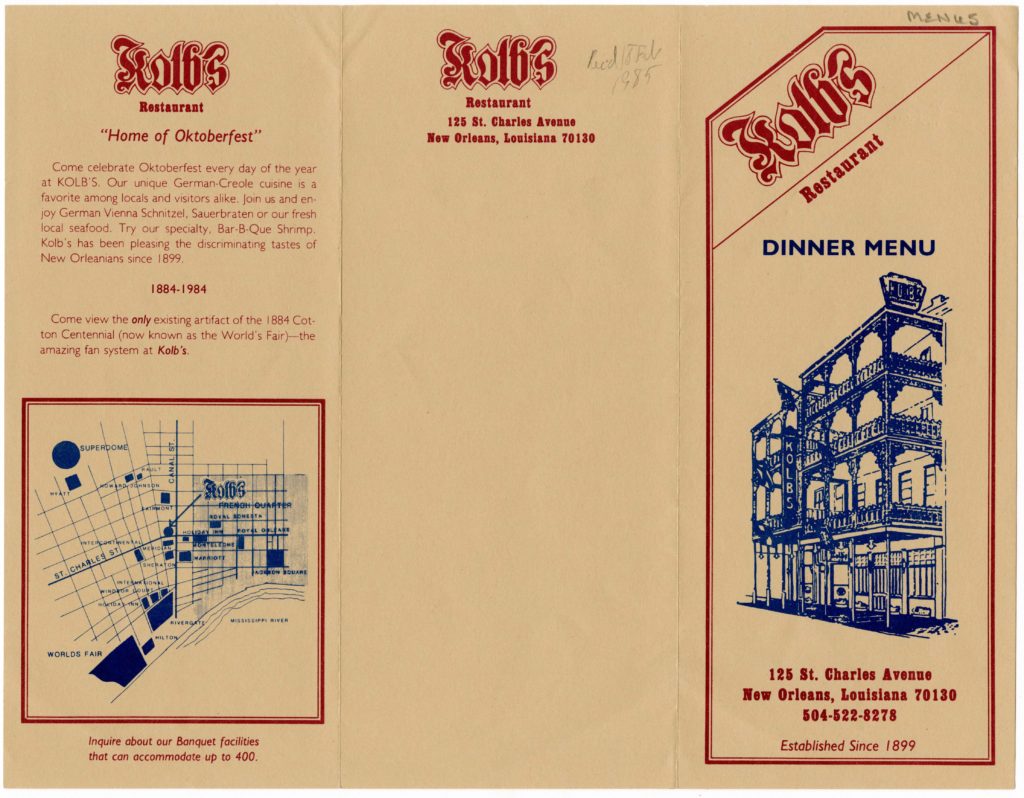 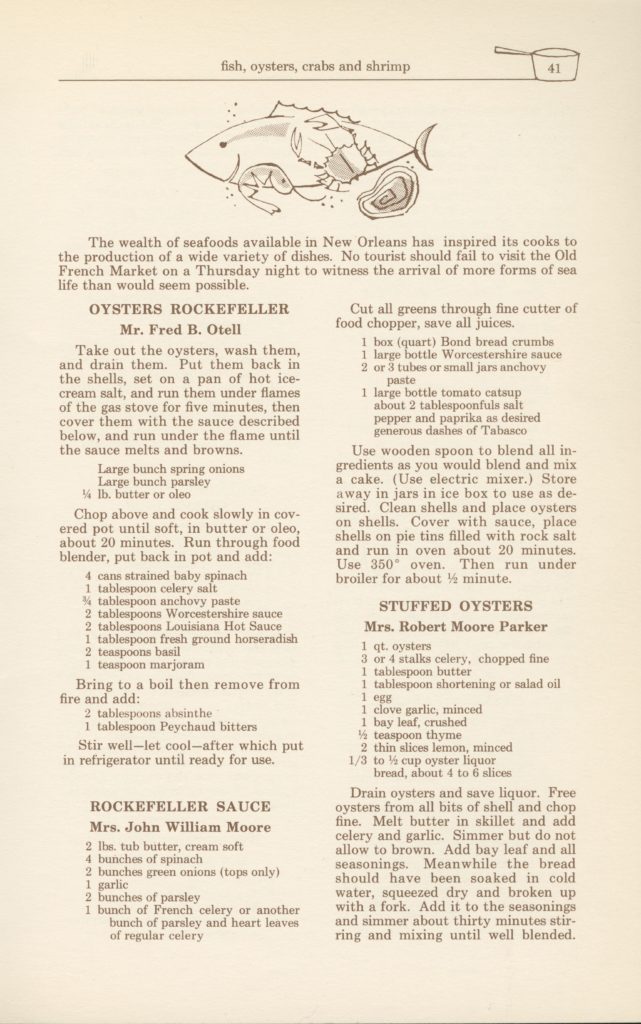 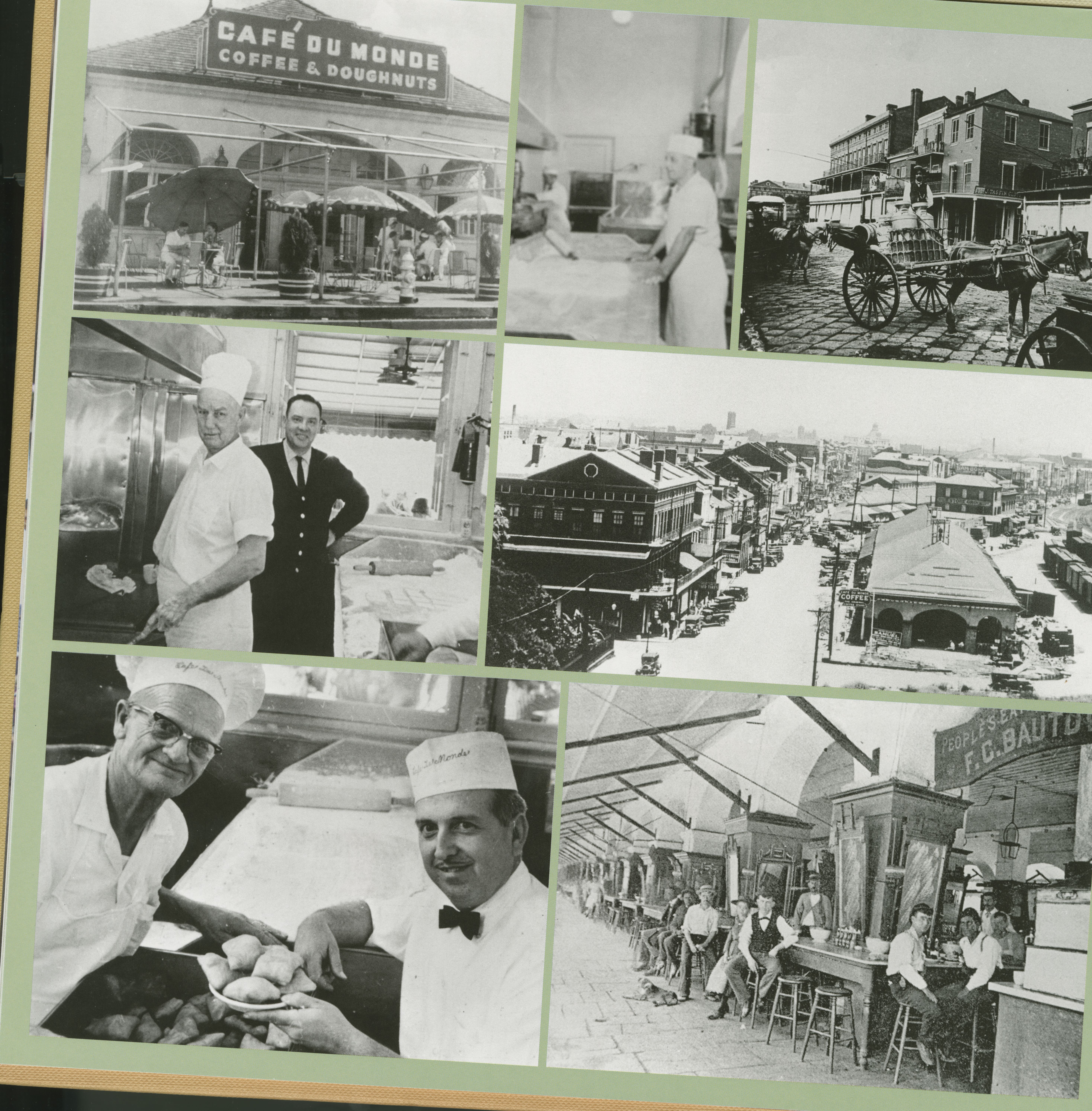 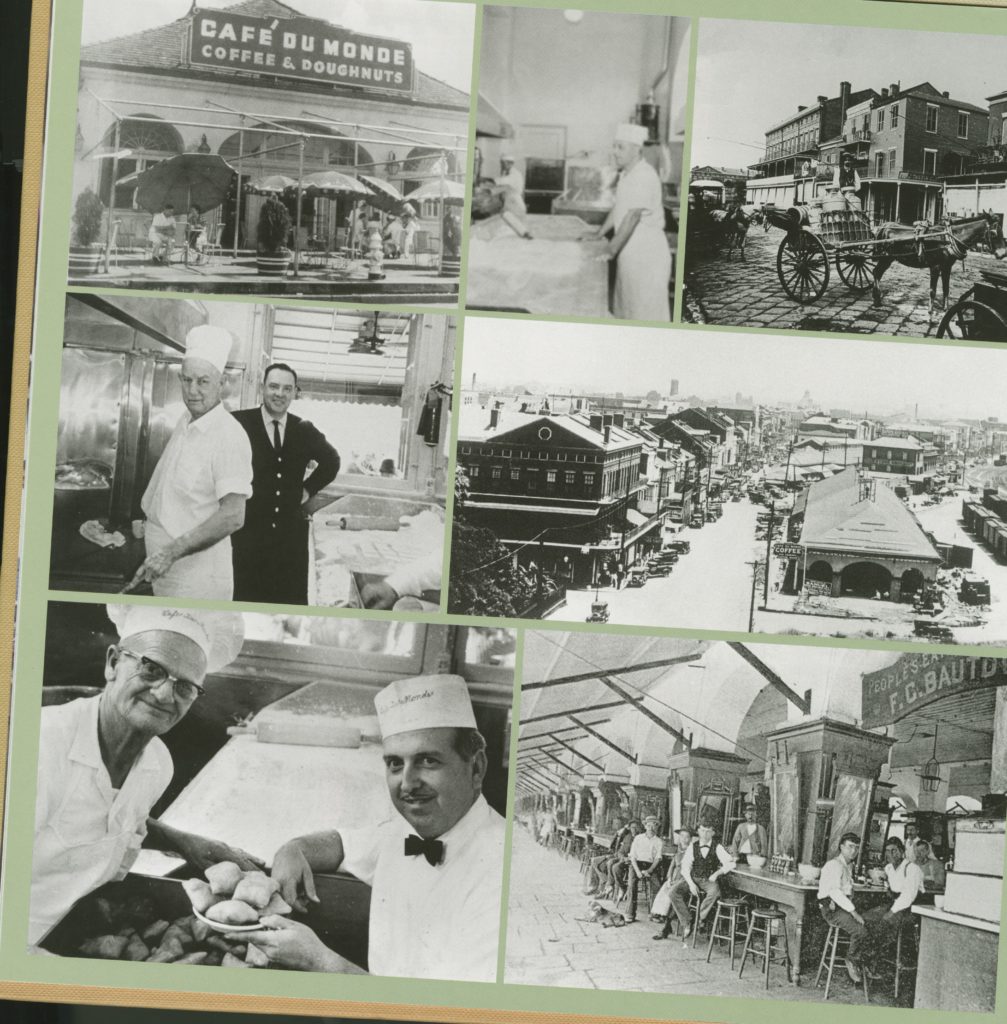 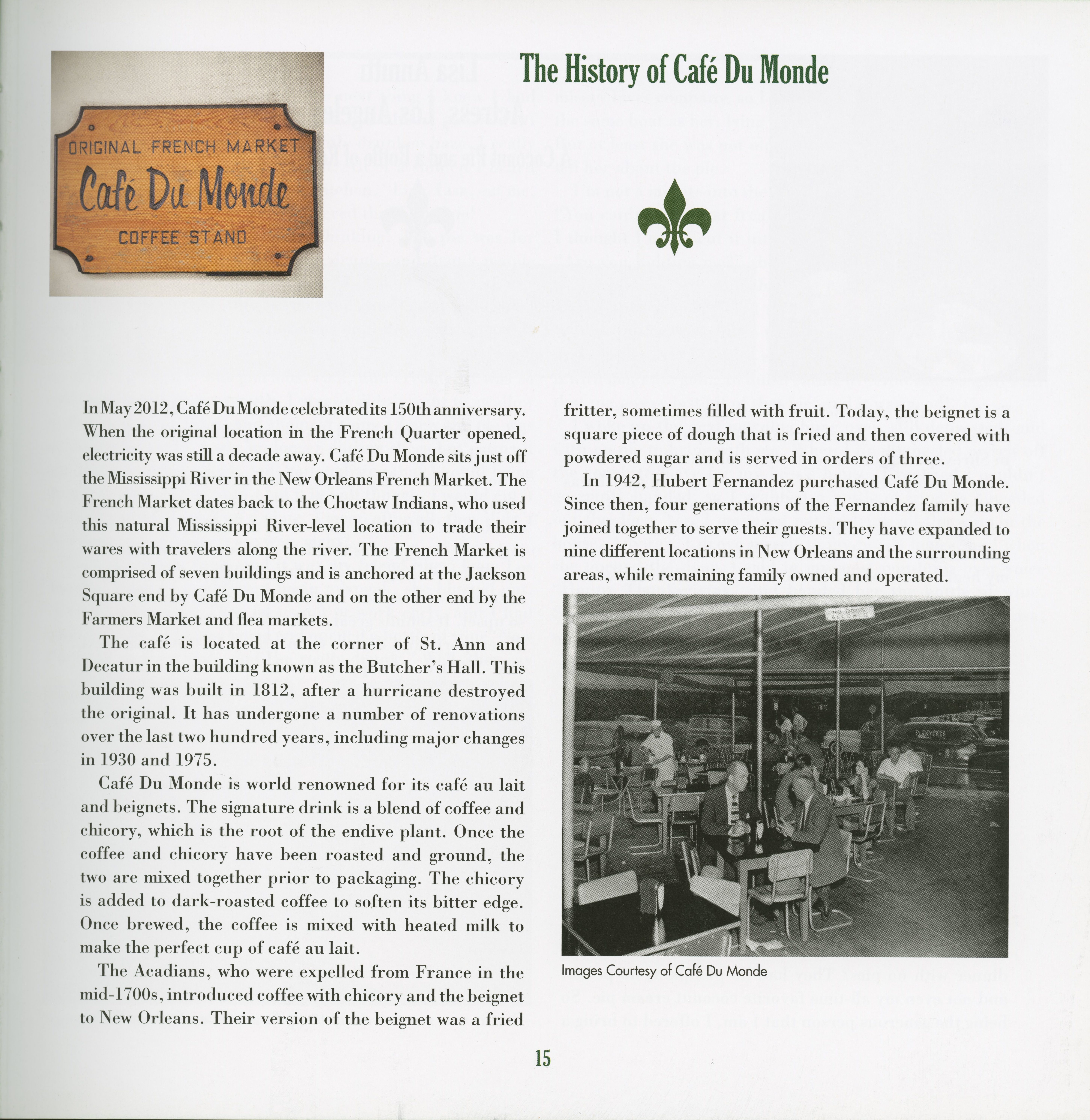 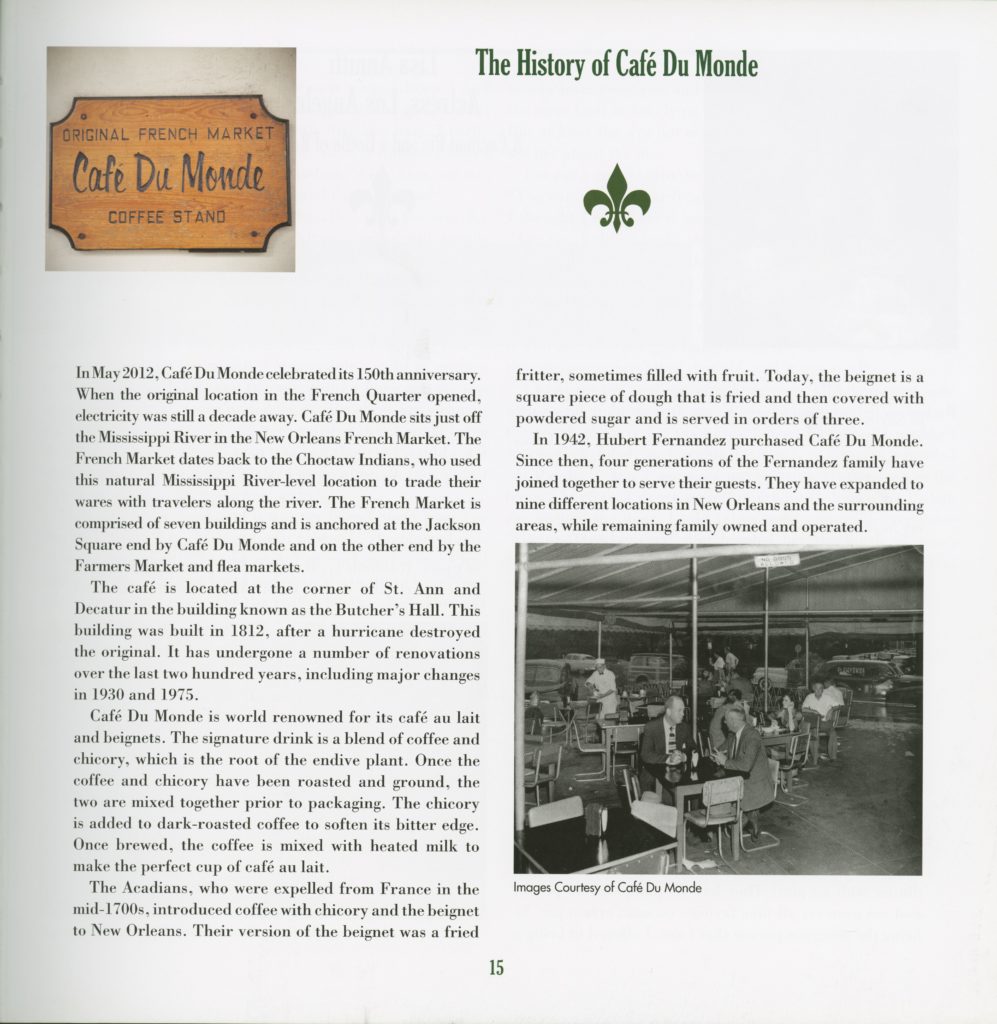 Tujague’s, another French Creole restaurant, came into existence in 1856. Guillaume and Marie Tujague immigrated to New Orleans from Bordeaux, France in 1852, opening a butcher shop before they opened their restaurant. Tujague’s is still in operation today.

In 1870 Maylie’s restaurant opened adjacent to the Poydras Market, which stood on the huge neutral ground on Poydras Street. Maylie’s was known for its hearty breakfasts and lunches and was popular with those who worked in the Poydras Market.

By the 1880s and 1890s, immigrants were coming to New Orleans from southern and Eastern Europe, adding to the overall culinary flavor of New Orleans. Restaurants such as Kolb’s German Restaurant and Tavern became popular with a cross section of New Orleanians. George Leidenheimer, another German immigrant, opened a bakery in 1896 that still operates at 1501 Simon Bolivar Avenue.

During the 1870s, immigrants from Asia began to arrive. In 2015, Richard Campanella, Tulane Geography Professor, shared an amazing story of “The lost history of New Orleans’ two Chinatowns” in an article for nola.com. The original China Town (1870s-1937) was bordered by Tulane Avenue, Common, Elk, and South Rampart Streets. The second China Town (1937-1970s) was located in the French Quarter at 500-600 Bourbon Street.

This era is notable for many restaurants, breweries, and product brands that are either still in operation and/or considered iconic to this day including Court of Two Sisters, Café Du Monde, Schwegmann’s, Morning Call, Brunings, Commander’s Palace, La Louisiane, and Delmonico’s. Coffee and beer breweries such as New Orleans Coffee Company, Jackson Brewing Company, the American and the Louisiana Brewing Companies were also founded during this era. Zatarain’s, a brand created in 1889, is extremely popular today. In 1887 Antoine Alciatores’s son Jules took over as proprietor of Antoine’s and from there, the restaurant became world famous for such dishes as Oysters Rockefeller.