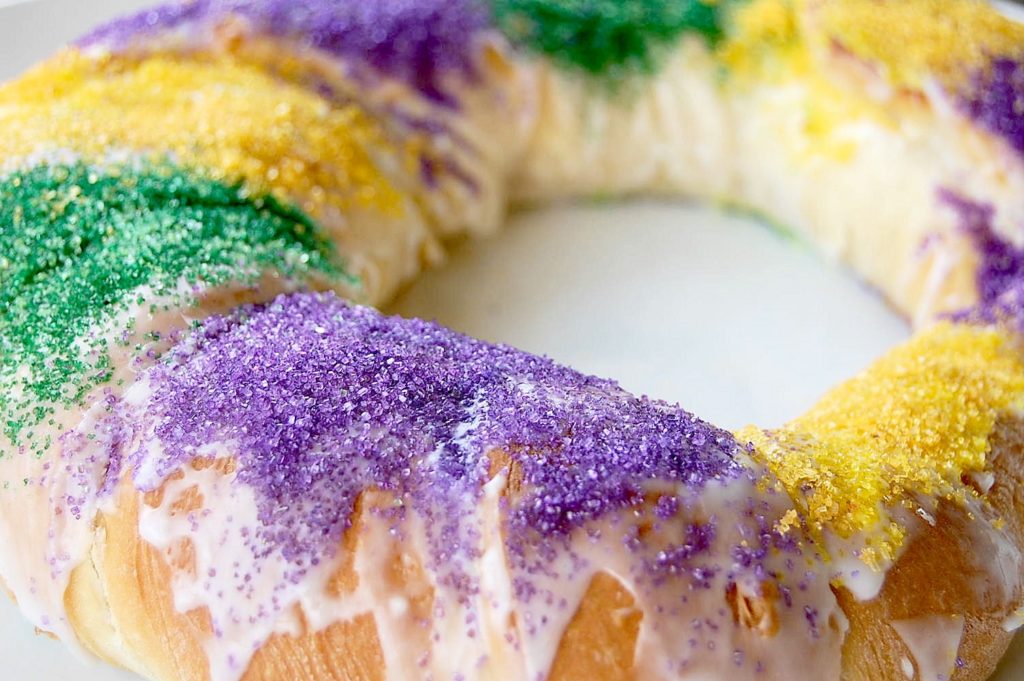 The Galette des Rois, or more commonly King Cake, is a seasonal pastry traditionally enjoyed during Epiphany festivities. Epiphany, as observed in Western Christianity, celebrates the nativity of Christ and the subsequent visit of the Magi, otherwise known as the ‘three wise men’ or ‘three kings’. ~ Hannah Keohane

Known also as Twelfth Night, or Kings’ Day, the celebration is the same: January 6th, 12 days after Christ’s birth. It is said that on this day the three Magi delivered gifts go Christ. One gave frankincense, one gave myrrh, and one gave gold. Over time this moment has been celebrated in varying ways depending on location. In New Orleans, Kings’ Day is celebrated through its designation as the official start to Mardi Gras. ~ Margot Corper