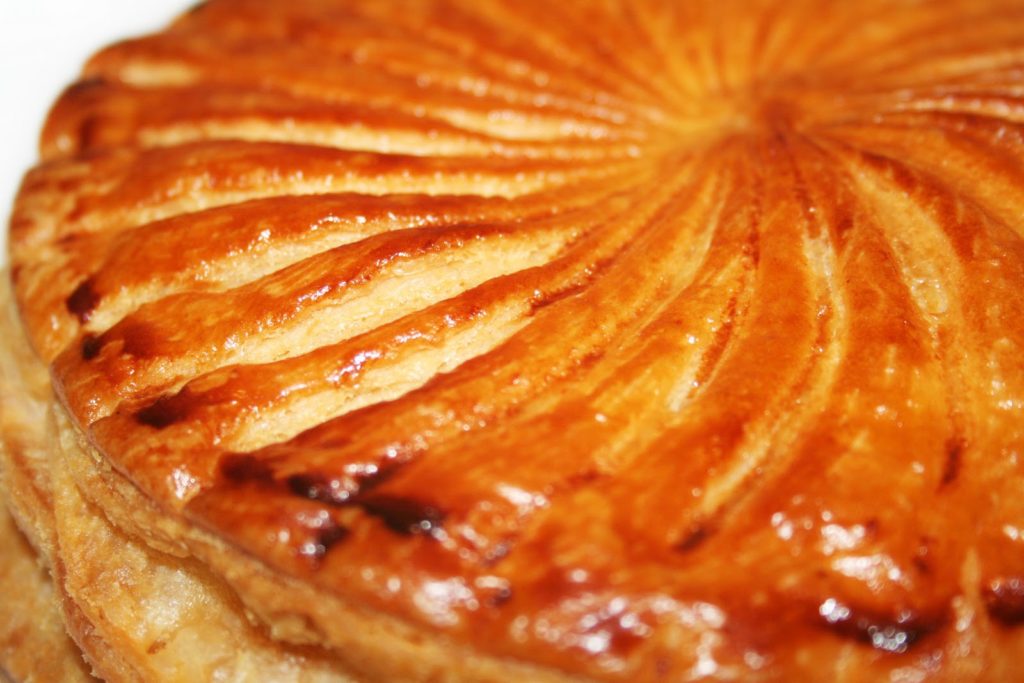 It is usually made by rolling out puff pastry, placing it in a pie dish, filling it with frangipane, and then ultimately topping it with another piece of puff pastry once a little surprise known as a fève has been placed inside. This tart seems to be eaten and made in the more Northern and Central parts of France. ~ Ty Sutton

Gâteau de Rois, is similar to Galette de Rois in the sense that it is also made on the 6th of January, and also celebrates the arrival of the Three Kings, but the overall look and production of the cake is quite different from Galette de Rois. It is usually made from a pastry that is shaped into a “O”, stuffed with either whipped cream or marzipan, and instead of there being only one fève inside they place two. ~ Ty Sutton