Excellence in Education: Celebrating the Artistic, Academic, Athletic, and Administrative Achievements of the Women of Tulane University / Women with Achievements in the Arts / Angela Gregory / 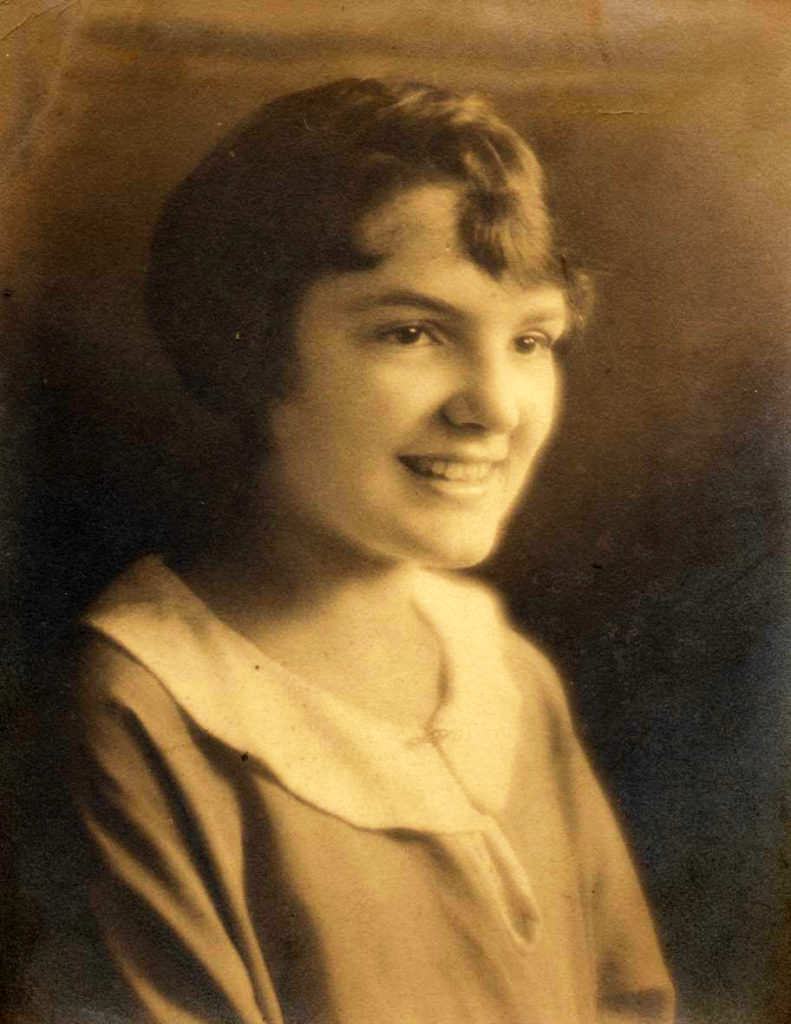 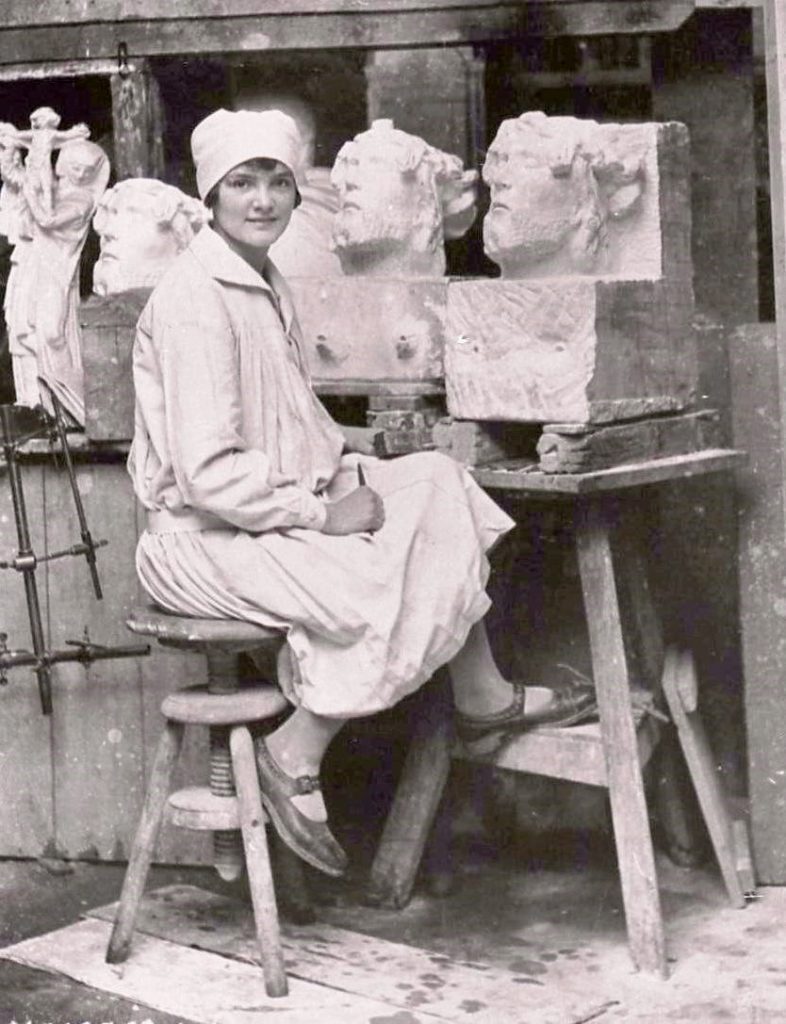 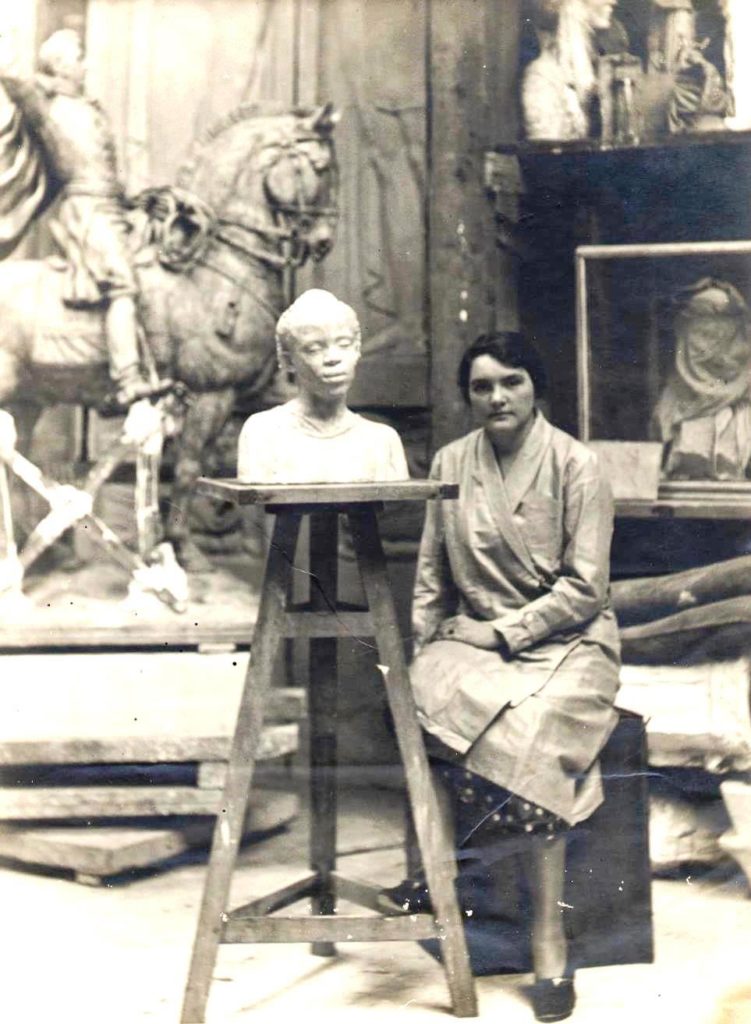 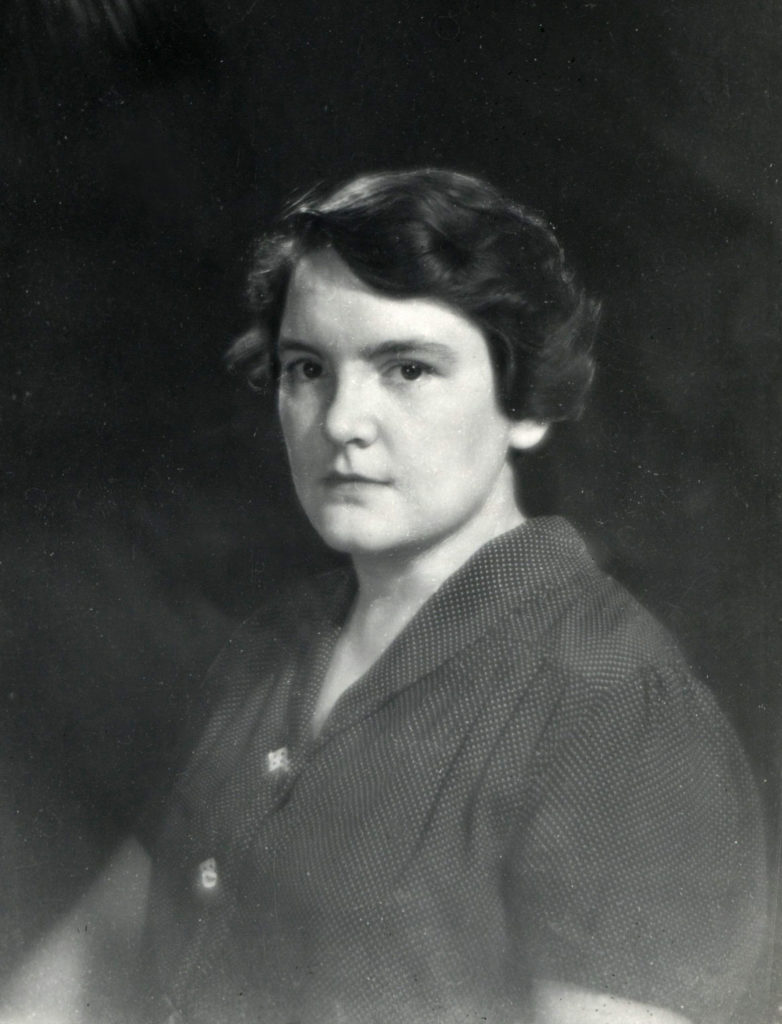 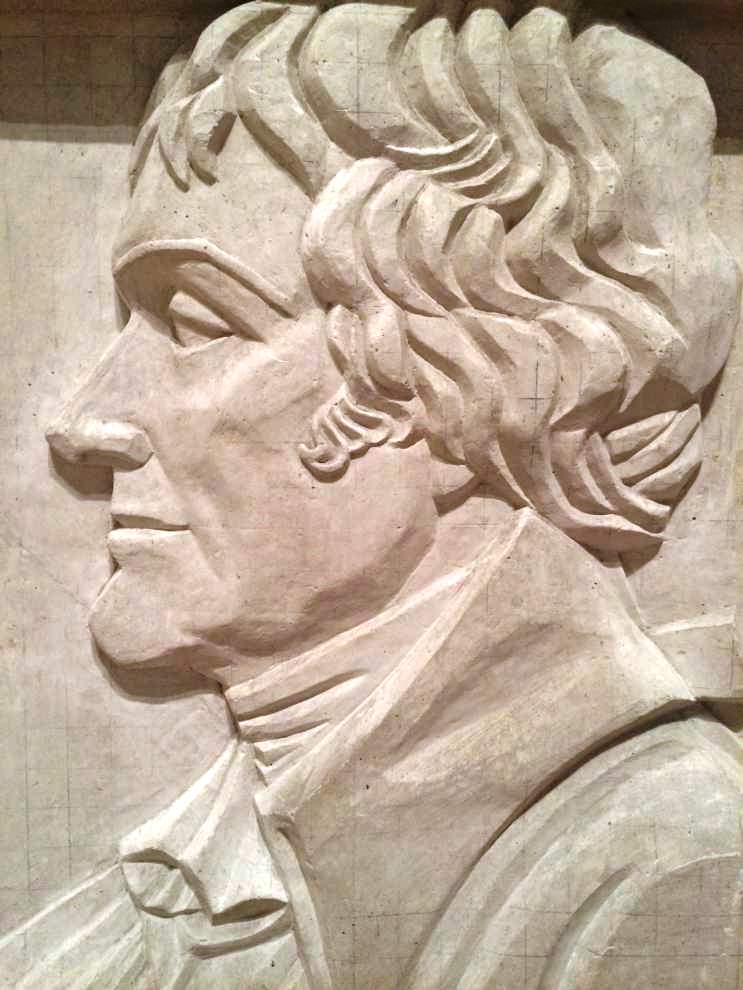 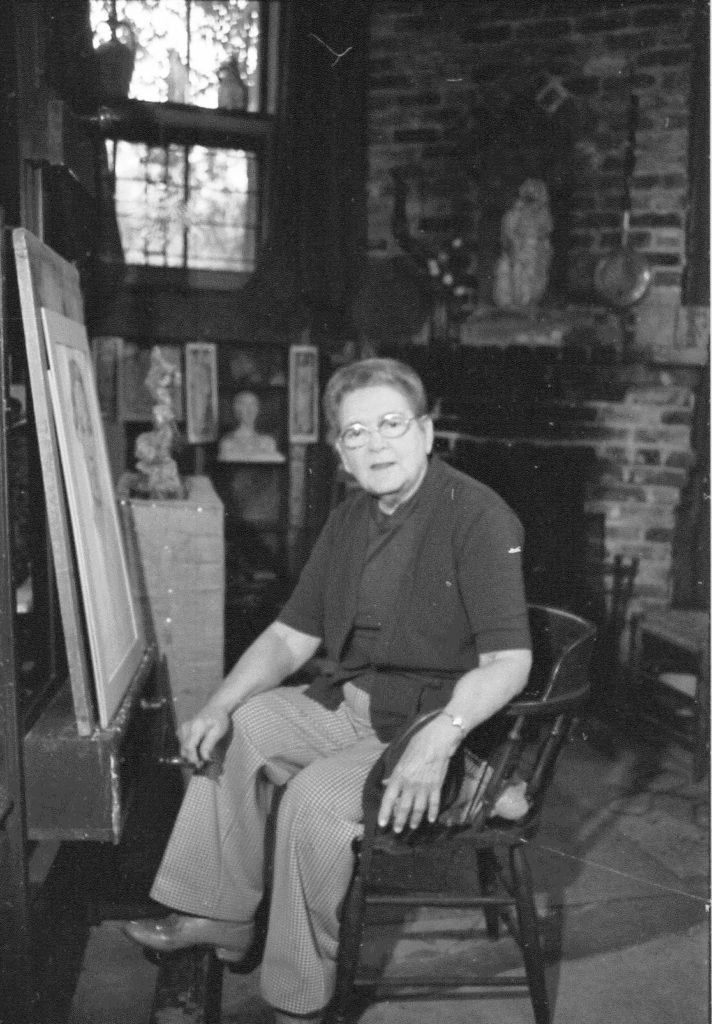 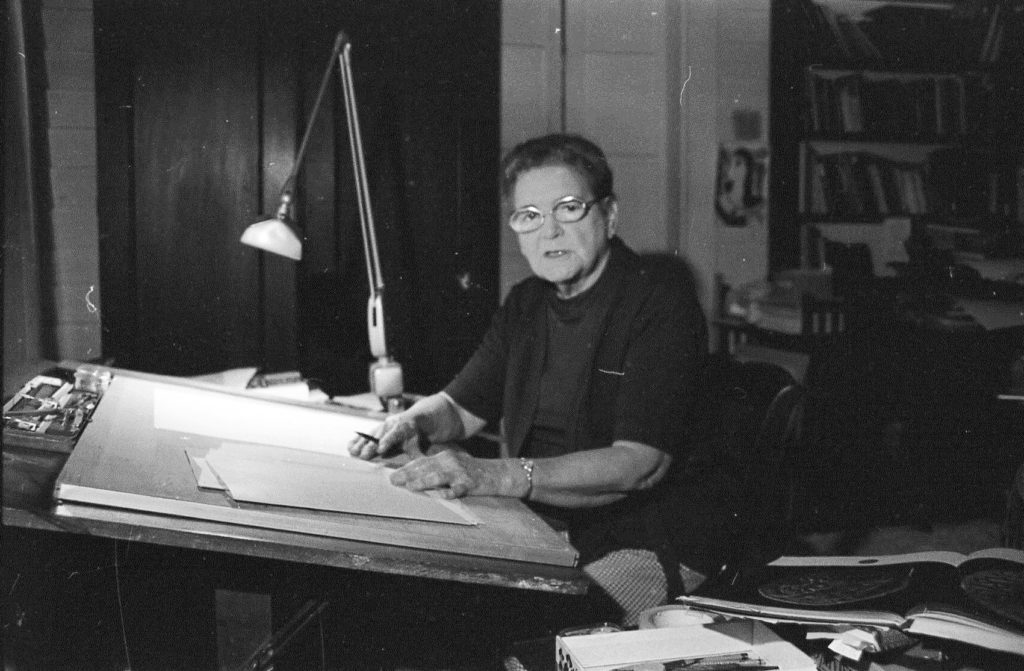 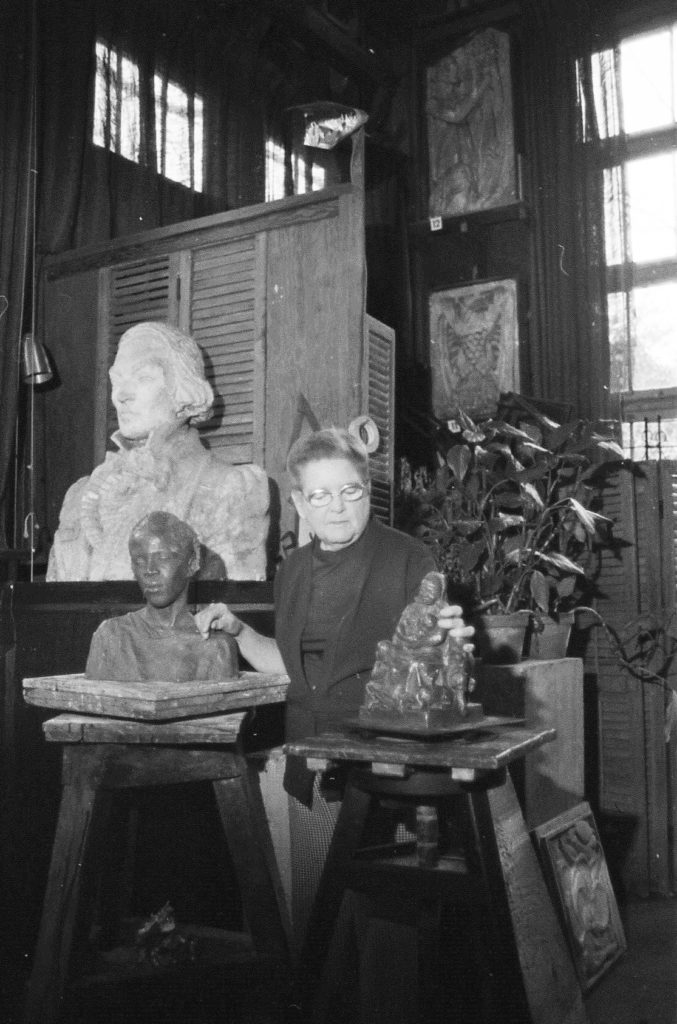 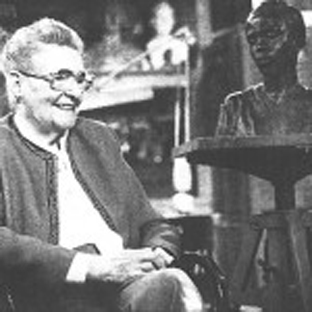 Angela Gregory was one of the most accomplished local artists of the twentieth century. Internationally known primarily for her sculptures, she was born into a Tulane family – her father was William B. Gregory, professor in the College of Engineering, and her mother, Selina Bres Gregory, also a Newcomb alumna, was a craftsman in the Newcomb pottery. One of her mother’s stories about watching stonecutters carve an angel into the Newcomb Chapel on the Garden District campus inspired Angela to learn the craft. After attending the Katherine Bres school, where her aunt was principal, and learning basic architectural art from William Woodward during the summers, Angela entered Newcomb College and studied general art under Ellsworth Woodward, learning modeling and relief casting, drawing, painting, and everything but sculpture, which was not taught at Newcomb. For that, she had to study with German sculptor Albert Reiker in the New Orleans Arts and Crafts Club in the French Quarter. She also studied briefly with Charles Keck in his studio in New York in 1924.

In an oral interview recorded in March 1988, Angela was asked to describe her collegiate experience. Angela said that the whole faculty was fabulous and that even though she had known Ellsworth Woodward since she was a small child (he called her Miss Angel), her best friend on the faculty, and the person who influenced her the most, was Mary Butler, the head of silversmithing. Angela lived at home with her parents during her collegiate years, preferring the less-regulated lifestyle that she enjoyed just a few blocks from Josephine Louise House. As for campus life, she participated in archery, and was on a few committees here and there. She did admit to being thrilled when she was chosen to be the first maid of the May Court her senior year. She was selected to be a bearer of the Daisy Chain her junior year, and she also won the Mary S. Neill Medal for Watercolor as a junior, which was practically unheard of.

After graduating from Newcomb in 1925 with a degree in design, Angela traveled to Paris on a scholarship to attend the Parsons School of Fine and Applied Arts, ostensibly to study illustrative advertising, but secretly her intentions were to study stonecutting. She was the only American student to be accepted as one of Antoine Bourdelle’s students, and her limestone copy of the “Beauvais Head of Christ” that she completed while working with Bourdelle convinced the Rodin-trained sculptor that she had a true gift for the art. After three years in Paris, she exhibited her work at the Salon des Tuileries in Paris and returned to New Orleans in 1928 to set up a studio behind her parents’ home on Pine Street.

Angela received her first major commission when she was just 25, for the architectural sculpture on the façade of the New Orleans Criminal District Courts Building. Tulane Green Wave football All-American Jerry Dalrymple and his teammates Jack Holland and Adolphe Jastrup were models for her sculptures on the criminal courts building. Her work attracted national media attention; a review in “New York Sun” by Helen Schertz was headlined “Prison Walls Made Less Grim by Girl Sculptor, Who at 25 Executes Many Commissions.” Other local pieces include the head of Aesculapius (1929-30), which still benevolently gazes down upon the heads of medical students as they enter the Hutchinson Building of Tulane’s School of Medicine, a replica of the Tulane University seal ensconced over the stage in McAlister Auditorium (1939), and the carved lintels in the doorways of the original Howard-Tilton Memorial Library (now Jones Hall), on Tulane’s campus (1940). In Baton Rouge, she was commissioned to create eight bas-relief profiles depicting men who shaped Louisiana, along with an iron railing bearing pelican motifs that surrounds a relief map of the state that is embedded in the lobby floor.

For a short period (1934-1937), Angela taught ceramics at Newcomb College. Blazing a trail for others, she became the first graduate student to be accepted in architecture, thus establishing the graduate program in architecture. She earned her Master of Arts in architecture in 1940, then became the state supervisor of the Works Progress Administration’s Federal Art Project for Louisiana. During World War II, Angela became an assistant architectural engineer for the Army Corps of Engineers, and contributed to the war efforts by designing camouflage for the army. She also served as a counselor for women at Pendleton Shipyards, and worked as a consultant for Celotex Corporation. She also taught as an instructor at the War Training Center at Tulane. After the war she returned to sculpting and created one of her most famous pieces, the bronze statue of Bienville, which now rests in the French Quarter.

In the latter part of her life, Angela became a professor and sculptor-in-residence at St. Mary’s Dominican College in New Orleans, filling that role for 20 years. During those twenty years, in addition to teaching and mentoring her students, Angela was commissioned to create at least 36 pieces of art. These range in type and size from university seal redesign (Dillard, 1961) to coin medal (Civil War Centennial, National Commemorative Society, 1965), to medal (Louisiana Library Association Literary Award, 1967), to memorial/ portrait in bas-relief (St. Louis Cathedral, 1959), to portrait bust (F. Edward Hebert, 1976), to full size monument (General Henry Watkins Allen, 1961-62, Port Allen), to larger-than-life sculptures such as the statue of St. Louis, which stands in a glass foyer looking out of the front of the archives building of the Archdiocese of New Orleans on Walmsley Avenue (1962).

Angela retired from St. Mary’s Dominican College in 1976, and was honored with the title of Professor Emerita.

In recognition of the innumerable contributions she made to Newcomb, Tulane, the city, and the art world in general, Angela received many well-deserved awards in her lifetime, including being named, in 1982, Chevalier de L’Ordre des Arts et des Lettres by the French minister of culture. Tulane University and Newcomb College each named her outstanding alumna. At the time of her death she was one of the few women fellows of the National Sculpture Society.

Last year, a 12-story bank building in Baton Rouge was transformed into the posh Watermark boutique hotel, in the Marriott Autograph Series. For its design inspiration, the art consultant drew on a series of eight panels depicting various aspects of Louisiana commerce that had been discovered on the walls during the renovation. The 6’x20’ panels had been painted in 1948-1949 by Angela Gregory, who had been commissioned to execute the artwork to hide the second floor of the building. The panels were so beautiful that they, and Angela Gregory, became the main focus of the hotel’s décor (we know this because the consultants visited the Angela Gregory papers here in the Louisiana Research Collection quite often!). The hotel’s restaurant and bar is named The Gregory, after Angela, and the panels are mounted within. The art-deco/neo-classical hotel is spectacular; a link is provided below so you can see for yourself.