Excellence in Education: Celebrating the Artistic, Academic, Athletic, and Administrative Achievements of the Women of Tulane University / Women with Achievements in the Arts / Caroline Wogan Durieux / 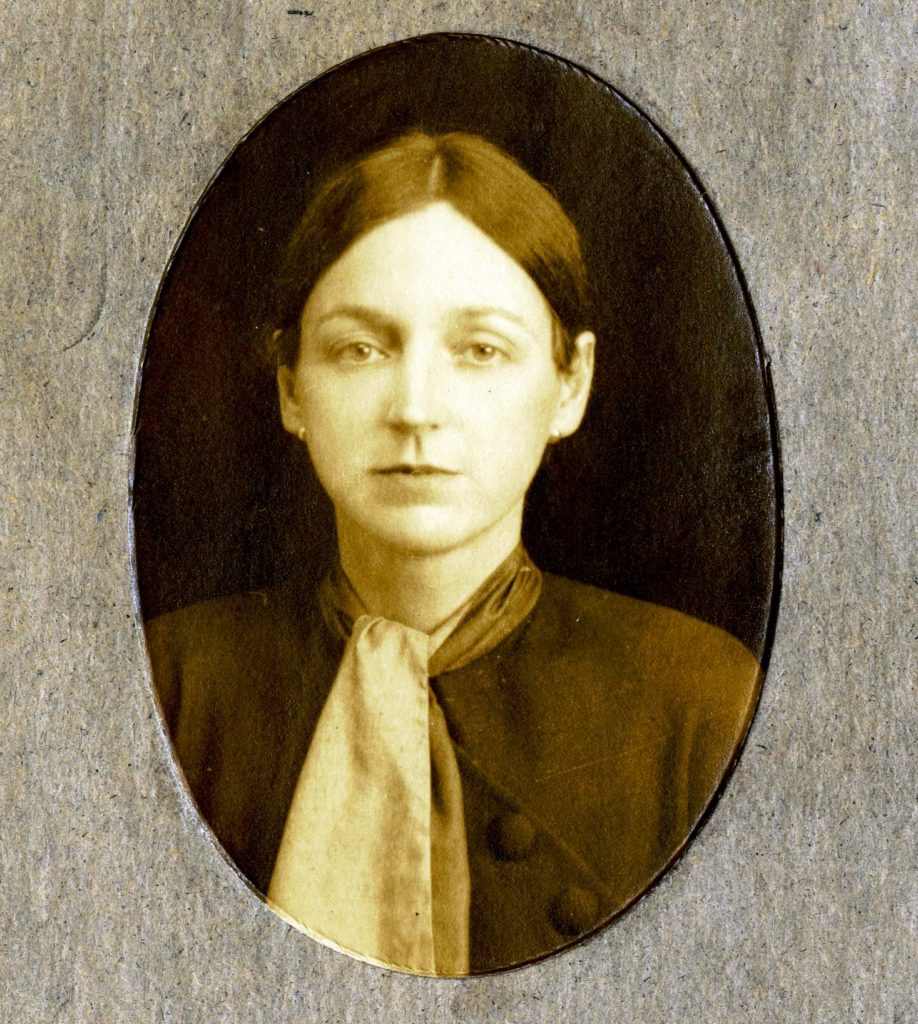 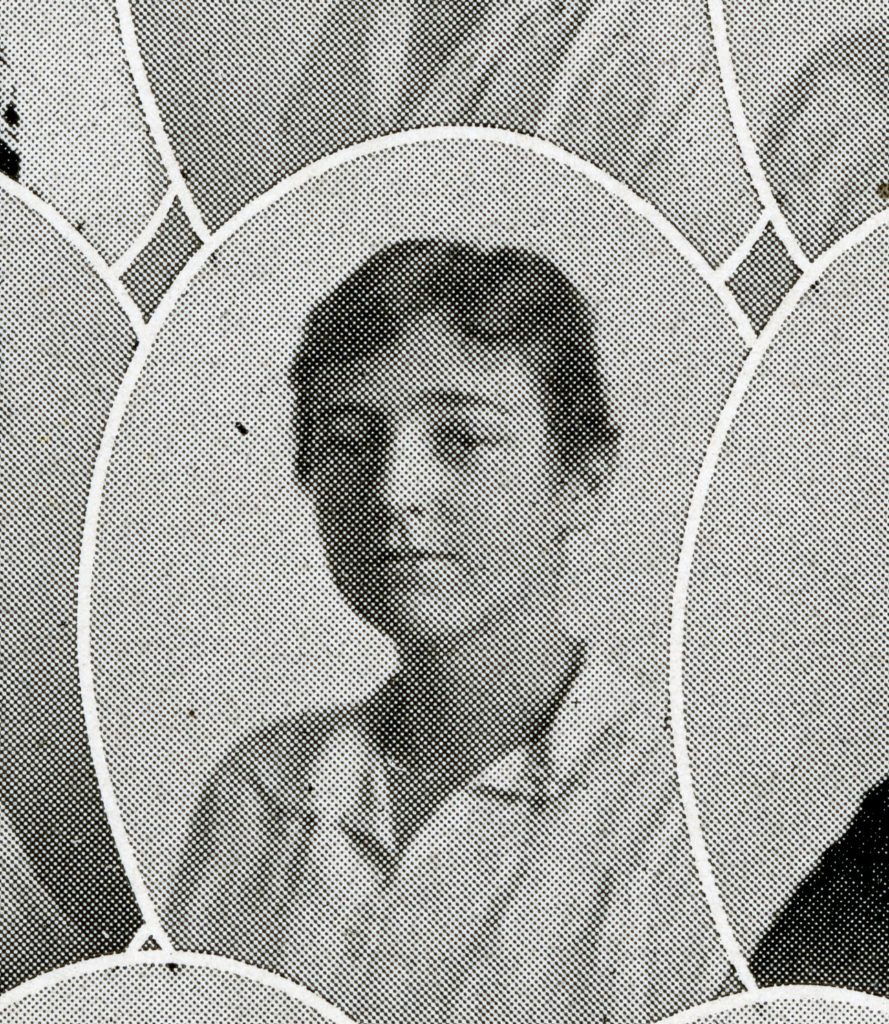 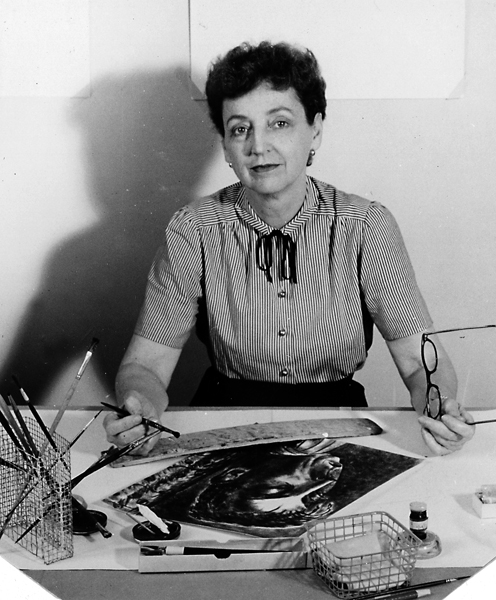 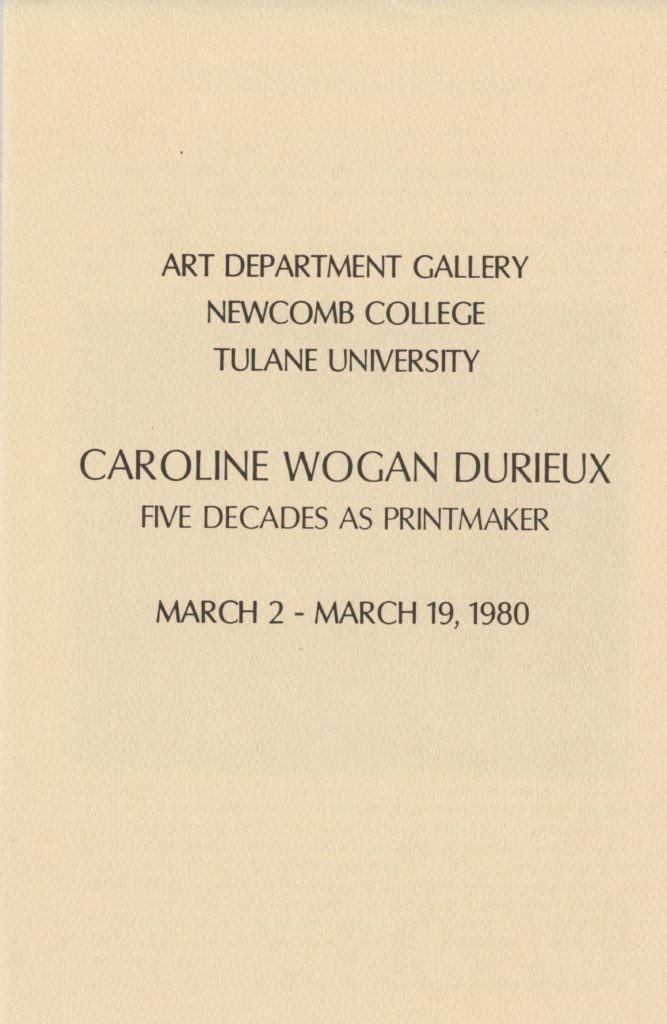 Caroline Wogan Durieux was born into a Creole (French and Spanish heritage) family in New Orleans and showed an early talent for art, drawing by the age of four and taking up watercolors by the age of six. She began taking lessons from Newcomb art professor Mary Butler long before she entered Newcomb College in 1912. Under the tutelage of Ellsworth Woodward, her art skills were honed, and surrounded by other women who were exploring the depths of their own intellect, she became interested in satire. Caroline earned a degree in design, and then a second degree in art education in 1917, before leaving the nurturing walls of Newcomb to pursue a graduate degree at the Pennsylvania Academy of Fine Arts. There, she gained exposure to Modernist techniques and styles.

Caroline returned to New Orleans in 1920 and married Pierre Durieux, a childhood neighbor whose family business was importing lace and dress goods from Latin countries. After spending a few years working out of Cuba, the Durieuxs returned to New Orleans, to live in the French Quarter among lofty literary neighbor William Faulkner and the equally creative silver artist William Spratling. The enclave of literati and other artists served to sharpen Caroline’s satirical eye.

The Durieuxs landed in Mexico City when Pierre became the Latin American corporate representative of General Motors. Caroline’s art matured as she became friends with artists such as Diego Rivera (a letter from Tulane anthropologist Franz Blom effected the introduction) and Frida Kahlo. This was in 1926, the time of the Mexican revolution, and Caroline perfected her satirical style of painting. After a solo show of her oils and drawings at the Sonora News Company, Diego Rivera wrote a positive review of her exhibition, and then he painted her portrait.

Pierre received another promotion in 1929, which took the couple back to New York. Here, her talent for satire was recognized and she was encouraged to take up lithography by Carl Zigrosser. Pierre’s job sent them back to Mexico City in 1931, where Caroline pursued lithography at the Academy of San Carlos to study with Emilio Amero and fell in love with this technique. In 1936, Pierre’s failing heart health sent the couple back to New Orleans for good.

Immediately upon her return, Lyle Saxon enlisted Caroline’s involvement in a Louisiana Writer’s Project that he was directing, the “New Orleans City Guide.” He hired Caroline to illustrate the section on “New Orleans Folks.” She contributed six drawings to it.

In 1937, Caroline began teaching at Newcomb College, a position she would hold until 1943. Her primary focus was to ensure that her students had proper drawing fundamentals. She also began showing her work in one-man shows, and exhibiting in the gallery associated with the Arts and Crafts Club of New Orleans’ Art School.

In 1938, she assumed the directorship of the WPA Federal Art Project in New Orleans from Ellsworth Woodward. She ran the only integrated division of the FAP in Louisiana, creating murals and other public artwork such as those seen in City Park.

She was hired by Louisiana State University in 1943, and taught art there until 1963, when she retired with emerita status. It was there that she invented the technique of cliché verre, or printmaking on glass, and electron printmaking, or using radioactive inks.