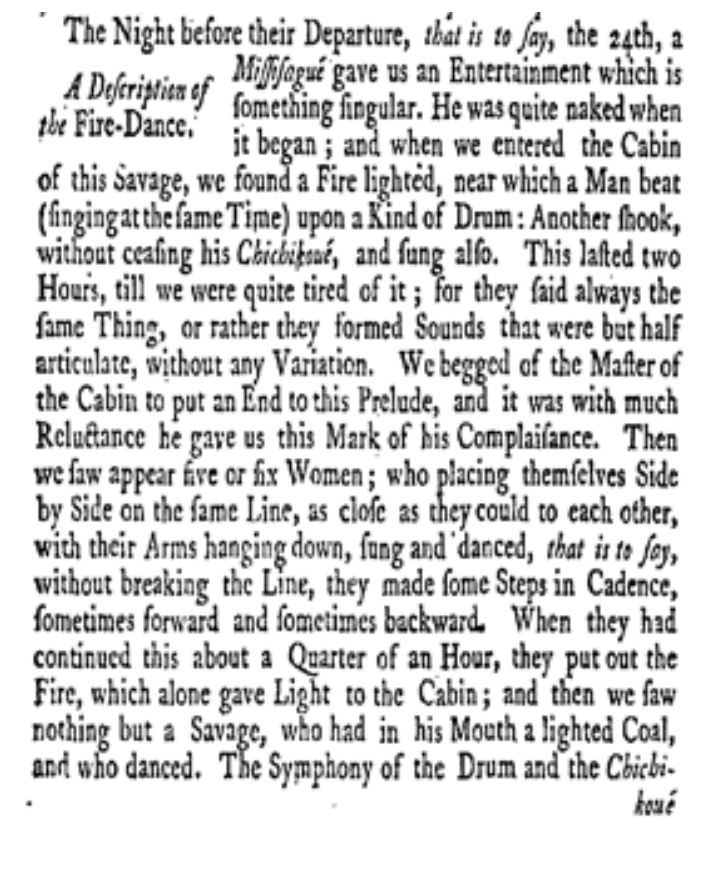 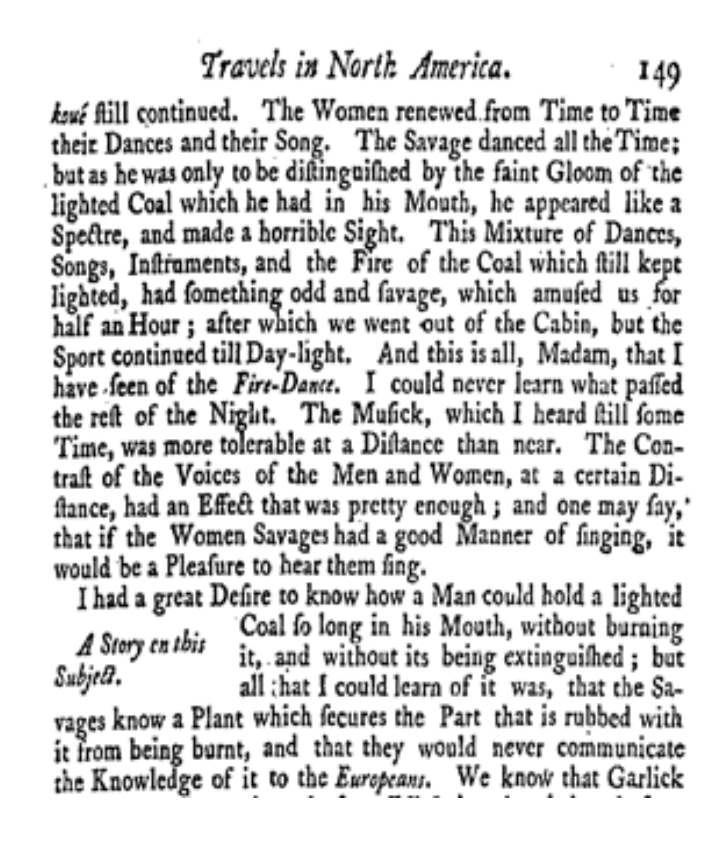 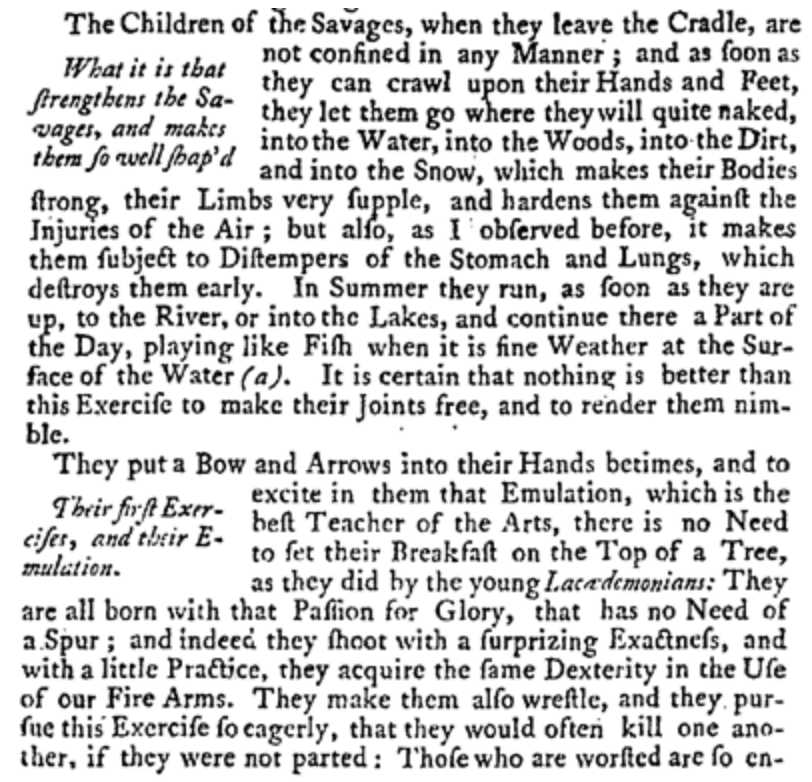 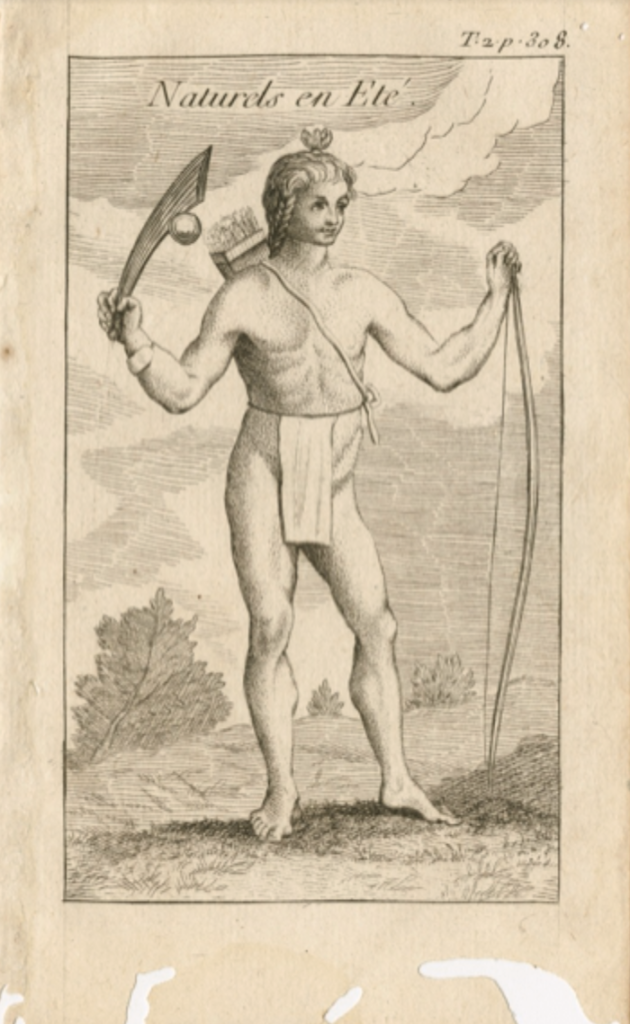 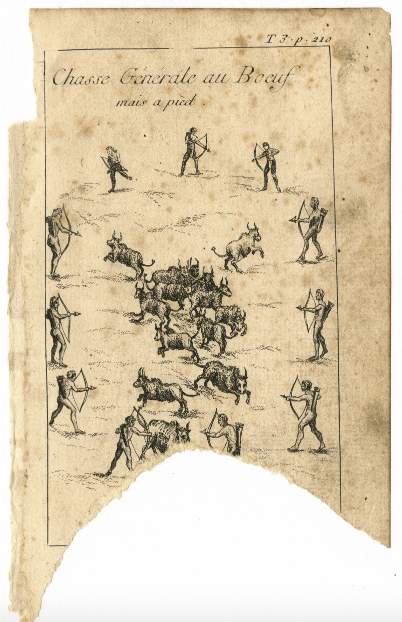 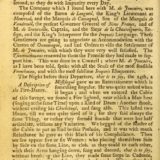 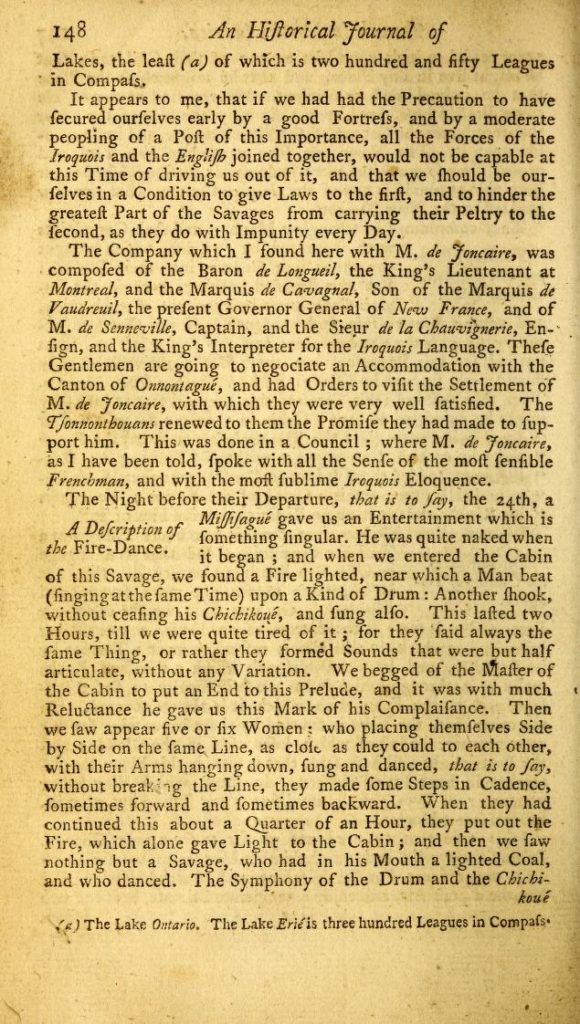 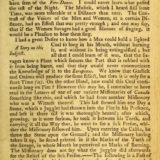 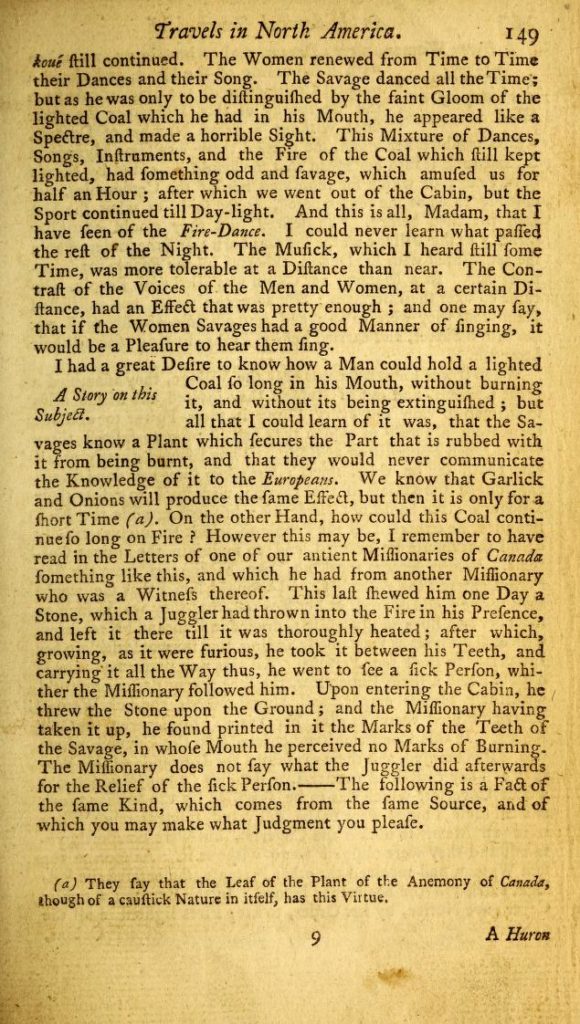 Exoticizing the American Indians or representing their culture as foreign and unfamiliar to Europeans was an important part of the narrative of discovery. For this reason, interactions between French colonists and the Indians of Louisiana tend to take on the form of an encounter, even though the Indians of the region had longstanding political and economic interactions with Europeans. 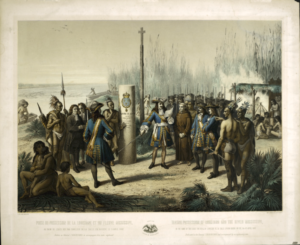 The nineteenth-century image above, Taking Possession Of Louisiana And The River Mississipi, In The Name Of The Louis XIVth, by Cavelier De La Salle, highlights the 1682 “encounter” between La Salle and the Indians of the Mississippi Delta. The differences between the two cultures are emphasized by their distinctive costumes, and takes place around a cross and a stake bearing the royal arms of France. By 1682, the Indians of the region had been trading with the English Carolina colonies for twenty years and with the Spanish colonies in Florida and Texas for a century. 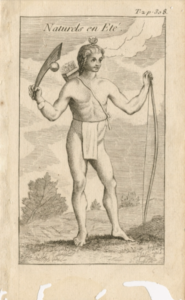 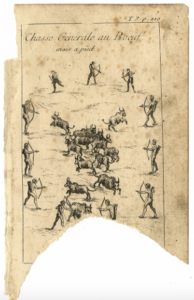 Representations of Indians using the bow and arrow stress their exoticism. It was known that by the time the French were colonizing the Gulf South, the Indians preferred to hunt with firearms.

Even descriptions of North American religious practices helped to exoticize the Indians of Louisiana: 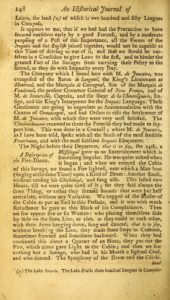 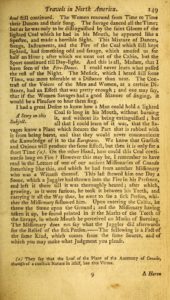 Pierre François Xavier de Charlevoix gives a chilling description of a “Dance of Fire,” referring to its performer as a “spectre” with the “faint gloom” of a burning coal held within his mouth. Despite these apparently radical differences, missionaries enjoyed mostly peaceful relations with Indians of the region. Charlevoix describes one missionary who was so “greatly loved” by the Indians that he was invited to remain in their settlement even after having burned their temple to the ground.