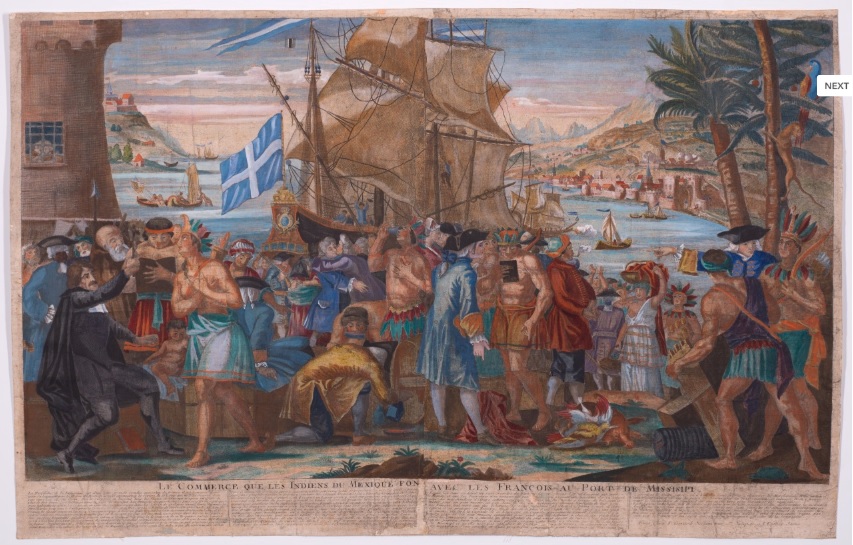 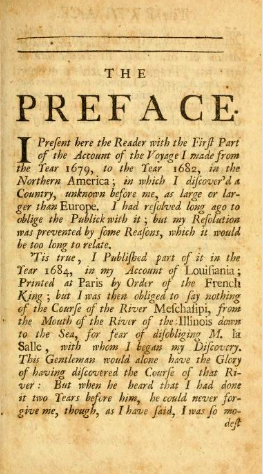 “When you are upon the top of this hill, you discover the whole country, which is an extensive beautiful plain, with several little hills interspersed here and there, upon which the inhabitants have built and made their settlements. The prospect of it is charming.” – Antoine-Simon le Page du Pratz

French writers of the colonial period described Louisiana using a language derived from European literature on the New World that had, by that time, been developed for more than two centuries. In this genre of literature, the New World was typically represented as something to be discovered, and writings on the New World typically included descriptions of the land, the people and their customs, and the animals and plants with which European readers were unfamiliar. Even though there was little left to discover by 1718, discovery remained an important aspect of French representations of Louisiana because discovery was important in the literary tradition of European colonization. By representing themselves as discoverers, French writers claimed a place for French Louisiana in the history of the European colonization of the New World.

In the quote above, Le Page du Pratz, whose book Monroe requests, invites French readers to see themselves as discoverers of a “charming” new “prospect” rather than as émigrés to a world already populated.

The importance of discovery to the French colonial narratives created distortions and inaccuracies about the New World. Louis Hennepin, another writer named by Monroe, admits in the preface to his Nouvelle decouverte d’un tres grand pays situé dans l’Amérique (1697) that his earlier account of North America omits mention of the Mississippi for fear of challenging LaSalle’s claim to discovering it.

“I was then oblig’d to say nothing of the [Mississippi] . . . for fear of disobliging M. la Salle, with whom I began my Discovery. This Gentleman wou’d alone have the Glory of having discover’d the Course of that River: But when he heard that I had done it two Years before him, he could never forgive me . . .” – Louis Hennepin

Indicators of discovery such as sailing ships and meetings with American Indians occupy the center of a French advertisement for traveling to the region (see image 1), even though ships of this size could not navigate up the Mississippi River and the indigenous residents of the region had been dealing with Europeans for centuries. And contrary to the image or descriptions by French explorers, there are no hills in the Mississippi Delta to provide the charming prospects described by Le Page du Pratz.