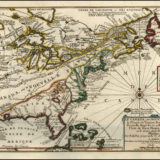 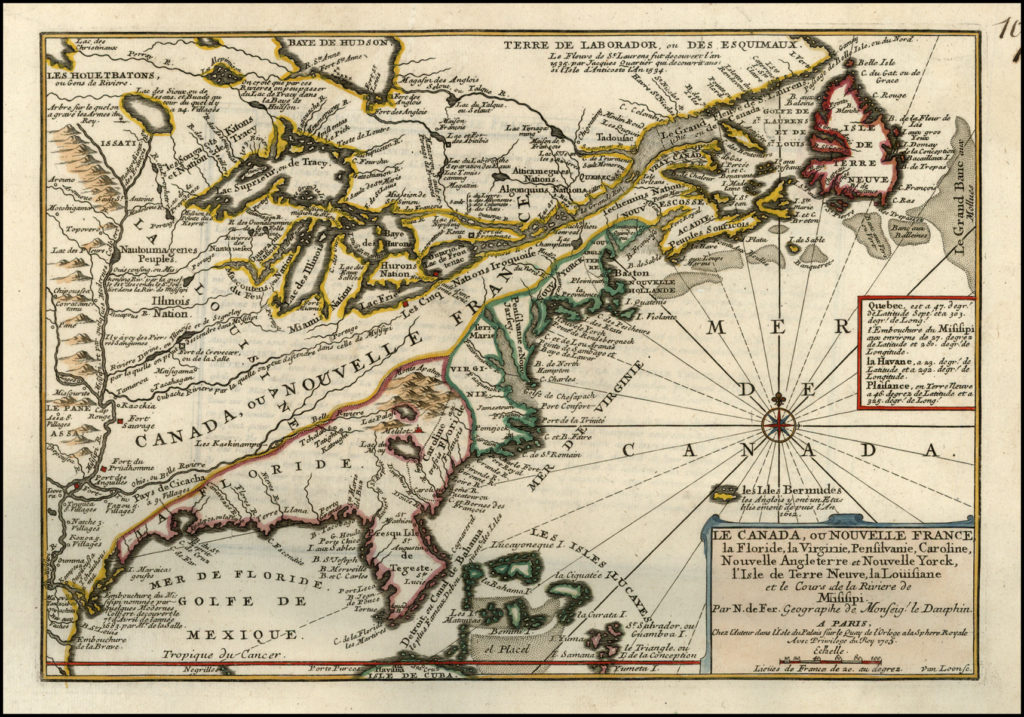 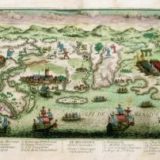 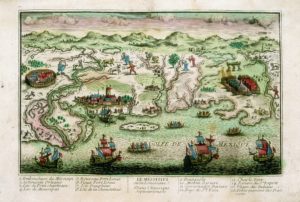 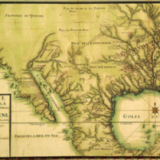 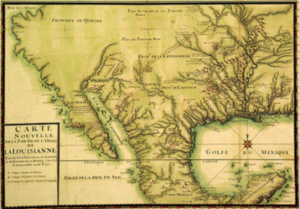 During the age of colonization, early modern cartographers aimed for accuracy in their maps while simultaneously attempting to create a colonizer’s dream of the New World.

On the first map on the left, “Pensacola” is listed in the ledger below charted relatively close to “la Nouvele Orleans”, when in reality the trek is roughly two hundred miles. This condensation of space is key in developing European perceptions of the New World and its presence on a global scale.

In the second map, men can be seen carrying bow and arrow, fighting off stag like creatures, and holding canoes over their heads. All are painted in blue and red, contrasted against the inherent paper white of the parchment – an homage to the French flag.

Lastly, M. Bernard’s map depicts a crucial perception of the New World: dominance, an entire continent under one monarchy.