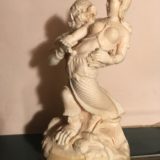 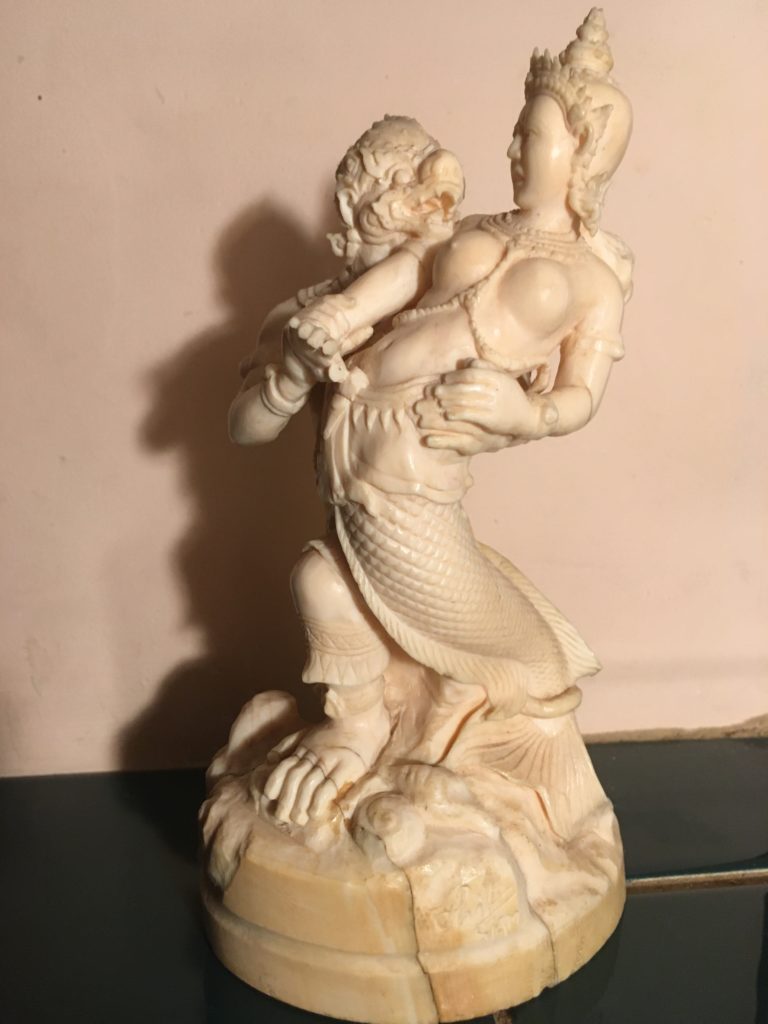 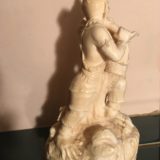 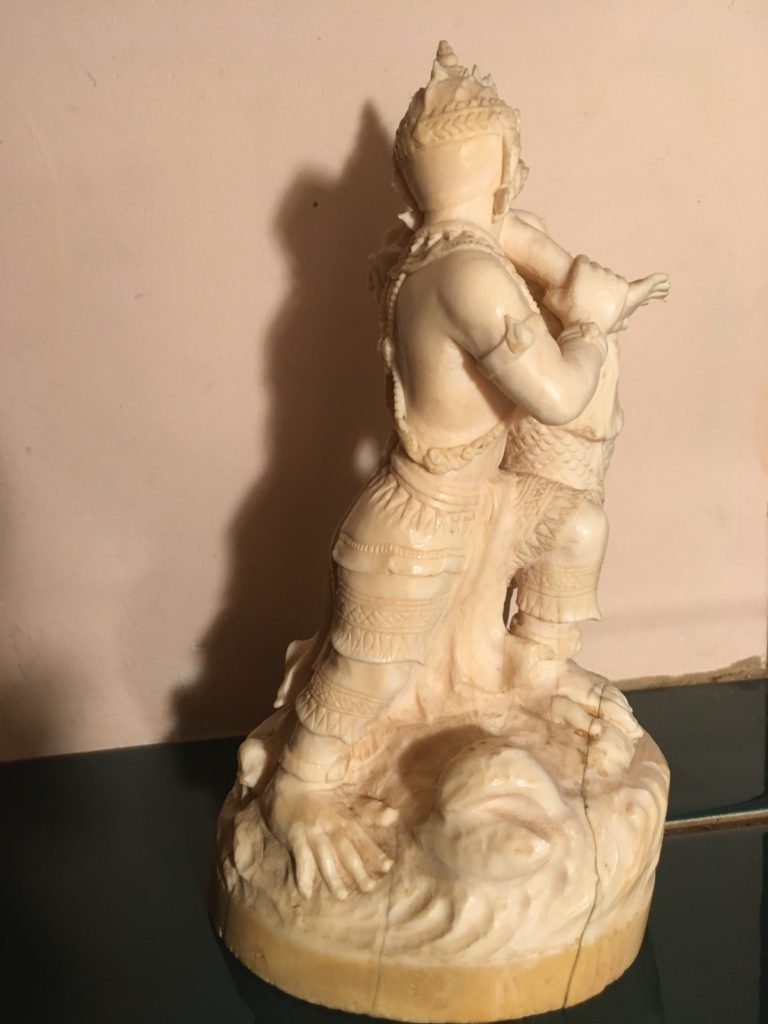 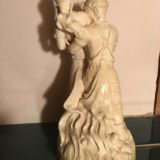 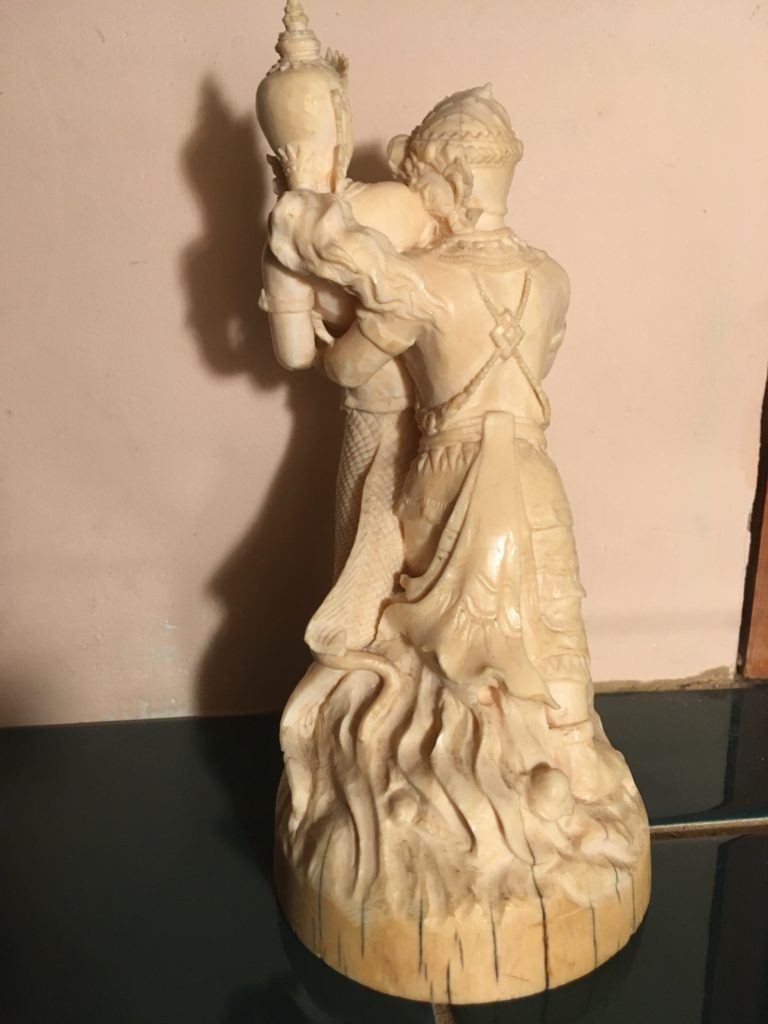 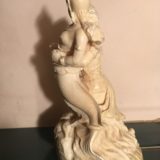 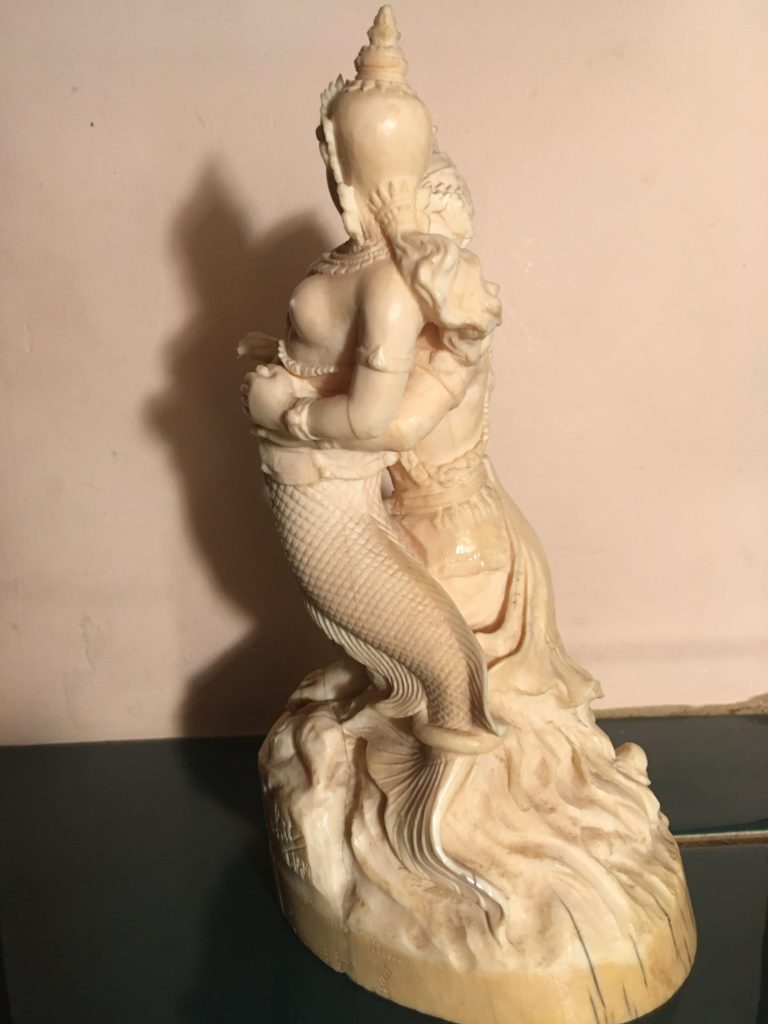 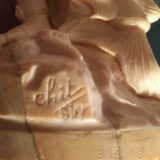 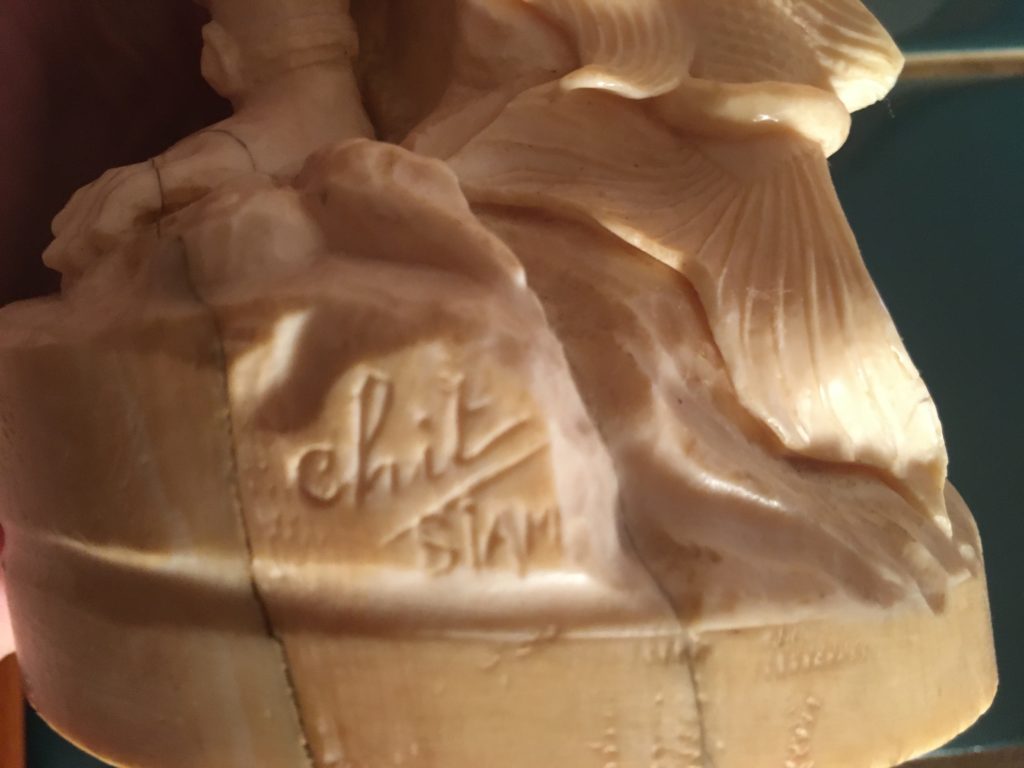 This carved ivory sculpture is most probably sourced from an elephant tusk, and its maker’s signature, “Chit,” appears in cursive letters, as does “SIAM” prominently inscribed on its base in large Latin letters, dating its creation to sometime before the foundation of Thailand in 1932. Dr. Susan Saward acquired this piece in New Orleans in the 1980’s.

Two intertwined figures are realized in a startlingly Baroque style, with lavish attention paid to anatomy, texture, and ornament in equal measure. The attitude of their embrace is infused with torsional momentum, and this dynamic quality distinguishes this carved ivory from its contemporaries. The subject matter is sourced in Southeast Asian versions of the Ramayana, which sees Hanuman, the Hindu monkey god, recruited by Rama to return his abducted love Sita. Hanuman embarks on a project of creating a bridge to Lanka, where Sita is held by the demon Ravana, but he soon discovers that mermaids are removing the large stones put down. Hanuman meets Suvannamaccha, a mermaid daughter of Ravana, who has been hindering his efforts at the order of her father; they fall in love, Suvannamaccha ultimately helps Hanuman build the bridge to Lanka, and he departs, leaving her pregnant with his child Macchanu. This carved ivory then depicts the moment of meeting and seduction between Hanuman and Suvannamaccha; their attitudes may be European-derived, but the detail in their clothing and jewelry reveals the maker’s fluency in Southeast Asian and Thai forms as well as folklore.