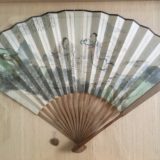 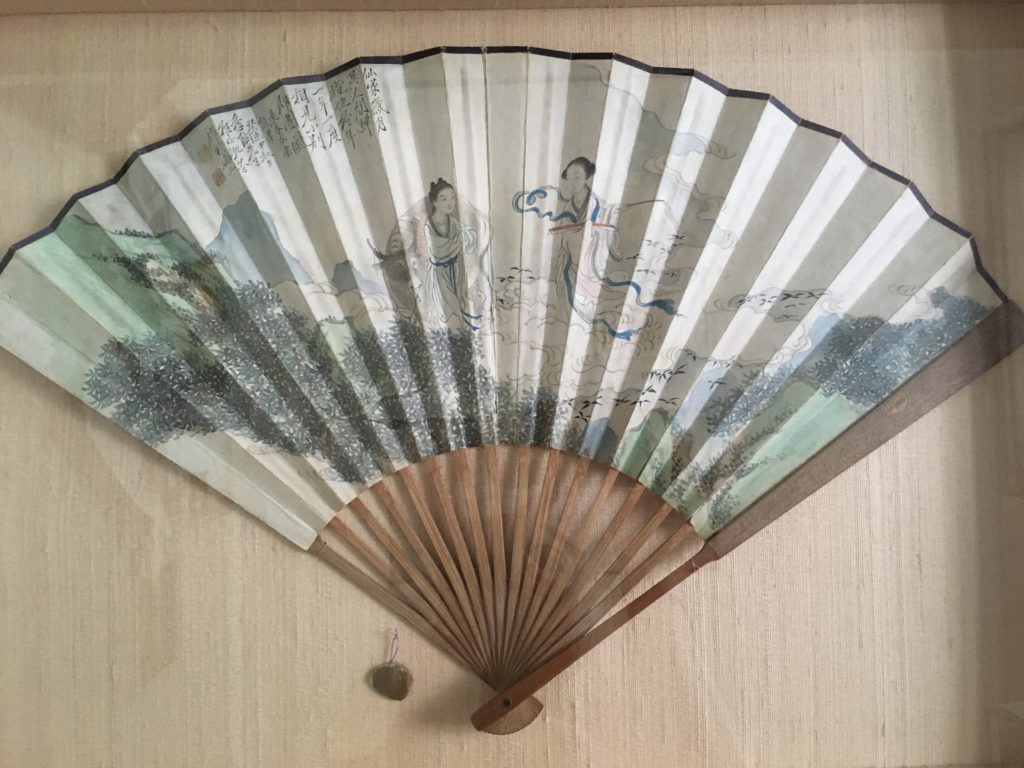 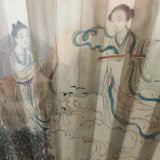 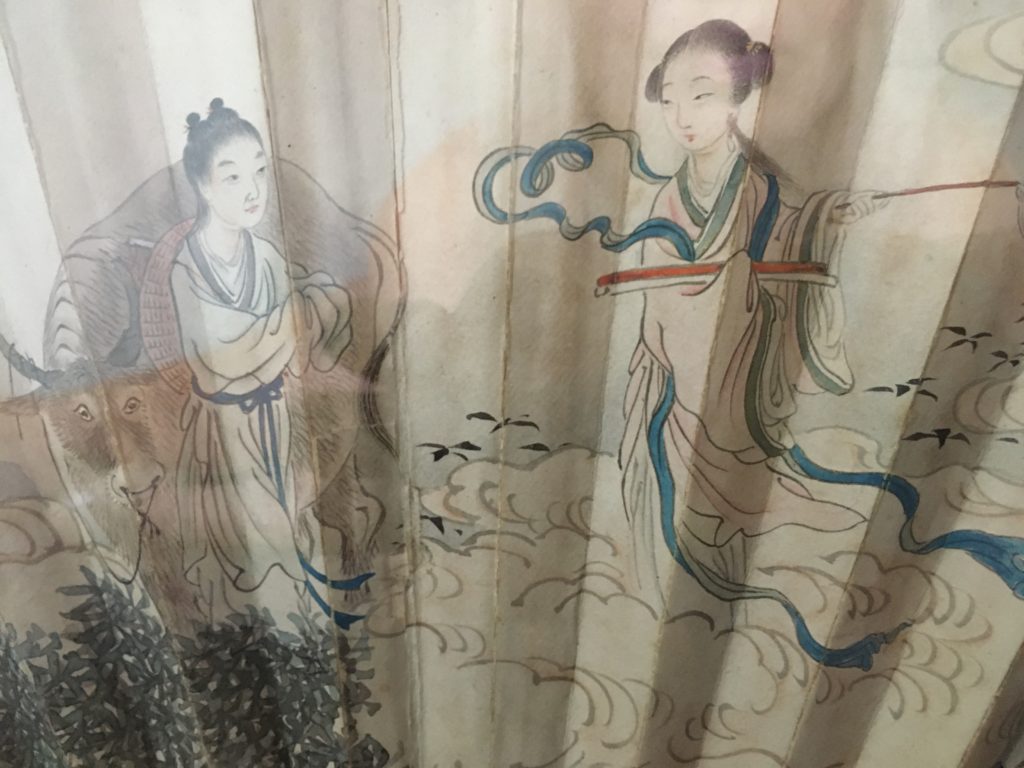 This ornamental fan is mounted and framed with the stamped wax seal of its maker; a poem covers its upper left border which refers to the mythological scene of the Cowherd and the Weaver Girl（牛郎和织女) painted on its body. The cowherd named Niu Lang fell in love with the Weaver Girl, a fairy from heaven, who secretly came down to earth and married him. Their love however was not allowed by the law of heaven, so they were banished to opposite sides of the heavenly river (the Milky Way) by the god of heaven. However, their loyalty to love touched the magpies, and on the seventh day of the seventh lunar month of every year on the Chinese calendar, a flock of magpies would form a bridge to reunite the lovers for one day. To commemorate their love story, this day became a Chinese traditional holiday named “Qixi Festival”, also known as Double Seventh Festival or the Chinese Valentine’s Day.

The transcription and translation of the poem on the fan is as follows:

It is already very lucky for us to meet one day once a year, since our love was not allowed originally.