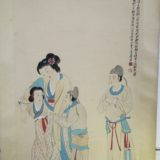 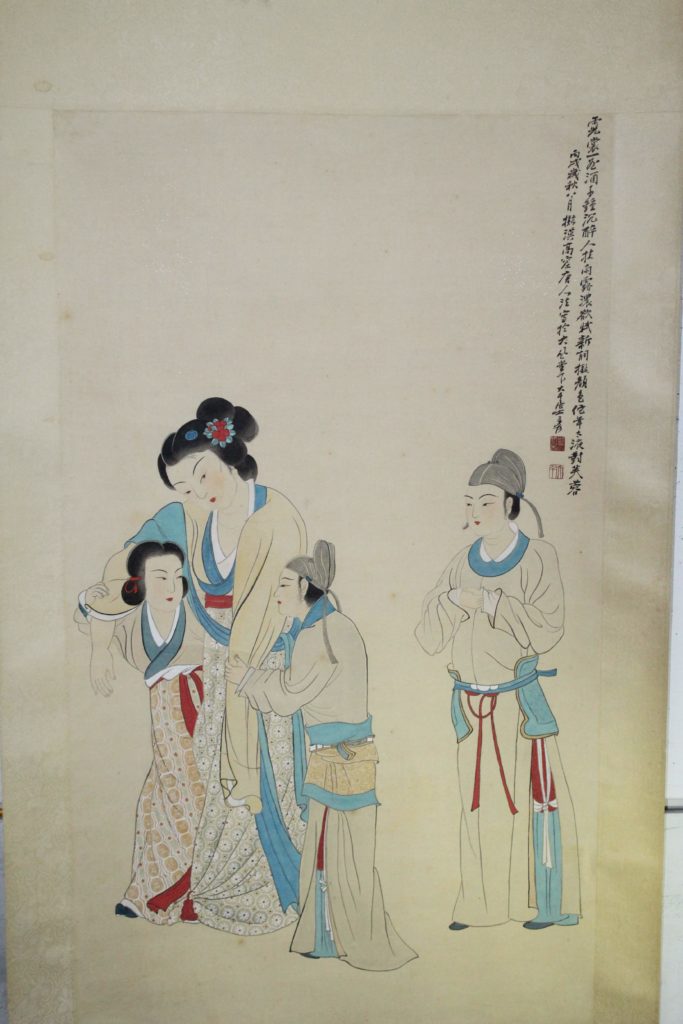 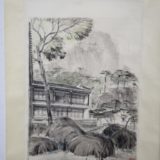 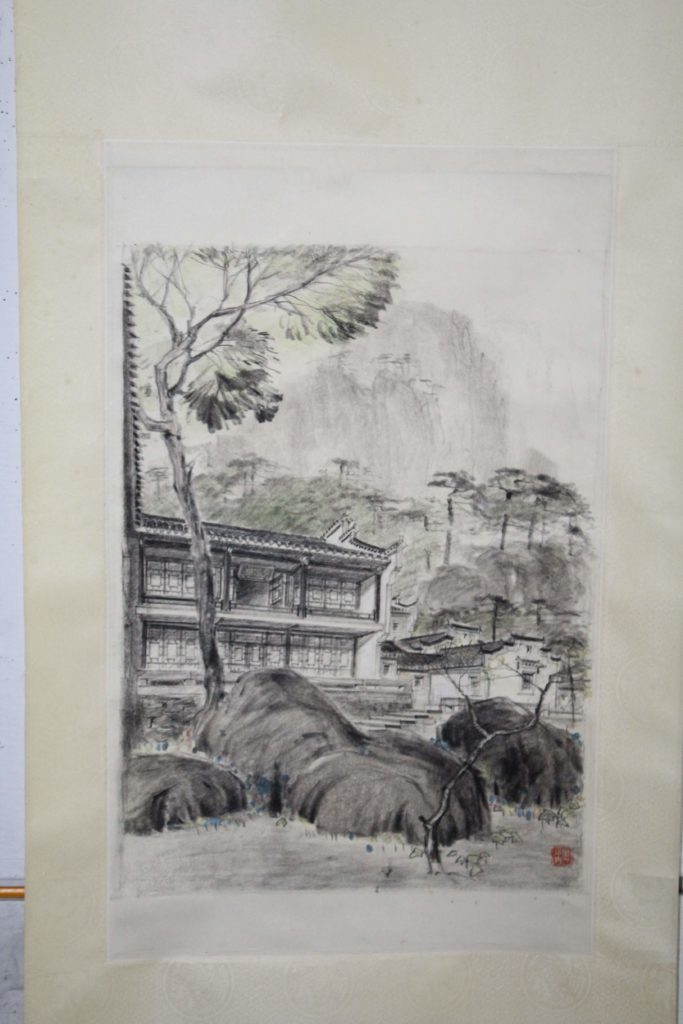 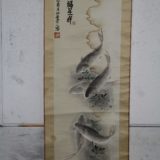 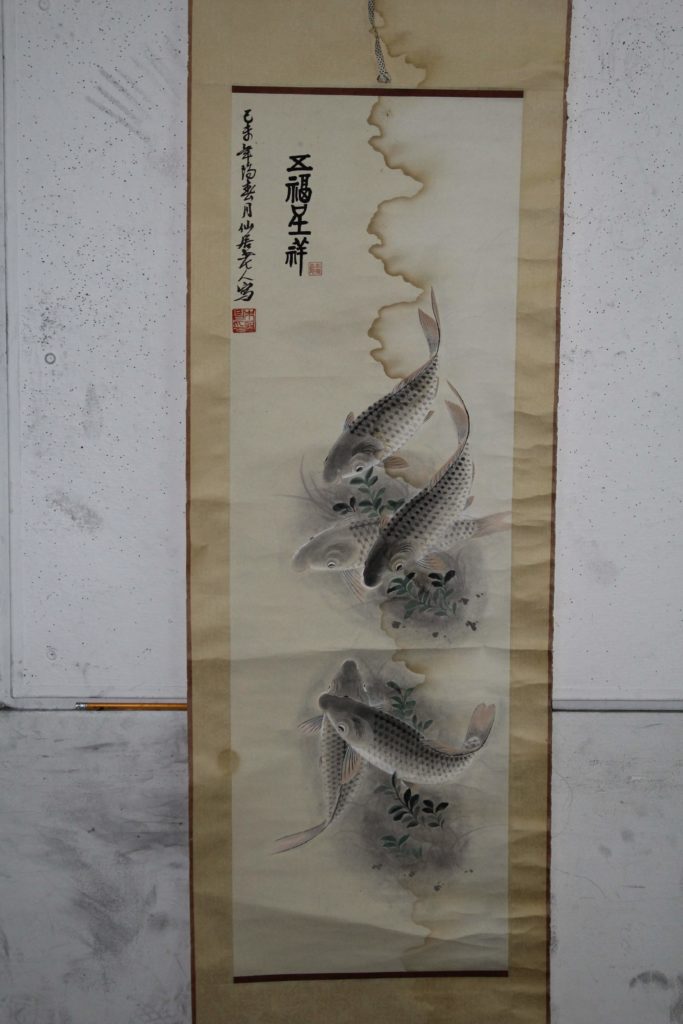 These three paintings are mounted on hanging scrolls. They dates to the 20th century and present three major genres of Chinese painting, namely figure, landscape, and flower-and-bird.

The first painting features a historical episode, depicting Yang Guifei楊貴妃, the favorite consort of Emperor Xuanzong 玄宗 of the Tang Dynasty (618-907 CE). The second painting uses light color and ink to represent architecture amid lanscape in the background and garden scene in the foreground. The last painting, which presents evident water damage, depicts five carp-fish 鯉魚 in a water pond. Inscriptions (五福呈祥) on the top left indicates the auspicious meaning of the five fish.

These scrolls are currently on-site in the office of Dr. Zhang at the Woldenberg Art Center.