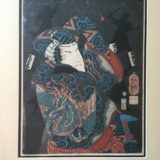 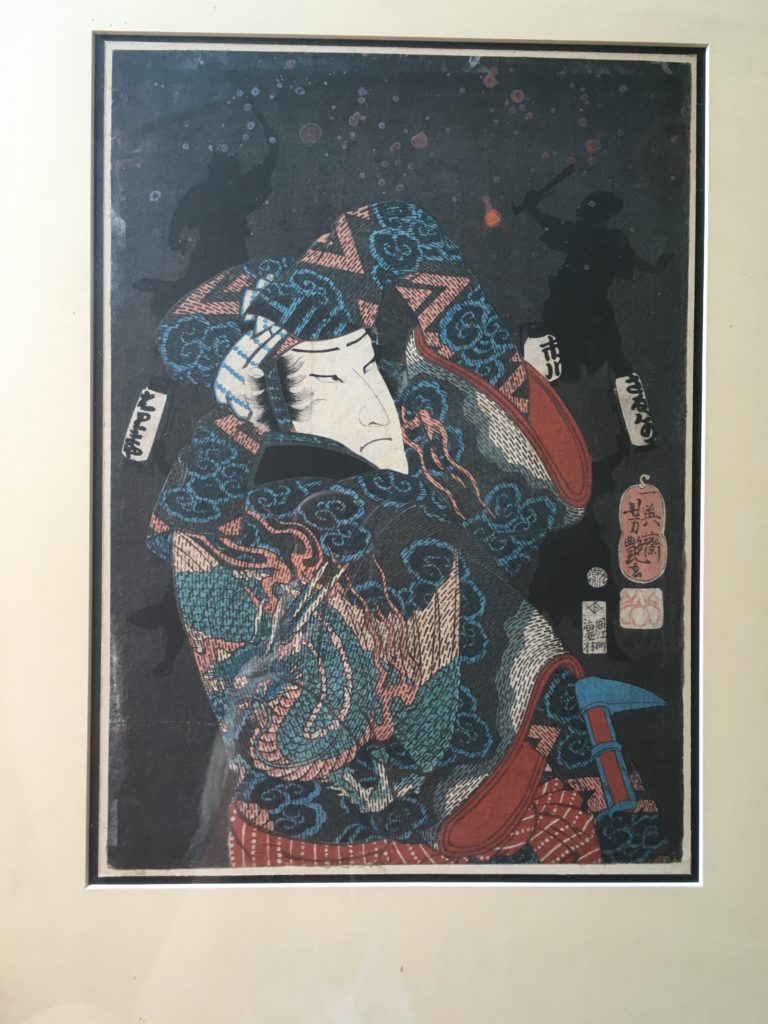 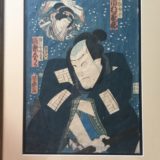 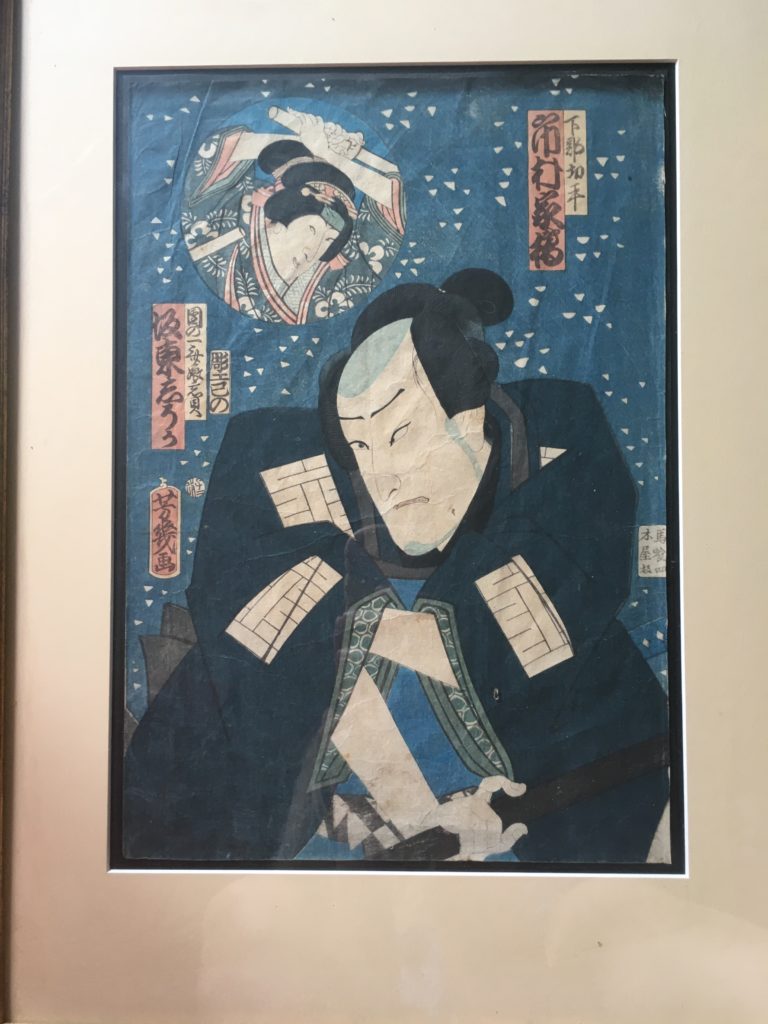 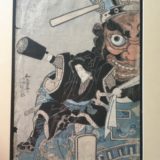 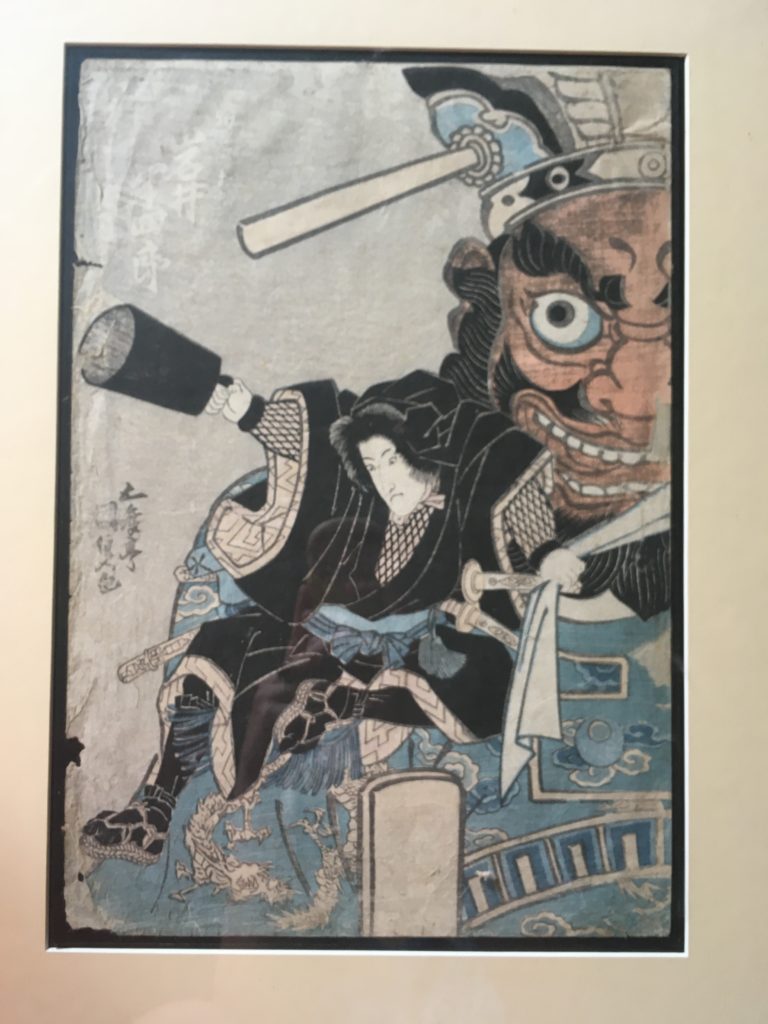 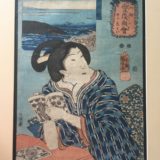 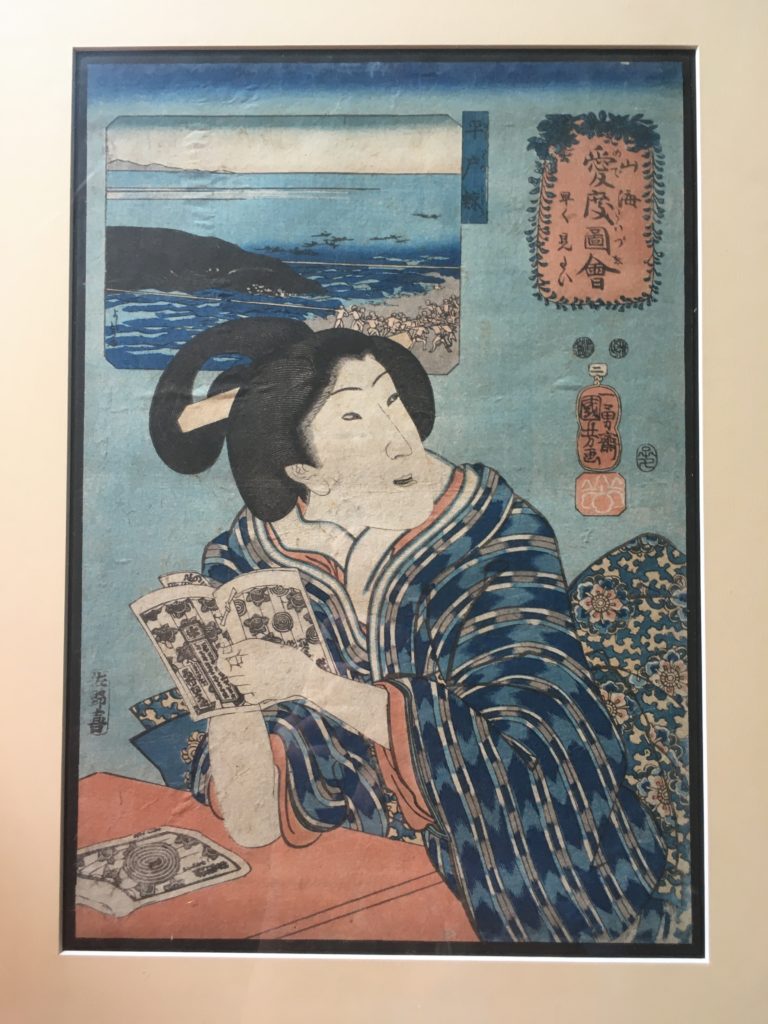 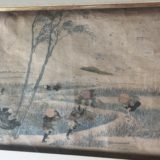 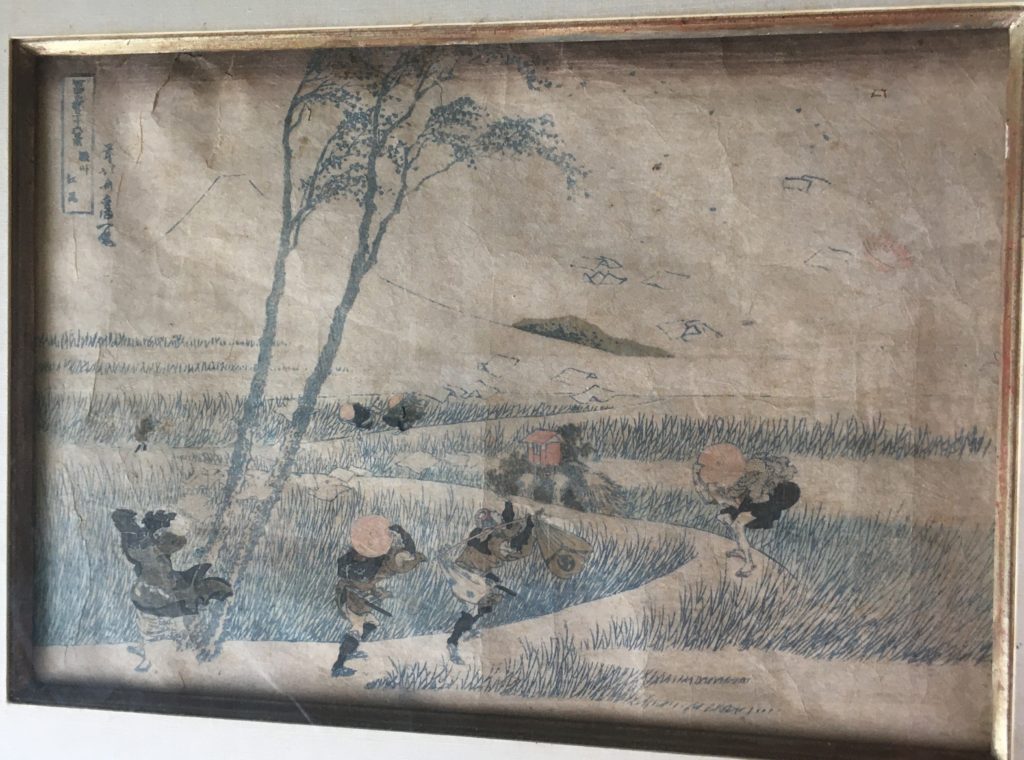 These undated four ukiyo-e prints were acquired by the artist Virginia Saward in the 1950’s; their texts have not been translated. Their themes range from warrior-images in various attitudes ranging from the simple to the theatrical, as in the case with the figure seen emerging from an oversize mask and robe. There are two composite scenes which juxtapose a central, larger image with a smaller vignette-image in the left hand corner; in these two paintings, the smaller image takes the form of another character (a woman) or a window to a landscape.

The fifth in this group presents certain unresolved questions; it is an apparent watercolor painting which takes as its model the Ejiri in Suruga Province, originally part of the Thirty-Six Views of Mount Fuji series of woodblock prints by Katsushika Hokusai (ca. 1830-32); three prints of this same work are presently in the Metropolitan Museum of Art (https://www.metmuseum.org/art/collection/search/55735). The modern frame has the date 1840 written on its back, which may indicate that this is a study realized in the painted, rather than blockprint, medium shortly after the execution of the original.