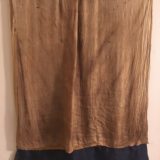 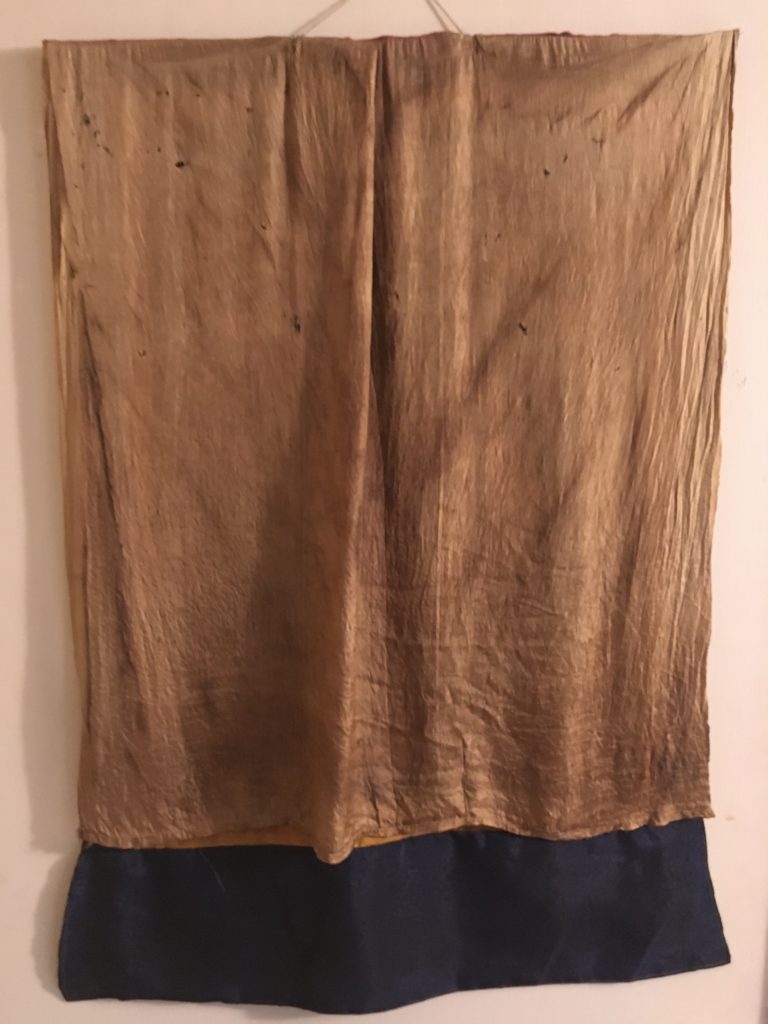 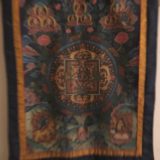 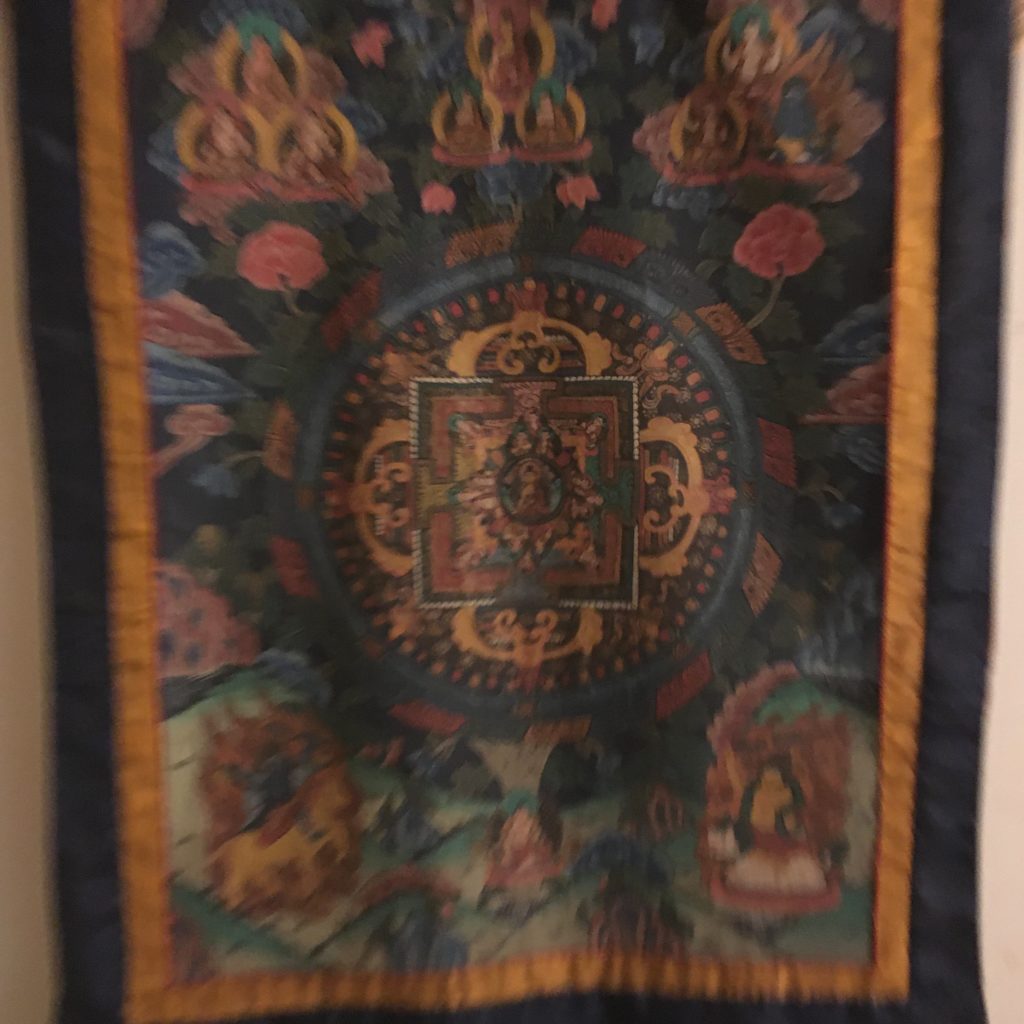 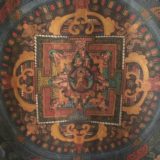 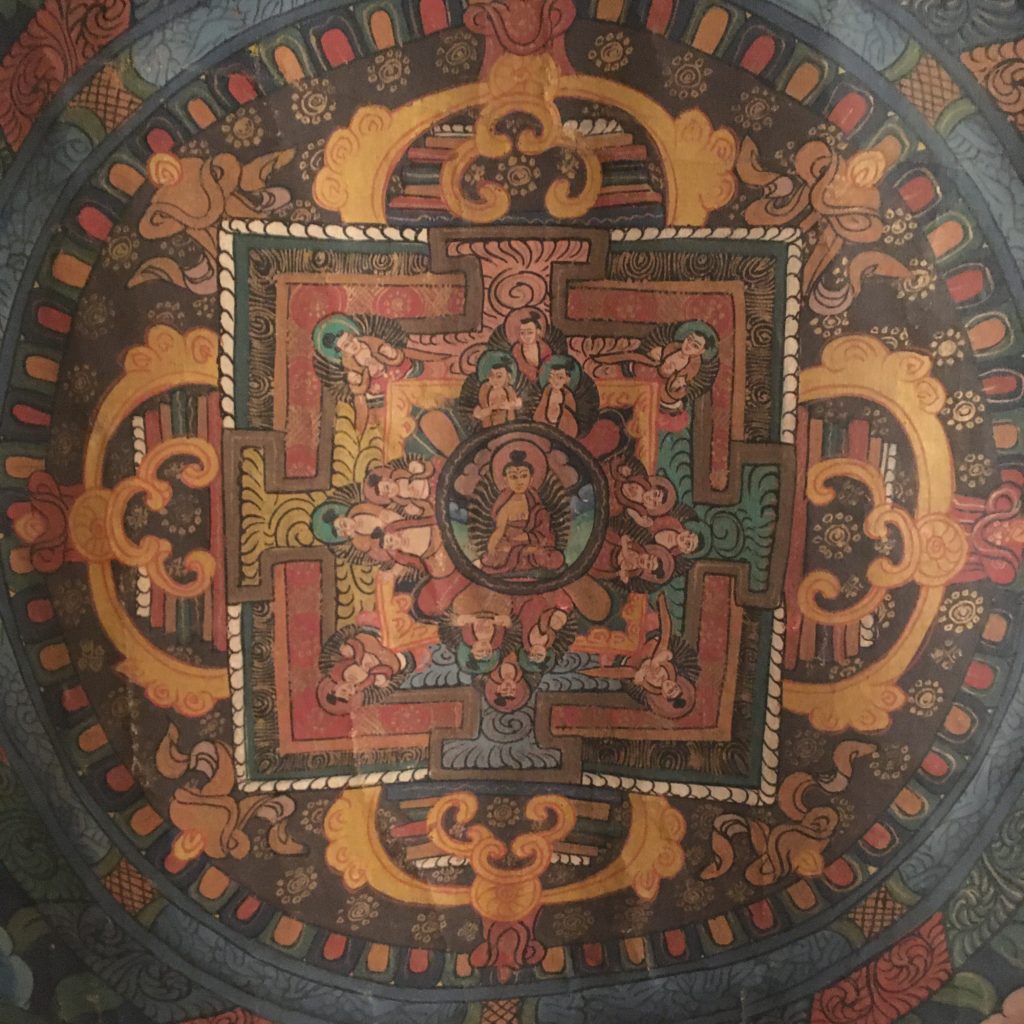 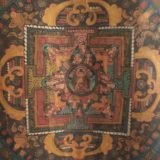 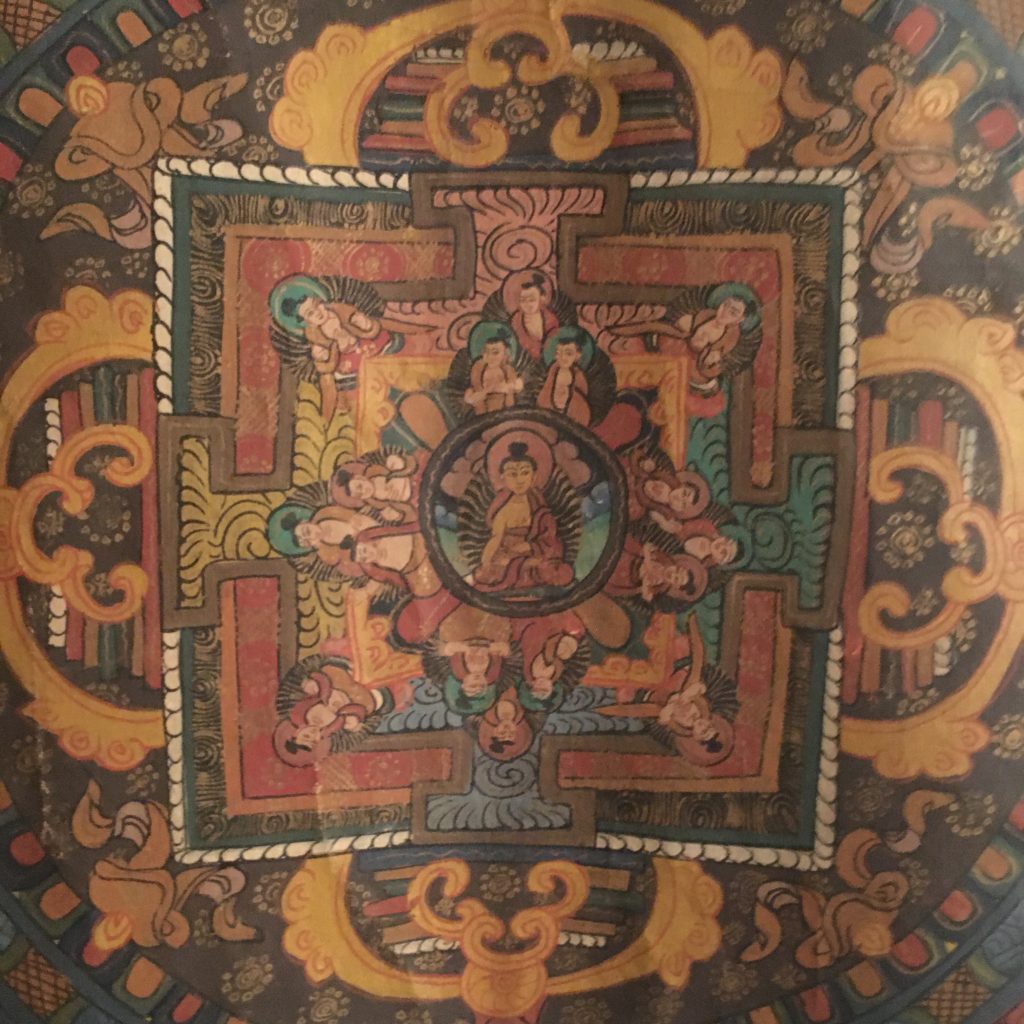 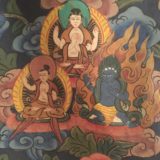 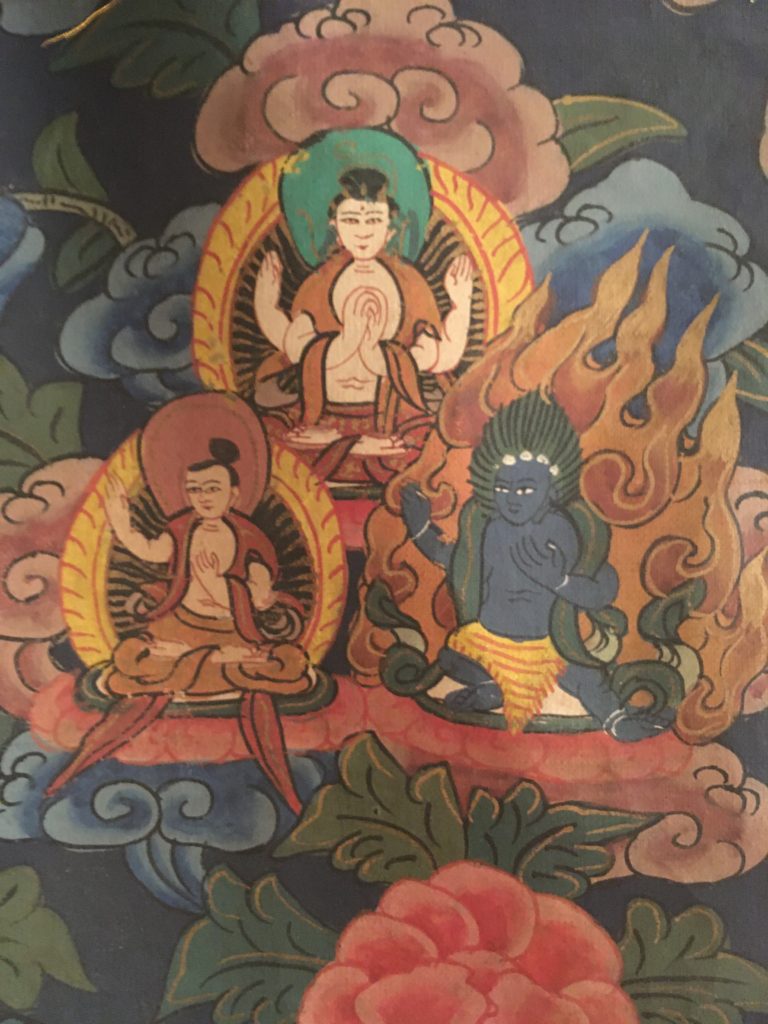 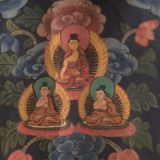 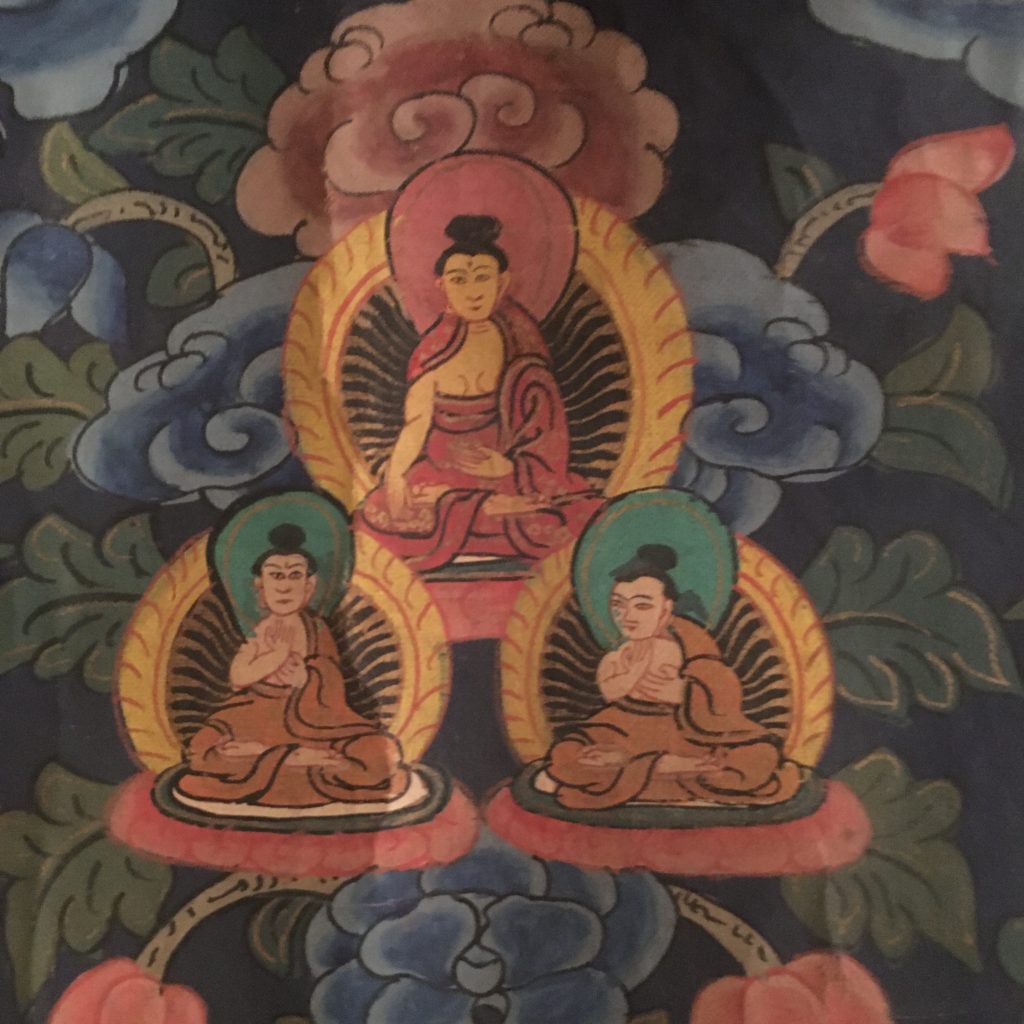 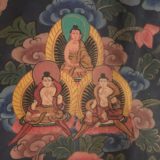 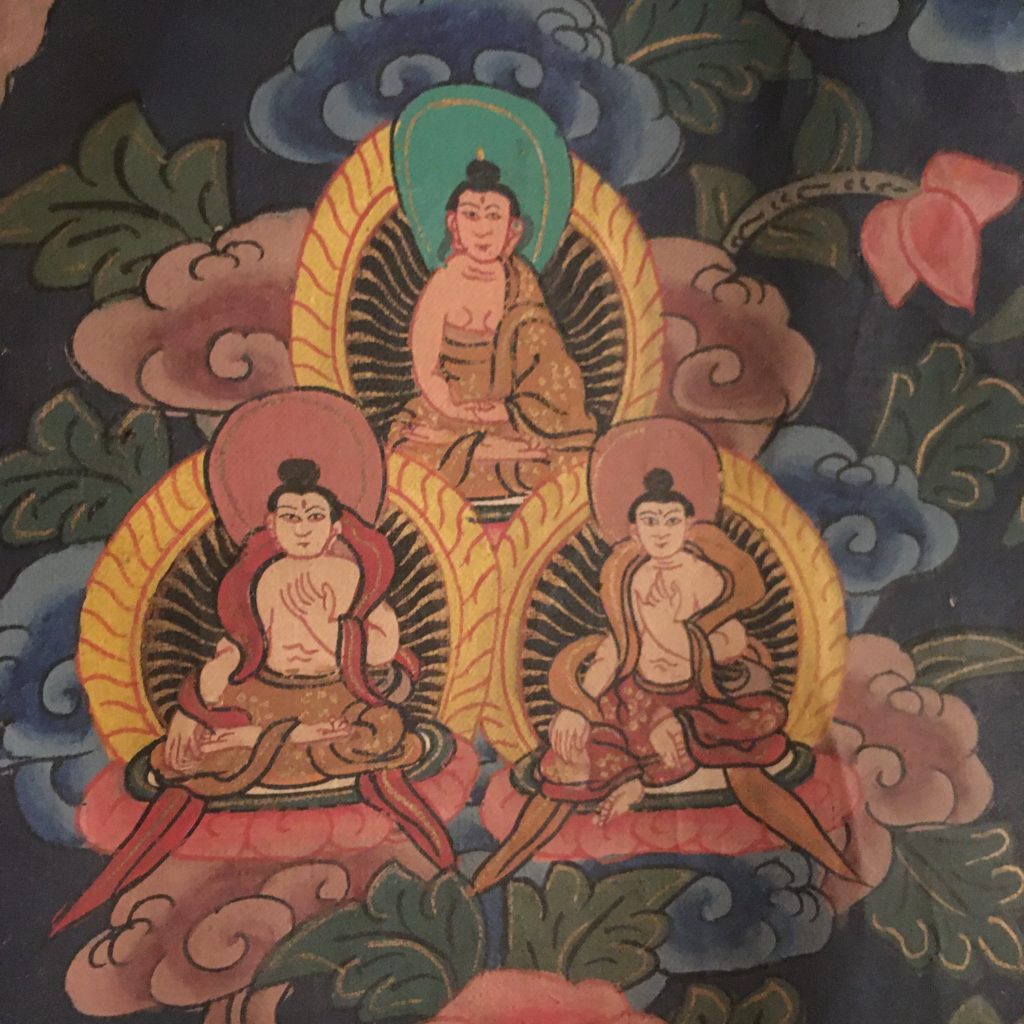 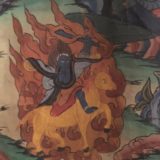 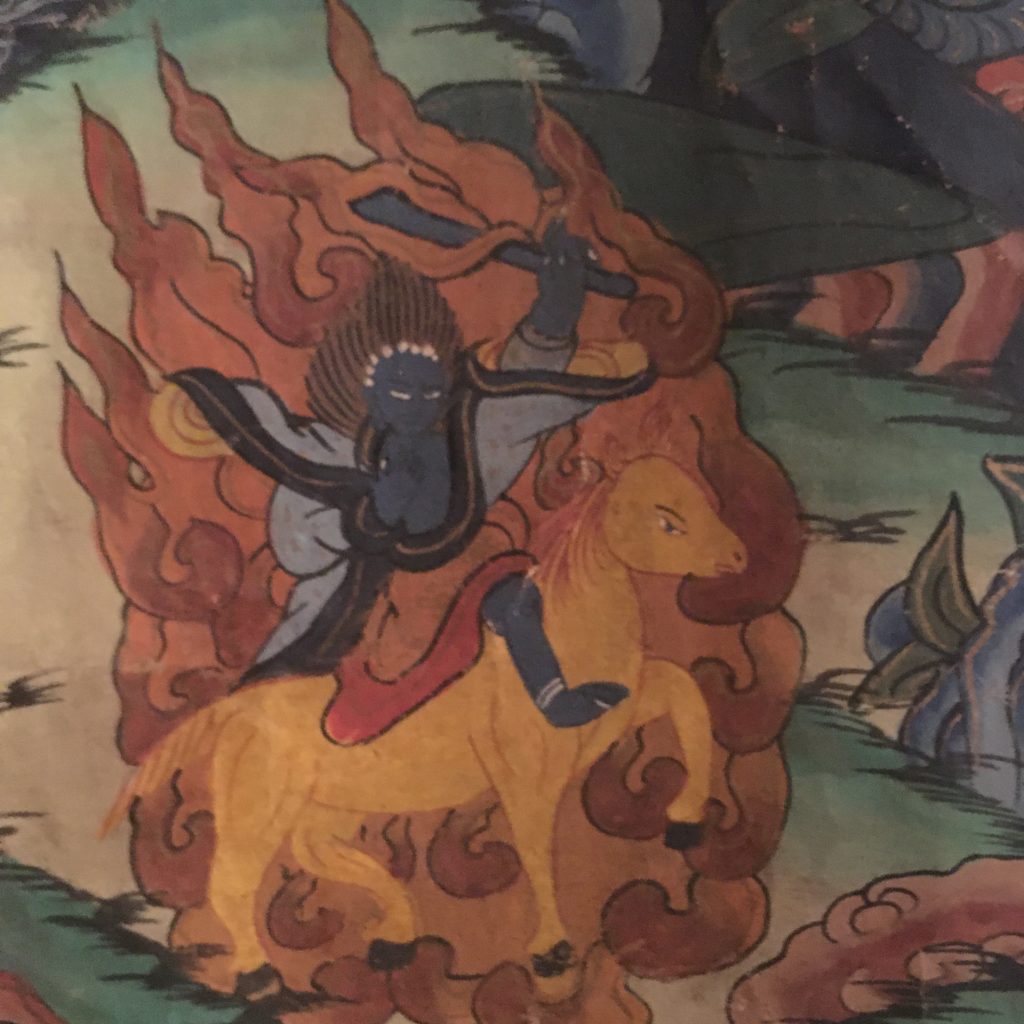 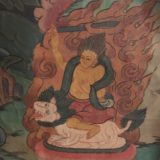 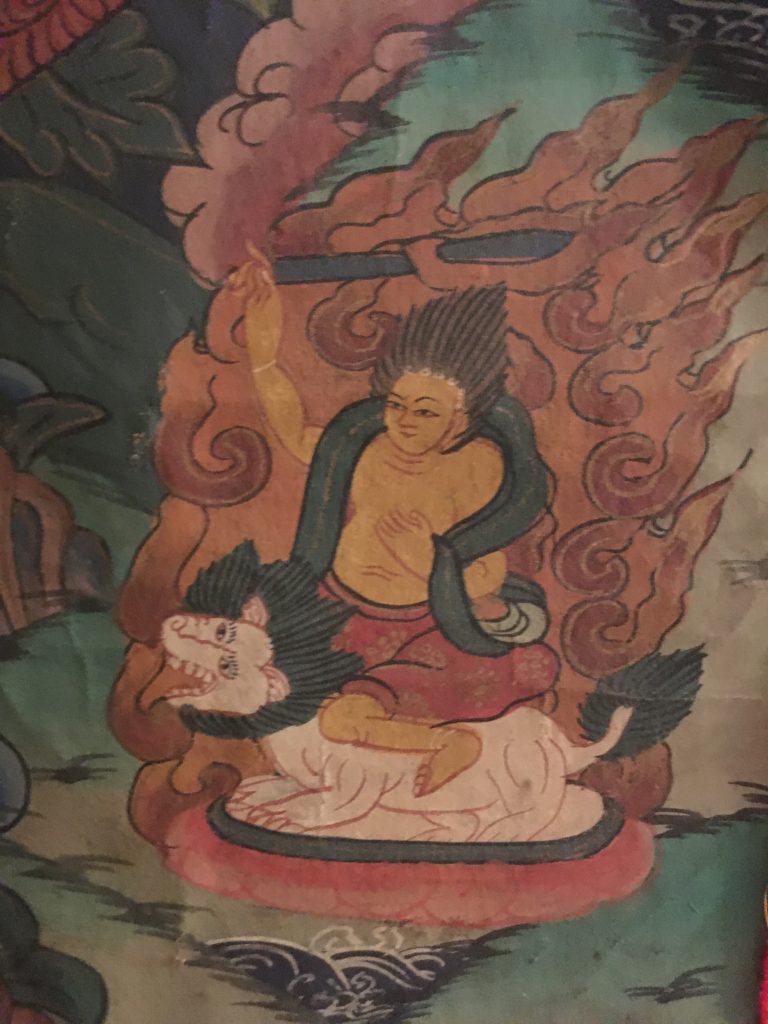 This piece was acquired by Dr. Susan Saward, former Professor of Art History at Newcomb College, around 1993 in New Orleans from a Tibetan refugee. Its dating is tentative and based on similarities with early painted Thangka compositions from the 18th and 19th centuries. It consists of a painted panel framed by a silk hanging and a silk cover-panel, thought to be silk shot with gold. The panel’s iconography is complex, with a central mandala composed of a multitude of Buddha-figures, framed by four dorje-thunderbolts. Around the border can be found different identities of the Buddha as well as figures from Tibetan Bon religion, including the iconic Snow Lion in the lower right corner.