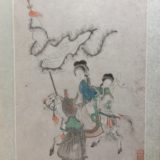 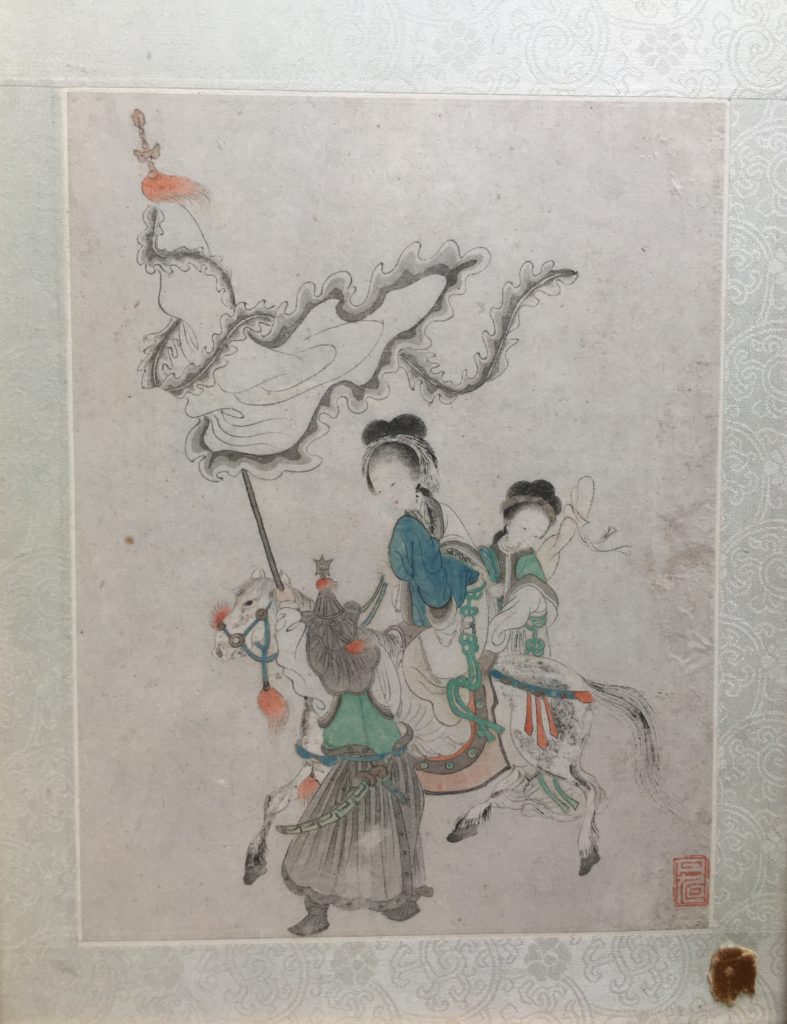 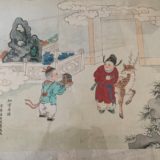 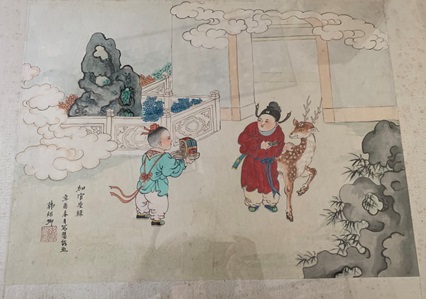 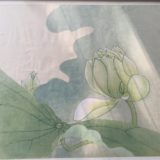 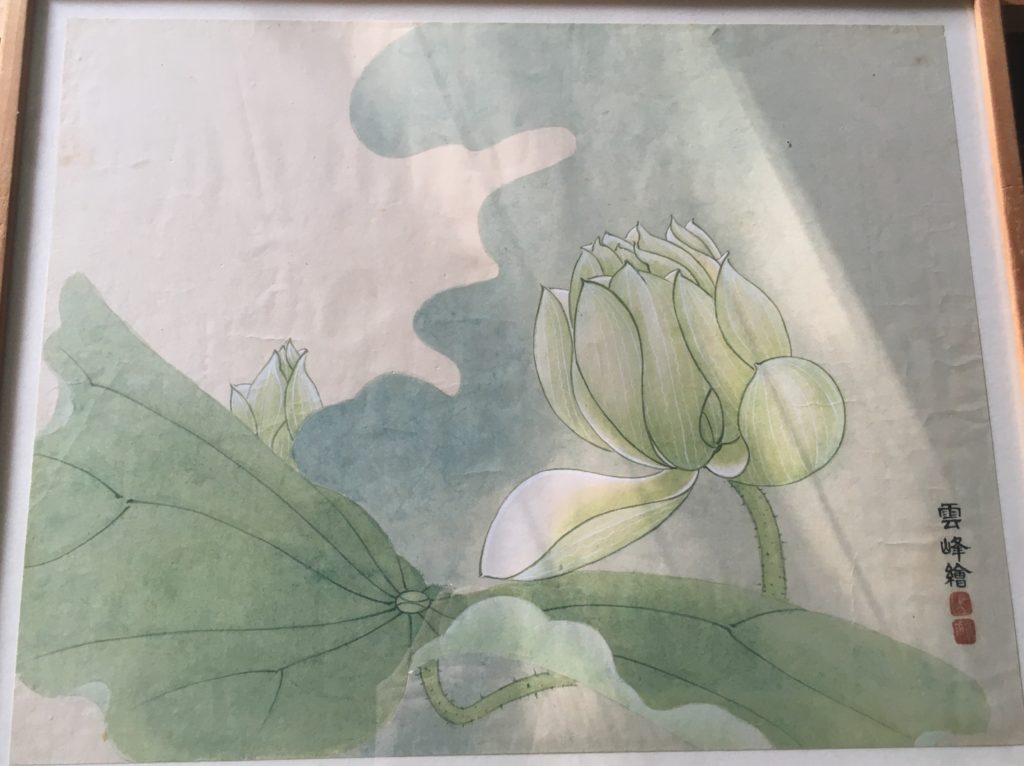 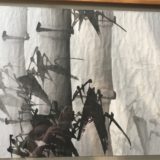 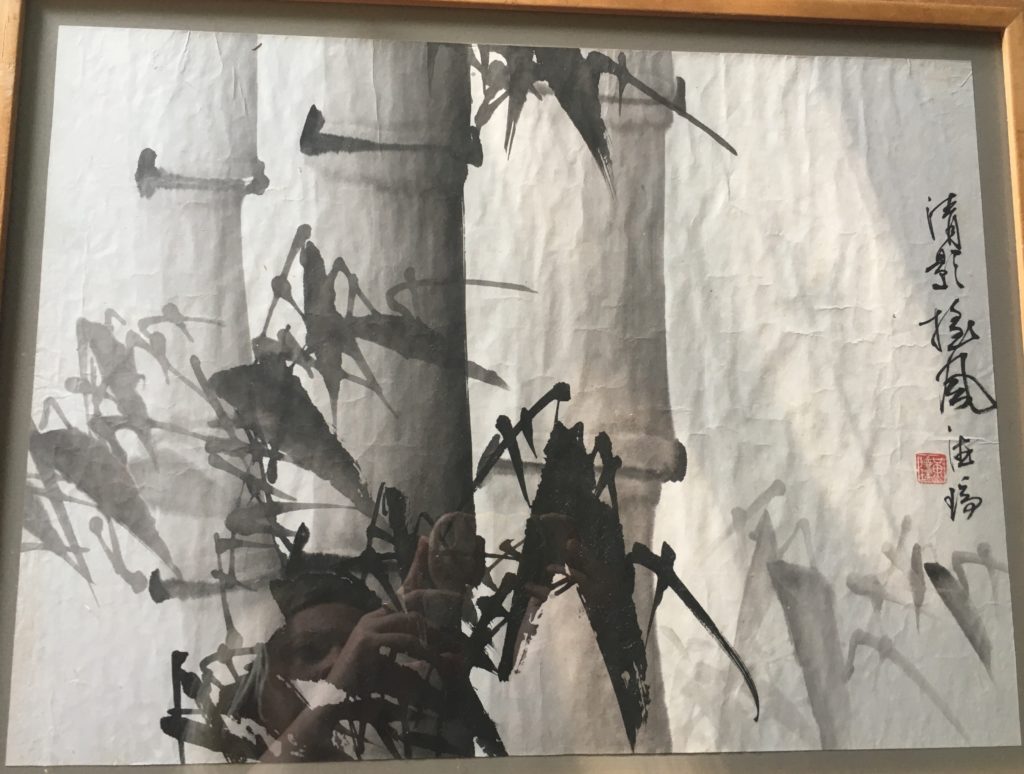 The smaller image of mounted, presumably aristocratic ladies with attendant and pennant bears the stamp and wax seal of its maker.

The larger image also bears the stamp of its maker, 韩绍卿, and it presents a complex scene: a boy presenting a hat to an official clothed in red and standing next to a deer. This composition is a subtle symbolic reading and window into Chinese language and culture; official promotions are marked by a higher “official hat”, which shows the new elevation in status. So, in this scenario, the child is handing the character his “official hat.” In Mandarin, 进禄 [receive] [salary] salary raise（禄) and deer（鹿）have the same pronunciation. In this painting, the deer is a visual stand-in for the linguistic raise in salary, and in Chinese culture, red symbolizes good fortune and joy.

The two watercolors depict natural subjects; one takes as its subject water lilies, while the other is a more abstract representation of possibly crickets on bamboo stalks. Neither text has been translated yet.