Mapping the Renaissance: Worldmaking in Europe from the 13th to 16th Century / Benedetto Bordone’s Isolario / 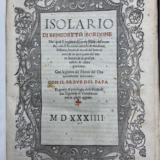 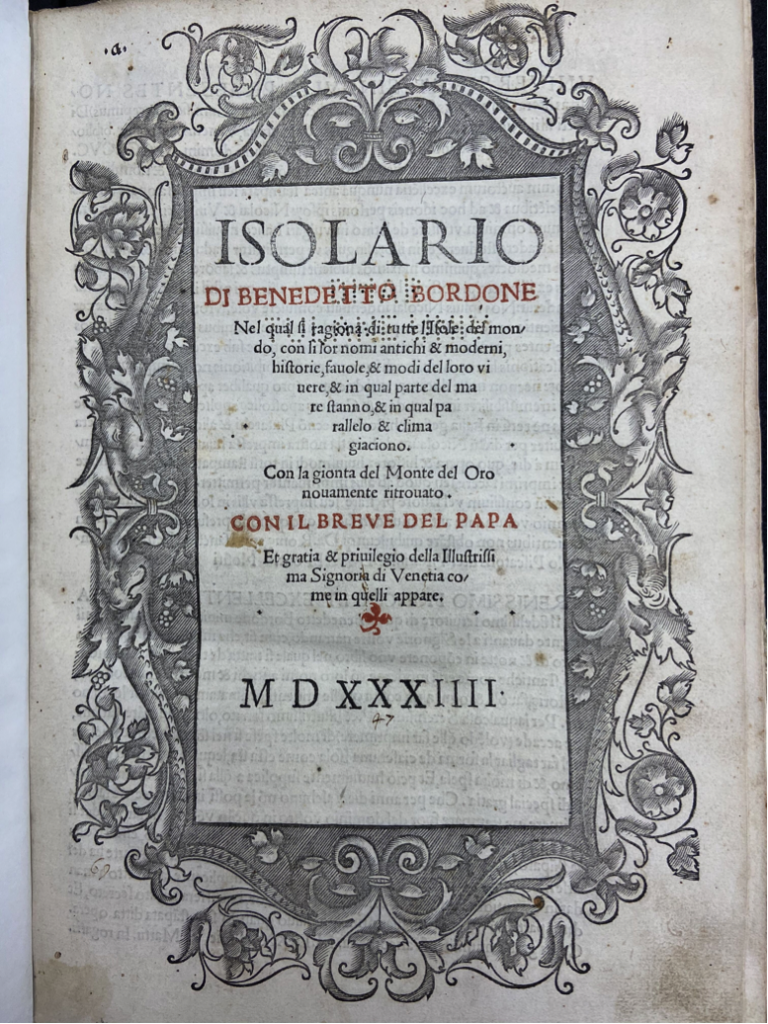 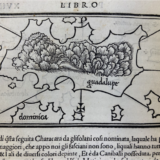 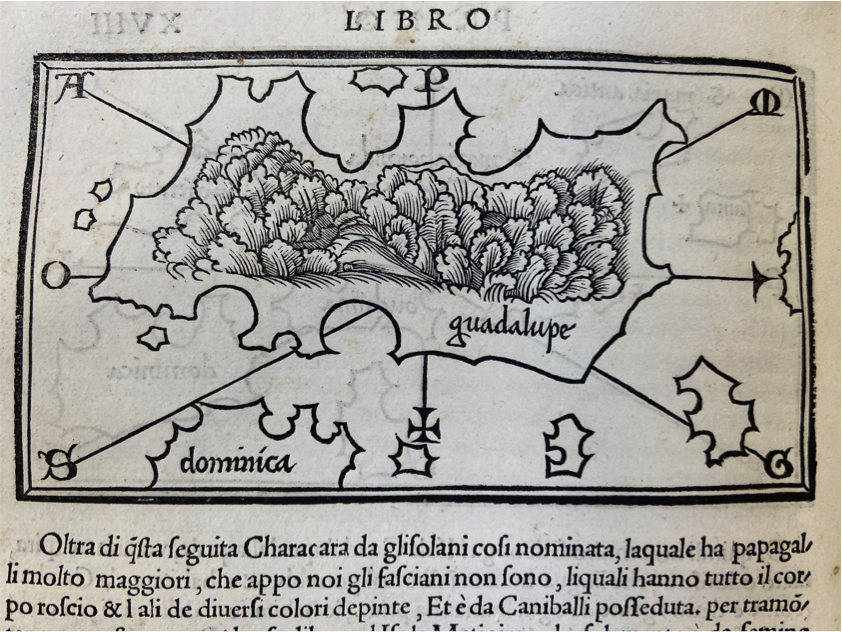 Benedetto Bordone was an Italian cartographer whose work focused on the cartographic genre of the Isolario: a common genre for 16th century Italy. By linking literature and geography, the genre drew upon depictions of maps made by cartographers who predated him, including Sonetti. The Isolario, or “Book of Islands”, was intended as a maritime guide for sailors. Although it was not intended to be used for on-site navigation, it was crucial for furthering education in cultural geography. It includes text descriptions of islands discovered in the New World, discussing their culture and resources. To the Western European mind, these newly discovered cultures were seen as easily conquerable. Those who were granted the ability to view the Isolario at the time were therefore given access to earliest visual and textual descriptions of the Americas, as well as insight into trans-Atlantic maritime navigation. The Isolario, created at a time of exploration overseas to expand trade networks for economic gain, depicts the New World discoveries as potential hubs for spreading Christianity and extracting natural resources. The first European depictions of islands in the New World were filtered and administered through a European mindset, and had the power to shape how Western Europe viewed the cultures in the lands they would conquer. Venice’s geographical location gave way to its powerful navy, extensive trading ports, and collection of knowledge from returning sailors.

Though printed in Venice for a local audience, this Isolario contains maps of islands far beyond the reach of the Venetian Republic. The text of the book is Venetian dialect, but anyone with a working knowledge of either Italian or Latin would have been able to understand a good portion of the image descriptions and labels, and the visual language employed by Bordorne in his maps would have been accessible to an international audience. Like much of Europe, armchair explorers in Venice were fascinated by the discoveries of the New World made by other early modern imperial powers. This Isolario contains two sections; the first focuses on the territories of Spain and Portugal, especially islands of the New World, while the second section describes Italian territories, including islands in the Mediterranean. Most of the pages contain historical information about the populations of the lands mapped in the accompanying half-page woodcuts, though a select few maps, including city maps of Tenochtitlan and Venice, take up entire pages of the Isolario. This map of Guadalupe is from the first portion of the Isolario. Unlike other maps in this book, the island of Guadalupe contains no buildings, religious or secular. Instead, Bordone uses the vegetation covering the island as a representation of Guadalupe’s uncivilized status. To the artist and his viewers, this land was fertile, uninhabited by westerners, and therefore could be identified by the natural resources it offered its conquerors. Though Venice held no territories in the New World, readers of Bordone’s Isolario, especially those in the Venetian Republic, were attracted to the economic and political potential these untamed spaces offered.

This book can be found in the Latin American Library.