Mapping the Renaissance: Worldmaking in Europe from the 13th to 16th Century / Mapmaking Tools / 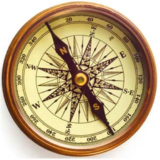 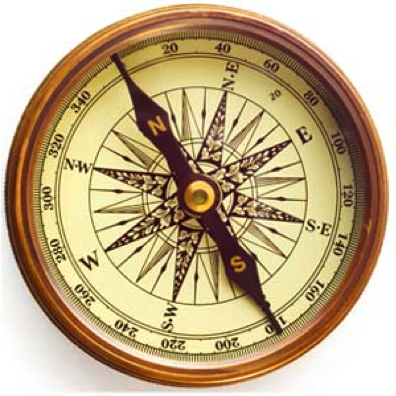 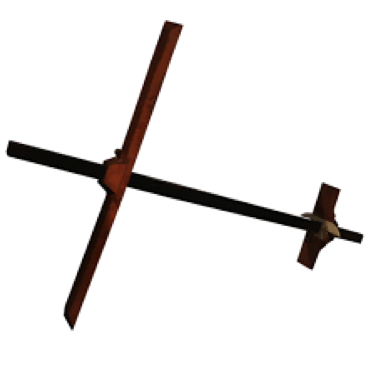 The cross staff was one of the earliest tools used for determining position. Originally developed by astronomers to measure the angular distance between stars in the sky, it was used by mariners as a means of estimating latitude before the advent of the sextant. The Staff features one long pole, with a shorter cross bar attached perpendicularly in a way that allowed it to slide along the length of the pole. Attached to the cross bar were a pair of slits that would allow astronomers to use simple trigonometry to calculate the distance between stars. At sea, the staff could be used to calculate the angular distance of the sun at noon above the horizon. By consulting charts that showed the angle of the earth at that time of year, navigators could make a reasonably accurate estimate of their latitude. The cross staff did not allow for the calculation of longitude, but latitude alone was sufficient enough to help navigate using portolan charts (early naval maps that used compass bearings to describe the path between many ports). Because the cross staff required looking directly at the celestial objects one sought to measure, it was not popular amongst navigators, who did not like having to look directly into the sun to calculate their position. To avoid this difficulty, the backstaff was developed, which operated using the same principle, but the light from the sun was instead aimed at a target, which could then be used to make the calculations. 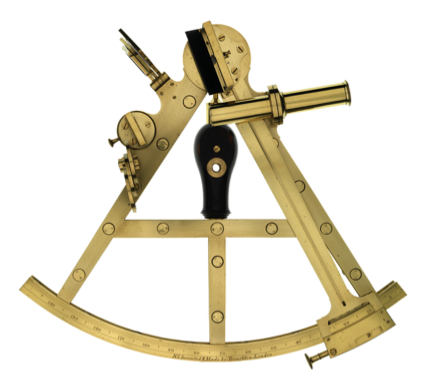 Perhaps the most significant development in nautical navigation, the sextant allowed for a much more accurate calculation of the angular distance between two objects. It allowed for mariners to more reliably calculate their latitude. A sextant consists of a triangular frame, the bottom of which is an arc measuring 60 degrees (hence the name “sextant”). The user looks through an eyepiece and a series of two mirrors reflect an image of the sun that can then be aligned with the horizon. The angle shown on the arc reflects the angle of the sun above the horizon, which could be used in conjunction with a clock and a nautical chart to calculate latitude. By holding the sextant horizontally, the angular distance between any two objects, not just the sun and the horizon could be gauged. Because of this development, nautical charts could be much more accurate, and navigators could reliably follow them. The sextant also came with the major advantage of not being restricted in use to a certain time of day. By day, navigators could use charts that corresponded to calculations based on the height of the sun above the horizon, and by night a different set of charts could be used relying on the distance of particular stars above the horizon. These options made navigation much easier, and allowed for mariners to correct their bearing more frequently to minimize the chance of drifting off course. The sextant is still used as a primary form of navigation today, and is considered essential for navigating anywhere where the coastline is not in view.

While Chinese mariners were using the magnetic compass as early as the fourth century, the earliest European description dates to the late twelfth century. Early designs consisted of a magnetized needle attached to a piece of straw, or later cork, and floated in a bowl of water. In the following centuries, the compass was modified so that the needle was attached to a circular card marked with the thirty-two wind points, and later enclosed in a gimbaled box with a glass lid.

In the sixteenth century, additional navigational issues of the compass came to light. One was variation, or the fact that the compass did not point exactly at true north. Makers compensated for this by adjusting the devices to read correctly in their exact location, but as the mariner traveled, their compass might be off by as much as half a point (roughly five degrees). Errors could also be caused by local magnetic interference, referred to as deviation, which became particularly noticeable in the seventeenth century due to the effects of nearby iron guns and gear. 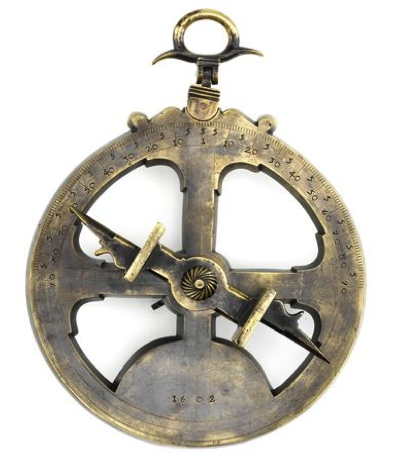 Appearing in the fifteenth century, mariner’s astrolabes were significantly simpler in design than their astronomical predecessors. Typically measuring about 20 centimeters in diameter, the astrolabe consists of a skeletal circular plate scaled in degrees around the edge, and a pivoting alidade, or sighting arm. Small holes on attachments to the alidade allow light to shine through. Held vertically from a ring at the top, astrolabes were weighted at the bottom to be self-leveling. They were most useful for solar observations, particularly when the sun was high in the sky, for which one would align the alidade with the sun’s rays and read its angle from the side, saving their eyes from looking directly at the sun. The weight and cut out plate minimize wind resistance, but having to suspend it from above made the astrolabe somewhat cumbersome to use. 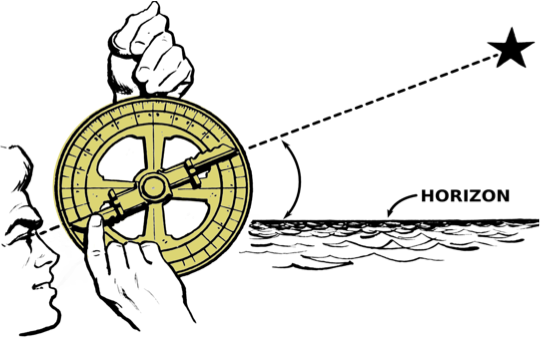