Mapping the Renaissance: Worldmaking in Europe from the 13th to 16th Century / Hereford Mappa Mundi / 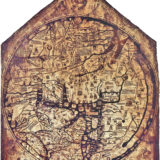 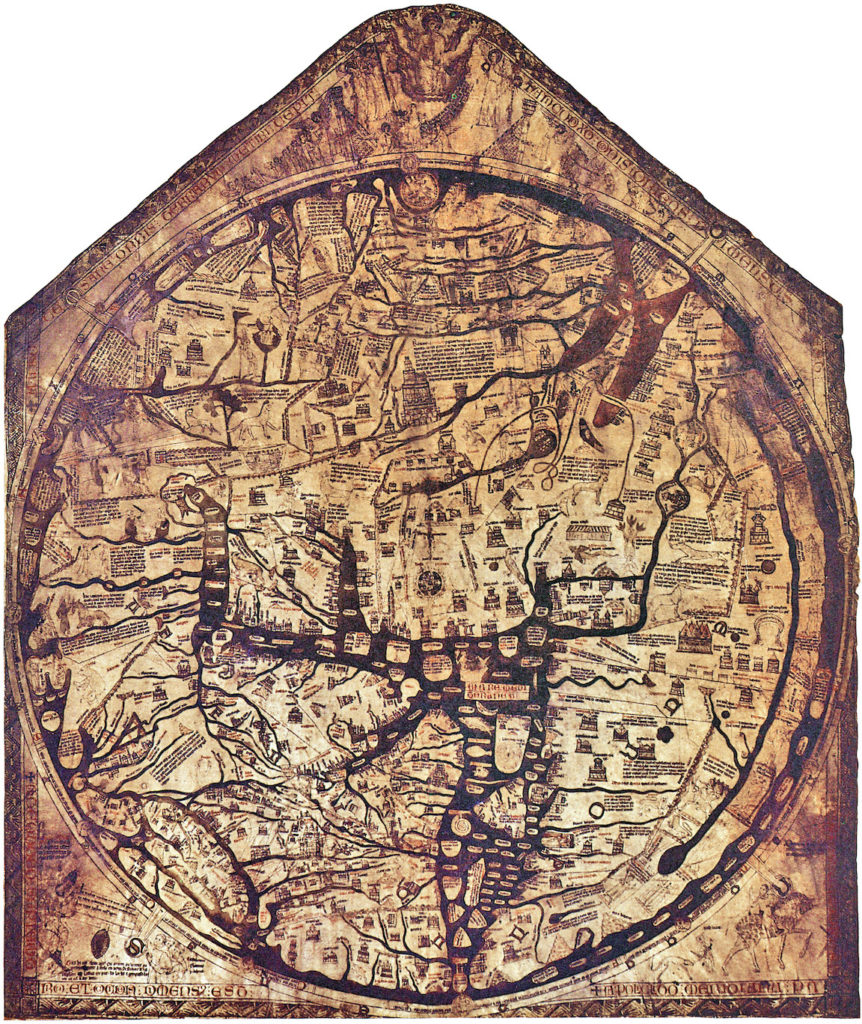 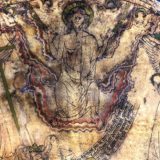 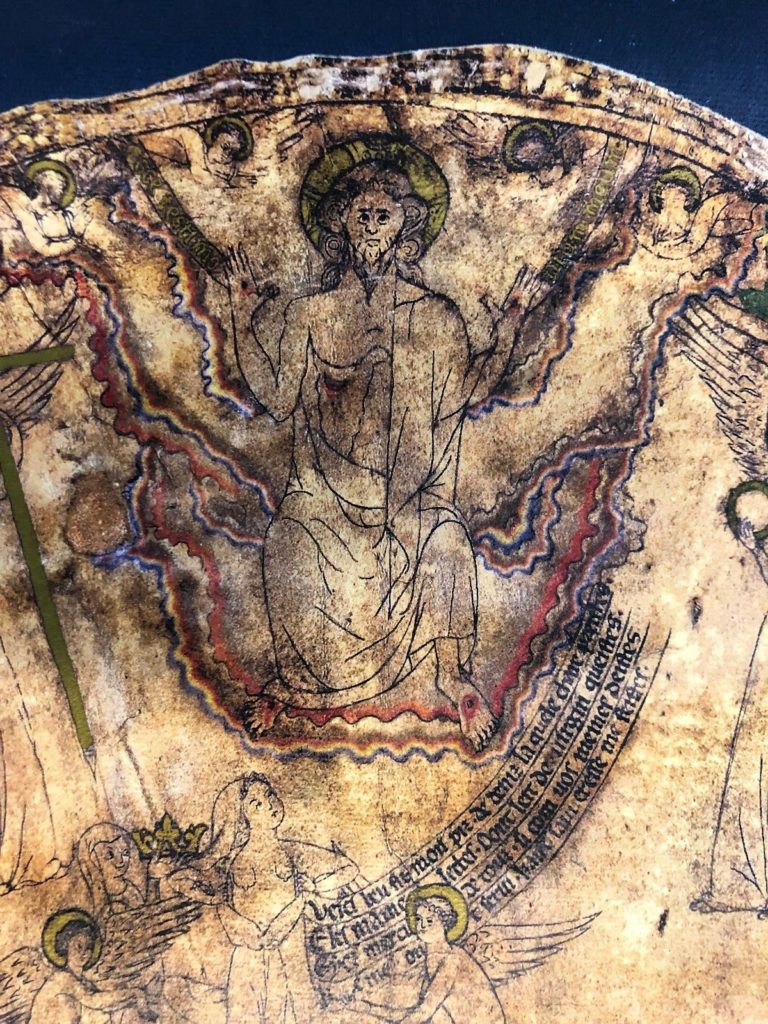 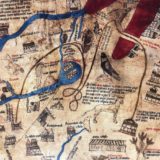 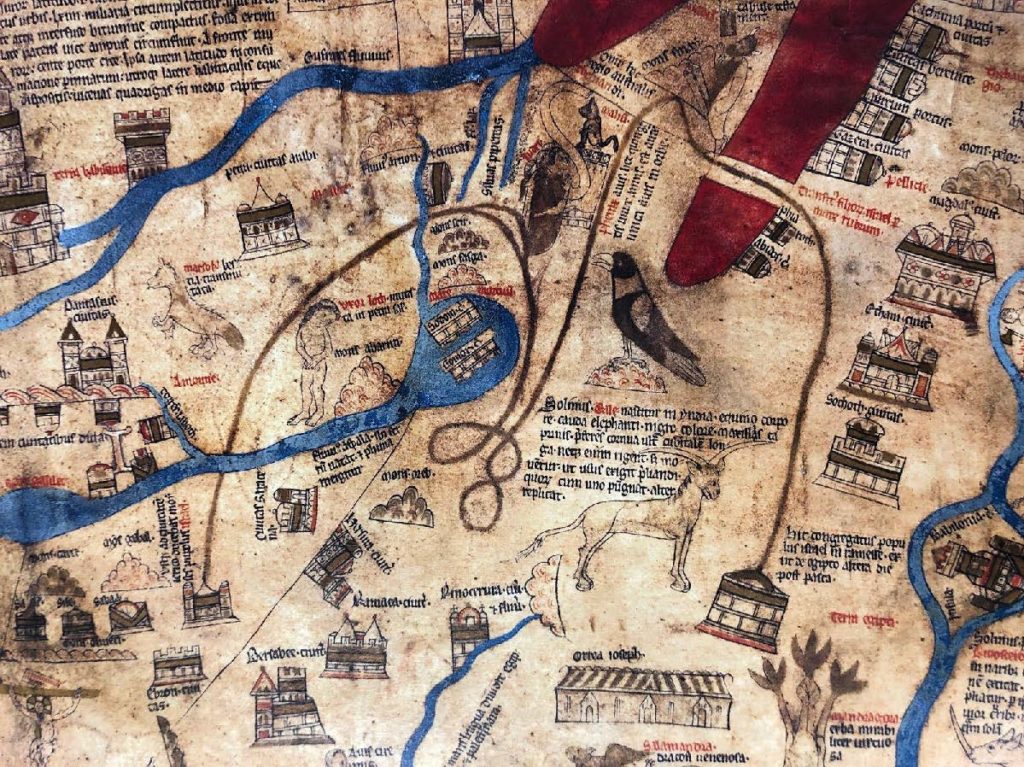 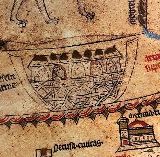 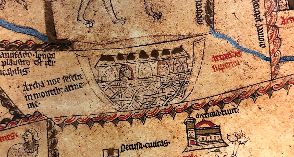 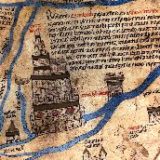 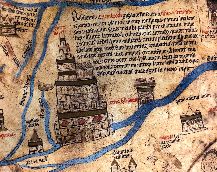 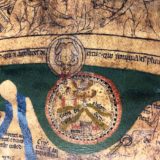 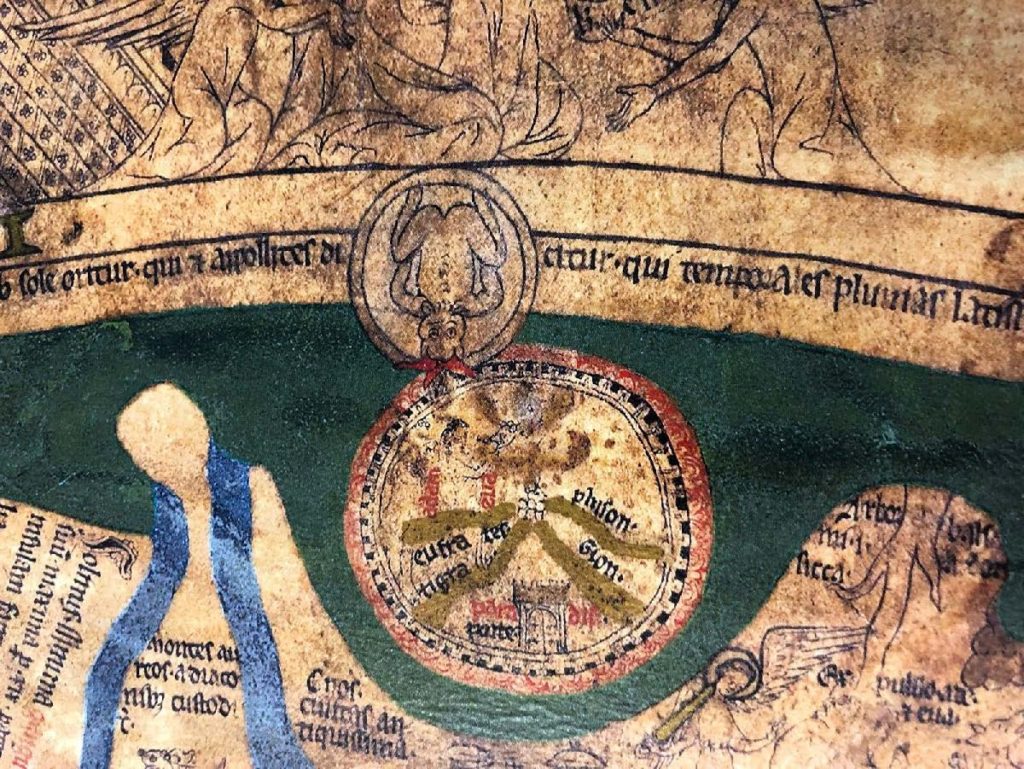 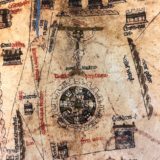 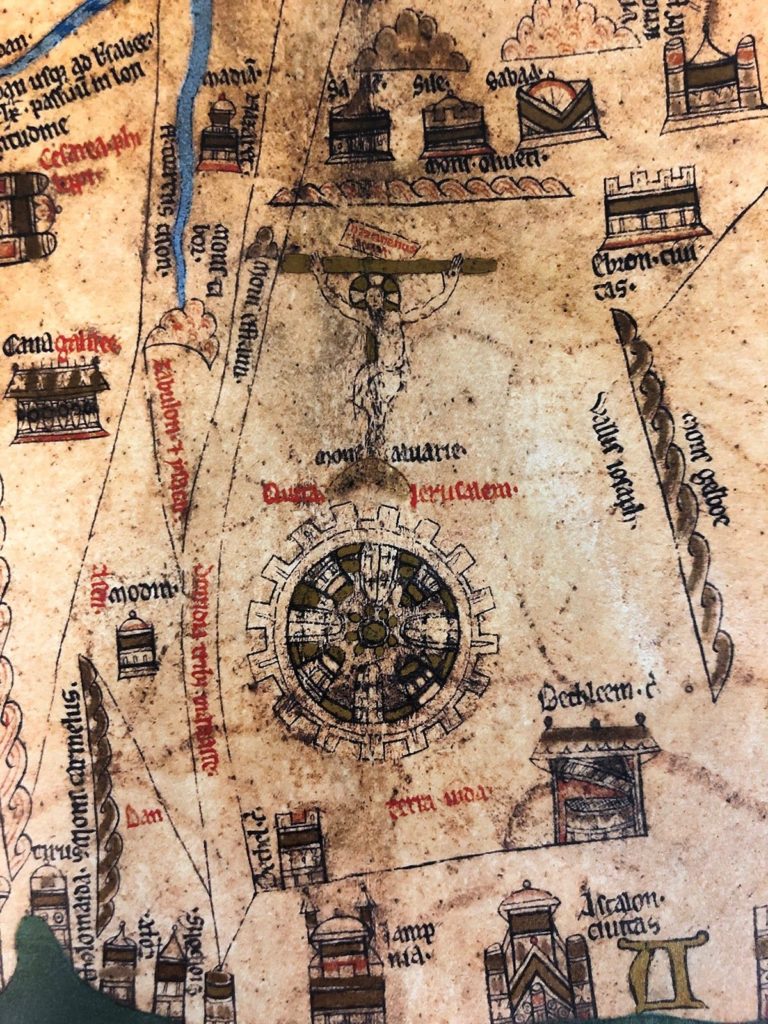 Click on the links on the left to see a full image of the Hereford Mappa Mundi and read descriptions of specific sections of the map.

The Hereford Mappa Mundi is a map of the known world in 1300 and is especially interesting because the landforms represented on the map surround Jerusalem at its center. The word mappaemundi is a general term for a world map. In the Hereford map, the world is depicted symbolically through a Christian lens, rather than on a geographical grid. The map is covered in well-known biblical narratives that European Christians associated with the world around them. In mapping the world in this way, God’s creations and the extent of Christian influence are also mapped, showing the entirety of the world historically and biblically on a physical plane.

Dated around 1300 CE, this map was made directly following the crusades, a series of wars between Christians and Muslims for control of Jerusalem. Ultimately, Jerusalem continued under Islamic rule. The significance of the holy land at the center further marks this map as a representation of the world outside of territorial reality, since the center of the Christian world was still inaccessible and uncontrolled. The history depicted on this map exists outside of a set time period as a display of the fundamental truths of Christianity, with Jerusalem as a spiritual center.

The original Hereford Mappa Mundi currently resides in Hereford, London and is a testament to the prevailing Christian ideologies of the medieval European world. It was believed that the stories in scripture reference real-world geographical locations, along with instructions for a spiritually moral life. The viewing and absorbing of God’s constructed world through the Hereford map would have been a humbling religious experience, materializing the works of scripture.

A facsimile of the Hereford Mappa Mundi can be found at Tulane University Special Collections Rare Book collection.