Liber Chronicarum, or the Nuremberg Chronicle

Mapping the Renaissance: Worldmaking in Europe from the 13th to 16th Century / Liber Chronicarum, or the Nuremberg Chronicle / 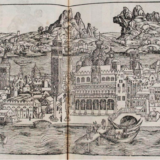 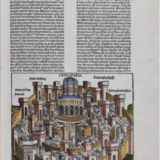 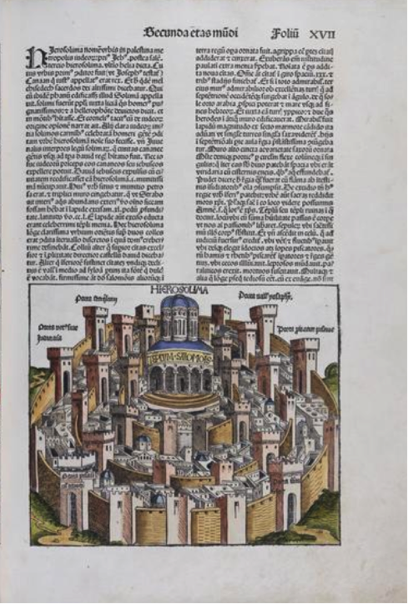 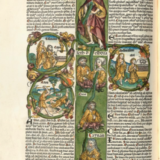 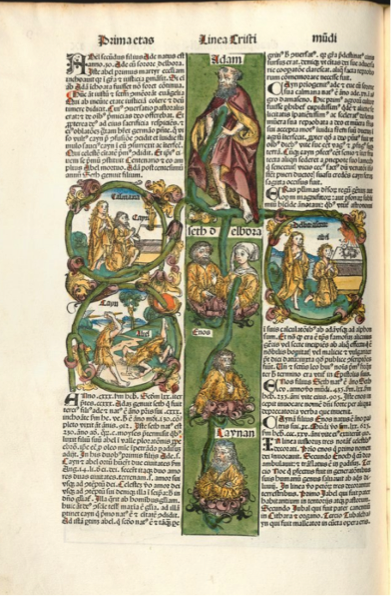 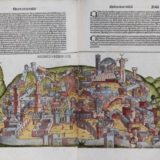 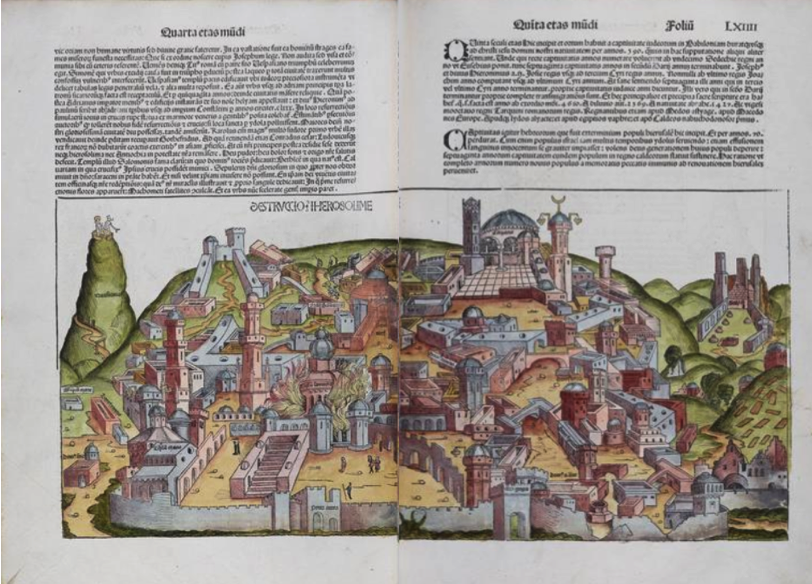 The Nuremberg Chronicle is revered as one of the most important German incunabula, an early printed book. Printed in 1493 by a prominent Nuremberg-based publisher Anton Koberger (1440/1445-1513) after being written by doctor, humanist, and bibliophile Hartmann Schedel (1440-1514) and illustrated by Michael Wolgemut (1434-1519), this book serves as a testament to Renaissance interests of topographical, religious, political, and social considerations. This book combines geography, narrative, and culture through an eleven-part account of contemporary and historical events, using paraphrased biblical stories to enlighten its reader.

The Chronicle is organized through seven “ages” of Biblical and world history from the creation to the present day to the Last Judgment. The Chronicle is not only an accomplished illustration of history, but also a testament to the modern technology of the time, as it was produced by the use of the printing press. The printing of the work was a major endeavor; the Chronicle consisted of 1,809 woodcuts in addition to the vast amount of typeset text. The printing press allowed for the mass production of the work with modern scholars estimating that roughly 1,500 Latin copies and 1,000 German copies were created.