Against the Papacy Founded by the Devil

Martin Luther and the Reformation: the 500th Anniversary / Against the Papacy Founded by the Devil / 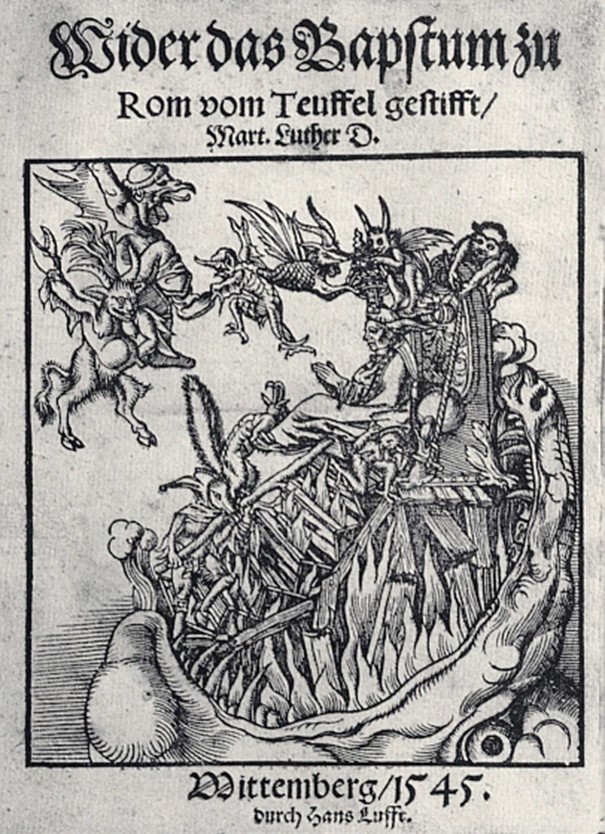 In addition to Luther’s Ninety-Five Theses, he also produced many theological and political works. One such work is the pamphlet Against the Papacy Founded by the Devil.

The work’s title page shows the pope sitting at the gates of hell surrounded by demons. This work of literature was Luther’s last major work prior to his death and among Luther’s most violent condemnations of the Catholic church. In this pamphlet Luther writes that the Pope is the Devil’s child who seeks to destroy the church through papal lies and Turkish attack. From his perspective, the Catholic Church was an evil with which one could compromise.