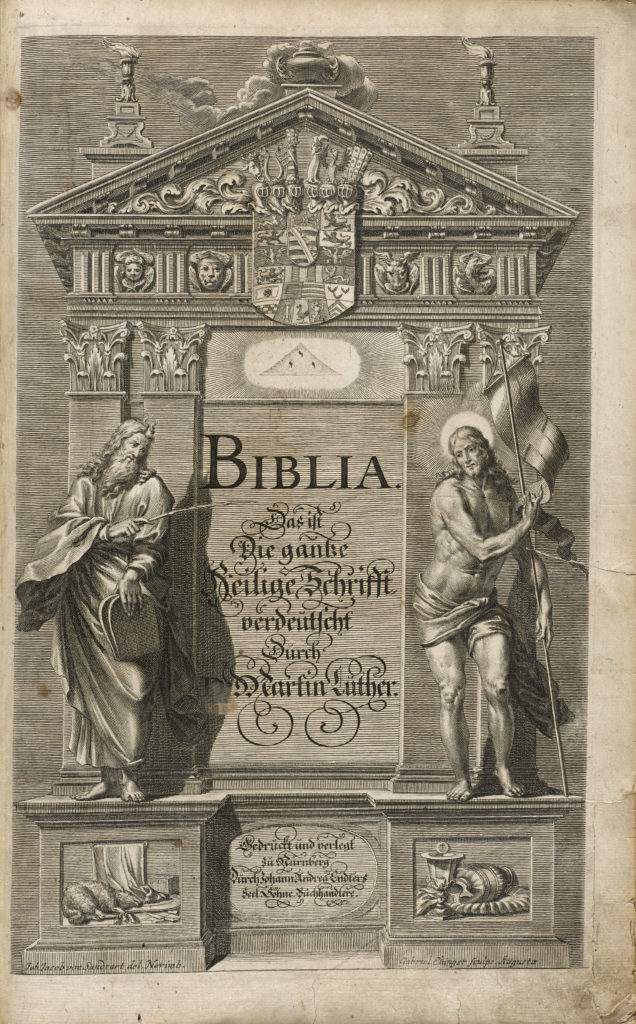 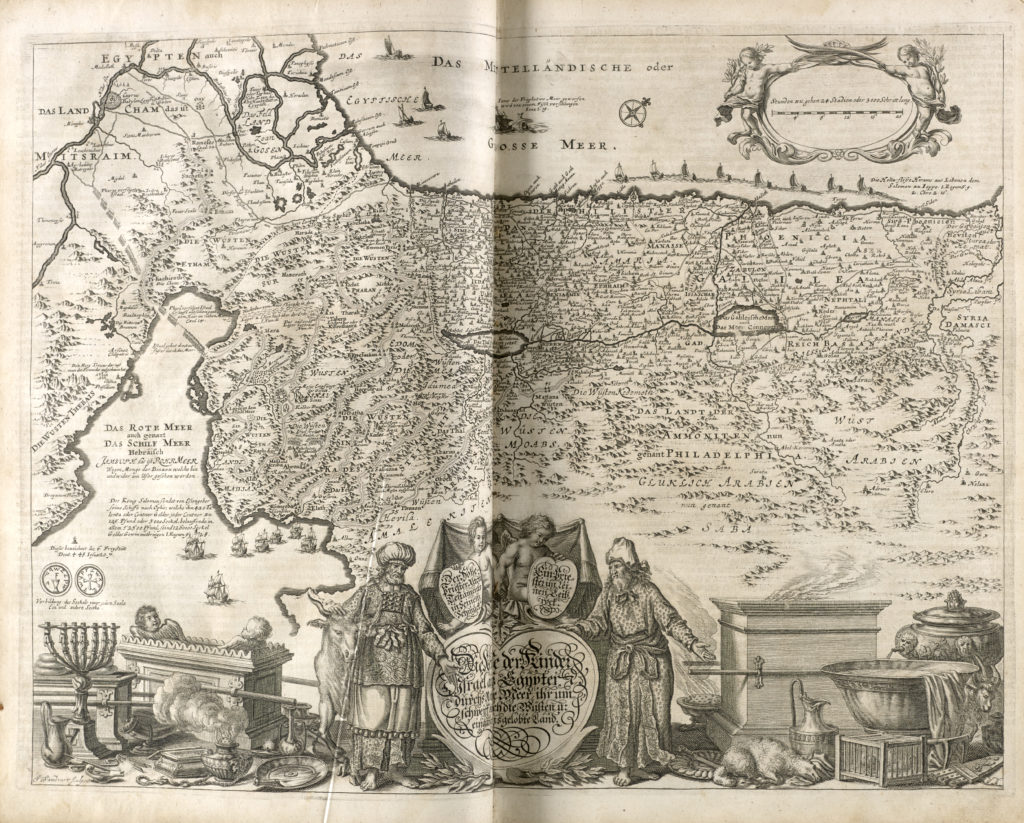 While Martin Luther was not the first person to translate the Bible into German, he modified the translation to fit his doctrine. His translation became the most influential German version and was widely disseminated throughout the Holy Roman Empire.

These images are from a 17th-century German Lutheran Bible that contains both the Old and New Testaments as well as the Lutheran profession of faith known as the Augsburg Confession. It also includes several engravings by Johann Christian Claussner: the engraved frontispiece, which shows the figures of Moses on the left and Jesus on the right; 12 full-page engraved portraits, including one of Martin Luther himself; and a detailed map of the Holy Land shown here.