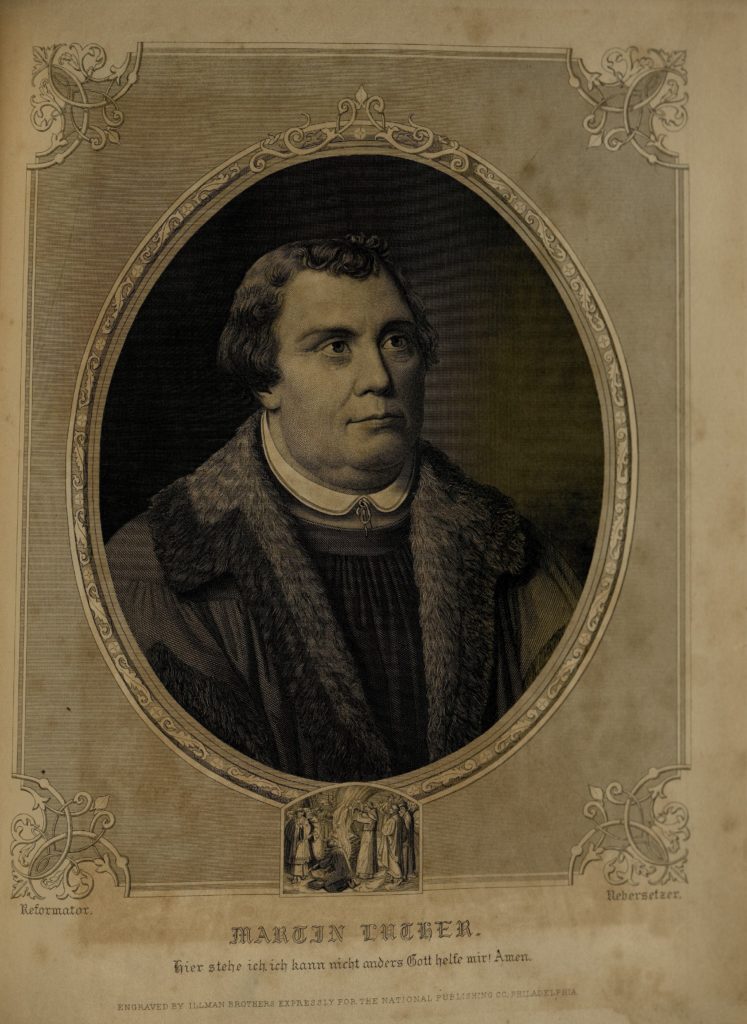 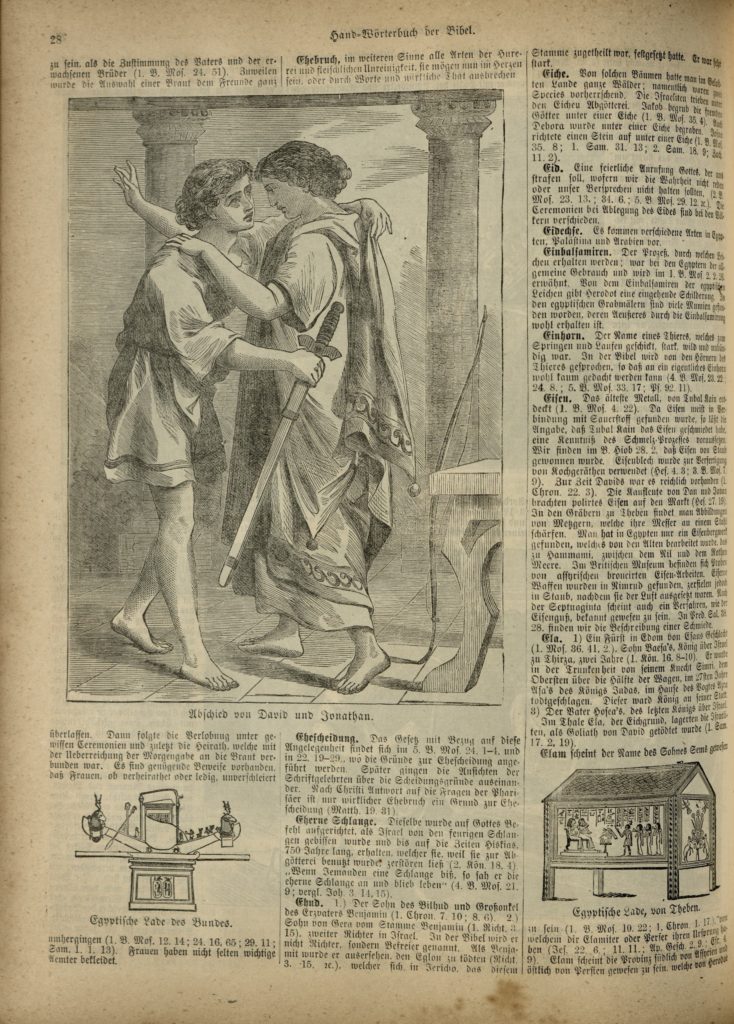 The publishing company for this Luther-translated Bible had locations in New Orleans, Atlanta, Charleston, and Galveston–all cities with large German populations during this era of publication. Germans made up almost 10% of the population of New Orleans at the beginning of the 20th century. A valued heirloom item, this version contains not only the Old and New Testaments but also an encyclopedic history of the books of the Bible (complete with color images in both English and German), a complete hand-dictionary, and blank pages in which to affix family records and portraits.

The frontispiece portrait of Luther was engraved by the Philadelphia-based engraving firm Illman Brothers. The page of text contains dictionary terms and the biblical passages in which they are found. For example, halfway down the rightmost column on the left page is the word “Einhorn,” meaning “unicorn,” along with references to four biblical passages that mention the mythological creature. It is defined here as “The name of a beast, which, when running and jumping, was strong, wild and independent. The Bible speaks of the horns of the animal, so that an actual unicorn existing would be unlikely.”