Private: Martin Luther and the Reformation: the 500th Anniversary 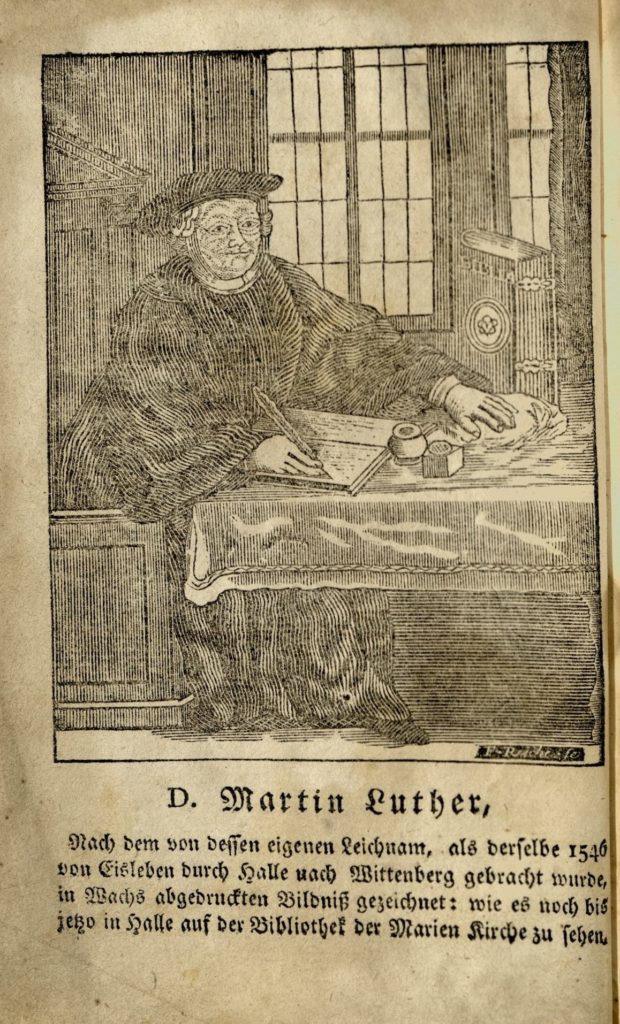 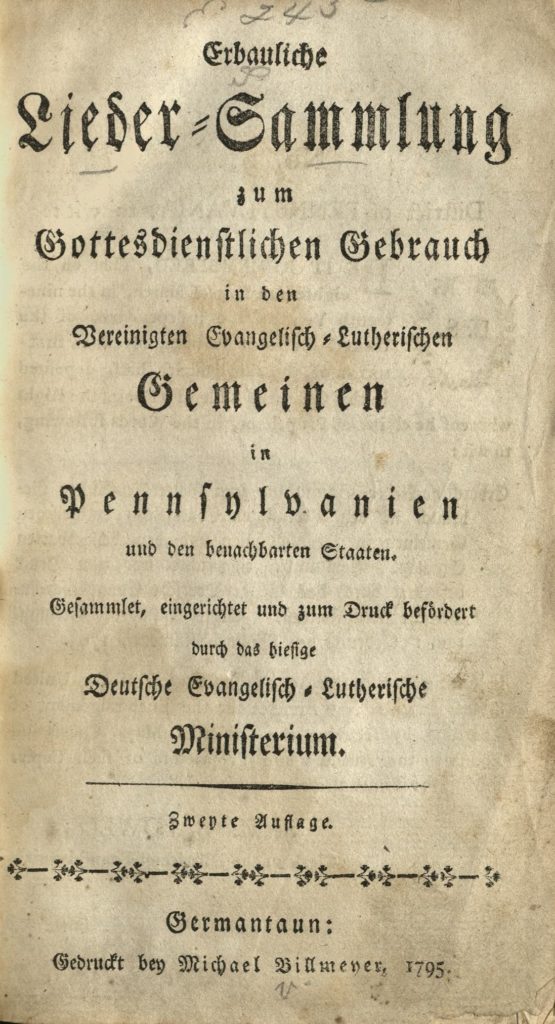 This book, from 1795, contains songs for Lutheran services of all occasions including songs composed by Martin Luther himself. Luther was a gifted hymnist and composed over 40 hymns in his lifetime, many of which are still sung at Christian Services today. The popular Christmas carol “From Heaven on High The Angels Sing” is an English translation for the Christmas hymn penned by Luther “Von Himmel hoch, da komm ich her.” The book was published in Germantown (printed as ‘Germantaun’ on the page), a settlement near Philadelphia that was founded by a large group of Mennonite and Quaker Germans who emigrated from Germany in the late sixteenth century.

The frontispiece illustration is a wood engraving of Luther studying at the Marien Church in Halle, Germany. More advanced and detailed copper plate engravings were more common at this time period in Europe, and this publication’s engraving shows the differences in technology between Europe and the New World at the turn of the nineteenth century.