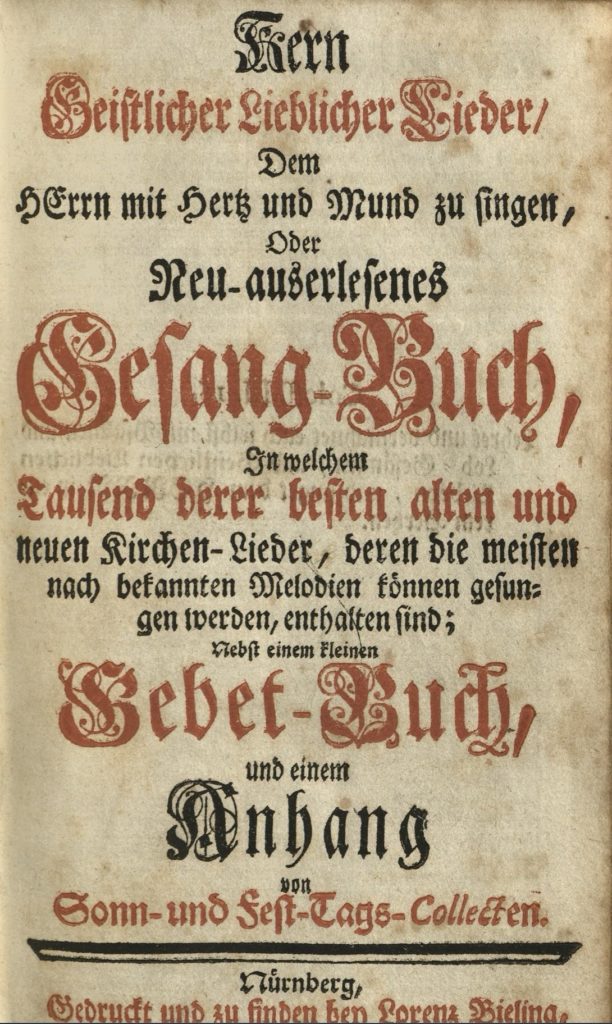 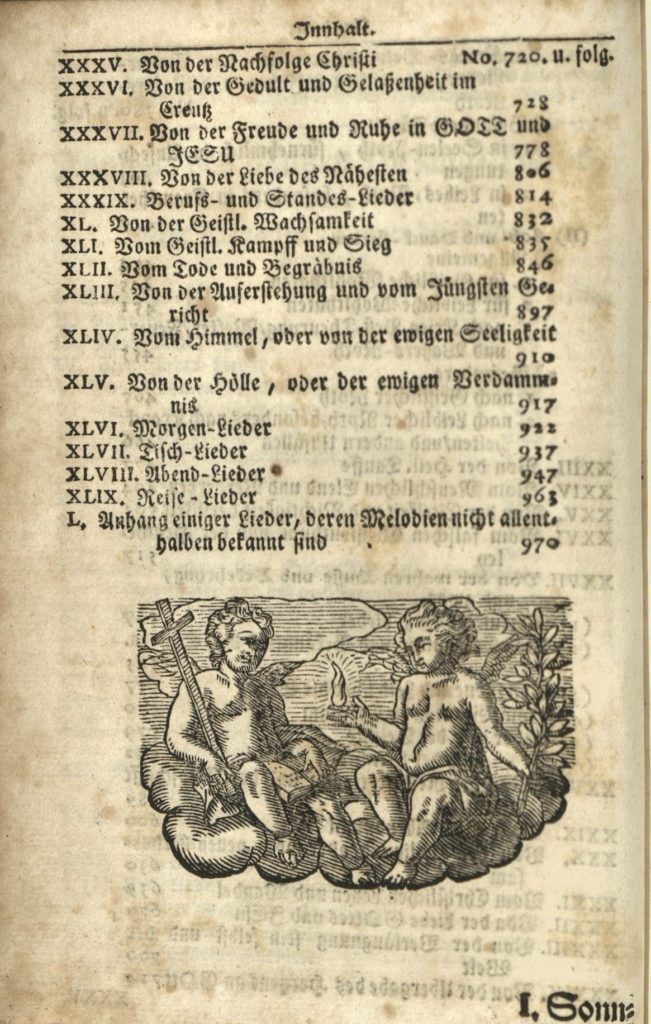 This 18th century “holy, lovely” song book is written in German Fraktur writing and includes nearly one thousand songs. It is divided into categories for many occasions, such as preparing for Sunday evenings, travel, or mourning. It was common for religious song books in this time to include vernacular hymns as well as metrical versions of psalms. Hymns referenced in this book were used to focus attention on the glory of God during religious services, as well as everyday life. The structure of religious songs was shifting from songs exclusively sung by monks and clergy to hymns and melodies consumable by the general public. The hymn section shown here is “Sunday Songs” and provides hymn options for end-of-week praise and acknowledgement of God’s love.

The woodcut image shown here depicts two cherubs along with several religious symbols such as a cross, an olive branch, a flame, and a Bible. Simple images like these, produced using woodcut technology, are a common, cheaper method of including illustrations than the more detailed, advanced methods of copperplate engraving popular during this time. Such images are reminiscent of the illuminated manuscripts of the past.