Excellence in Education: Celebrating the Artistic, Academic, Athletic, and Administrative Achievements of the Women of Tulane University / Women with Achievements in Athletics / Clara Gregory Baer / 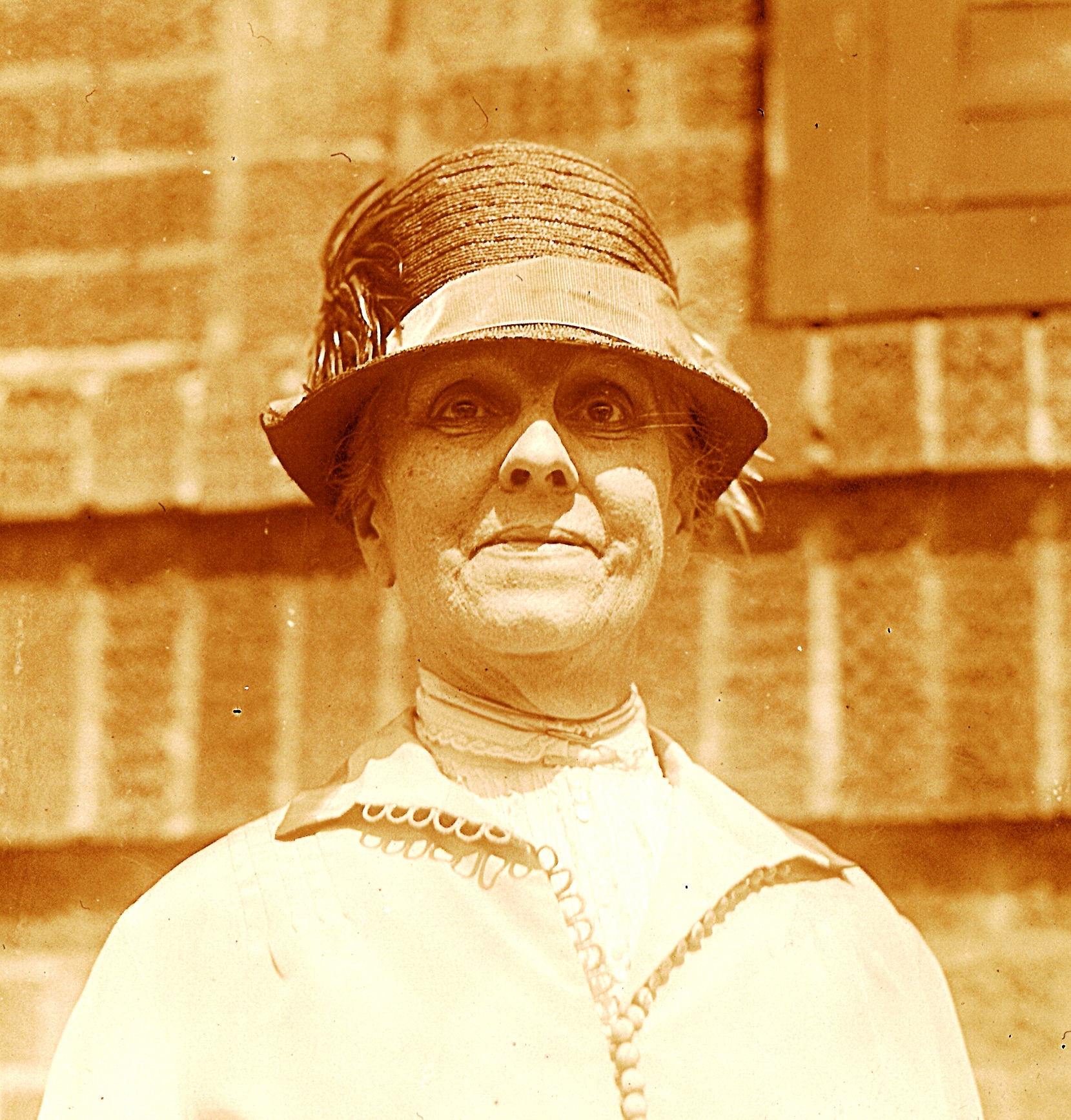 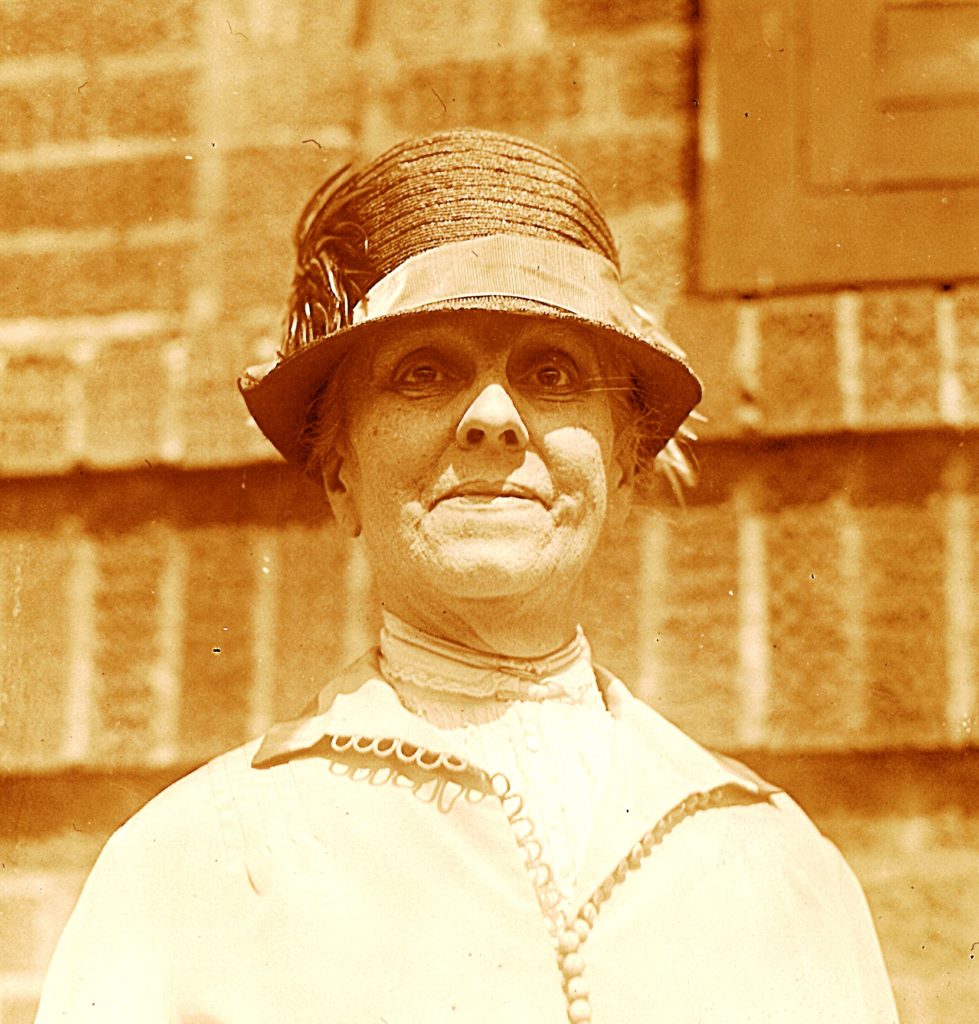 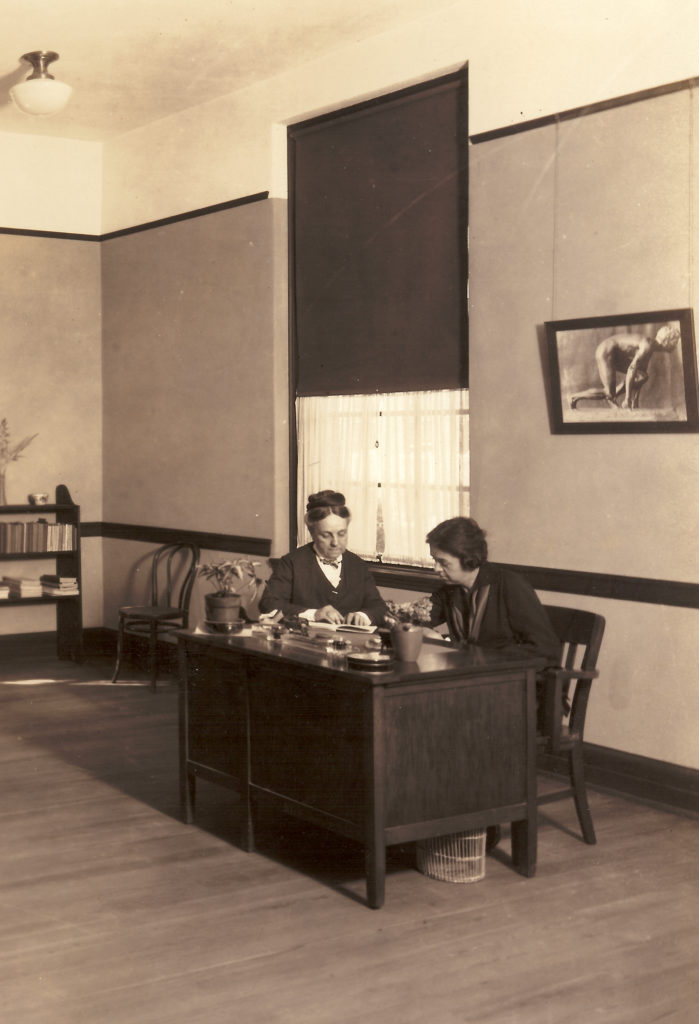 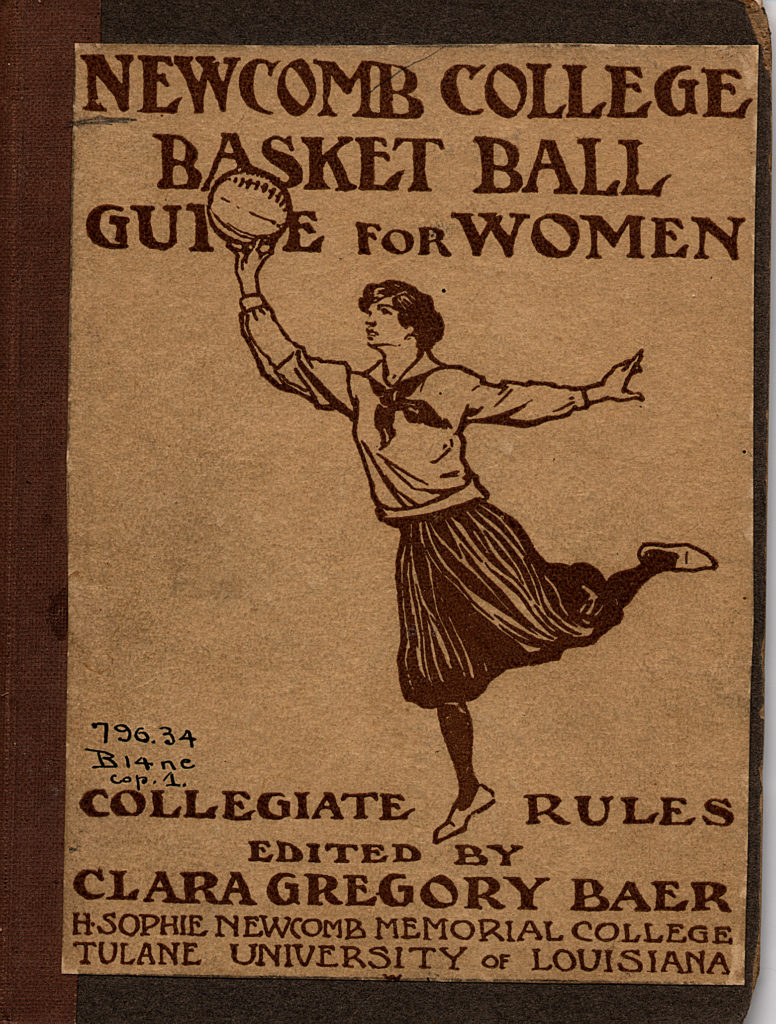 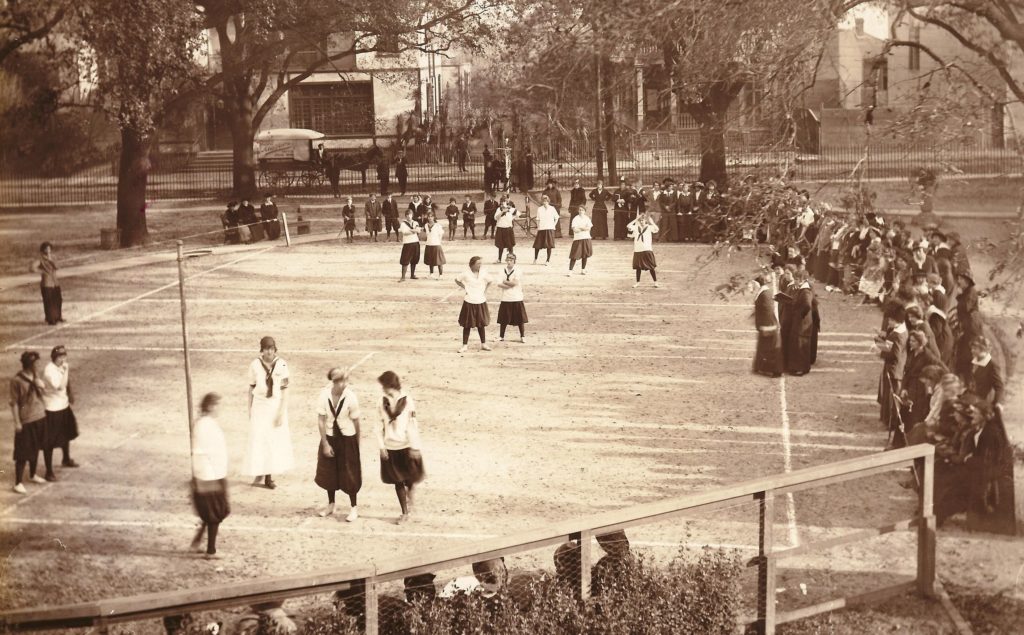 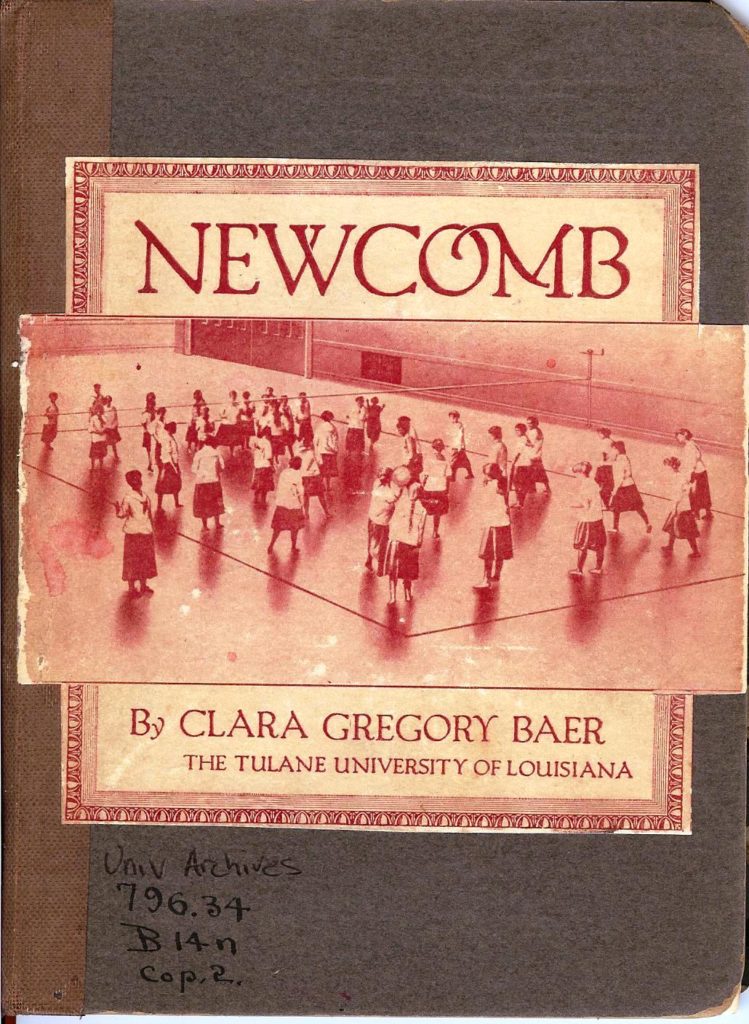 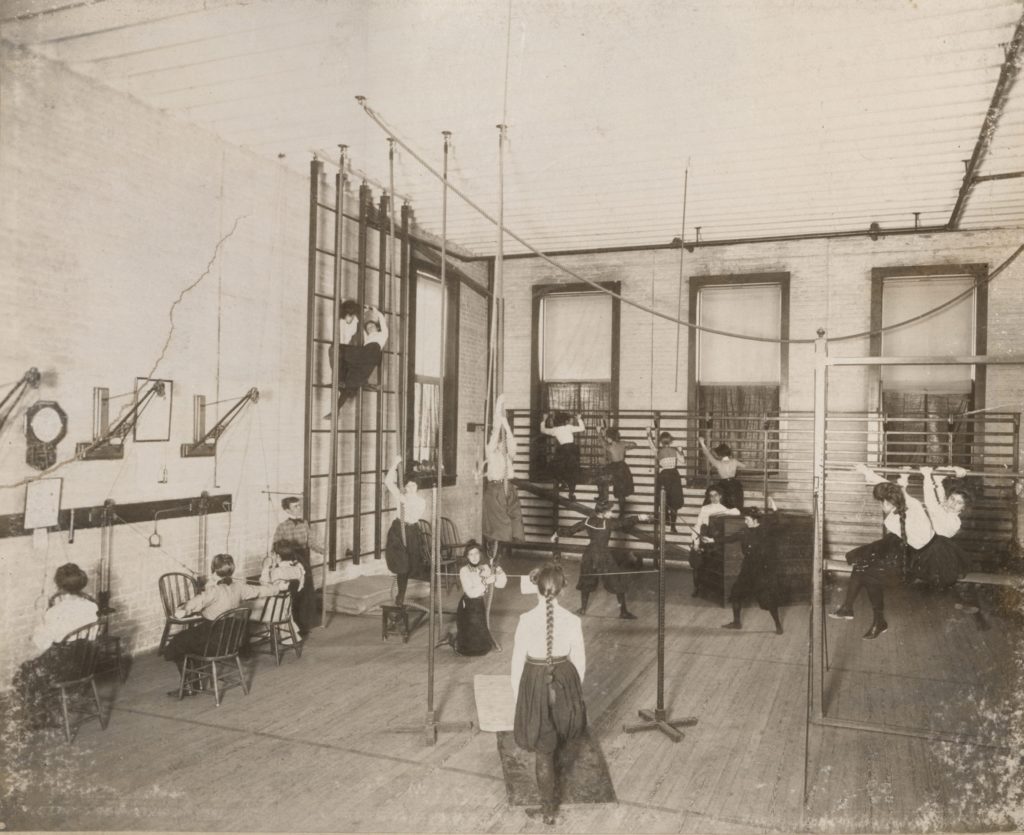 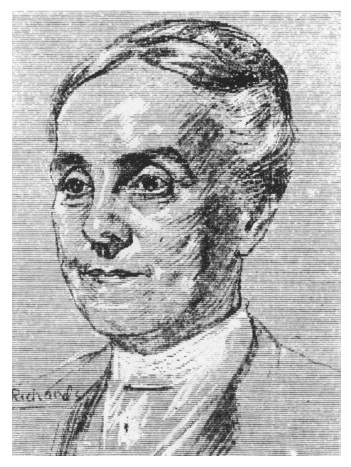 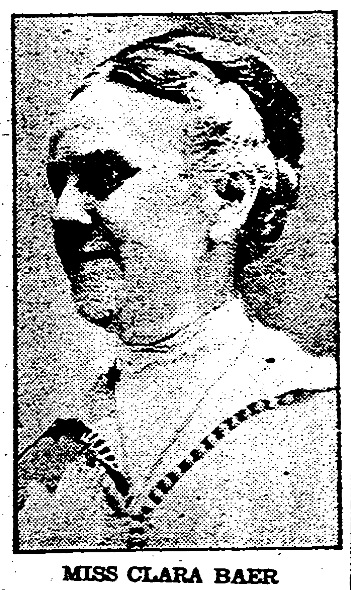 Clara Gregory Baer was born in Algiers, Louisiana, in 1863, at the time of the Union siege of New Orleans during the Civil War, and was given the nickname “Dixie.” As a sickly child, she was encouraged to participate in tomboyish activities to strengthen her body and health. She grew to love playing outdoors. Her mother died when she was young, so she and her siblings were raised by her maternal grandmother. With very little public secondary education available during Reconstruction, she ended up in Louisville, Kentucky for high school. From there, she traveled to Boston to pursue higher education at the Boston School of Expression, the Emerson School of Oratory, and the Nils Posse Normal School of Physical Education.

After completing college in Boston, Clara returned to New Orleans in the fall of 1891 to take the position of Women’s Gymnastics Director at the Southern Athletics Club. Being well-versed in the Posse system of Swedish Gymnastics, she trained the wives and daughters of the SAC members during the few hours a week that they were allowed into the gymnasium. Clara then approached Brandt V. B. Dixon, president of Newcomb College, to propose that she begin teaching gymnastics at Newcomb College as well. Although physical education was not part of the collegiate curriculum, he agreed, and Clara began her long association with the college. She was hired as “Instructor in Physical Culture,” and within two years, she had instituted the first certification program for physical education in the South. By 1895, she was a Professor of Physical Education, and in 1907, she created the first four-year program in physical education leading to a bachelor’s degree in the South.

In 1893, the game of basketball dribbled down to the South, two years after Dr. James Naismith invented it. Clara taught her students how to play, and then published the first book of rules for women’s basketball in 1895. The rules are slightly different than you would expect because Clara did not interpret the zones drawn on Naismith’s court in the same way he had intended. She thought that each woman was restricted to one of the seven zones, so in her game, women stayed in pairs (one on offense and one on defense) in their zones, did not dribble the ball, could not guard, could not use two arms to throw or shoot the ball (because it compressed the chest), and they did not talk or call signals; the goal had no backboard, the teams changes baskets after each successful goal, and points were variable (4 ,3, or 2) based on the distance from the goal. Her altered rules, suggested by Naismith to be published under a new name because it differed so much from his game, became “Newcomb Basquette” or just “Basquette.” By the time that her rules became more standardized, so did the name of the rules book, to “Basket Ball.” There were several improvements that Clara’s rules inadvertently made on the game that the men didn’t adopt for another 40 years – the jump shot and one-handed shooting.

Another by-product of Newcomb College’s adoption of the game of Basquette Ball was Clara’s invention of the game “Newcomb.” This game came about somewhat accidentally because she needed a substitute sport to develop her students’ hand/eye coordination and reflexes while she waited for the baskets or hoops for the Basquette poles to be delivered. “Newcomb” is like volleyball, but with multiple teammates on either side of the court, and the ball is thrown across the midline over the rope (or net, when it began to be used) to be caught, or missed, by the other team. A touch-down, or point, is scored when the ball touches the ground on the other side of the rope, inside the boundary lines. Fouls are issued, and points awarded to the other team, for various offenses (e.g., throwing the ball under the rope, striking a player with the ball, dropping the ball). Once the rules became standardized, Newcomb actually became a varsity sport in some states in the early part of the 20th century – the first invented by a female — and is still played in summer camps across the country today. News of the success of her game “Newcomb” reached back to her alma mater, the Posse School, by 1895; the January issue of “The Posse Gymnasium Journal” has a news item about Clara’s success in establishing a culture of gymnastics and compulsory physical education in Louisiana, and they promise a full description of “Newcomb” in the following issue.

A final fortuitous innovation espoused by Clara was the use of bloomers as athletic attire for women. Prior to wearing bloomers, women had worn long skirts for athletic endeavors, which were hot, heavy, and hampered their movements (not that they were running around very much while playing Basquette!). Bloomers allowed the ladies freedom of movement, and while they appreciated it in the sanctity of the enclosed gymnasium on Newcomb’s campus, the students hesitated to wear the bloomers outside in public when playing Basquette, where gentlemen could stroll down the street and see their exposed lower limbs. The 1893 Woman’s Congress of the World’s Columbian Exposition had a session on the bloomer as an aid in improving women’s health through physical exercise, so I imagine that helped to convince a few of the women that wearing bloomers was an acceptable practice.

Clara was quite active in the Women’s Christian Temperance Union, giving recitations with “rare effect” early on, and was an honorary board member of the New Orleans Dispensary for Women and Children. Aside from her rules books, she authored several articles about physical education and gave public lectures about the health benefits of physical activity. In academia, she belonged to multiple organizations and delivered papers on the beneficial effects of regular exercise and on the game of basket-ball to the National Education Association (on whose Department of Physical Education board she was elected to various offices over the years), and to local and state organizations.

Ultimately, Clara was a professor of physical education at Newcomb College for 38 years before retiring in 1929. She continued to stay in touch with the college as professor emerita and when she died of a heart attack in 1938, classes were suspended so that students and faculty could attend her funeral services.