Excellence in Education: Celebrating the Artistic, Academic, Athletic, and Administrative Achievements of the Women of Tulane University / Women with Achievements in Administration / Corinne Claiborne “Lindy” Boggs / 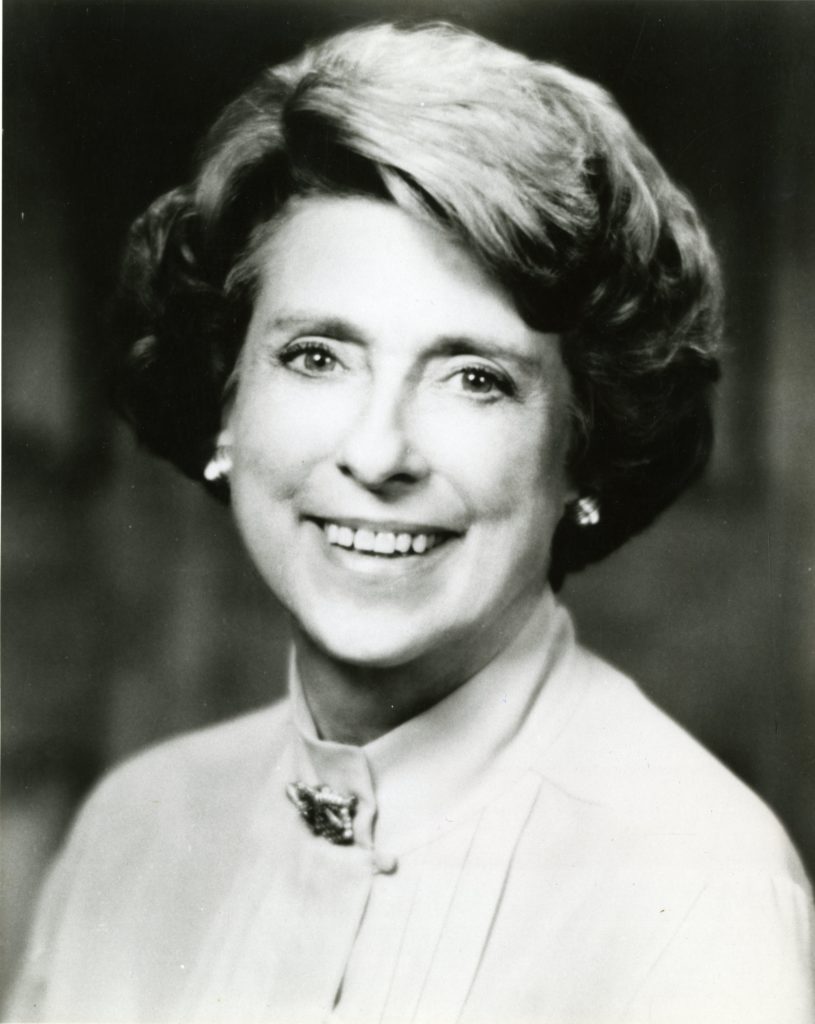 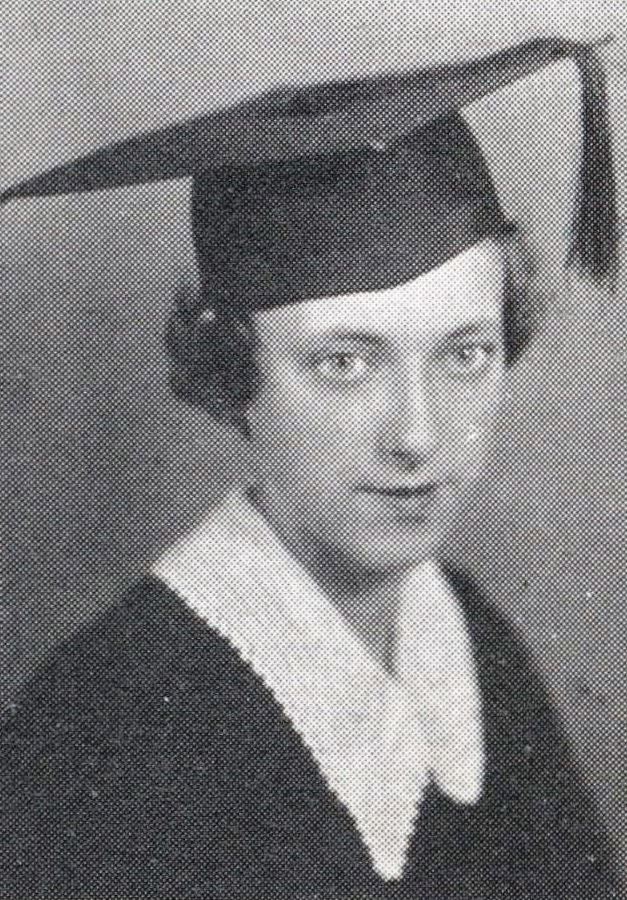 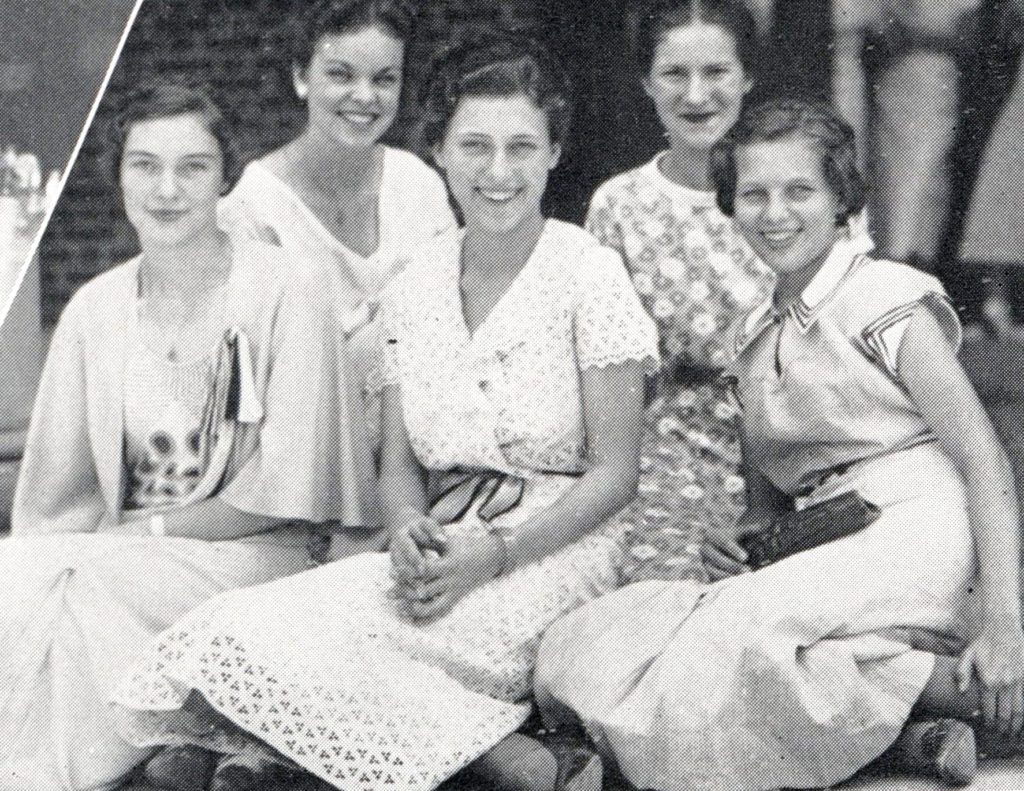 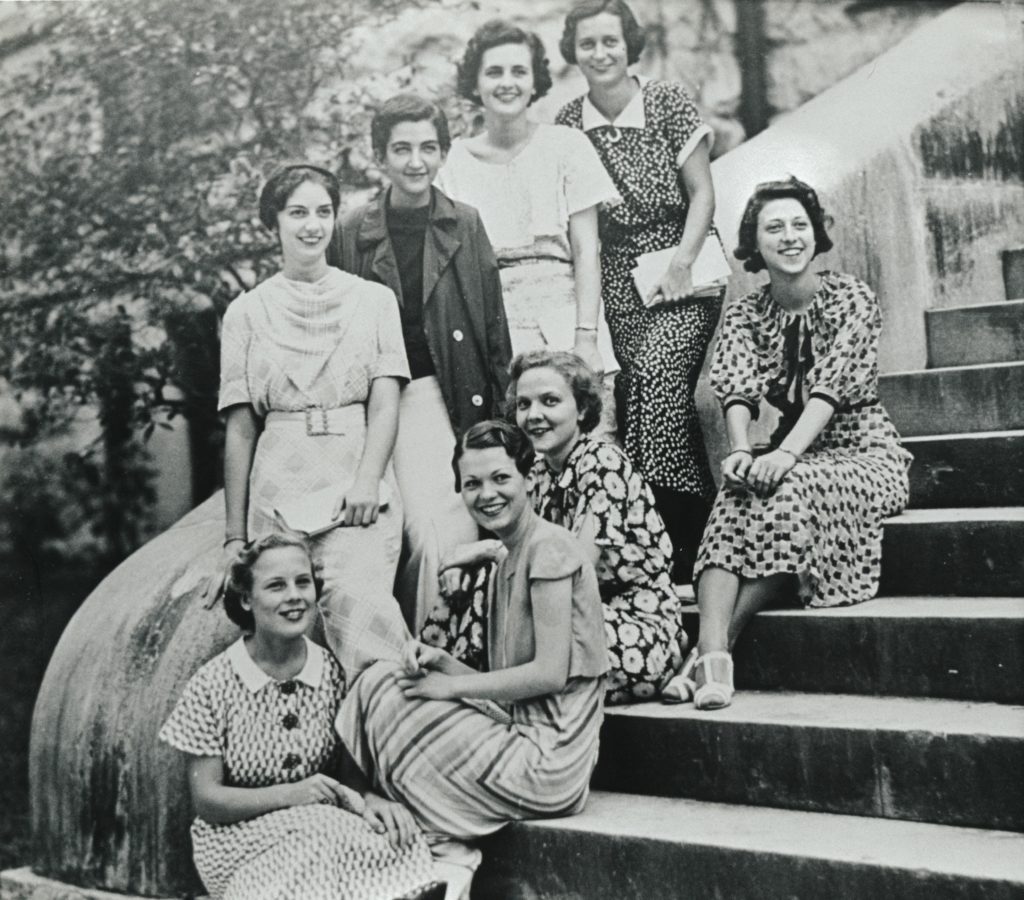 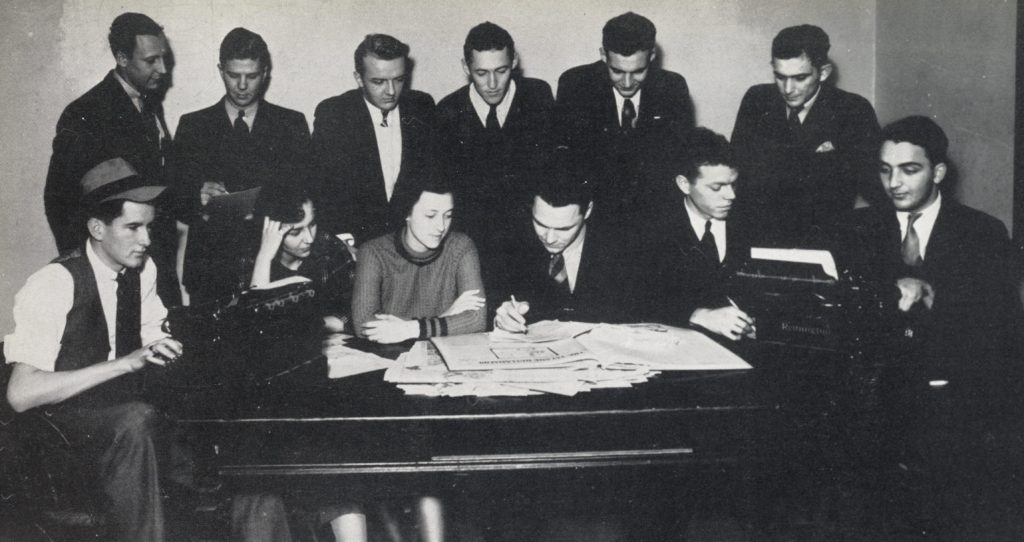 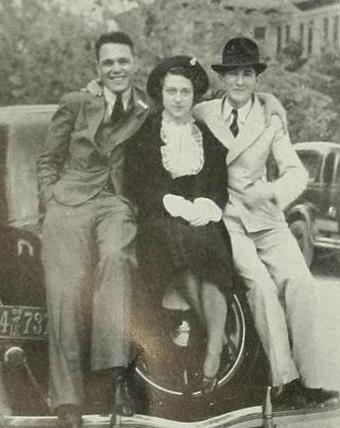 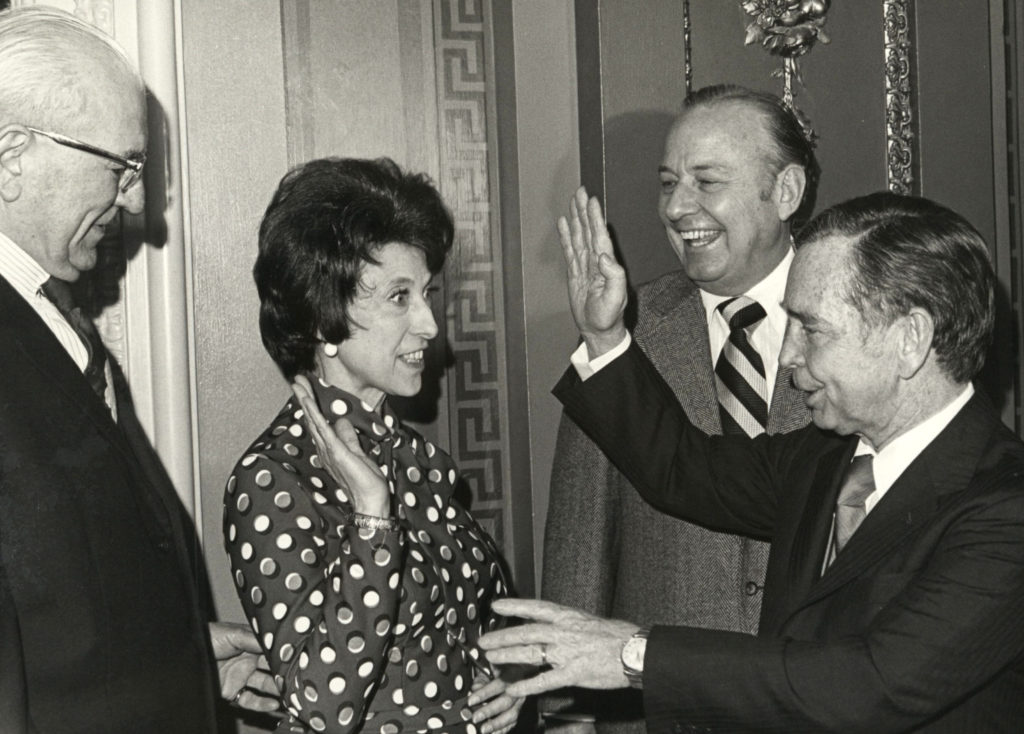 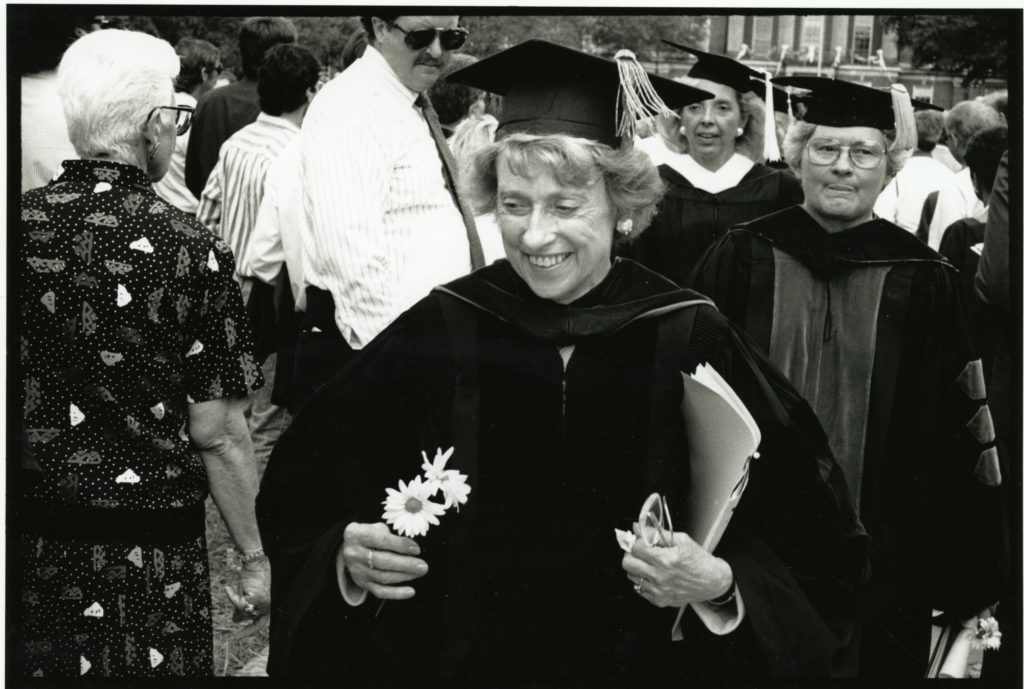 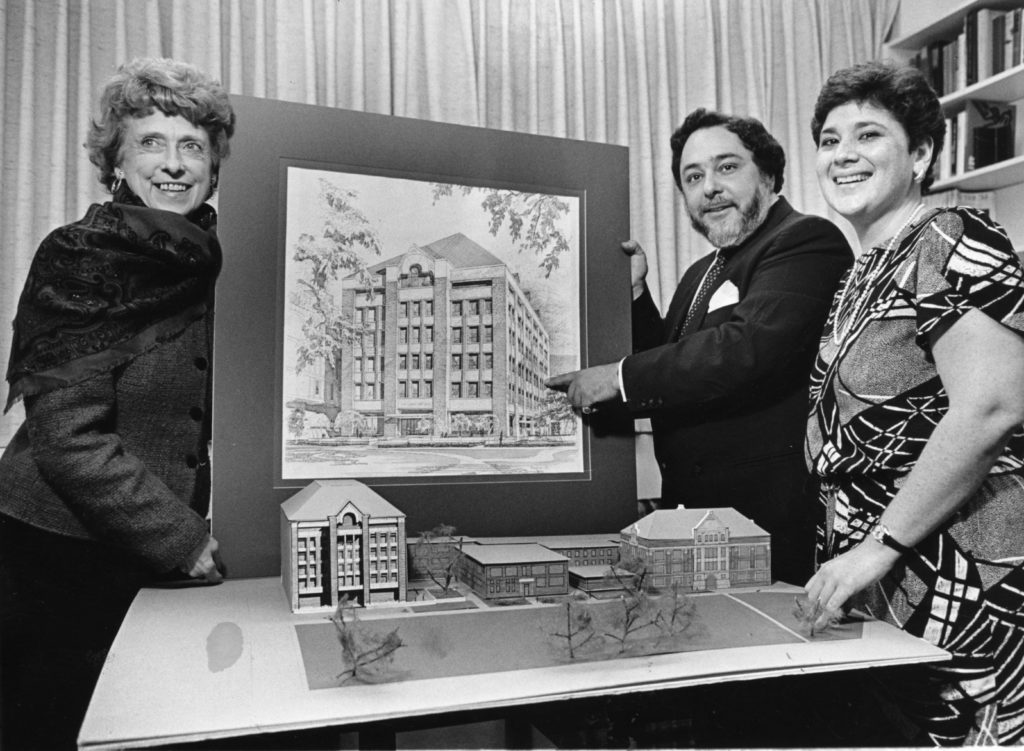 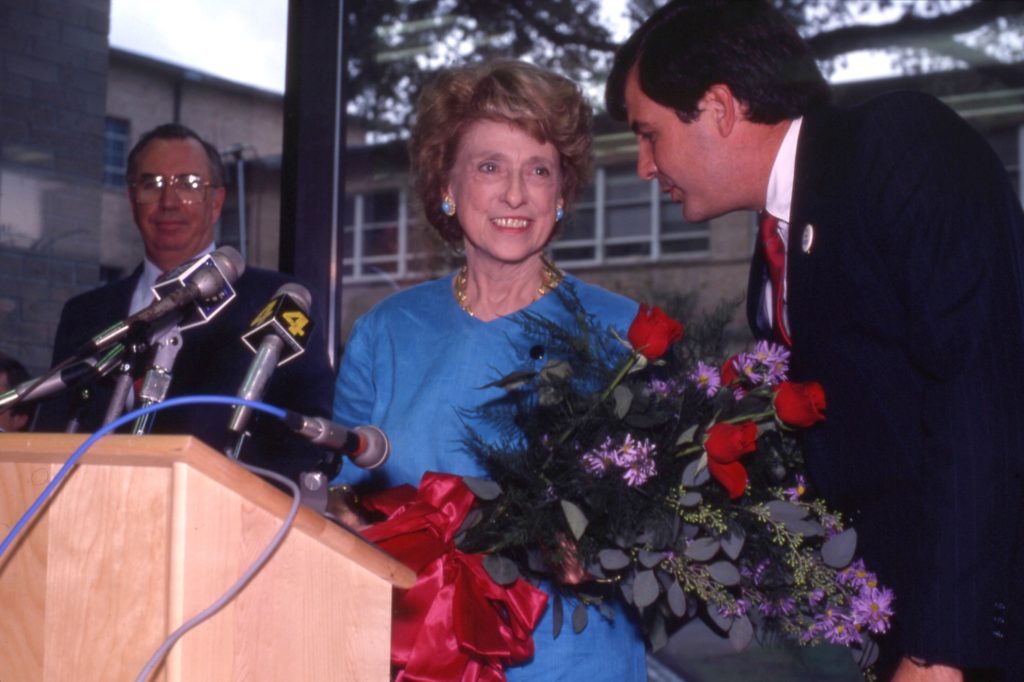 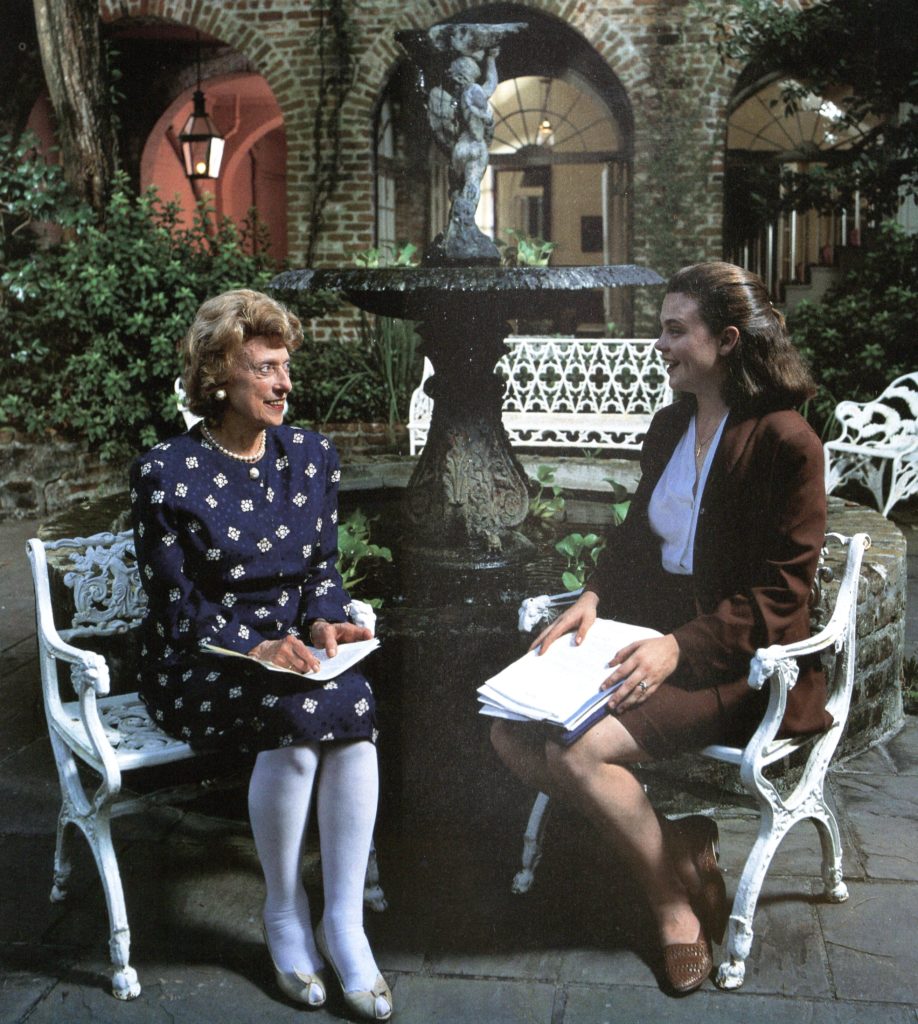 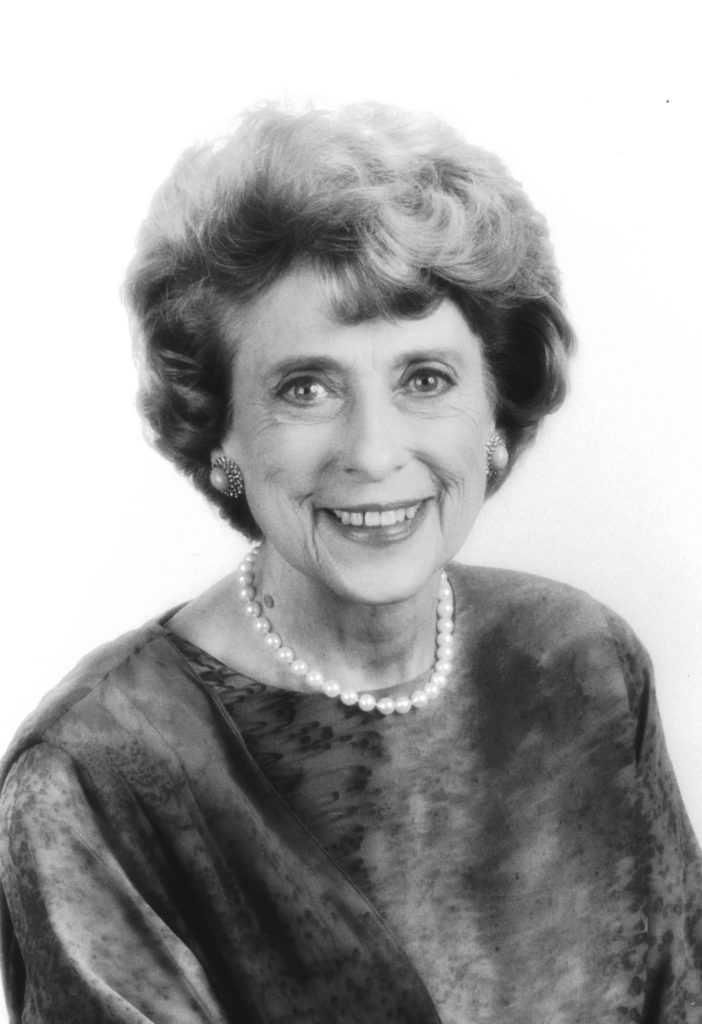 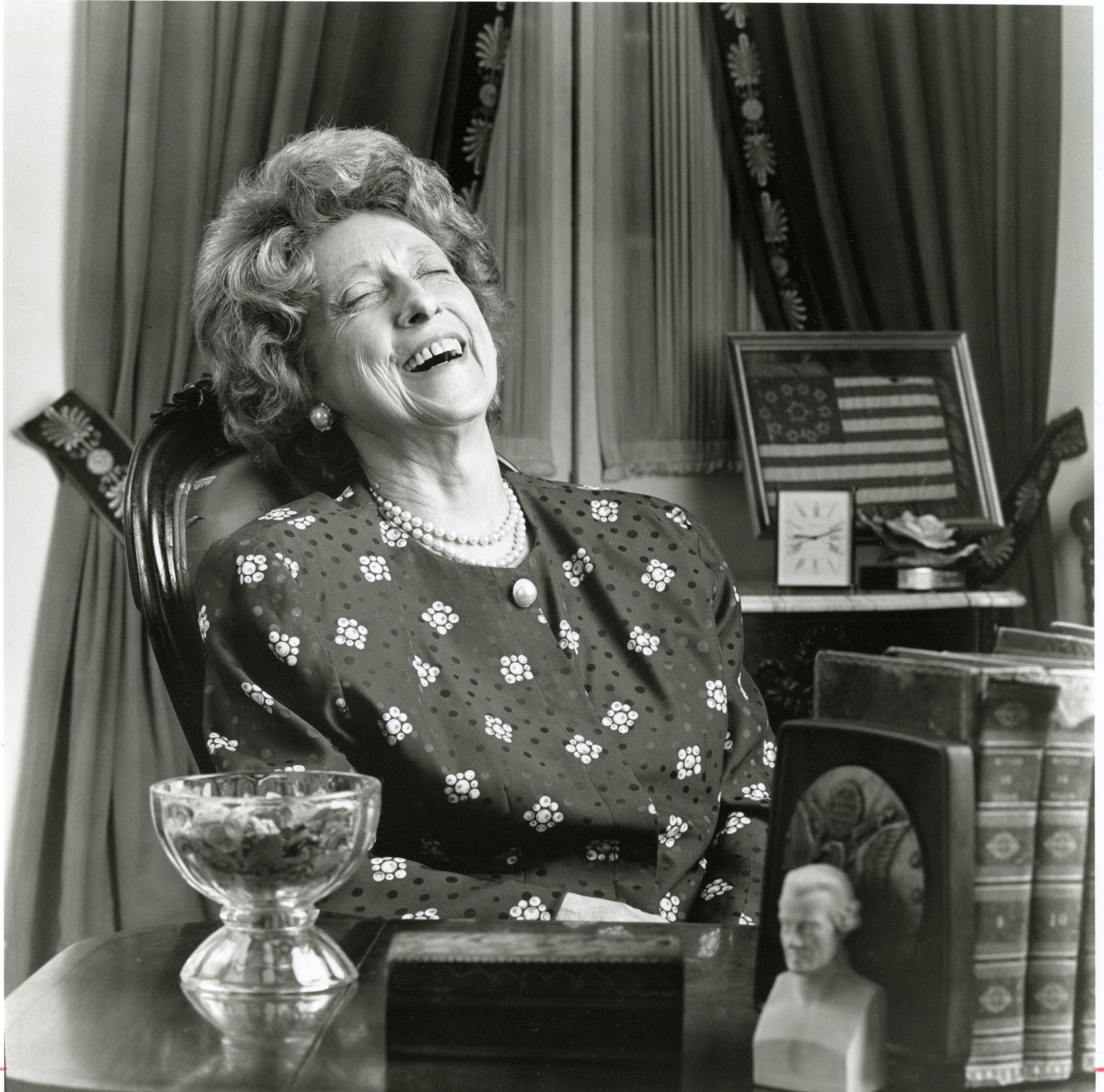 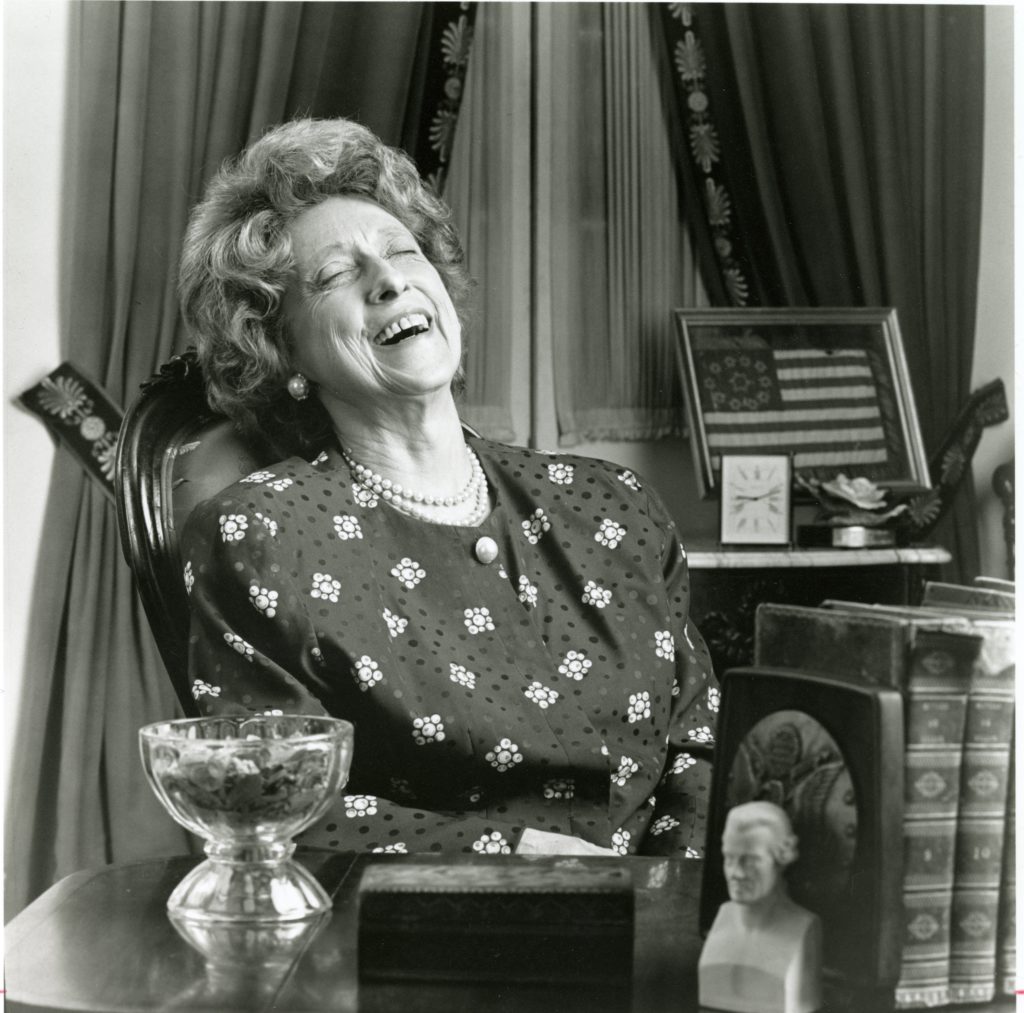 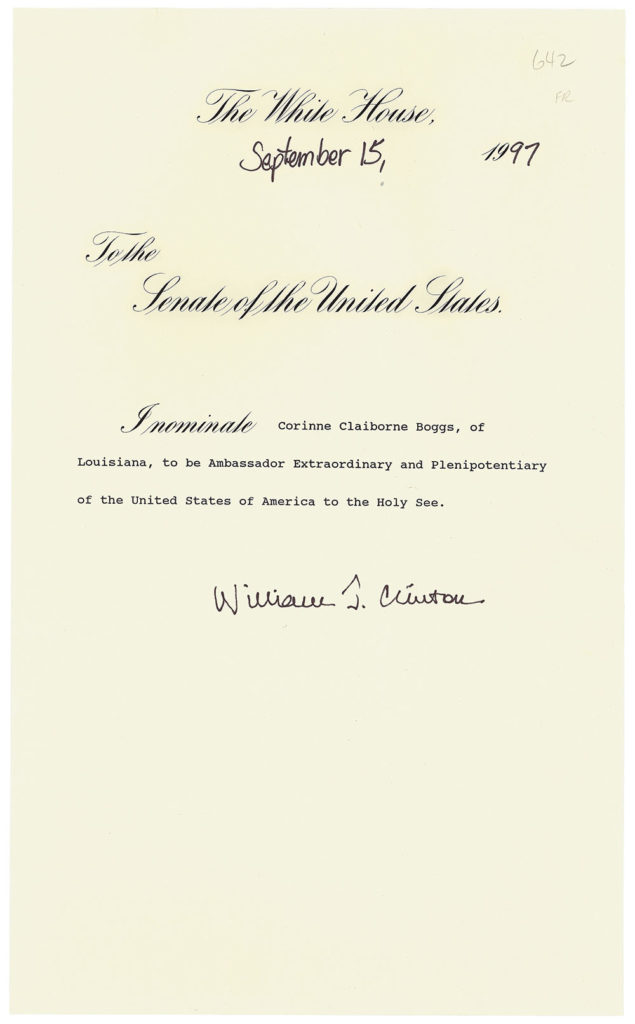 Marie Corinne Morrison Claiborne was born on a Louisiana sugar plantation March 13, 1916, the only child of Roland Claiborne and Corinne Morrison. She was given the nickname Lindy – short for Rolindy—by a nurse who thought she resembled her father and should be named after him. Her ancestors were the Brewsters – pilgrims who came to America on the Mayflower. Lindy was also a related to Louisiana’s first governor, William C.C. Claiborne (she was his great-great-grandniece), and was second cousin to deLesseps “Chep” Morrison, Mayor of New Orleans from 1946 to 1961. In 1976, Lindy’s mother told People magazine that her daughter was born “with a silver spoon in her mouth – but it never went to her head.”

Lindy entered Newcomb College when she was only 15 years old. There, she met her future husband, Thomas Hale Boggs, at a fraternity party. They began dating as seniors when they worked closely together at the student newspaper, “The Hullabaloo” – Hale was editor-in-chief and Lindy was women’s editor. Lindy and Hale were married in 1938 and in 1940, Hale was elected to the U.S. House of Representatives. He joined the Navy after an unsuccessful re-election campaign in 1942, but after World War II, he began his political comeback. Hale was once again elected to Congress in 1946. He would go on to be re-elected 13 times. Lindy organized her husband’s campaigns and managed his Capitol Hill office. She also organized the inaugural balls of John F. Kennedy and Lyndon B. Johnson and was known for hosting large garden parties where she did all the cooking. During this time, Lindy also raised her three children – Cokie, Tommy and Barbara. After a quarter century, Lindy had become one of the most admired women in Washington.

Tragedy struck for Lindy in 1972 when Hale’s plane disappeared in Alaska and he was presumed dead. Lindy had spent years learning the ins and outs of politics, including running campaigns, so, at age 56, Lindy began her political career by winning her husband’s Congress seat in a special election. After three decades of serving as her husband’s political confidante, strategist and surrogate campaigner, Lindy possessed more political acuity than any conceivable challenger. Not only did she know Capitol Hill, she also had long-standing personal relationships with virtually every committee chairman. She was the first woman to be elected to Congress from Louisiana, a position that she held for nine consecutive terms.

In 1977, Lindy co-founded the Congressional Women’s Caucus and later served as its secretary. Later, Lindy became the first woman to preside over a national political convention when she chaired the Democratic National Convention that nominated James Earl “Jimmy” Carter for the presidency. Additionally, Lindy was influential in composing the Equal Credit Opportunity Act of 1974; she was responsible for adding the provision that banned discrimination due to sex or marital status. The Banking Committee unanimously approved the bill with her changes.

Lindy retired from Congress in 1990 to care for her daughter, Barbara, who was terminally ill. Shortly after her retirement, Lindy was honored when the women’s meeting room in the Capitol was renamed the Lindy Claiborne Boggs Reading Room. It is the only room named after a woman. In 1997, President Bill Clinton appointed her as U.S Ambassador to the Holy See. She was 81 years old.

In addition to her political impact, she was a proud mother; two of her children followed in their parents’ footsteps and were also successful in politics. Her son, Tommy, was an influential Washington lawyer and lobbyist, and daughter, Barbara, was a mayor of Princeton, N.J. Her daughter Cokie, is a successful journalist.

During her lifetime, Lindy collected more than 19 honorary degrees and innumerable awards, including the University of Notre Dame’s Laetare Medal, the university’s highest award, given to a Catholic with an outstanding record of public service. She was inducted into the Louisiana Political Museum and Hall of Fame in 1994, and she received the Congressional Distinguished Service Award in 2006. Lindy was named Newcomb’s Outstanding Alumna in 1976 and in 1978 was the first woman in Tulane’s history to receive the Tulane Distinguished Alumna award. She played a key role in securing the funding for construction of Tulane’s Center for Energy and Biotechnology—the building was named in her honor and dedicated in 1988 as The Lindy Claiborne Boggs Center for Energy and Biotechnology. Lindy passed away in 2013 at age 97.