Excellence in Education: Celebrating the Artistic, Academic, Athletic, and Administrative Achievements of the Women of Tulane University / Women with Achievements in Administration / Dr. Anna Cherrie Epps / 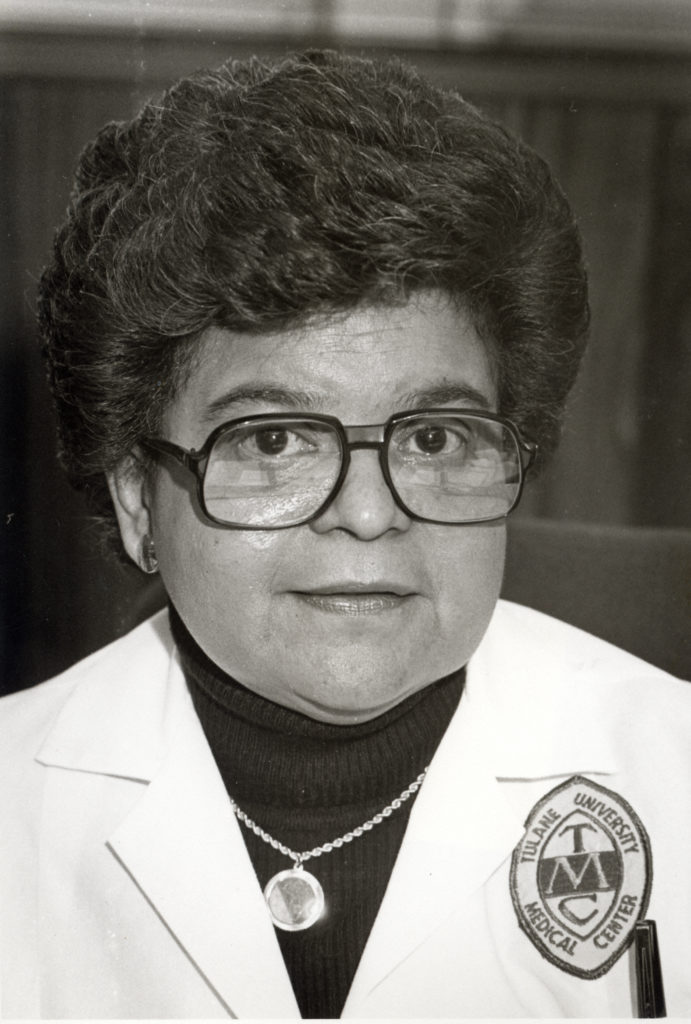 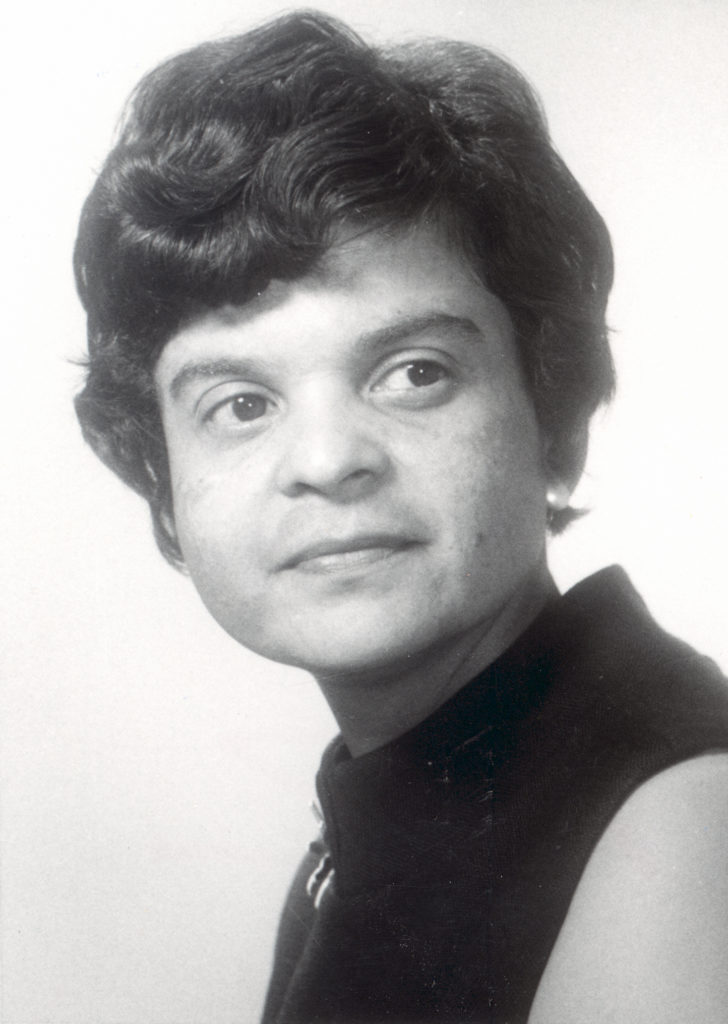 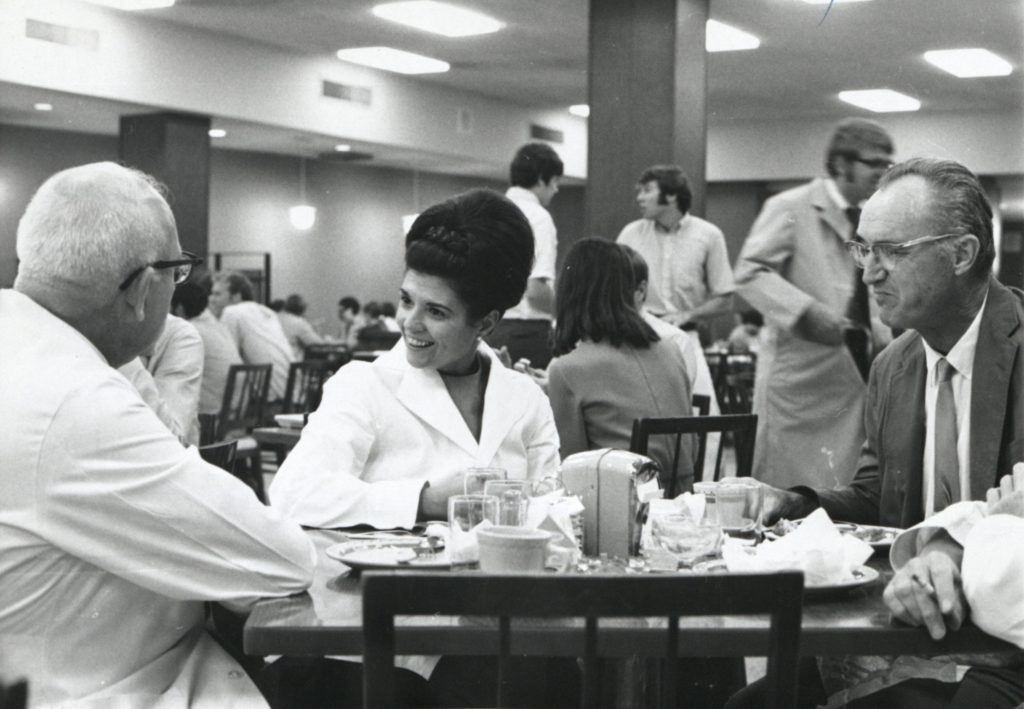 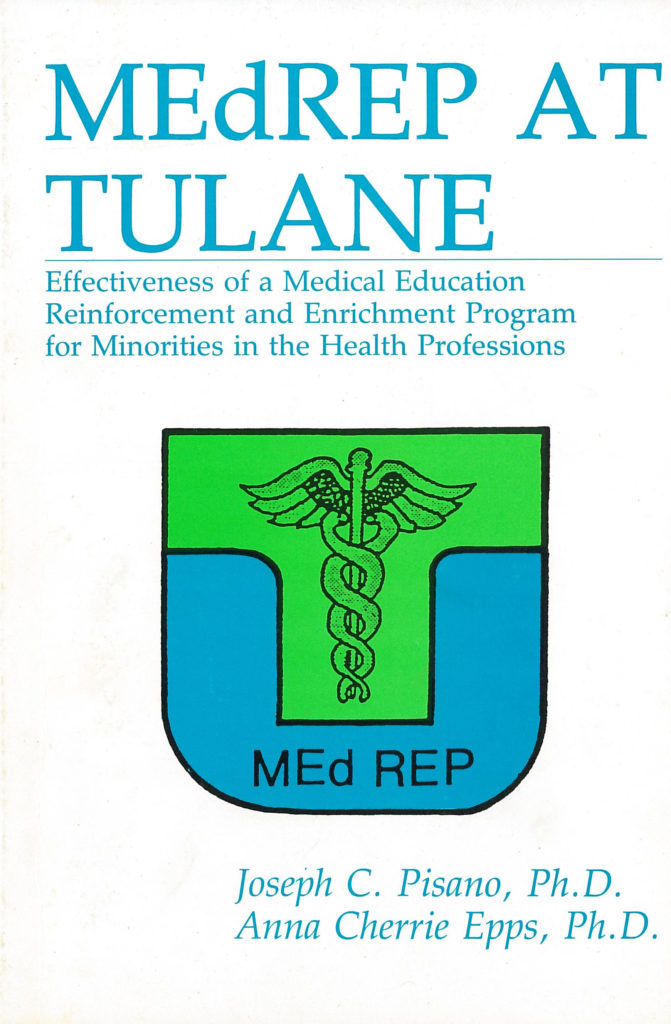 Anna Louise Cherrie Epps was born in New Orleans into a family who firmly believed in education. Her father, Ernest Cherrie, Sr., was a physician, and her mother, Anna, was a former schoolteacher. Cherrie attended Corpus Christi Elementary School and Xavier University Preparatory School, graduating with honors before entering Howard University in Washington, D.C. at the age of 16. She earned her bachelor of science degree in zoology from Howard in 1951 and applied to Howard’s medical school, intent upon following in her father’s footsteps and becoming a physician. She also applied to Meharry Medical College in Nashville, TN. She was denied admission to both, based on her youth and her gender. Undeterred, she returned to New Orleans to work in the medical field as a clinical technician at the Flint-Goodrich Hospital. Her mentor there was Dr. Joseph Epps, the man who would in 1968 become her husband.

In 1954, she began working as an instructor and medical technician at Xavier University, a position she held until 1961. During that time, she earned a master’s degree in microbiology from Loyola University. While working at LSU’s School of Medicine as a research technologist, she was recruited by Howard University to teach microbiology, and she took advantage of the opportunity to earn her Ph.D. in zoology there, in 1966. Upon completion of the degree, she was named assistant professor of medicine and microbiology at Howard University (1967-69).At Howard, she researched tropical and infectious diseases. With a U.S. Public Health Service Faculty Research Fellowship from Johns Hopkins, she studied immunology pertaining to liver disease, and stomach cancer. In 1969 she was awarded a research fellowship from Tulane University and returned home.

That same year she developed a program called MEdREP, the Medical Education Reinforcement and Enrichment Program. This pioneering summer program was designed to help minority and other disadvantaged students prepare for the MCAT and gain laboratory experience.* The program was so successful that by 1982 she received over 300 applications for only 50 spots. Beyond the societal benefit of assisting others, one major benefit of the success of the MEdREP program was that minority retention rates at Tulane’s Medical School remained above the national average.

Cherrie’s talents in medical education administration were noticed and for a 20 year period, between 1975-1995, she contributed to Tulane’s mission in the critical roles of Director of Medicine at the Tulane Medical Center, Assistant Dean of Student Services, and Acting Interim Vice President for Academic Affairs. Because of her experience and perspective on the issue, in 1993 she was commissioned by the Institute of Medicine, National Academy of Sciences to write “Increasing Minority Participation in the Health Professions—The Problem of Under-representation and An Inventory and Analysis of Effective Strategies and Problems.”

Cherrie finally made it to Meharry Medical College in 1994 as professor of internal medicine, taking on the role of vice-president for academic affairs, before become the first African American woman with a PhD to become Dean of a US School of Medicine, from 1997-2002.

After stepping down as Dean, she stayed on as Senior Adviser to the President and Dean Emerita in the School of Medicine.In 2007, Meharry established the A. Cherrie Epps Center for Educational Development and Support in recognition of Dr. Epps’ efforts to foster excellence in learning and teaching medicine, dentistry and graduate studies and research.Then, in 2013 at the ripe young age of 83, Cherrie donned the mantle of President and CEO of Meharry Medical College. She retired in June 2015, after making sure that the college was on sound fiscal footing, and she passed away this past June (2017).

*Medical school alumnus Dr. Jim Doty (Medicine ’81) donated stock worth approximately $4.4 million to Tulane School of Medicine in 2008 to endow two chairs and to fund scholarships to assist economically disadvantaged students, one of the largest gifts made to the school by an alumnus. He requested that the chairs be named in honor of his mentors when he attended the summer MEdREP program at Tulane in 1975: Dr. A. Cherrie Epps, MEdREP founder, and Dr. Morris Spirtes, in whose lab Doty worked.