Pearlie Posey (1894-1984) is known for her pieced and appliqué quilts that utilize templates made by her daughter, Sarah Mary Taylor. During her childhood in the Mississippi Delta, Posey understood quilting as a communal activity. On Sunday mornings, the women of the family would gather at one house and make quilt tops out of old clothes. She learned to quilt from her grandmother and her mother made quilts for her until her untimely death when Posey was five years old. The quilts Posey crafted for her own children were like testaments of her love, as she explained, “Then if the Lord take me and leave you… I say you’ll have some covers.”

Posey came to be a source of living historical knowledge and often shared her memories of how quilts were made in her rural community during the early 1900s:

Sarah Mary Taylor (1916-2000) began learning the basics of quilting at the age of 9 from her mother, Pearlie Posey. Taylor’s inventive spirit shone though her quilt concepts, which used figures and forms from television, catalogs, magazines, and even cereal boxes. In her Purple Hand Quilt (1985), commissioned for use in the film The Color Purple, Taylor used her own hand to trace an appliqué motif. Taylor preferred simple, bold designs in asymmetrical patterns – demonstrating continuities between African and African American textile traditions. Similarly abstracted patterns appear in the appliqué textiles of the Ashanti, Fanti, Ewe, and Fon peoples.

Today, Posey’s and Taylor’s quilts are considered collectors’ items, with many of them housed and exhibited in major art museums. 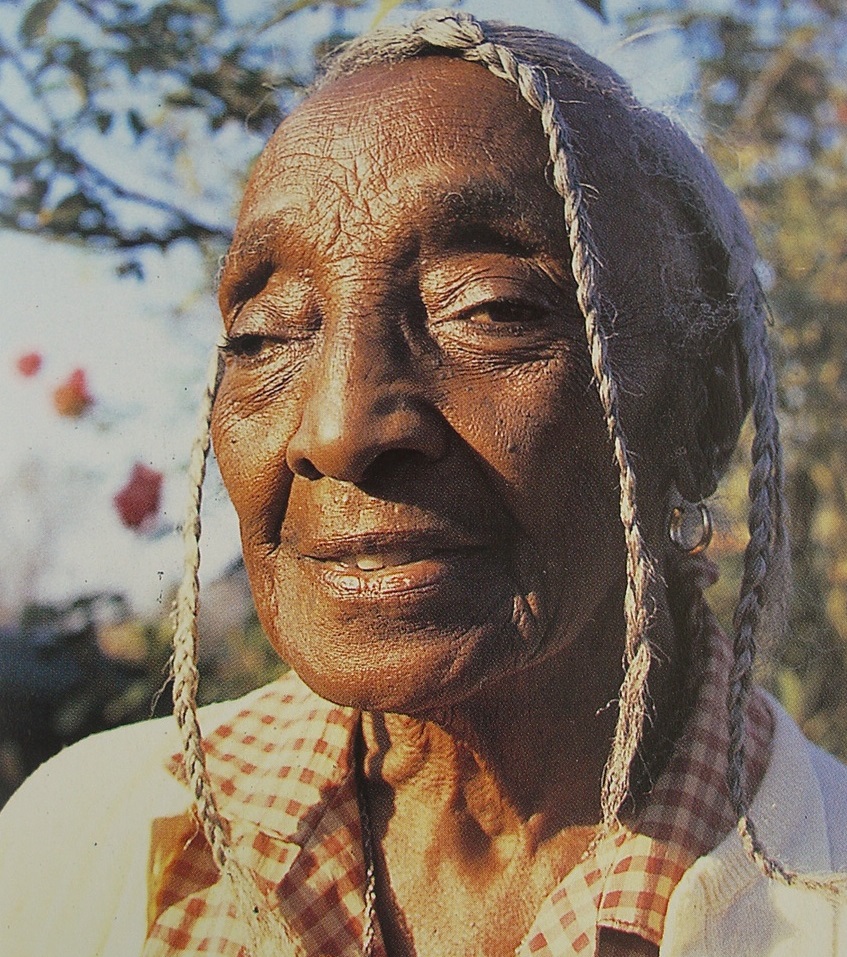 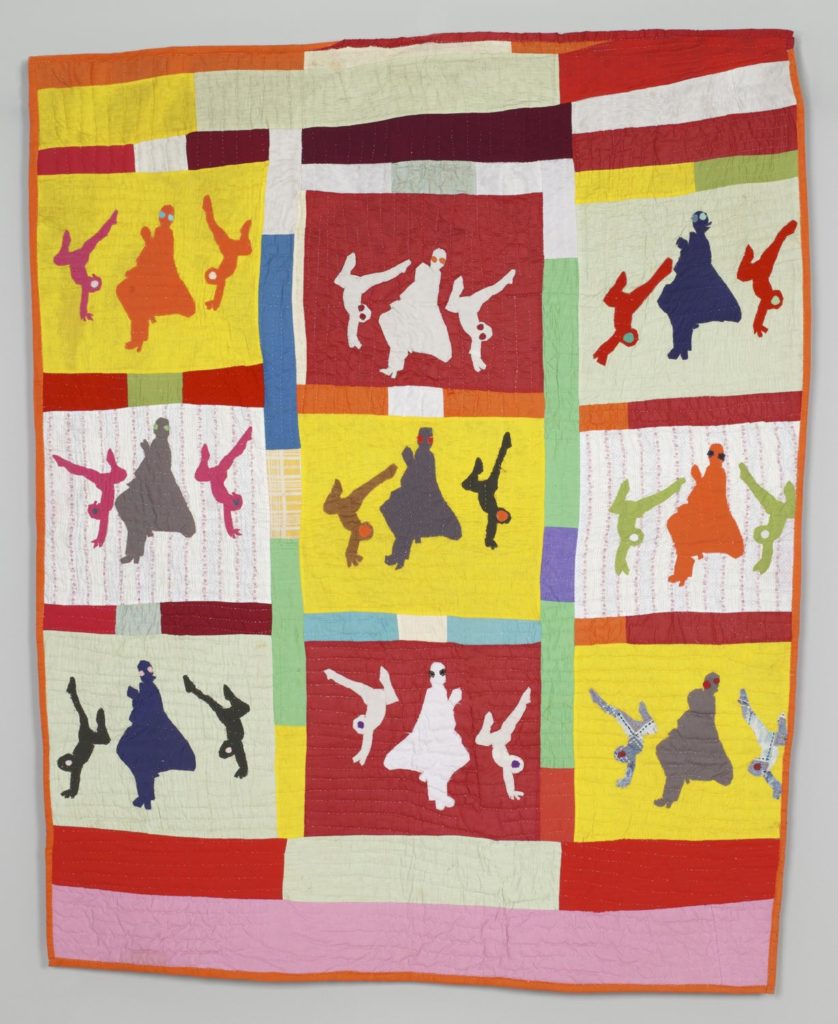 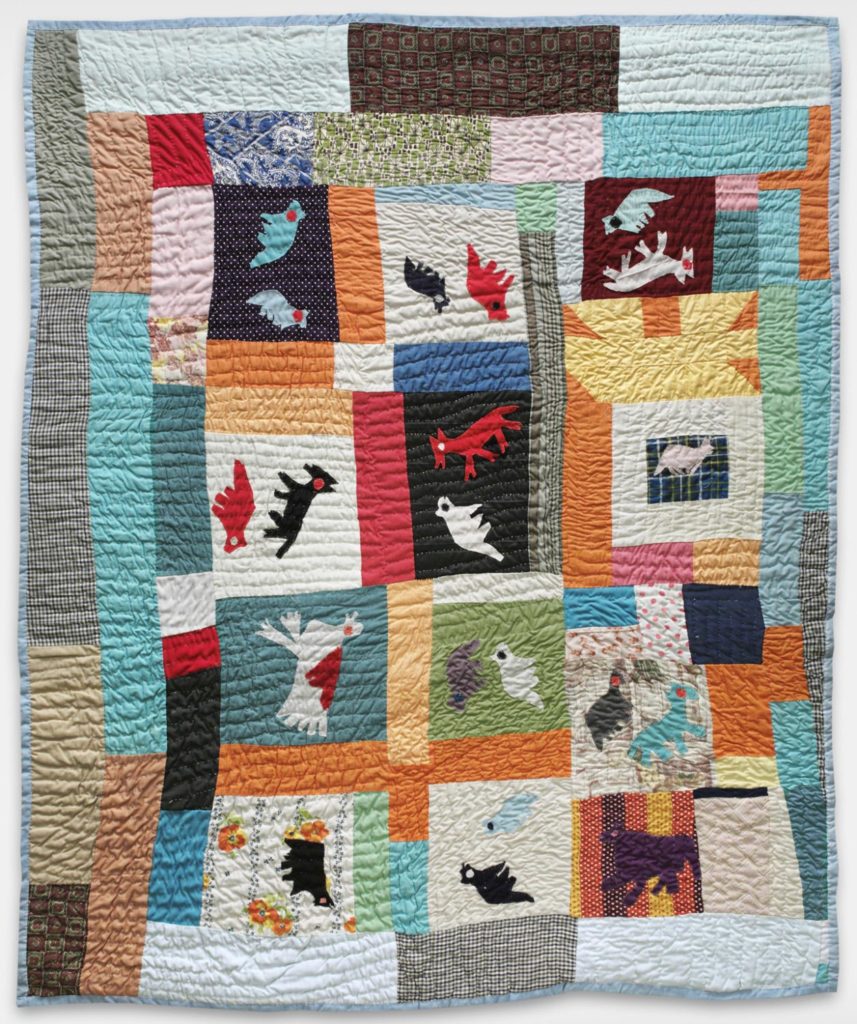 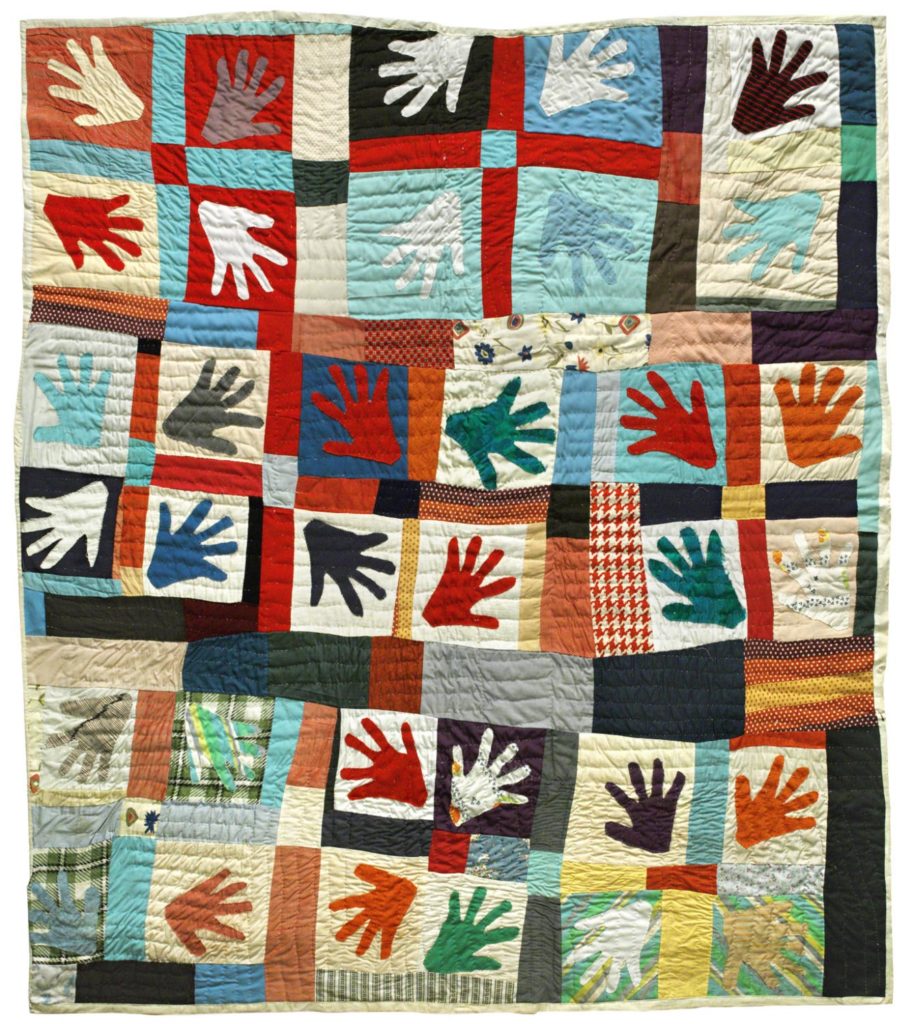 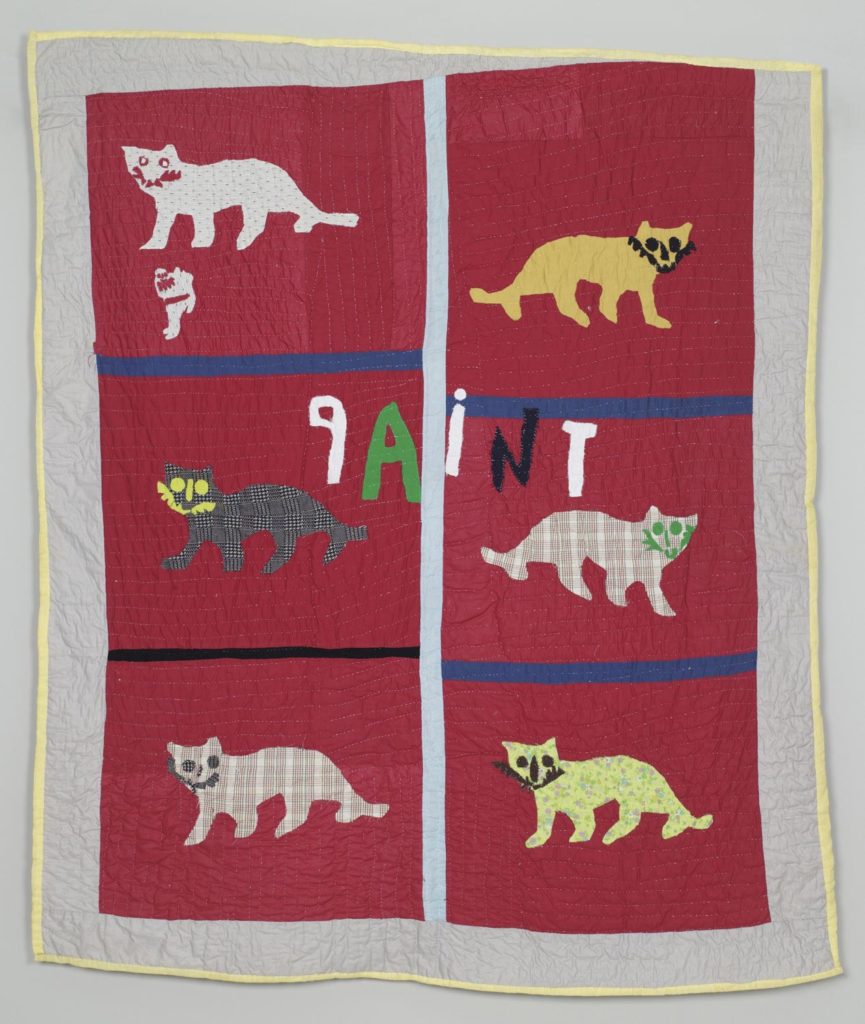