Women in Power in the Arts / Sister Rosetta Tharpe /

Sister Rosetta Tharpe (1915-1973) was an innovative gospel singer widely recognized today as the godmother of rock and roll. Tharpe is the first known artist not only to use an electric guitar in gospel music but to give the instrument a melodic role as important as the voice’s role. During her musical bridges, Tharpe would give free reign to her formidable guitar playing talent, unfolding soaring melodic lines puncuated by deep chordal rips and the occasional jump and leg pump; in essence developing musical tropes in the 1930s that would later be adopted by rock and roll legends Chuck Berry, Elvis Presley, Little Richard, and Johnny Cash.

Tharpe’s innovation was not always well-received, with traditionalists regularly criticizing and devaluing her innovation. Despite these attempts to derail her career or persuade her to adopt traditional approaches to gospel music, Tharpe remained deeply rooted in her religious beliefs and values and used her unique musical style to bring gospel music to audiences who would never have otherwise listened to it. Tharpe’s contribution to the development of the rock and roll idiom was finally recognized in 2018, when she was posthumously inducted into the Rock and Roll Hall of Fame.

Images to left highlight some of her significant albums. The “Inductee Insights: Sister Rosetta Tharpe” video from the Rock and Roll Hall of Fame provides a short but deep dive into Sister Rosetta Tharpe’s career and long lasting influence on the genre of rock and roll. 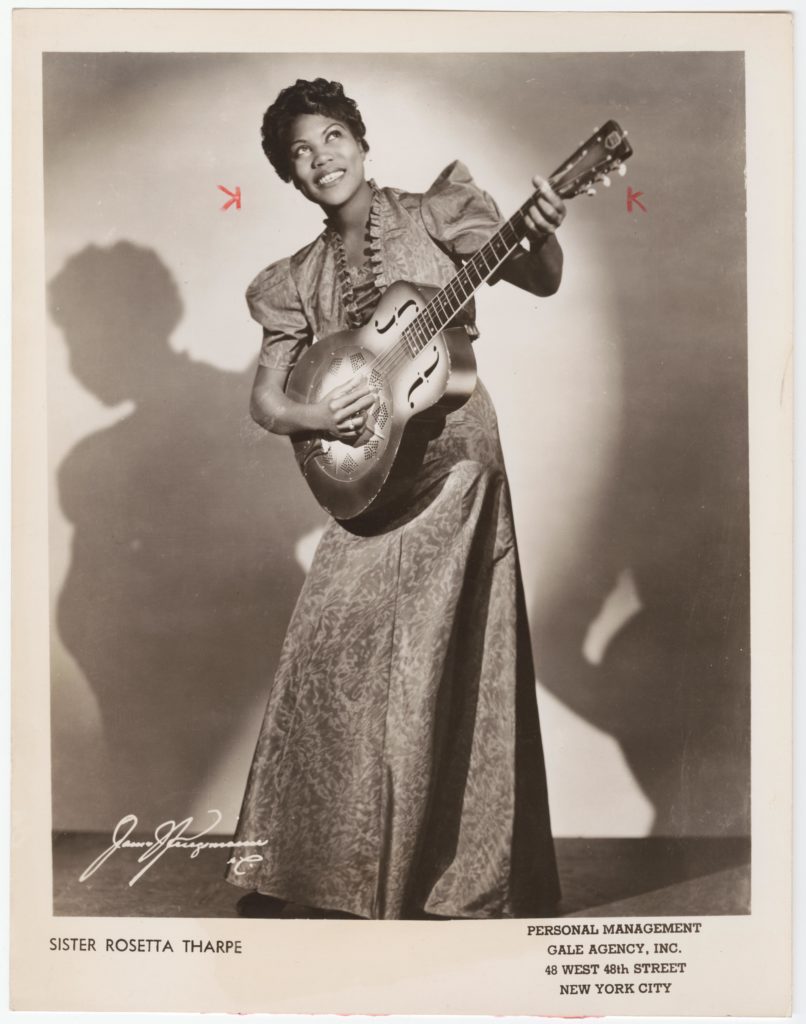 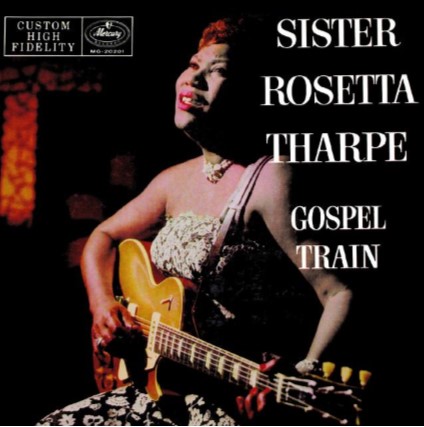 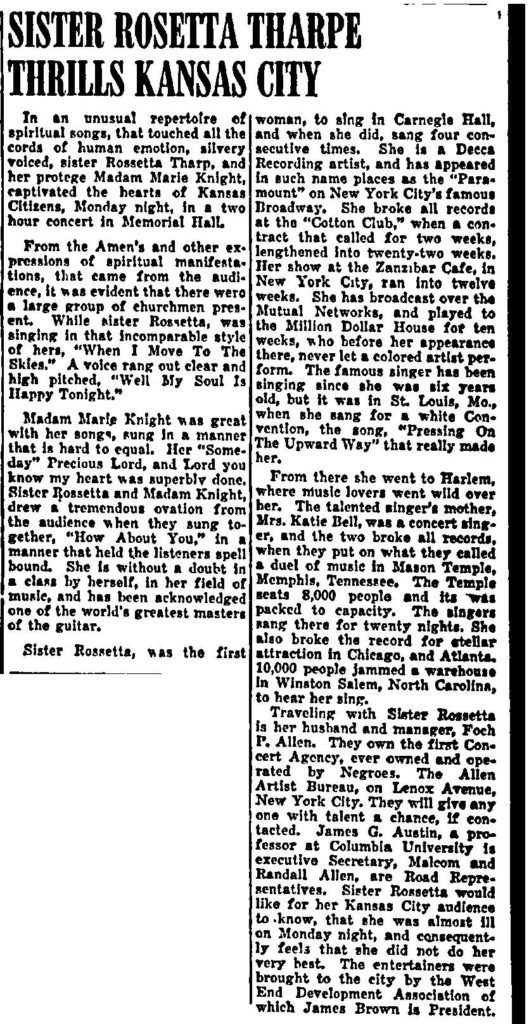 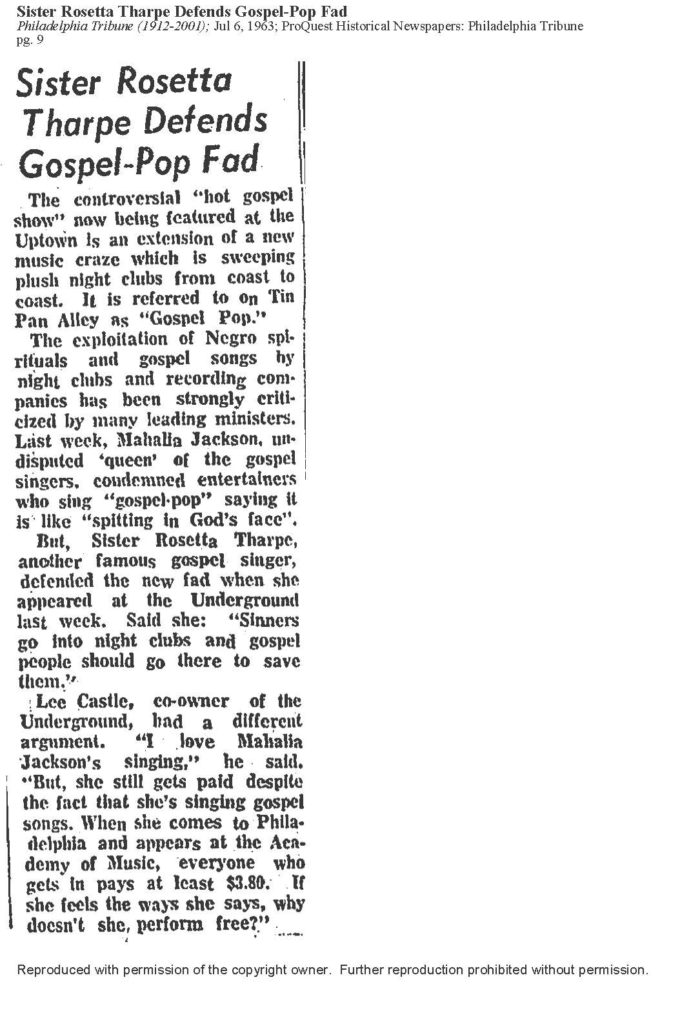